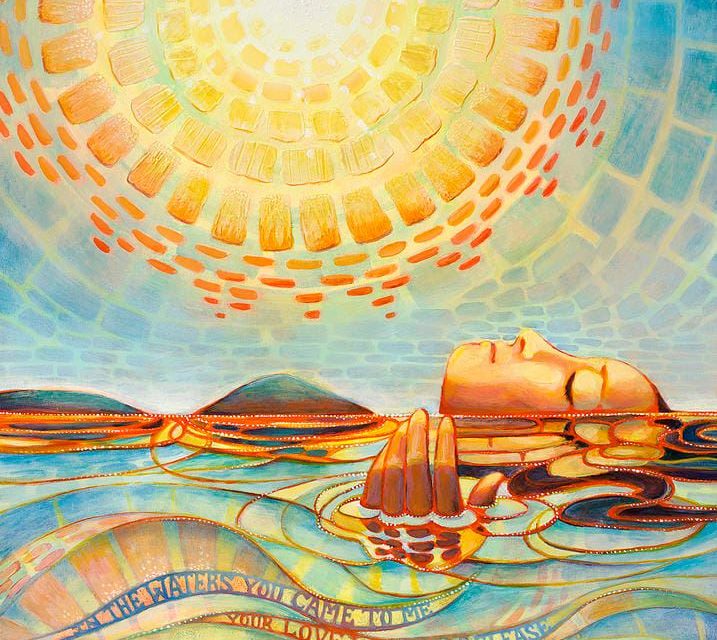 I decided this morning that I don’t want to be A Caricature anymore. A caricature is an exaggerated image or characterization of truth, of a true thing. And I don’t want to be that anymore. I don’t want to be an exaggeration. I have such a big personality- some people are one note, simple, and that’s okay. But I’m not. I’m a complicated human, and I’ve always decided which part of me comes out according to the situation or the person I was with. But I don’t want to engage bits of myself and suppress others. I just want to be me, whole and complete. Good or bad, right or wrong. No matter what anyone thinks about it.

That’s something I’ve battled for a long time, so I know I’ve rambled on about it before. I’ve openly struggled with it before- my inner identity crisis and trying to find myself in between presenting myself as the me everyone believes I am. But never have I ever been to the brink of exhaustion before trying to cater to the great balancing act that is life. And I realize I’ve made my life way more complicated than I need it to be, starting with myself. And guidance from Source has been there all along- I just didn’t see it for what it was.

Ha, I remember when I interviewed with boss lady Lisa a year ago, which was pretty easy but it was a 5 part interview which had me a bit rattled… She said, don’t be nervous. Just be yourself, because if a company you are interviewing doesn’t like you for you, you don’t want to work for them anyway. And I really had confusion with that. I was like …….. Okay. Yes. ………. Confusion. You mean… I shouldn’t put on airs to impress people? Then… what am I supposed to do? Clueless.

I did a personal tarot reading for myself the other day, and while I won’t go into rambling depth about it, it was interesting to say the least. The cards that came out were representing releasing of burdens, judgement, starting new journeys, forgiveness. I got a really fun new deck called the Rebel Oracle Deck- Zero Filter, Zero F*cks. It’s fun, it makes me laugh. So I was playing with it and I don’t remember exactly how it was phrased but it said not to give away my power, and to remember to eat which made me laugh since my Uncle made that comment about me eating the other day. Not to worry Dad/Tio/Grandma/Whoever is up there looking down on me today- I’m eating. Way. Too. Much!

A few days ago I got a friend request from someone named John, and it took me a few days to really think about who it was because the creeper didn’t have a profile photo. I accepted his friend request and then checked is profile thinking it might be private, but he had no photos or any means to identify him so I unfriended because I don’t need 5000 friends I don’t know. Come to find out, after I sat and thought about it for a while… I did know John.

John was this guy I met who looked like Mr. Clean. Extremely tall, porcelain white skin, bright blue eyes, bald. He liked to wear a white tee and jeans, and he looked JUST like Mr. Clean, so I used to tease him about that. He and I dated very briefly, but he was extremely overwhelming. I remember feeling back then so suffocated- he was so clingy I broke up with him. Generally speaking, I like clingy. Clingy is good. But he… he was not.

Several years later I ended up in the hospital for a few days due to my janky gallbladder lodging a stone in a bile duct or something… Let me tell you, that pain is right up on there with child birth, but different. I remember I was laying on the floor begging my Mom to take me to the hospital, but she was too busy so I had to wait for her to finish whatever she was doing. So eventually I made it to the hospital, and the next day John showed up out of the blue. I had so much pain medicine in my IV at the time, I wasn’t worried about who was in my room or why. But he came. I was in the hospital 4 or 5 days, and he was there for most of them, sleeping in the chair next to me. And eventually when they stopped giving me the pain meds and I got cranky, I started to feel overwhelmed again. He was trying to be helpful- to help me to the bathroom with my IV, but I could manage it alone. He’d come over and frequently kiss my forehead, which so many women would think to be sweet, but I was genuinely grossed out. At one point, I kicked him out of the hospital room. Go HOME!!

As an adult looking back- the truth about John is that he was a really sad person looking to belong somewhere, I think. He went to foster care at an early age- I don’t remember why, but he never was adopted. He was there until he aged out, and then he had no where to go. So his entire life has been a struggle. I don’t know if he ever even got his GED, but he wasn’t that articulate. It was difficult to have a conversation with him sometimes. His heart was so big, though. I didn’t appreciate it then. I didn’t appreciate what he had been through. Again, the person he knew, the person he remembers, isn’t me.

So I noticed he’s living in South Carolina, and we have no mutual friends. Just like Robey- there is nothing connecting us. No reason why I should show up on his lists. So I had to ask him… How did you find me, exactly? And he said to me, “Honestly Alicia you cross my mind time to time I remember last time you was going through some stuff but you still good people” He doesn’t use punctuation so neither did I. Cringe. I over punctuate, I enjoy it so much! Haha.

And that kind of floored me in a way. You just really never know the impact you’ll have on another soul, and I certainly never believed that I would be memorable to anyone in that way. I think about a lot of people in that way. Not consciously, but sometimes I’ll be doing nothing and a face or name will pop into my head and I’ll think… I wonder what ever happened to them?

All I could really do was apologize. I told him that I wasn’t really that good of a person when he knew me. I wasn’t great to him and I was sorry for that. I really am sorry, too. Again, as an adult, I can see now that he came to me when he was looking for more in his life. I accepted his offer, and then I let him down because I didn’t couldn’t give him what I didn’t understand. I was in my early 20s, but I think I was still mentally 16 years old.

Its a strange thing that these people are reentering my life. In the past year, I’ve had 4 of my exes come back in some way, shape or form. Chris showed up over the summer at my house because he googled me and figured out where I lived. Jared, I snooped on his LinkedIn and he caught me, and then that happened. I got carried away in conversation there. Last week, Robey, who “hey stranger”d me, and now John. A heart I broke during a time of which I couldn’t have cared less about who I hurt. I haven’t thought or spoken to these people in YEARS. With everyone, its been at least 7 years if not longer. Or way, way longer. And even Jodi, obviously not an ex, but still. Ex friend? Even her, it’s been probably 5 years.

Switching back to the esoteric and spiritual… I remember reading that 2021 is meant to close out chapters in life and in the process, bring back karmic cycles from the past to test us and see if we learned the lessons we were supposed to so we can finally move on. So we can come to karmic completion and really move on to the next leg of our path. I don’t know if that’s what’s happening to me, or if this is just a crazy coincidence. But no, I don’t believe in coincidence. Not a bit. All of this happening at the same time is way more than that.

But in a weird way, looking back on all of this, it makes me very appreciative of me, and my life now and where I ended up. Good, bad or indifferent. And now I want to open myself back up to these people who might need me in a new capacity today, in a way that I wasn’t there for them back then.

Because even though I’m still hurting, still struggling to process all of this, I’m beginning to feel more myself than ever. Again.

You and I are a lot alike, I think. I know I am extra extra, sometimes too much for some people, but I am at a point where I am so tired of not being ALL of me. I am hoping that I am on the tail end of my identity crisis.

I am experiencing a ton of revisits from exes and people from my past these past two weeks, and I was wondering why- but what you’ve said makes total sense. I need to temind myself that they are exes for a reason and keep it pushing forward.