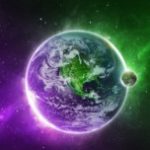 I'm a memory savant, gifted public speaker, baritone singer and former talented thespian living with Asperger's, if I could have any government title, whether it be real or fiction, i'd be a Romulan Praetor, Use my Debrune Teral'n, you don't make me!

I want you to think. Not panic.

I just returned from looking up and reading the latest news headlines and unfortunately, it doesn't look any good. Yes, we all heard about those tornadoes that ripped through the central part of the United States and Russia wanting to invade the Ukraine along with China wanting to annex the count...
Continue Reading...