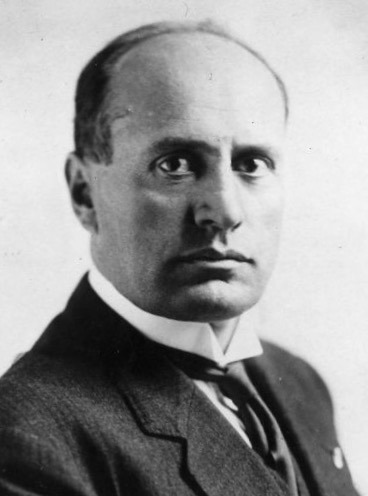 Don’t get me wrong, His Excellency Benito Mussolini made some bad decisions – especially in his choice of friends.

But the modern Italy we have today is largely due to his efforts, and if nothing else he deserves credit where it is due.  In the early-1900’s, most of Italy was still very much stuck in the 18th and 19th century.  His infrastructure programs modernized the roads, railways and buildings throughout the country, and brought energy and water to areas that were still pre-industrial.  His legacy lives on in his granddaughter, Alessandra Mussolini, and great-grandson Caio Giulio Cesare Mussolini.  Both continue to be active in politics, social and economic issues in Italy.

No one is all bad, and no one is all good.  There are no saints in politics or progress.  Here in the north of Italy, you can still listen to older people who say, “But if it wasn’t for him, I wouldn’t have gone to school. Things got done when he was leader. He built houses, stadiums and roads, he introduced pensions…before, you worked and got nothing.”

You will still find Mussolini calendars on sale at the newsstands here every year, and it’s not uncommon to see a photo or bust of the former prime minister proudly displayed in homes and businesses.

How we could use his wisdom again today!

@jaythesmartone A pale imitation at best.  But the snowflakes of this world wouldn’t let anyone come into power who might actually accomplish something.