I think I have started and failed at blogging 100 times in the last few years. It is not that I don’t want to do it, I just don’t like where I start and where I am. But it is time to get brutally honest with myself. So here we go. My name is Betsy and I am a food addict and binge eater. Lets start from the beginning.

I was born out side of Buffalo New York. I have an older and a younger sister. Until I was 13 my parents were married. I did not really have a bad childhood. I was never abused, no trauma to speak. I have always been bigger. You can see it in my old pictures. 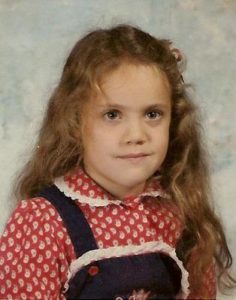 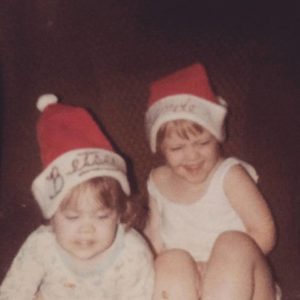 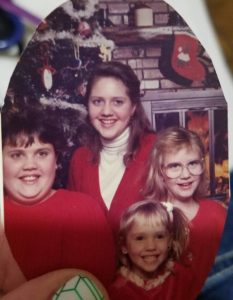 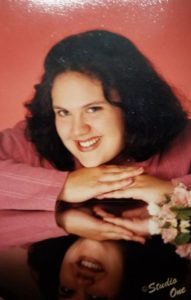 Growing up the chubby sister was hard. I got teased and tormented at school, my Grandparents would give my sisters treats and not me, my Mom would put me on diets all the time. This is where my problems with food started. I know my mother had good intentions, but forcing me to eat differently from my sisters, restricting everything for me, caused obsession and addiction. Whenever I was alone, either home alone, babysitting or anywhere else, I would seek out food. Any money I made went to food. I hid food in my room, I thought about it all the time. I was never taught how or what to eat. My unhealthy relationship with eating started young. My parents used food as a reward. Good report card? Food. Behaved at a family event? Food. You get it.

As I got older and bigger my relationships were strained. I never felt close to my sisters. They were both pretty, popular and skinny. I had a few friends, but not a very good support network. I turned to old reliable, food. It was my only constant. I would stuff myself until i felt sick, and then swear I would never do it again, i always did.

After high school it got worse. I was always alone. I lived alone, my “friends” were always busy. I had TV, video games and food. At one point i got to 360lbs. In 2008 I met a man online and it seemed to be right. He moved here from Iowa and we got married. I decided to get help and was referred for lapband surgery. That went great. My husband and I moved to Iowa. I was depressed. He isolated me from my family, as rocky as our relationship was, at least I had them, sometimes. I got sick. Constant stomach issues. I could not eat most food and doctors and my husband told me it was all in my head and it was anxiety. I went to the hospital 28 times and each time was sent home saying “just take your anxiety medication and relax” I really thought I was going crazy.

After 2 years of pain and vomiting all the time, I had enough. Without telling anyone, I made an appointment with a doctor in Columbia, Missouri. That was 4 hours away. I went to the appointment not thinking anything would be different. I sat with this doctor, that i found online and he actually listened to me! I was crying and telling him of the years of throwing up, and burning stomach pain. He sent me to the hospital that minute for some tests. I was alone, and hundreds of miles from home. I texted my husband to let him know I was having some tests done. He again told me it was just my anxiety. He was wrong. I had a barium swallow test done. As soon as I sipped the liquid, I saw the look of shock on the radiologist face. He told me that was enough. He had to call the doctor but i needed to call my family, i was being admitted.

Within an hour I was being rushed into emergency surgery. I could not even call my husband, they did that for me. My lapband had slipped, probably, according to the doctor, years before. All those pains and burning was the band moving. But that was not the worse of it. At some point my band had broken and wrapped its way around my stomach and pushed it up. My stomach was 80% herniated above my diaphragm. During surgery they discovered that the broken band and all the rubbing and  moving of the band had eroded a big portion of my stomach. I had stomach acid leaking into my abdominal cavity, I was also septic. After 8 hours of surgery I was taken to ICU, where I spent 3 weeks. They had to remove a portion of my stomach, it could not all be repaired. I was on IV antibiotics and I do not remember most of that stay. Oh, and my husband came down the night of my surgery and left the day after. He got updated by phone.

After that surgery, I eventually healed. And I could eat. So I did. I went from around 320lbs to 420lbs in a matter of 2 years. I was miserable. My marriage sucked, we were no more than roommates. Then in 2015 I found out he was cheating on me. I left.

I was working for an electric company in the call center on overnights. I spent all of my time alone. No family in Iowa and all my friends were his so, I had no one. I remember checking my email on Thanksgiving. I had offered to work the emergency line that night. I had no one to spend the holiday with, so i might as well work. They had started a new wellness program. Track your activity and get points towards lower health insurance premiums, AND gym memberships. 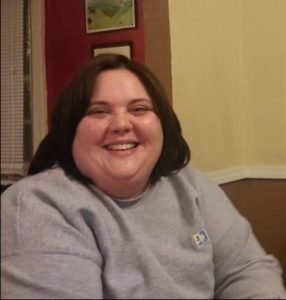 I had no idea what I was doing. But it became my routine. I couldn’t do much. I started walking in the shallow end of the pool. I did it daily. Then I met a woman named Kelly. She said I should do the tuesday and thursday morning water aerobic class with her. I did. I met some amazing women and i was actually losing weight. By June 2016 I had lost 50lbs in 6 months and I was feeling so good. They gym and the women from that class helped the depressing loneliness I felt.

At the same time, due to the wonders of Facebook i reconnected with a friend from Buffalo. She was also divorced and now living near Portland, Oregon. She offered me, my dog and two cats a place. So in August 2016 I left Iowa behind and moved.

It has not been easy. I sold everything I owned to move. And it has not been smooth sailing. But it has been so worth it. I have a great job, I am going to college for the first time and and doing pretty well. I have had a few terrible relationships. And the gutted me. But I have now lost 140lbs. It was 165, but i still struggle with food addiction and sometimes binge. It is a battle. But at 41 I need to get it under control. I need to lost more weight. I now weigh 265lbs. I want to get to 180lbs. I have started talking to a counselor. We have an app through work that I can do it all over the phone. I had to get back to basics. Part of my therapy is I need to express my feeling in a constructive way. I still feel like i have no one really to talk to, so I am doing this. I will try to blog a few times a week. Progress, sadness, struggles all of that. My first assignment was to get my story out. Next up will be admitting my triggers with food and making a plan. I was told no more restricting. Nothing is off limits. My therapist told me the restriction is what causes the binges. I will also be tracking my food in MyFitnessPal. She wants me to do that to give me a guideline on what and how much to eat. I also need to step up my workouts. Thats hard with working full time and going to college, but i will make it work. And btw here is me now. 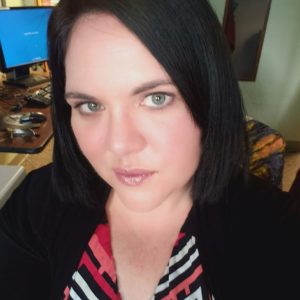 Still not where i want to be, but so much closer than I have ever been.

First off, you are gorgeous, and I too have troubles with binge eating. And the meds I’m on also cause me to feel hungry all the time doesn’t help

@pastelblack thank you! Binge eating , man it freaking sucks. But this helps, talking about it, venting, sharing. It was getting so dang bad that i swear this counselor is amazing! she suggested blogging. And it just felt so good to get all of that out!

Wow, sounds like quite the journey. The story about having to go into ICU makes me upset because no one was listening and it clearly was a very serious issue. I’m glad that everything is turning around though.

Welcome to OD. I hope that you are able to stick with it this time.

@heffay It was horrible! They had me convinced I was crazy! And I am going to try my best. I feel like the best thing i could actually do was get into therapy.

@betsylynne Oh, I’ve heard horror stories. From what I’ve been told, women are often ignored or taken less seriously when they go to a doctor.

@heffay and dont ever be diagnosed with anxiety, they will never believe you again

@betsylynne oh, yeah, I’ve been diagnosed with anxiety. So I’ve dealt with that stuff.

@heffay its so stupid! even anxious people get sick!