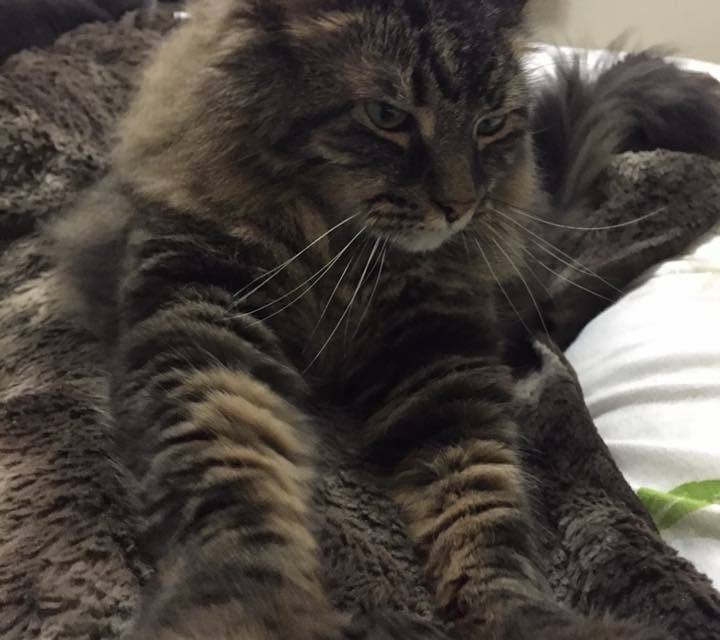 I have been remiss about writing. Let’s just say it’s been a hard week. Aslan left us a week ago today. He was probably 15-16 years old. He passed away during spring break which gave our son time to mourn before school was back in session. He was a good cat. No. Great cat. He never scratched or bit or harmed anyone. And he is greatly missed. Will always be missed.

We adopted him 10 years ago.  He was estimated to be 5, maybe older.  You can never really know when adopting older cats.  Such a special, special kitty.

He crossed the rainbow bridge

Yesterday we we found out a cat was up for adoption at the local shelter. They told us she was around 4 years old. It was a decision we made together to give her a home. So we took her to our vet today, she is FIV negative, not 4 years old, she is between 7-8 probably the vet said. She has a double ear infection. Which we have drops for(as well as a rinse for to clean her ears) and a slight eye infection which we have drops for and a powder. She also has a slight murmur. Next month we are probably going to have her thyroid checked to make sure she doesn’t have hyperthyroidism. Do you want to meet her?

Well that is all I have.  We made a spot in the backyard for Aslan and planted a tree there.  It is an Oleander so it should hold up in the weather since I am so close to the coast.  We are calling the tree Aslan’s Oleander.

Aww…sorry to hear about your kitty. I had to put my down in January 2017, she was 15 and developed some kind of autoimmune skin disorder. Always hard to lose a pet when they’re like family but glad to see you found a new furry friend to love.

I’m sorry to hear about Aslan – he certainly was beautiful. Patches looks lovely 🙂

I’m so sorry.  My cat, Ankhesnamun, passed away a few weeks ago.  I know there’s nothing anyone can say to make it better.