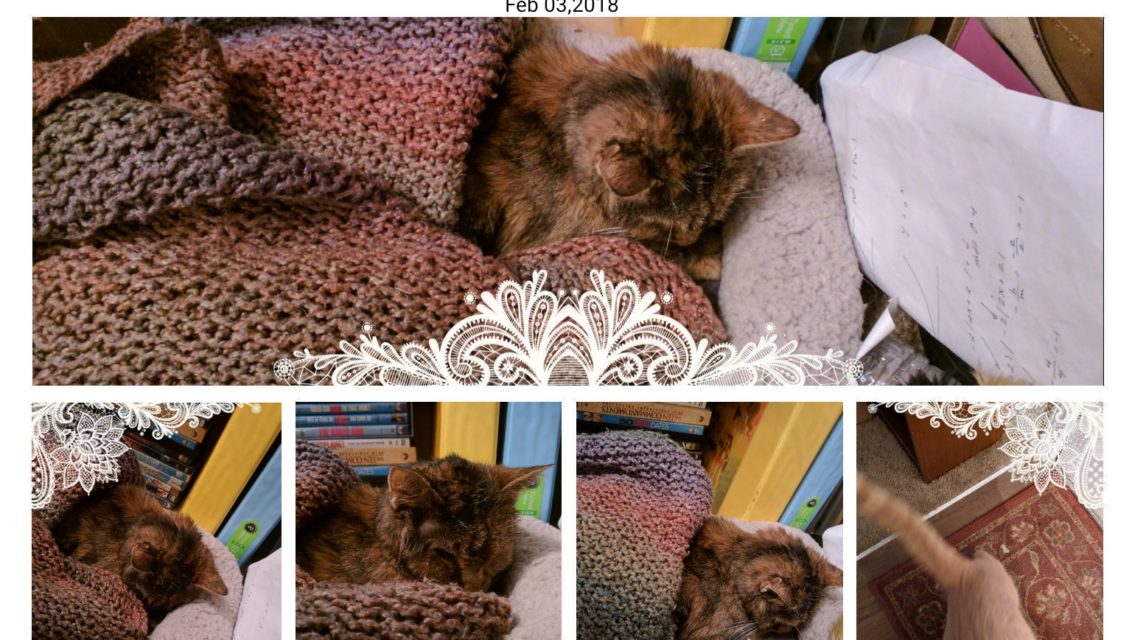 I can take her to the vet on Wednesday.  I thought we could go today, but they’re short a doctor, I guess.

She ate last night and even tried to take Peach’s food. But she wouldn’t eat this morning, though she did come out to drink some water and pee next to the litter box.

She’s in her kitty bed, surrounded by boxes of things I’m giving way, snuggled in her rainbow blanket. I made that blanket during my freshman year of college and didn’t adopt her until at least two years later, but I can’t remember a time when that wasn’t her blanket.

She wouldn’t let me tuck it over and around her if she were herself.

I told her that it’s okay if she hurts and she needs to leave. Hell get to see Imhotep and Whack-a-Mole (but only when she wants to) and all the other kitties. And she’ll get to run outside and chase birds and maybe finally catch one. And shell be able to run fast and jump high and she won’t hurt anymore. And someday mommy will be there with her again, too.

I wonder how much I believe that versus how much I feel like I have to believe it. I wonder if she’ll make it to Wednesday. I wonder if there’s anything they can do or if she’s just fading away.

I don’t know why I do this to myself. Fifteen years sounds like a really long time until it’s over and you have to say goodbye.

I wonder what I’ll do in the coming days instead of holding her and how horrible I’ll feel about those times. I wonder if these will be the last pictures I take of her, and if I’ve already taken the last picture of her where she looks like her old self.

She just seems to have declined so rapidly in these last two weeks or so. Is this because I let Peach stay? Did Suna get sick from Peach?

The night when Imhotep died, he wouldn’t let me hold him. He crawled under my desk and wanted to sleep there. When I woke up the next morning, he was cold and stiff and I hated myself for sleeping and I hated God for taking my best friend and leaving me alone. I prayed out loud, and begged, and pleaded, and promised I’d do anything, and swore I had faith that he would give me my kitty back, and when he didn’t, I screamed and raged and told God I hated him. That lasted for days, at least. When Imhotep died, that was almost the end of me, too. I stopped eating and started being as drunk as I could as much as I could and then my liver failed and I’m “lucky” to be alive.

I had Ankhesnamun then, but when did I start appreciating her? My parents kept the cats in their garage. When I got back from treatment, I was shocked at how bony Suna had become. Why didn’t I insist that she go to the vet or I wouldn’t go back to Nashville?

And, of course, the last picture in the collage is Peach wanting to be in a picture but being physically incapable of standing still long enough.

These last two were taken on 20 October.  The change is distressing.  Her face looks haggard now, ungroomed, and her eyes are never fully open anymore. 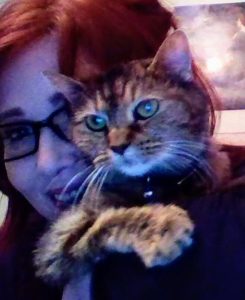 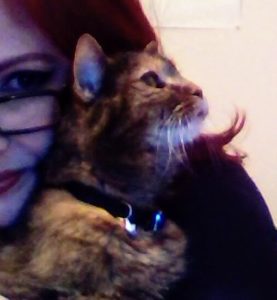 Just when I thought I was done, with this entry, Ankhesnamun got up… 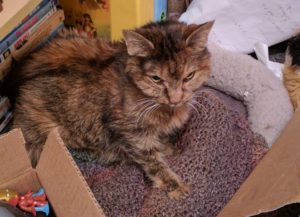 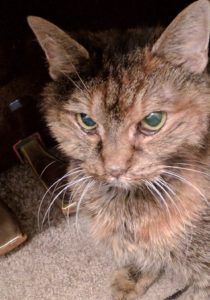 decided to sit under the piano for a while, since she can see me and Peach has to go through me to get to her…and also because, when I decide to play, it means I have to pick her up and cuddle her while I relocate her…. 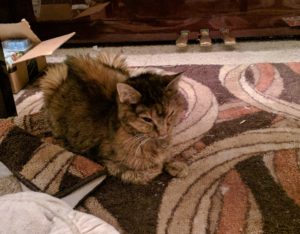 got bored with that and switched to her other claimed spot, directly beneath my piano bench and behind rather than in the kitty bed I put there for her…

and, finally, decided that she wanted to hop up, which she’s no longer able to so…but she knows that if she reaches and I hear her claws, I’ll stop what I’m doing and help. 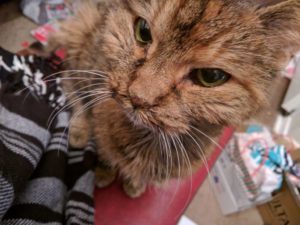 I love her so much.

So sorry that she is so sick – she was such a beautiful cat, and it’s nice at least that you have many happy memories of her.

I am so sorry that she is sick. It is hard watching our fur babies go. Sending thoughts, paraders and good vibes your way.

Ankhesnamun is just precious. She does look pretty sick and I’m so sorry about that. I hope when you take her to the vet that she will be helped. She will have a long recovery time ahead of her but maybe she will make it. This is my hope.

My thoughts are with you and I pray she gets better…

Sweet girl. She reminds me of my childhood cat.

Thank you for accepting my friend request.

This entry give me so many feels. Kitty love is a deep pit of love and when stuff happens.. well let me say. The hardest cries I cry are over my kitties.

I am so sorry to hear about your cat. They are family and it is very difficult to let go. Hugs.

@psmathers Thank you. Today, when I came home and opened the door, it took me a moment to realize that she wasn’t there to meet me.