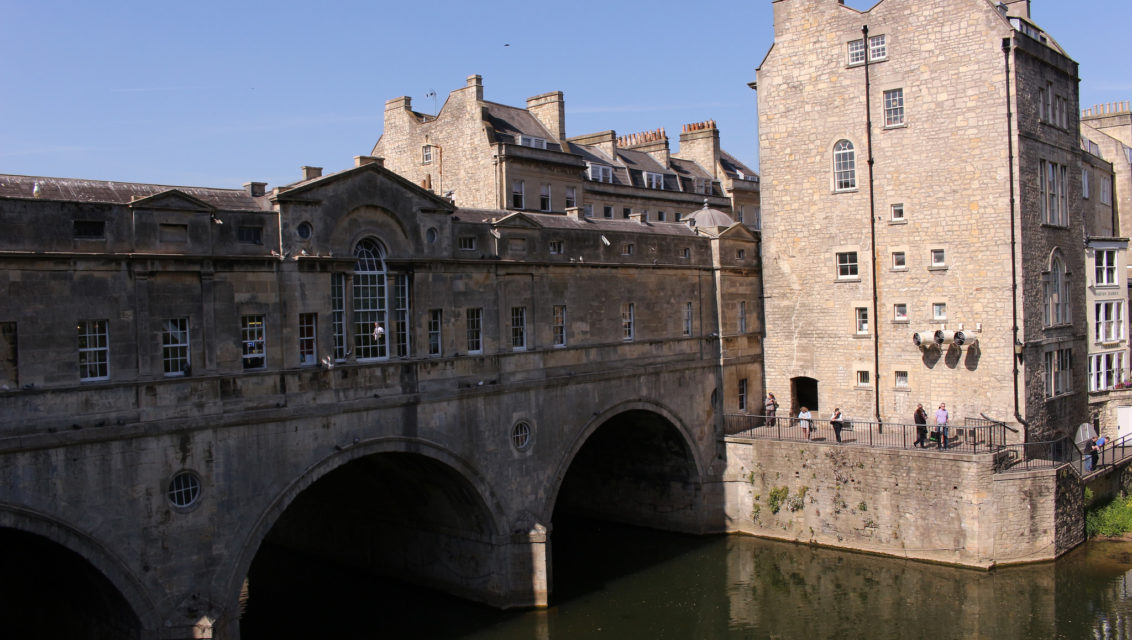 I’ll repeat what I said last entry, and apologize for what will hopefully be a tremendous influx of entries over the next few days… I need to finish this!!! A year ago today I was in England, and I am STILL writing about it!!! So I am determined to get it done, and I will not be at all insulted if nobody reads it. I love having these travelogues to look back over, and they are great references for future trips. And there WILL be future trips. Not anytime soon, unfortunately (sighs of relief all around, I know) but one day. So, I’m doing this largely for myself.

One more round of Bath!! This was our second Bath day – Wednesday, May 10 (A YEAR AGO). We also toured the Roman Baths that day, which I wrote about in the last entry. Not confusing at all. Mostly we did a whole lot of wandering around. We walked up to The Circus, which is a historic street of curving townhouses that form a circle. It was finished in 1768 and is the ultimate example of Georgian architecture. Also, it’s gorgeous. 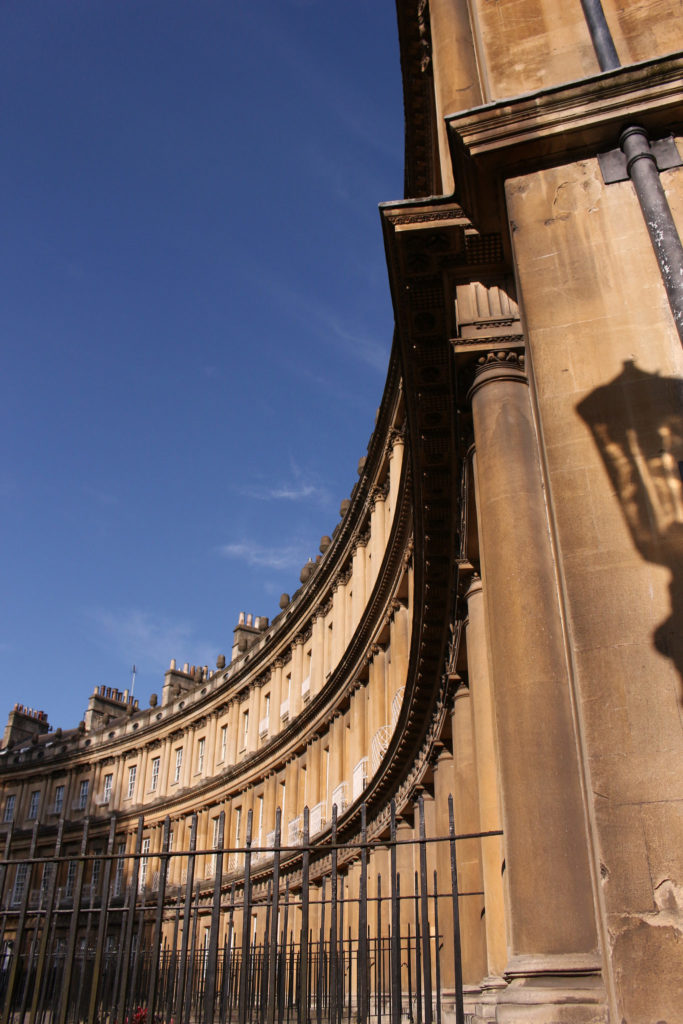 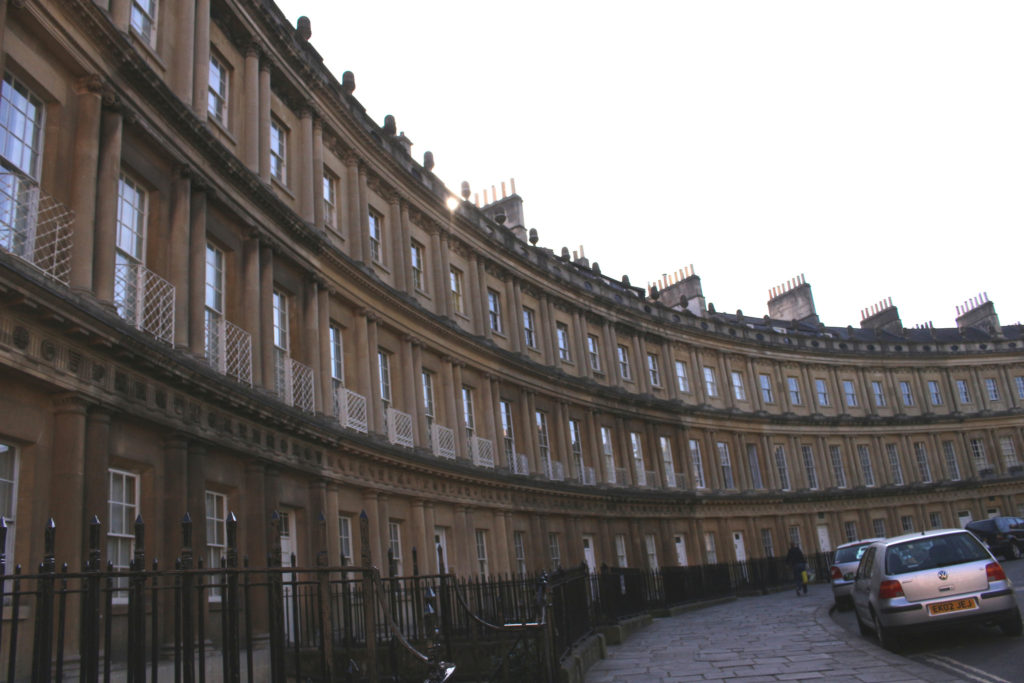 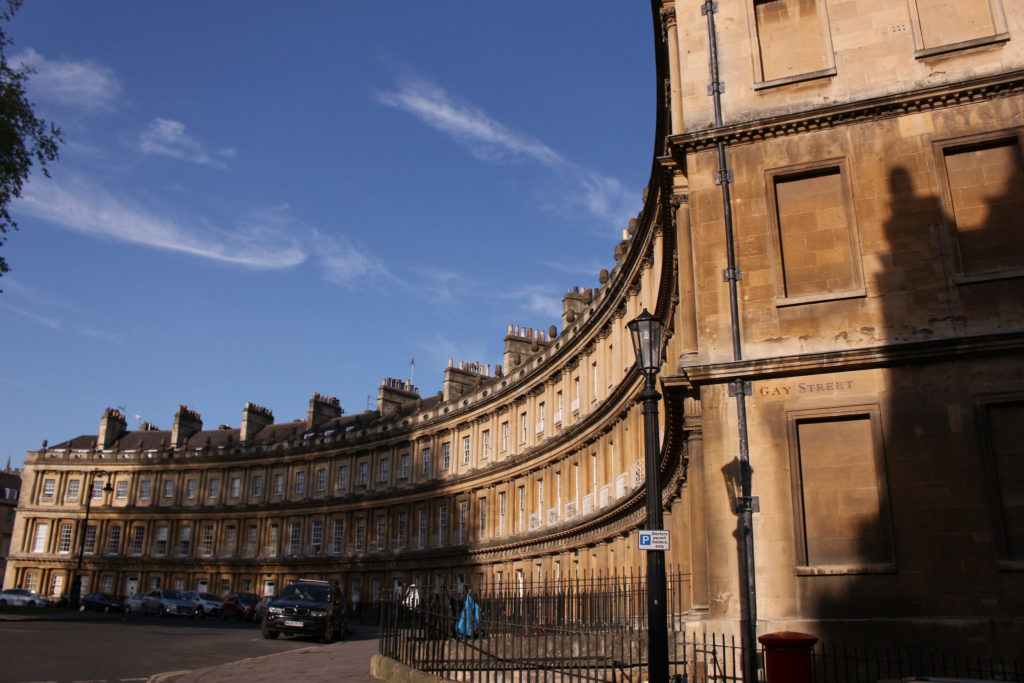 Then we walked up to The Royal Crescent, another Georgian architectural wonder. The Royal Crescent is 30 terrace houses built in a huge crescent. It was built between 1767 and 1774. It is basically impossible to get a good picture of unless you’re down on the lawn…. and there was a fence keeping you from going down on the lawn. I assume the lawn is for residents – it’s much wider than it looks here. 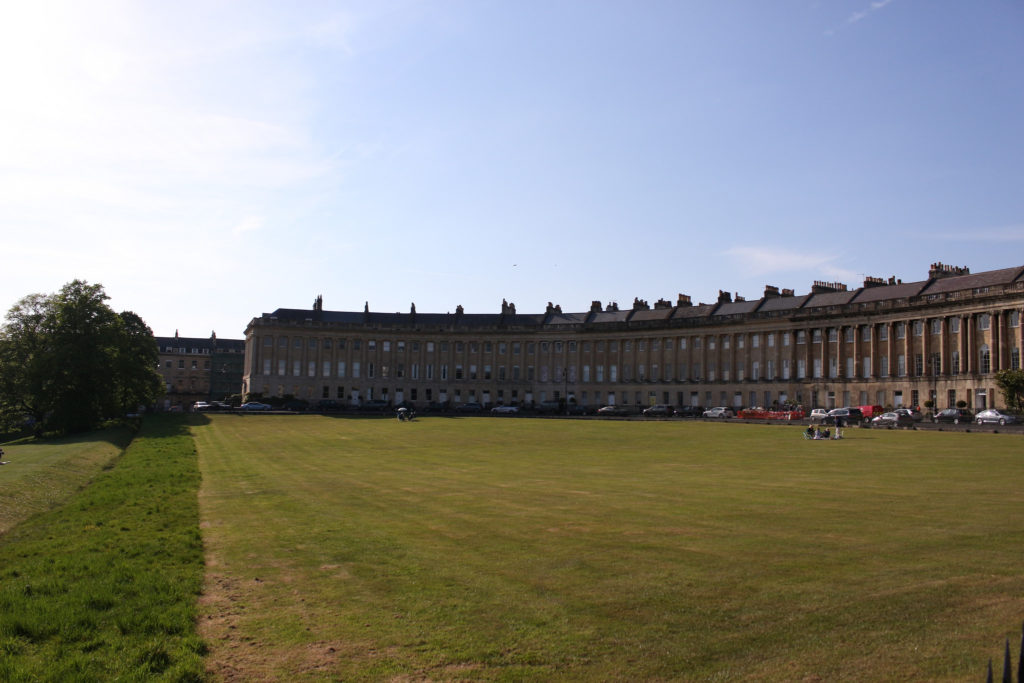 So naturally I stole a panoramic photo from Wikapedia to show you how enormous the Royal Crescent is: 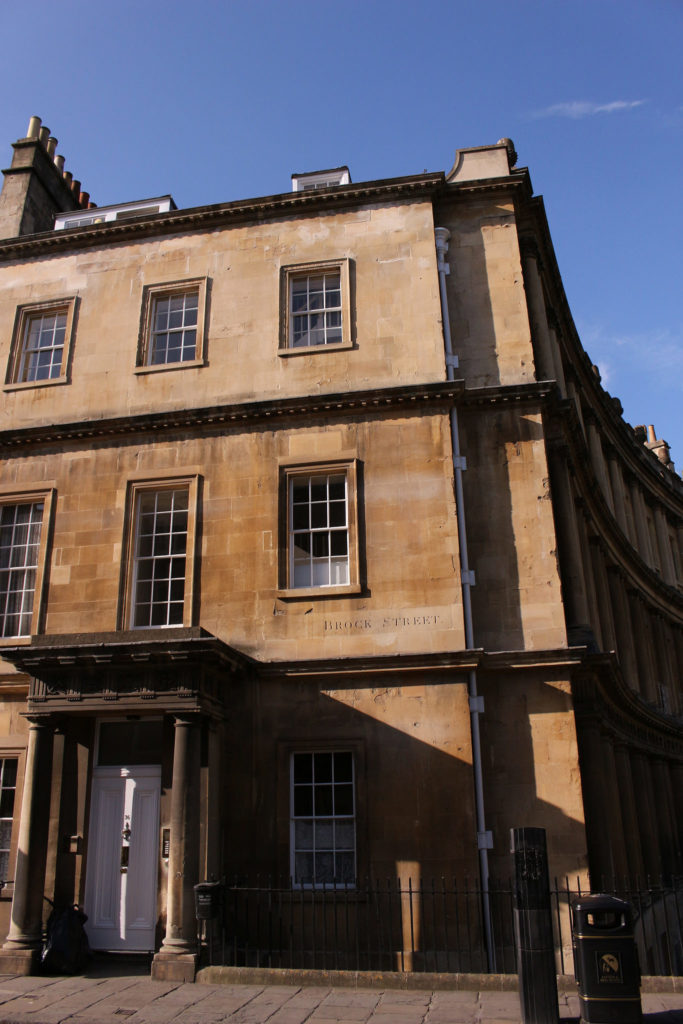 These are back at the Circus- this frieze is part of the facade on all the buildings, and there are 525 emblems- they are of all sorts of things: representations of arts and sciences, nautical symbols, serpents… 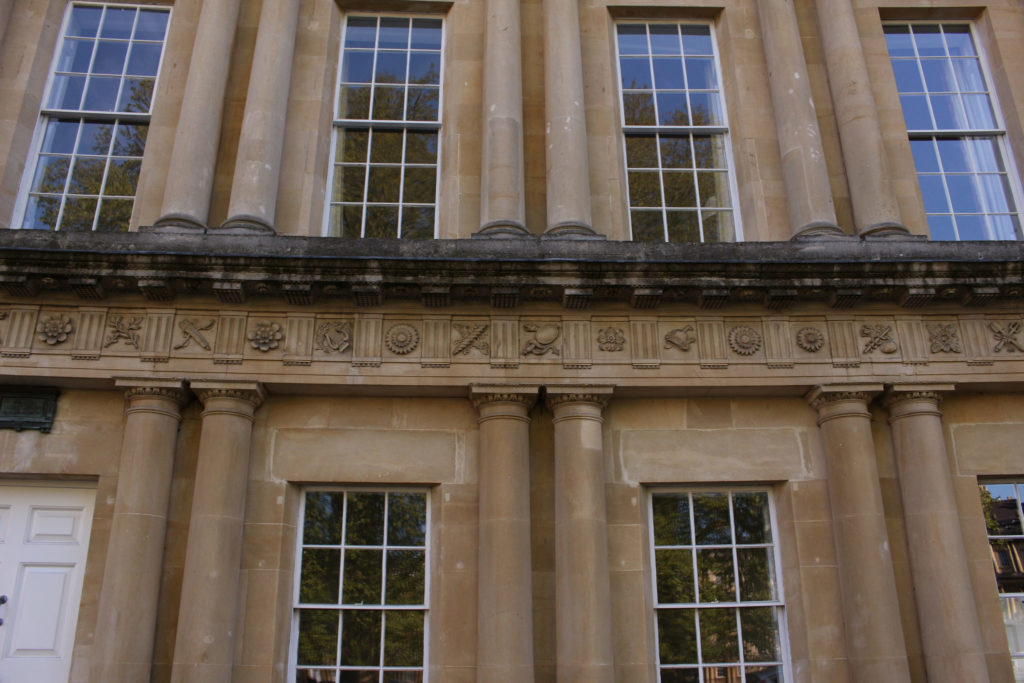 And back to wandering about! (Sorry for the occasional out of order picture- I have had an awful time trying to move things around once I’ve gotten them uploaded. As in I can’t move them at all. I could delete and re-upload but that’s too much work.) 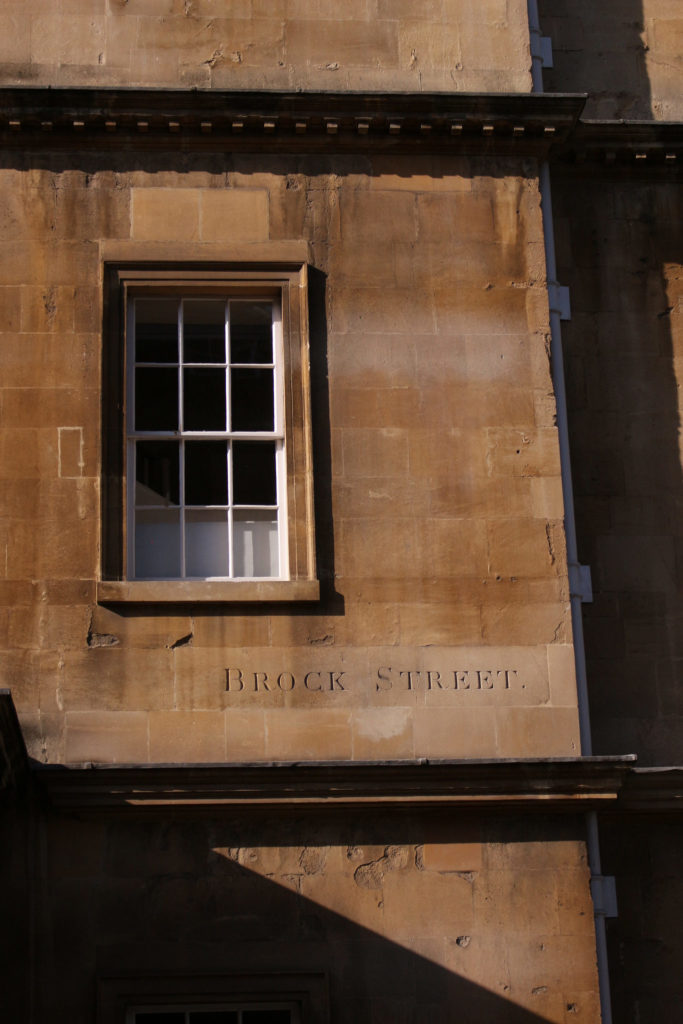 In an example of how you really should not wait a year to write a travelogue, I thought we just went to one pub in Bath that day, and had beer. Looking at my travel journal, we went to two. The one I actually remember, the Hall and Woodhouse , was where we had a beer- I had the tasty Badger pictured below. We also ate dinner at The Cross Keys. Apparently. I have no memory whatsoever of the pub…OH I have just figured it out! It’s not right in Bath, and we ate there that night after driving to Castle Combe and back. Still, don’t wait a year. It makes things MUCH more difficult. 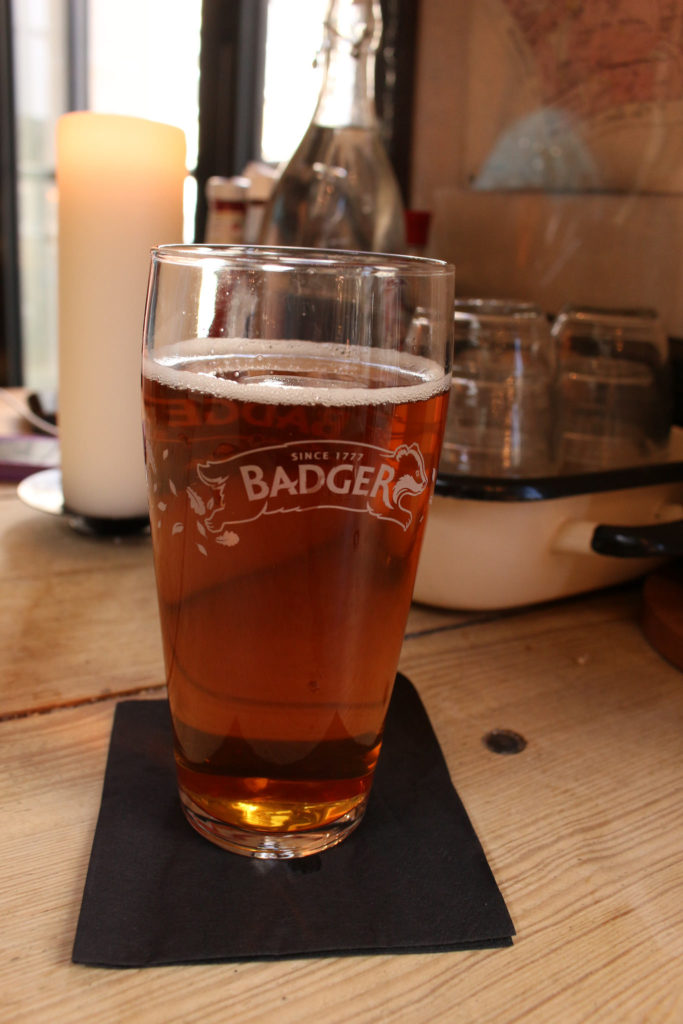 This was out the window of the place where we had the beer. Maybe. LOL, no, I think it’s just a window reflection. Again. Don’t wait a YEAR. 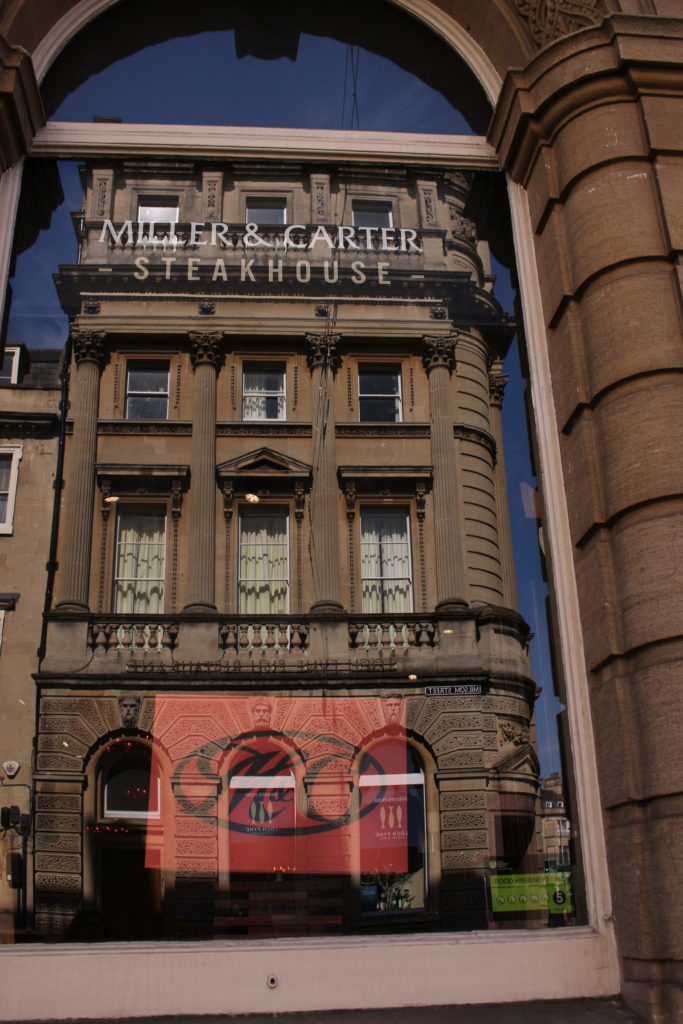 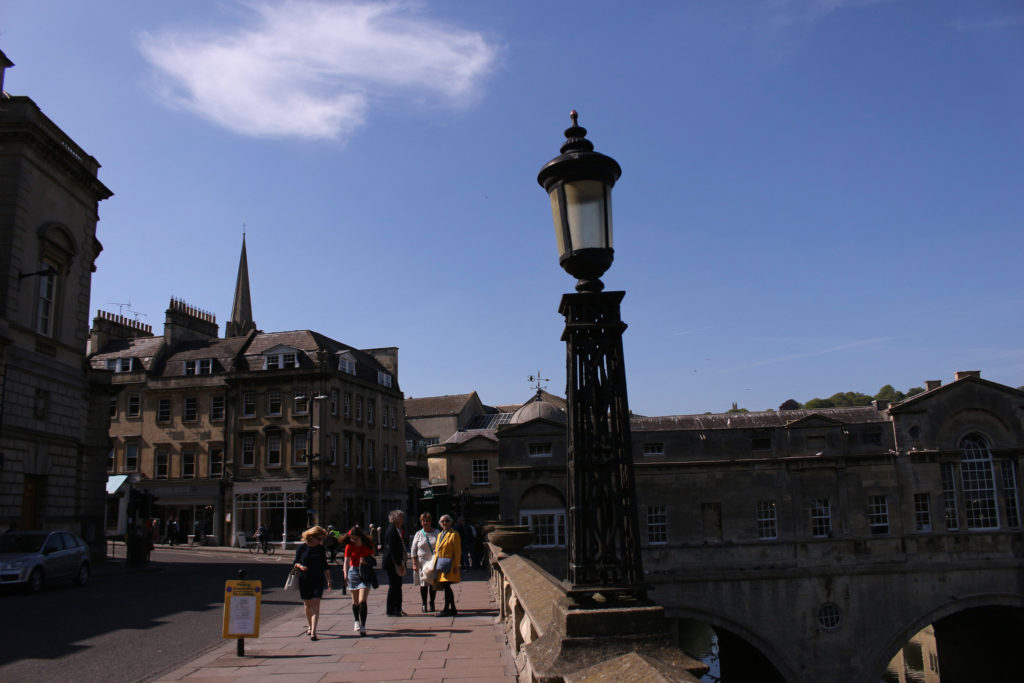 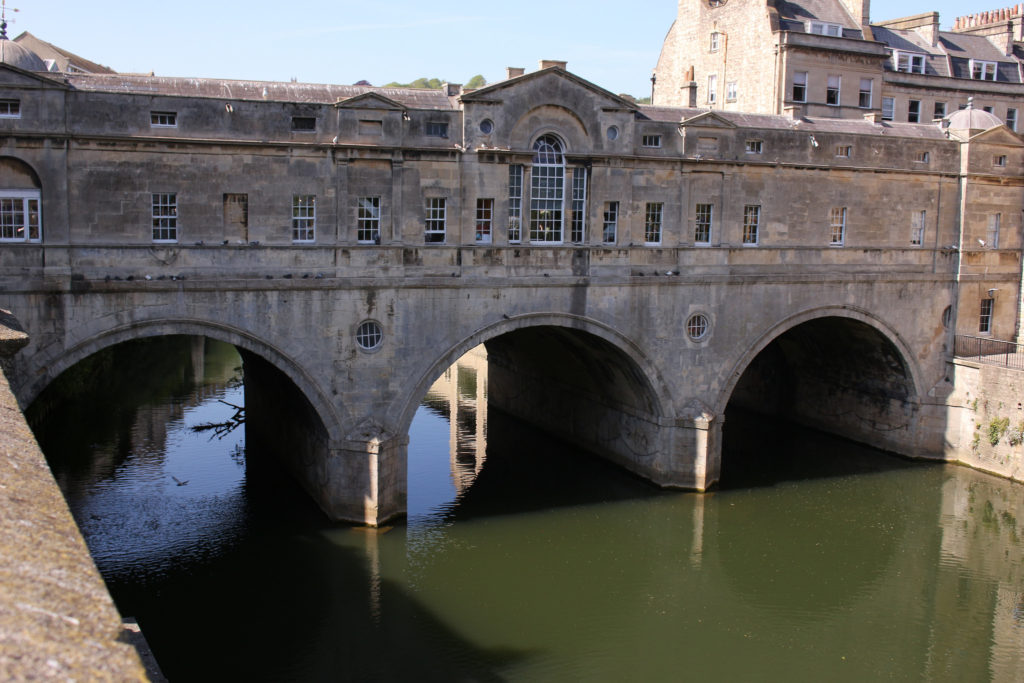 The really interesting swirly things in the river right before the bridge. It’s the River Avon and I’m sure I could find out what is behind the terraced water, but I will never get this done if I keep stopping to look everything up!!! It’s really pretty. 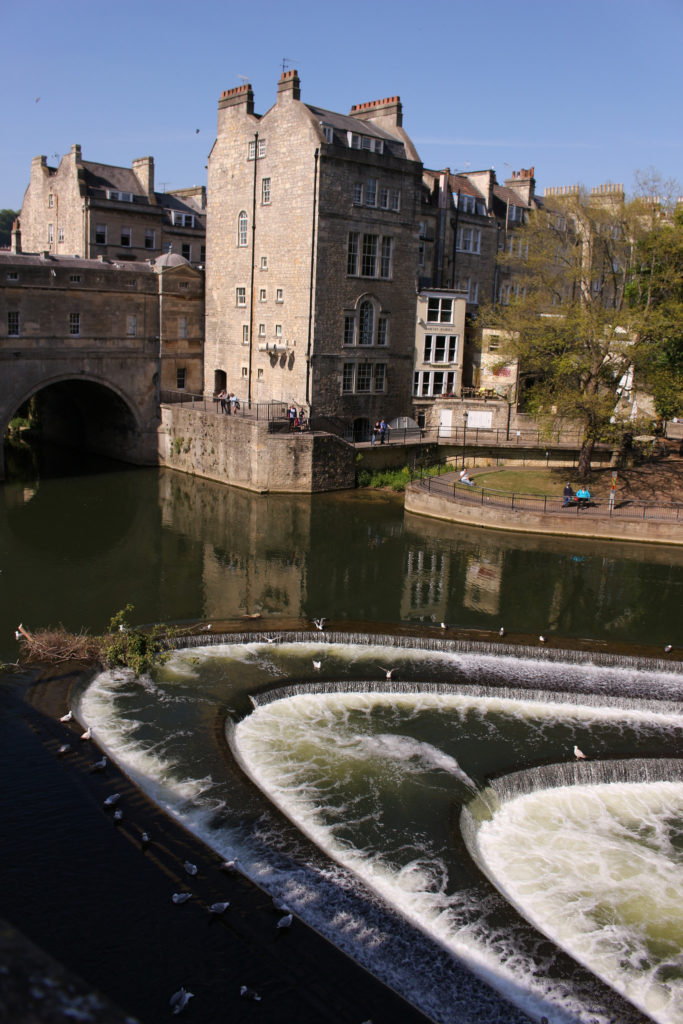 Jane Austen looking quite peeved at us for yet again not touring her museum. I realized after the last entry, in which Kim had the bizarre issue with her credit card company – in that they cut her card off for no good reason – that we decided to skip it largely due to her worries about finances, especially after losing access to that card – the ONE card she bought, outside her debit card and her mom’s credit card that she did not want to use but had to after that. We did go into their very nice gift shop and bought fun little gifts. Oh, Jane isn’t real but that other guy is. 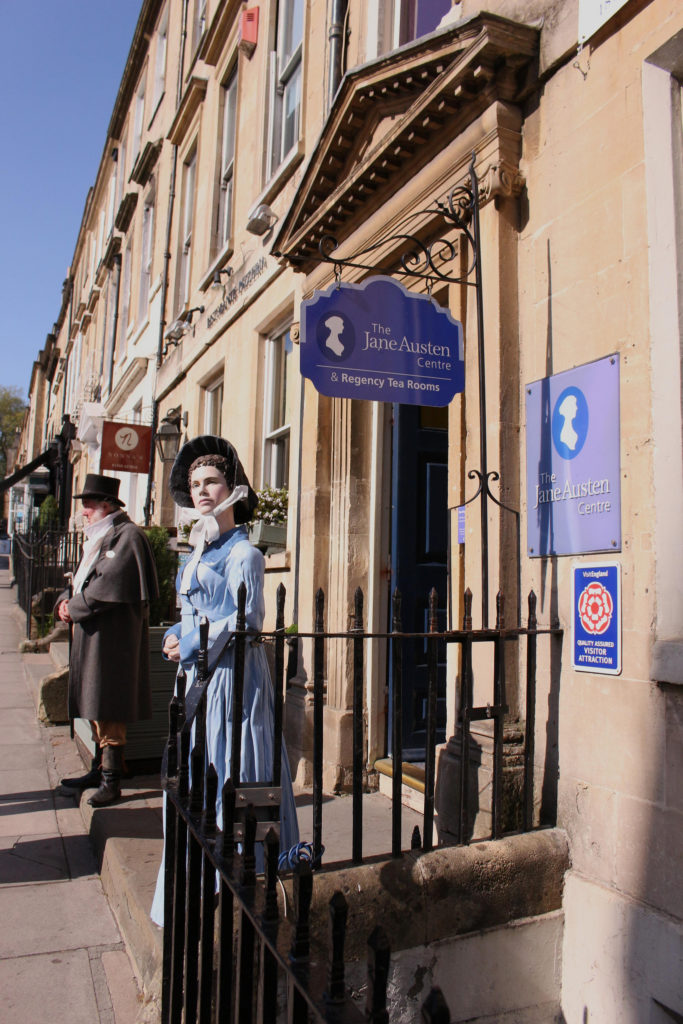 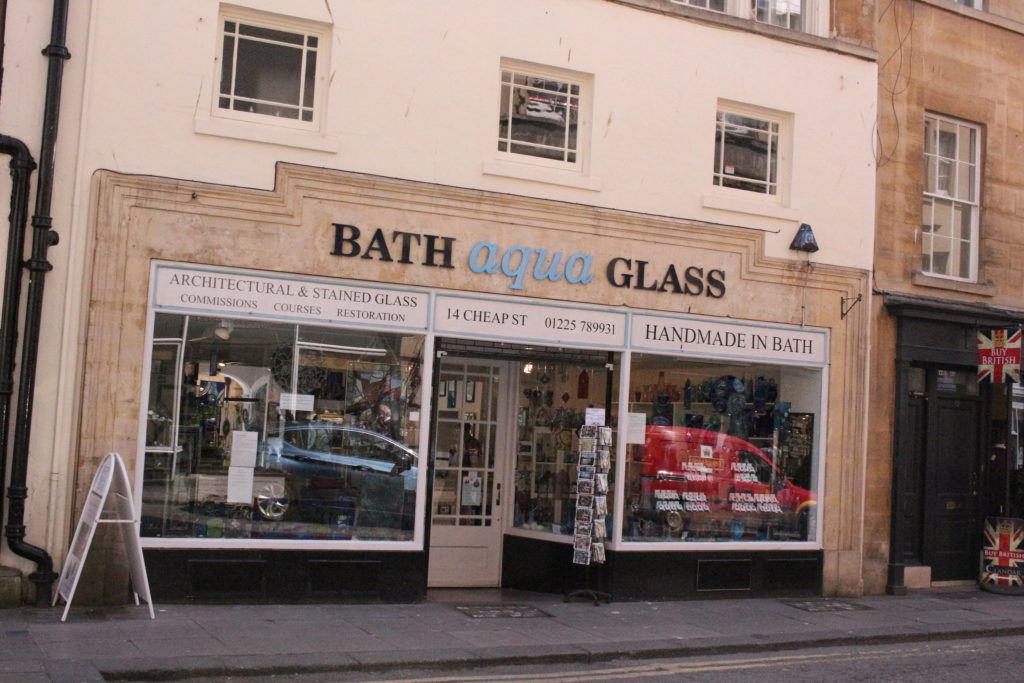 We had lunch at the West Cornwall Pasty Company. I see via google that it’s actually a chain- which makes sense as we were not in Cornwall at that point – Bath is in Somerset. But it’s a good chain, as out of the several pastys we had, this was by FAR the best. And it was onion and cheddar, which didn’t sound that delightful but was the only veggie option. OMG it was good. As was the fizzy drink, which we actually do have here at a few places. Like Panara. And I think Publix. We sat outside and enjoyed the sunshine and Bath. 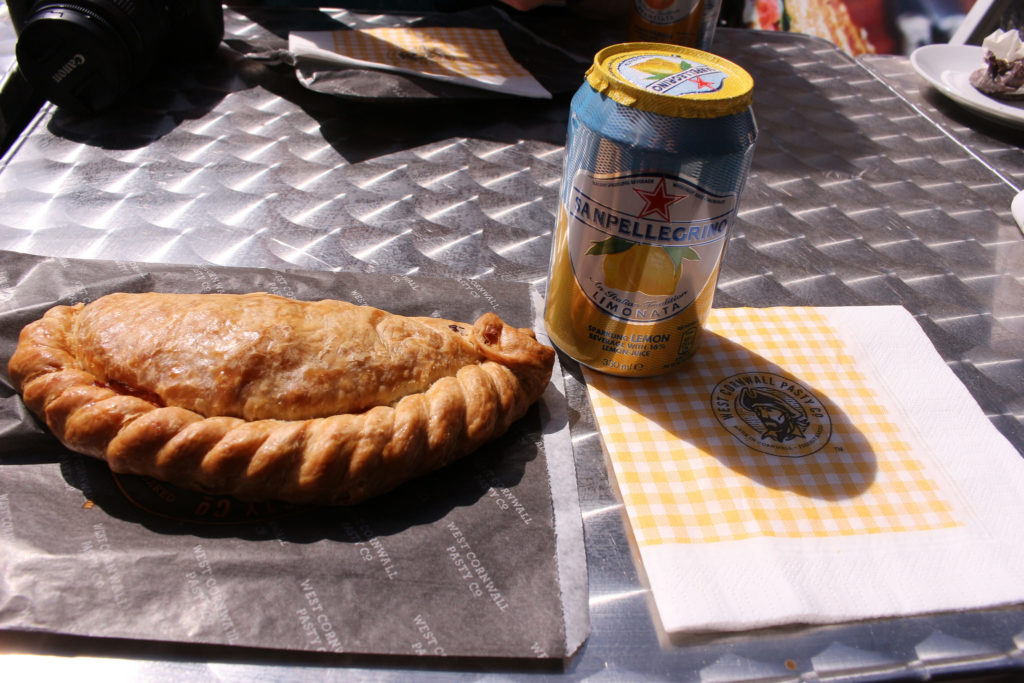 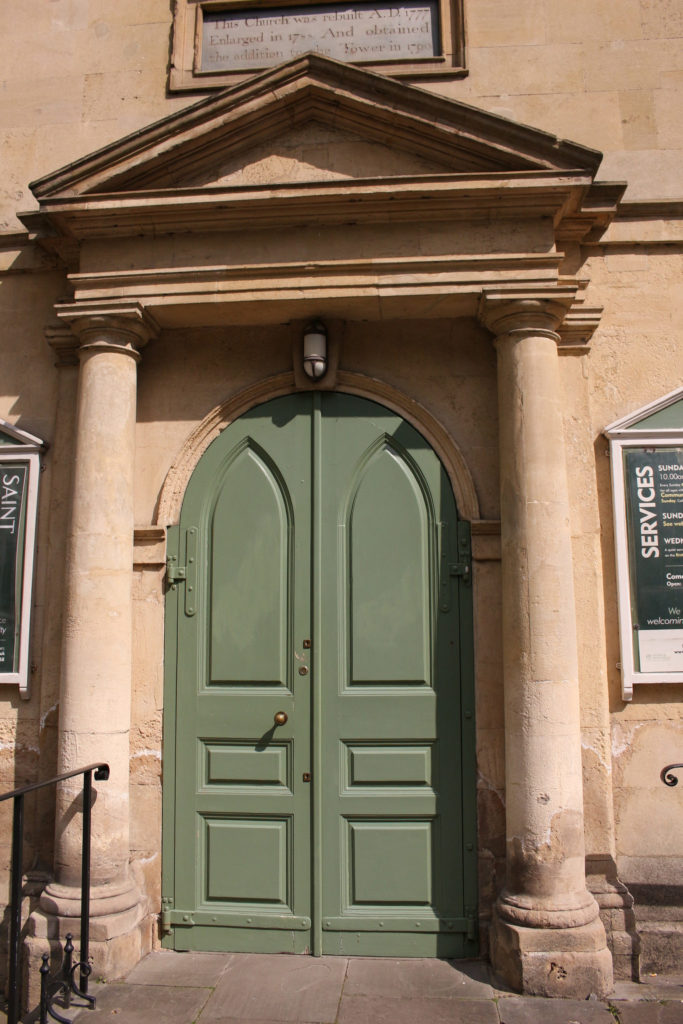 That thing on the left is actually a water sculpture. 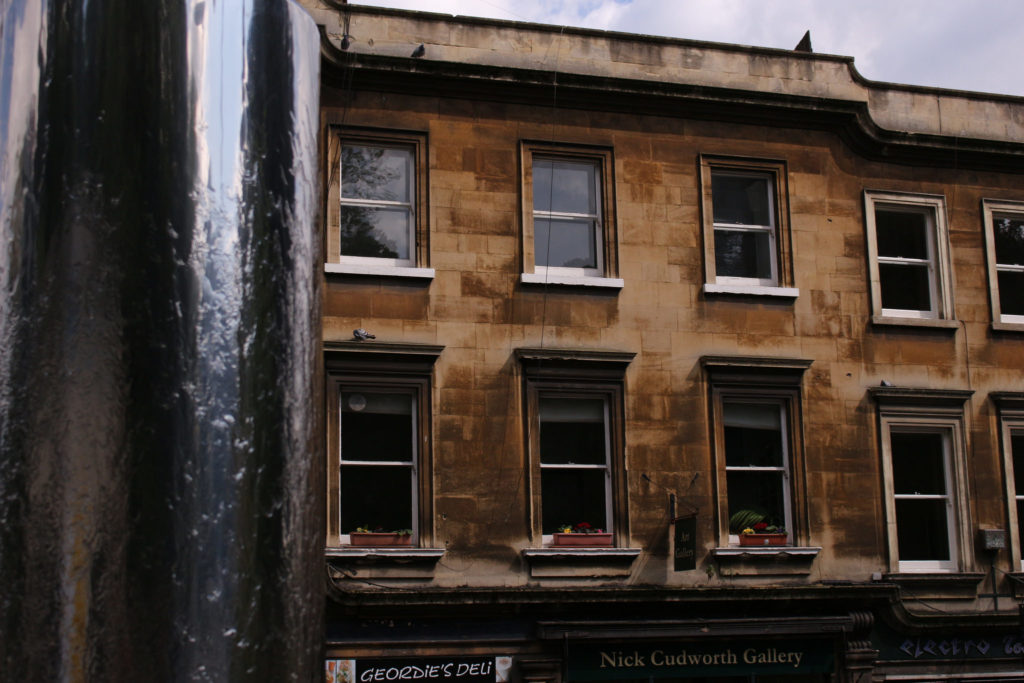 Bath Abbey! I was hoping to take the Tower Tour, but sadly they were booked up. You get to go all the way to the top of the tower, and the views are reported to be fantastic. Kim decided not to try it because of her knee– you have to walk up a gazillion steps. So we arranged to meet up later, after the tour. Which I didn’t take. 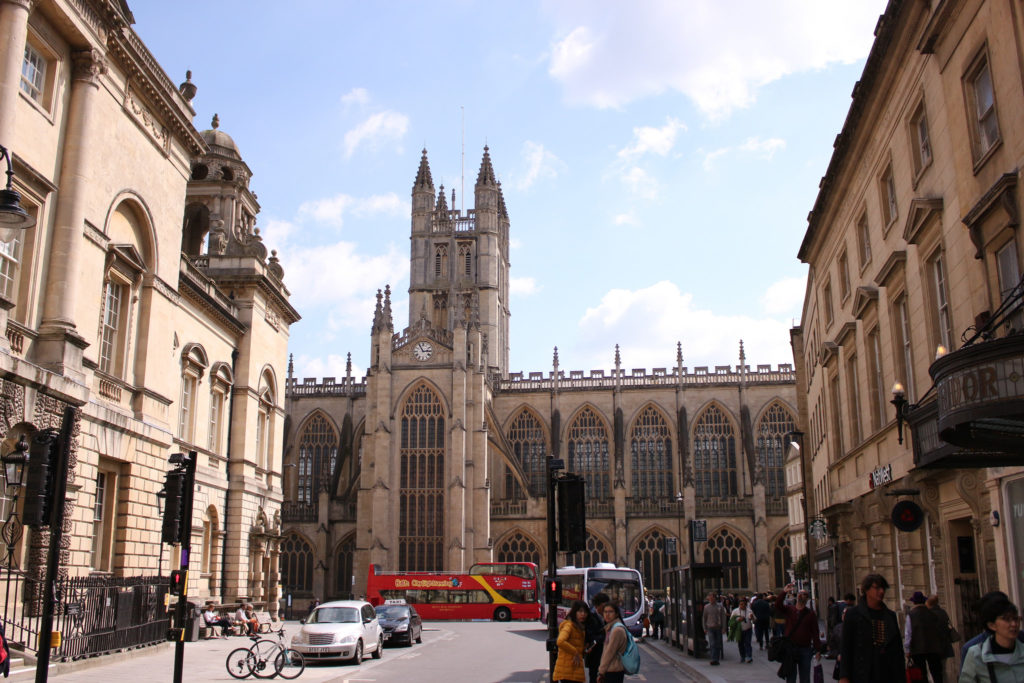 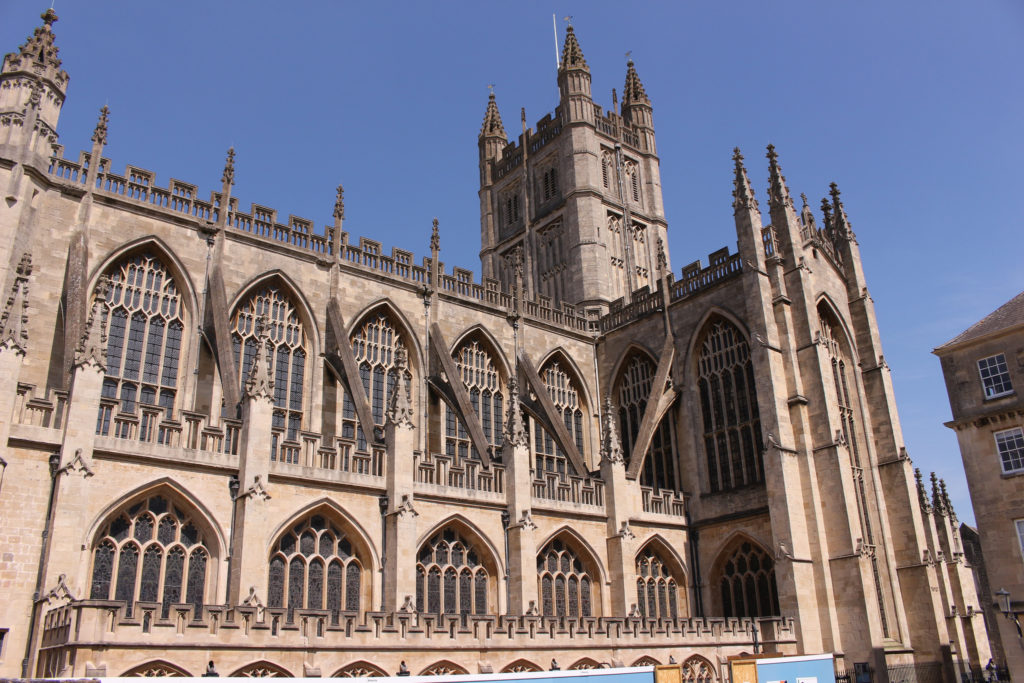 I DID walk around inside the Abbey for a few minutes, and happily was able to take pictures. 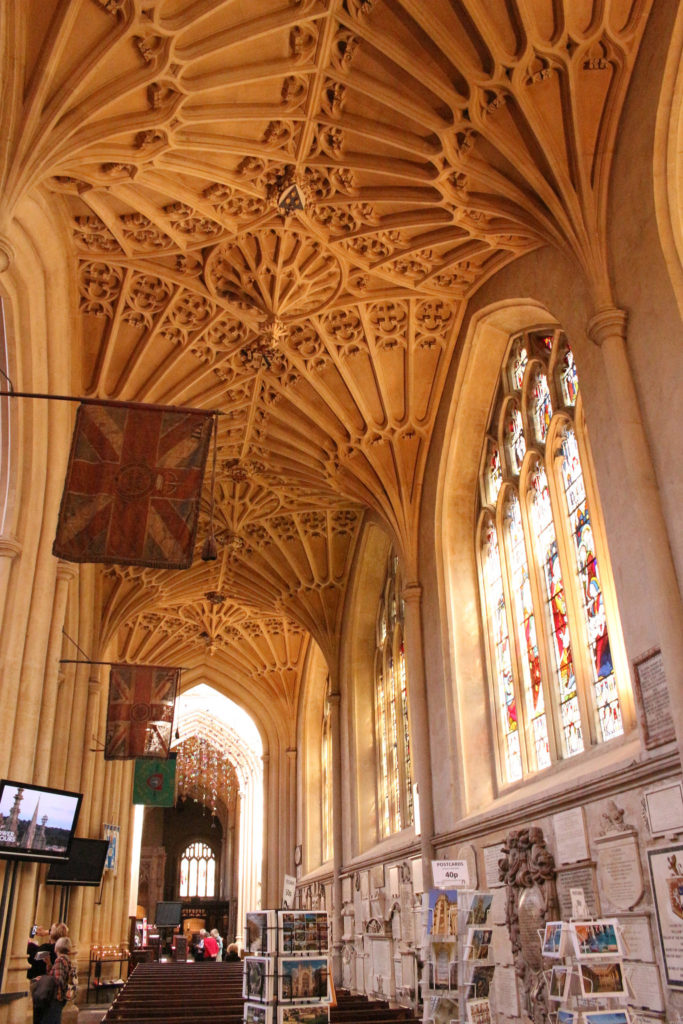 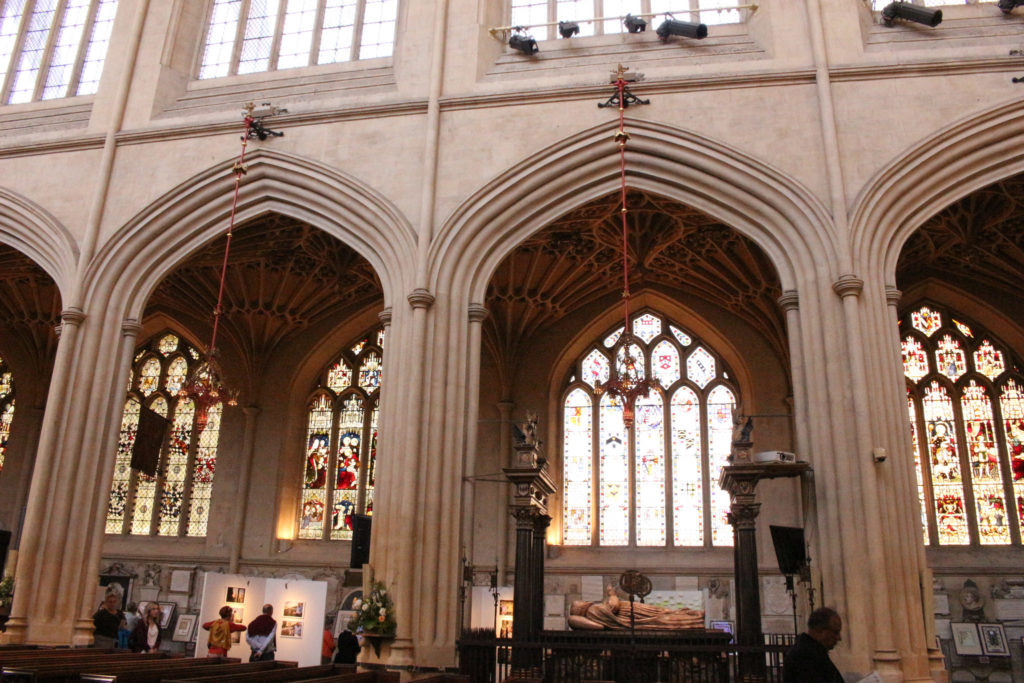 This guy was changing the bulbs- 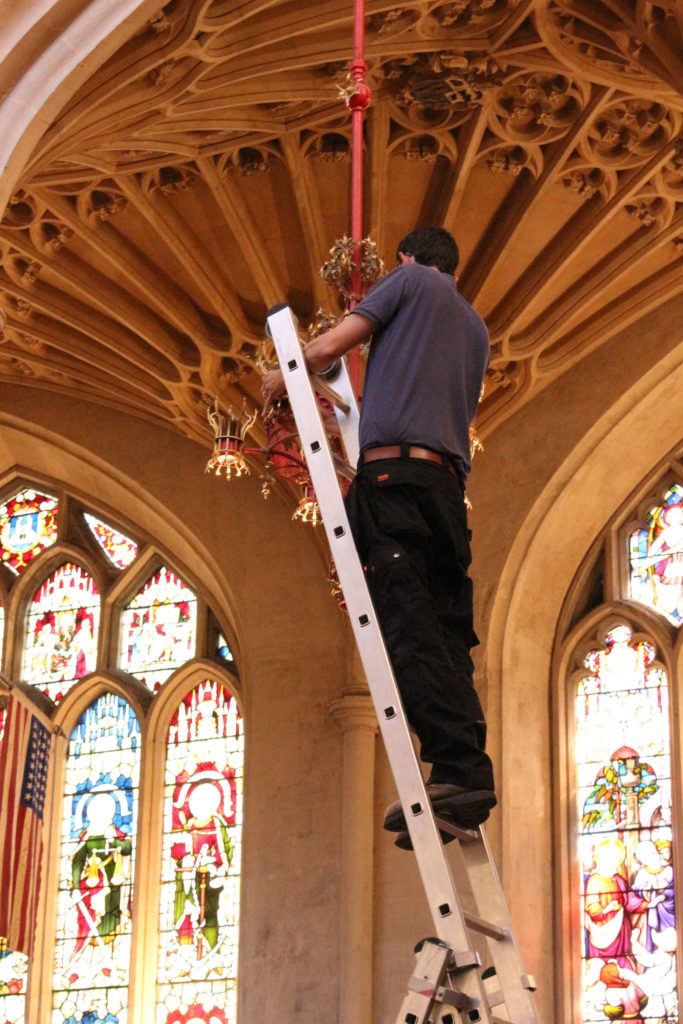 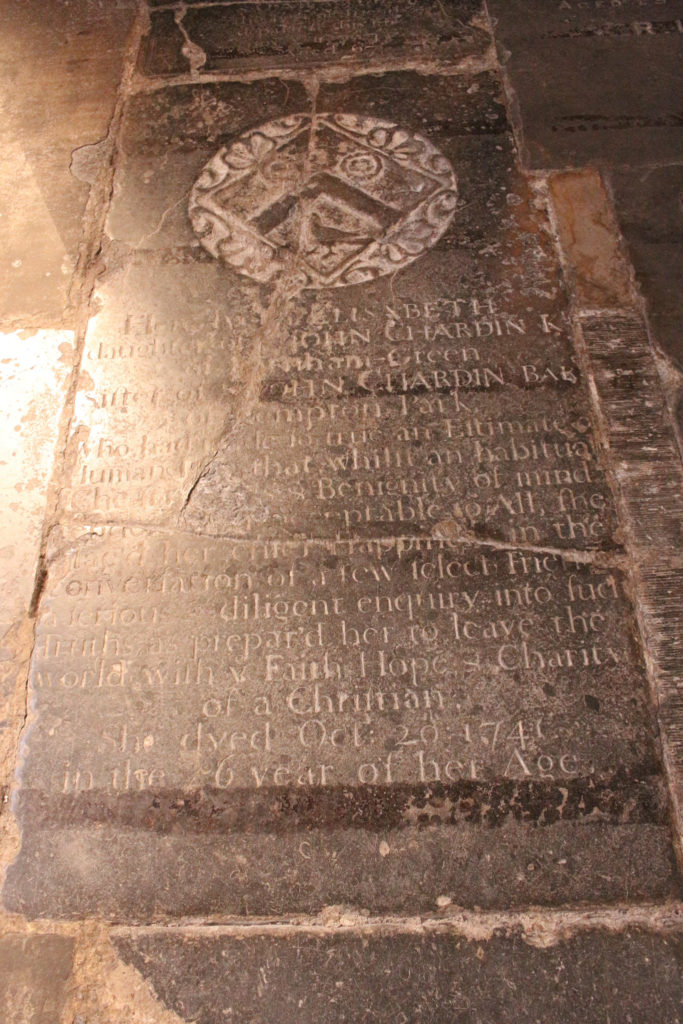 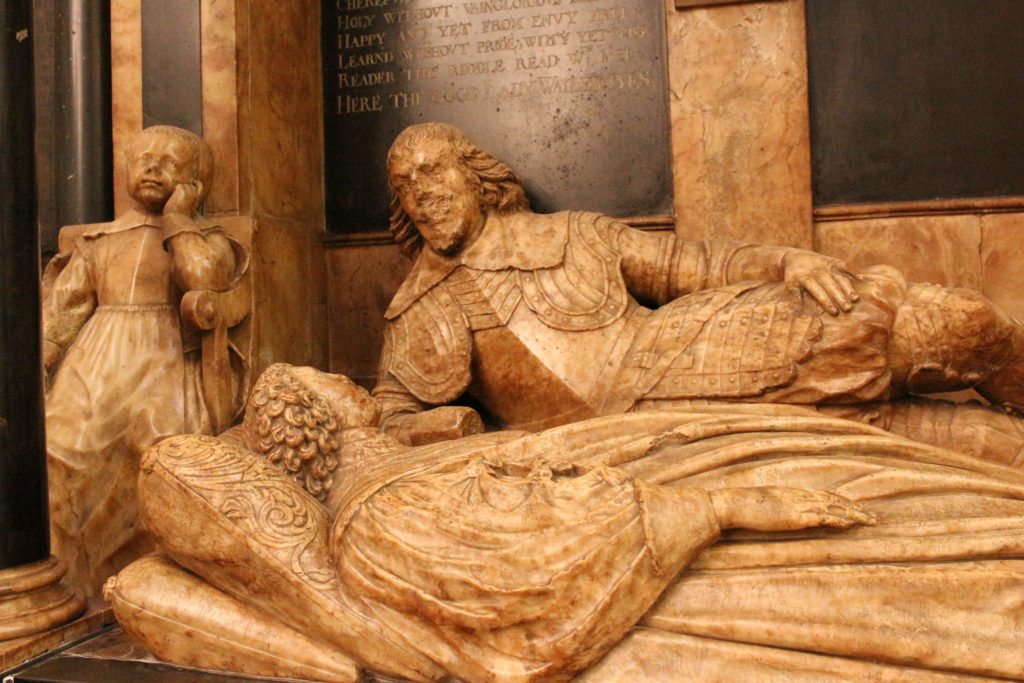 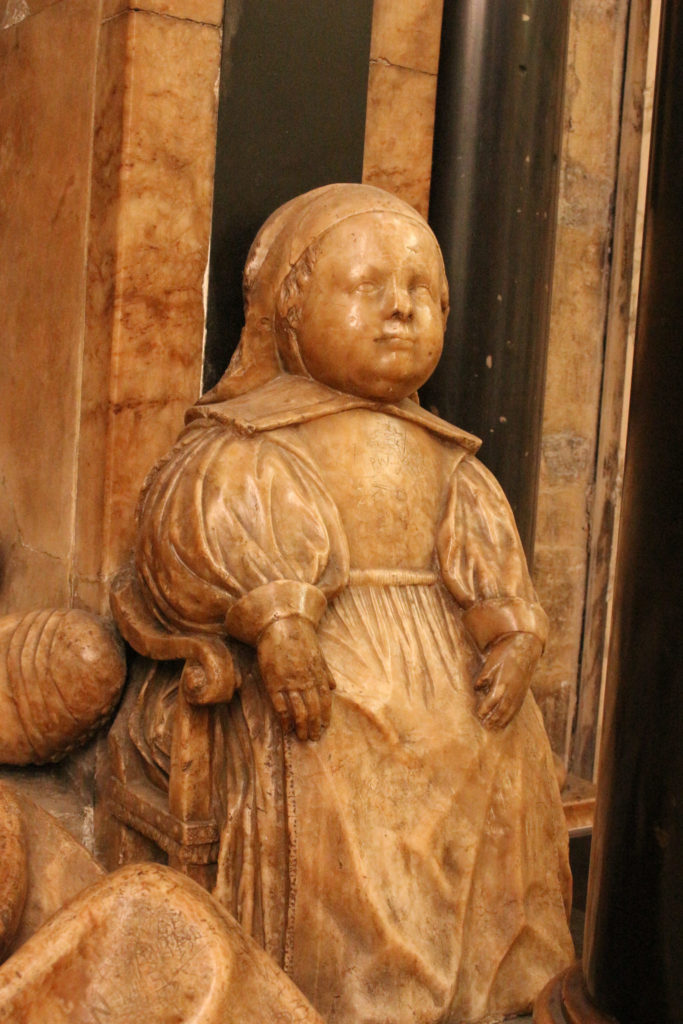 I assumed Kim would just wander around herself, and maybe check out some shops… but. You can’t leave Kim alone for a second. This is what Kim was up to while I was trying to get a tower tour: 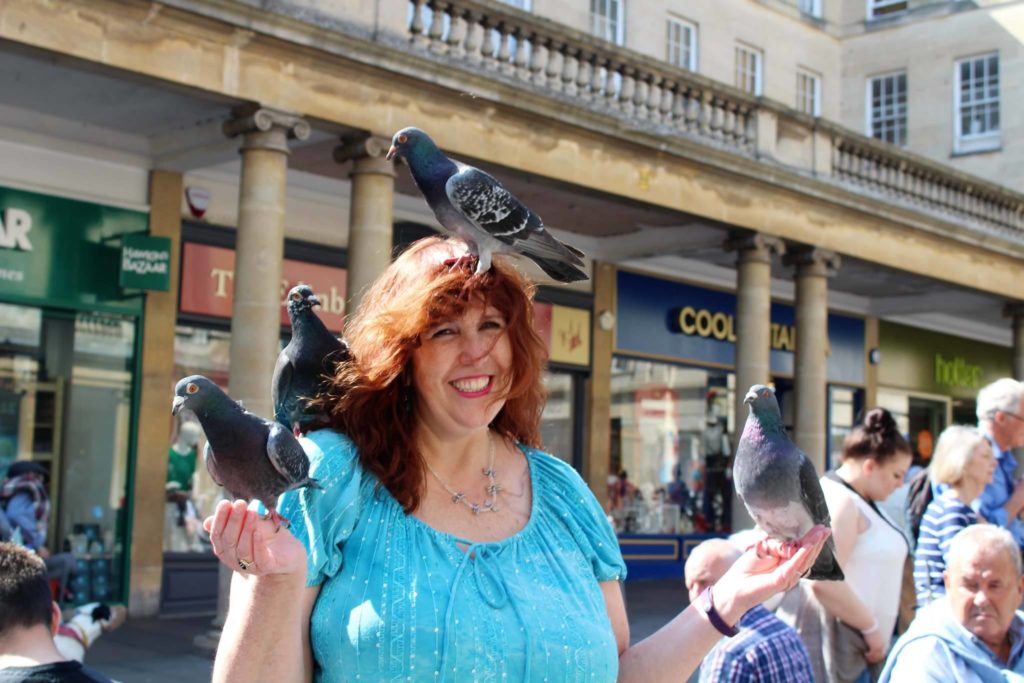 Yes! She made friends with the Bird Man who charges you money to take pictures of you with pigeons walking all over you!! Now I see that the Bird Man has been in trouble numerous times for enticing pigeons to gather in the city center. Yikes.

SO. That’s it for Bath, but next stop will be a quick view of Castle Combe. Near Bath in miles, although not so near in how long it took to get there.

@neil I love it, and would move there right this second if it were possible!

The ceiling if the Abbey is breath taking. And wouldn’t it be great fun to stay in one of those town homes??

@byfaithalone Oh, it would!! Someone came out of one of them as we walked by, and locked the door- I was very envious that they live in such a fantastic place!

@ednamillion I did not even know such places existed. Much like secret flavors of M&M, I am learning new things this week!