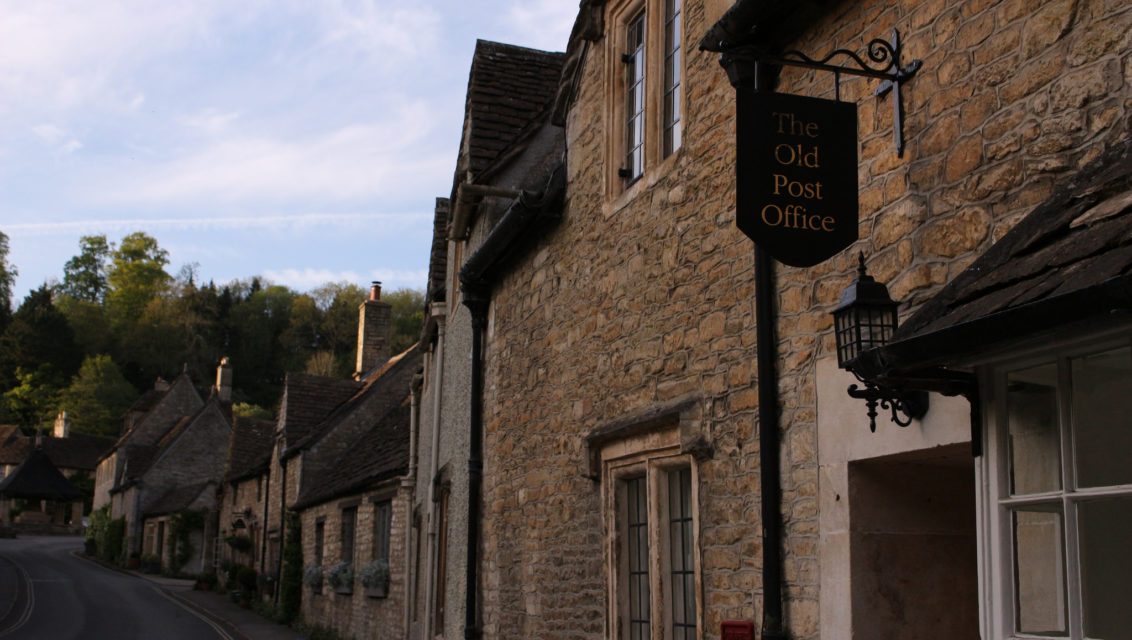 A quick and picture-intensive post about our visit to Castle Combe, which is a gorgeous little Wiltshire village north of Bath. Only 12 or so miles north, yet it took FOREVER to get there. Of course. I assume the Google GPS Who Hated Us led us the long way around.

LOL– why yes, it did. I just thought to check the location of where the following picture was taken, which I knew was on the way to Castle Combe. YES it’s the A46 route which is quite a bit further than the A4. And to be fair, we did run into road construction, hence why I was taking pictures instead of concentrating on my driving. We were sitting still as the other cars were squeezing by us and practically scraping the hedge. ANYHOW, thanks to the marvels and lack of privacy involved in pictures on the internet, I could see our location, or close enough to figure out which way we went. The road just got narrower and narrower, too – by the time we got into Castle Combe it was like a walking trail. We went back to Bath by the more reasonable and quicker route, but I’ve waited so long to write about it that I have no idea how we figured it out now. I just recall being astonished at how hard it was to get to, for a well-known tourist destination. Castle Combe is on everybody’s list of Prettiest Towns in England.  Yeah. Not hard to get to if you go the right way; i.e., if you’re not us. 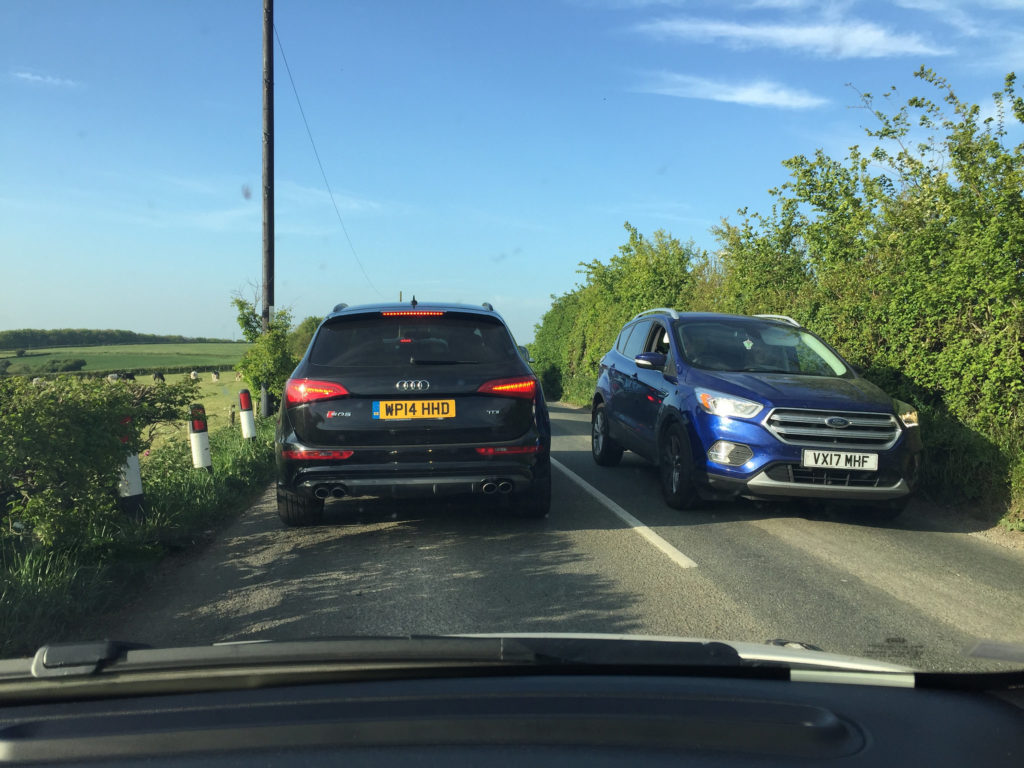 We ended up parking on this teeny narrow road right at the edge of the village. Of course there’s a car park on the other side of it which would have been a lot easier to park in. We didn’t see it. But we did have a really gorgeous walk by parking here. And a lot of people were parked here, apparently having dinner at the Castle Inn, which is right in the center of the village and was packed. 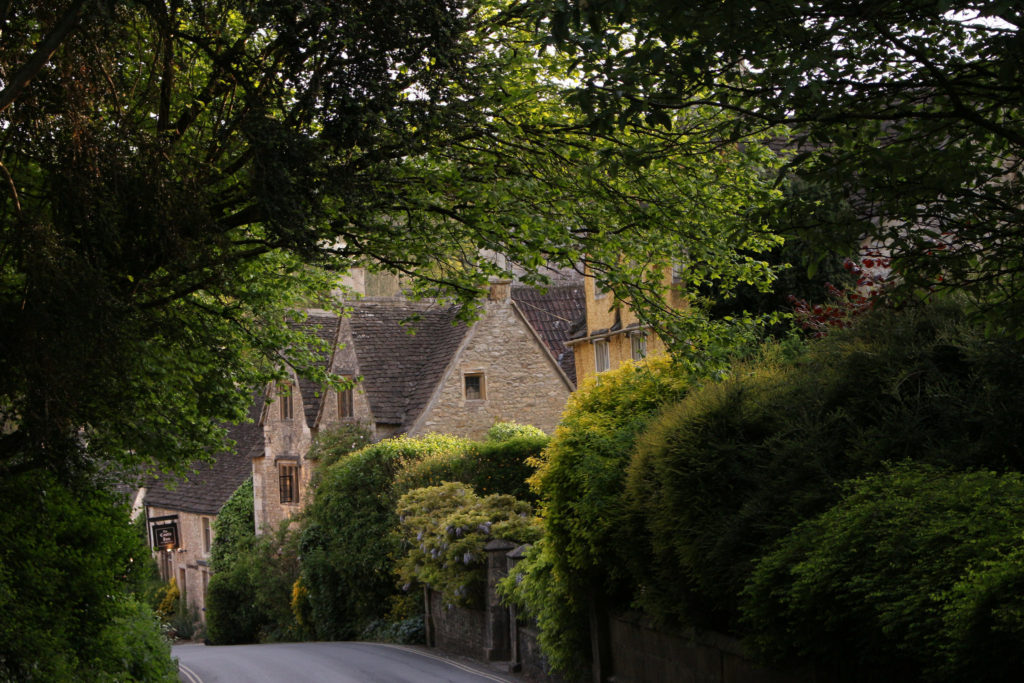 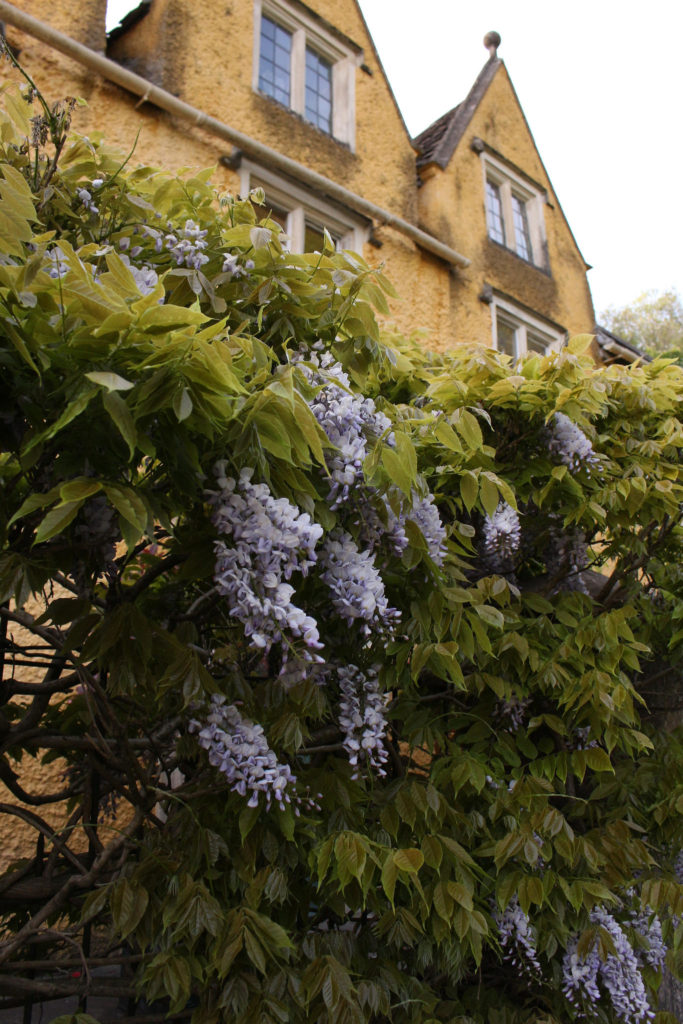 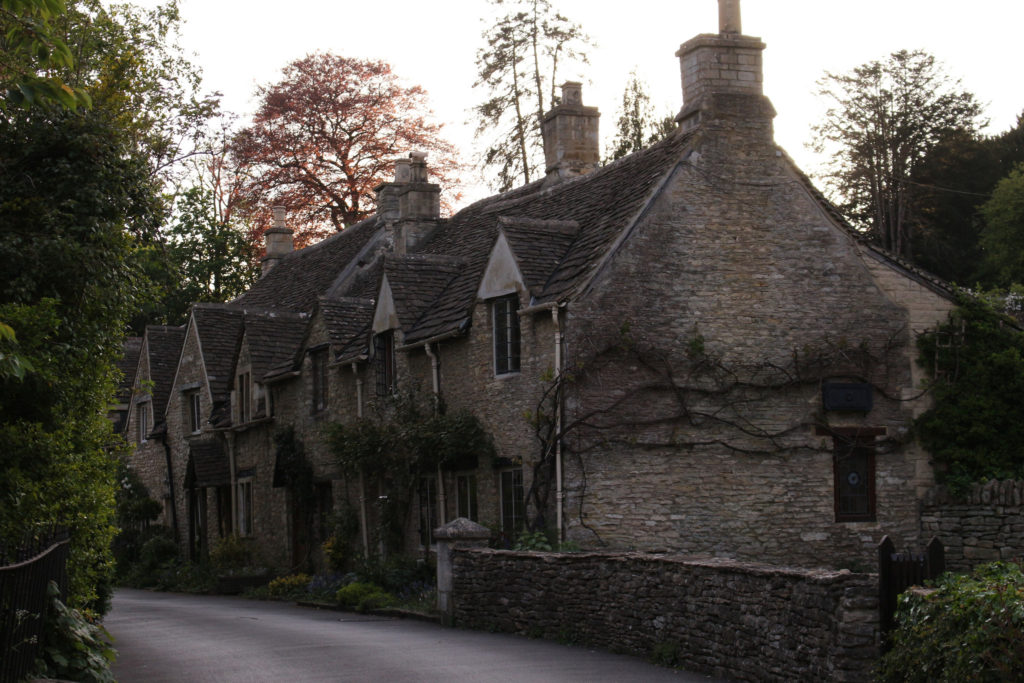 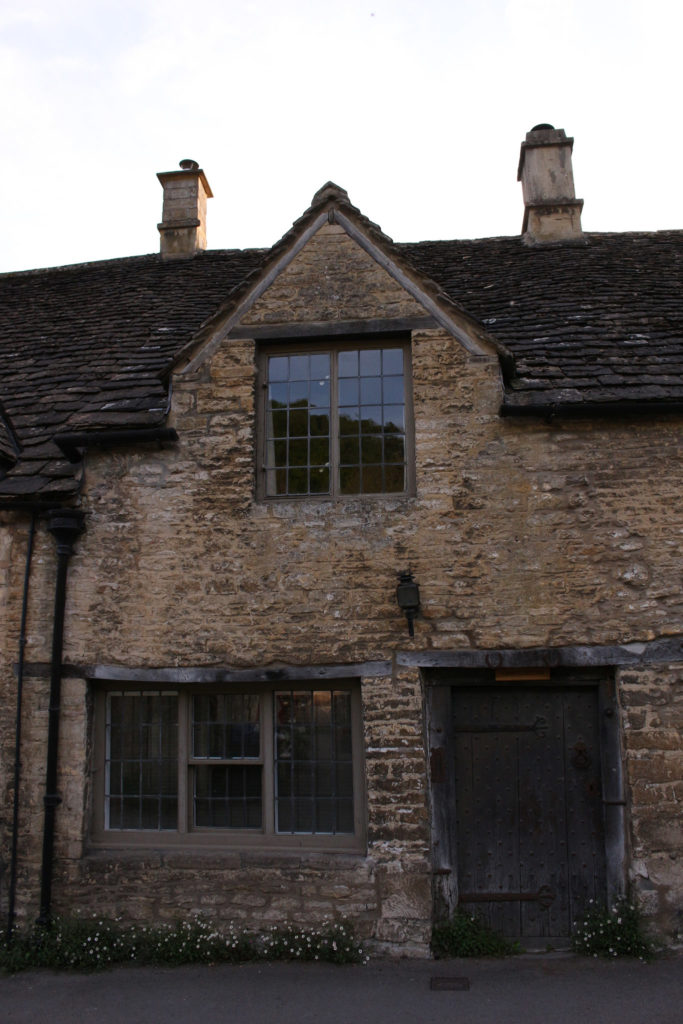 The center of the village. That’s a 14th century market cross and a village pump in the center. The Castle Inn is to the immediate left, and there was another pub to the right, but both were really crowded. You can see that it’s getting a little late in the day, and of course we were starved! But didn’t want to wait ages so just starved till we got back to Bath. We never learned how to properly plan meals. 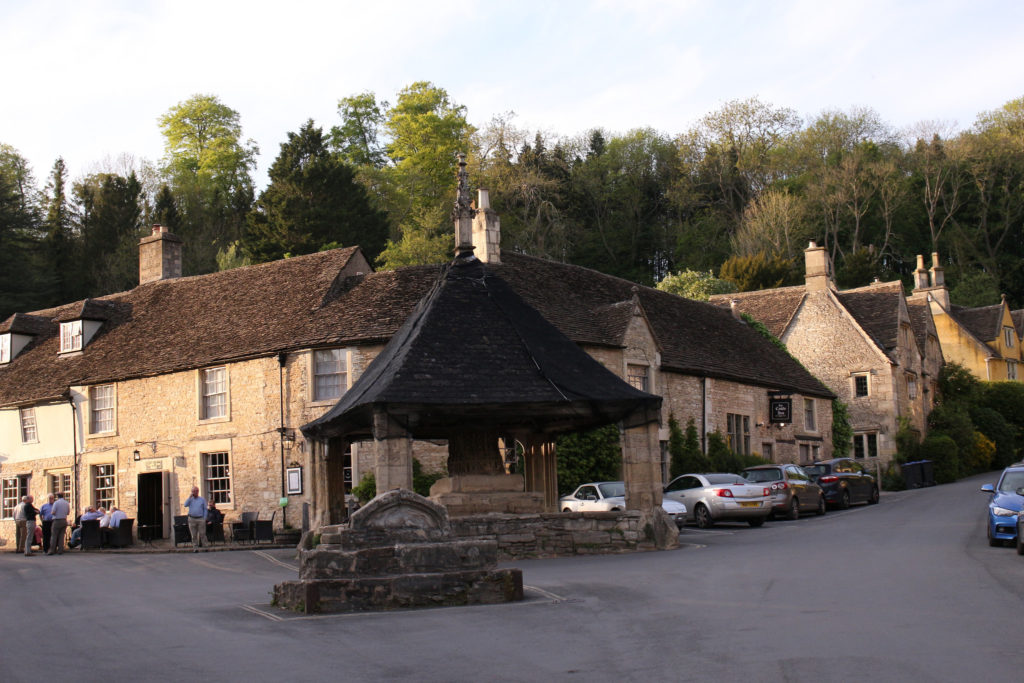 This really is a gorgeous little village, and was well worth a trip. It was also tiny so it didn’t take long to walk through it. And, I am ready to move there now. 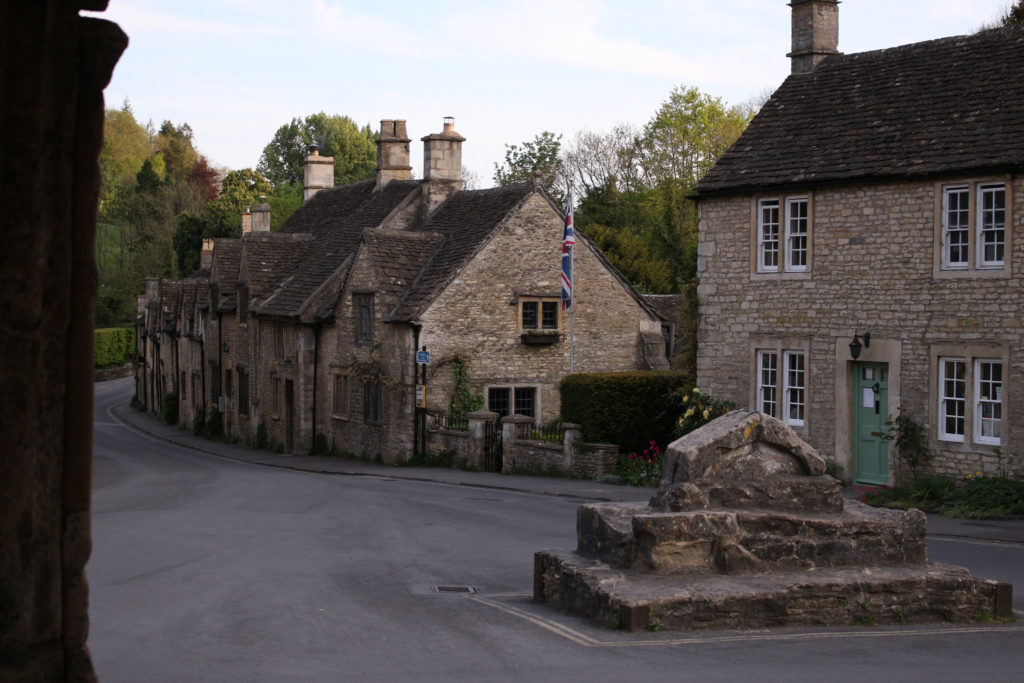 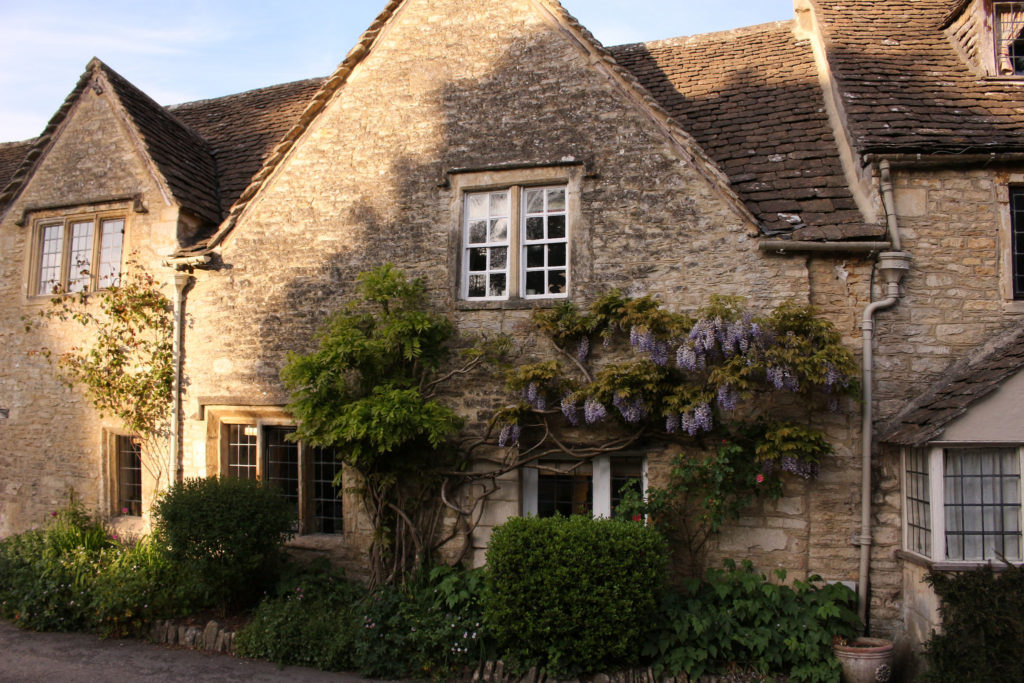 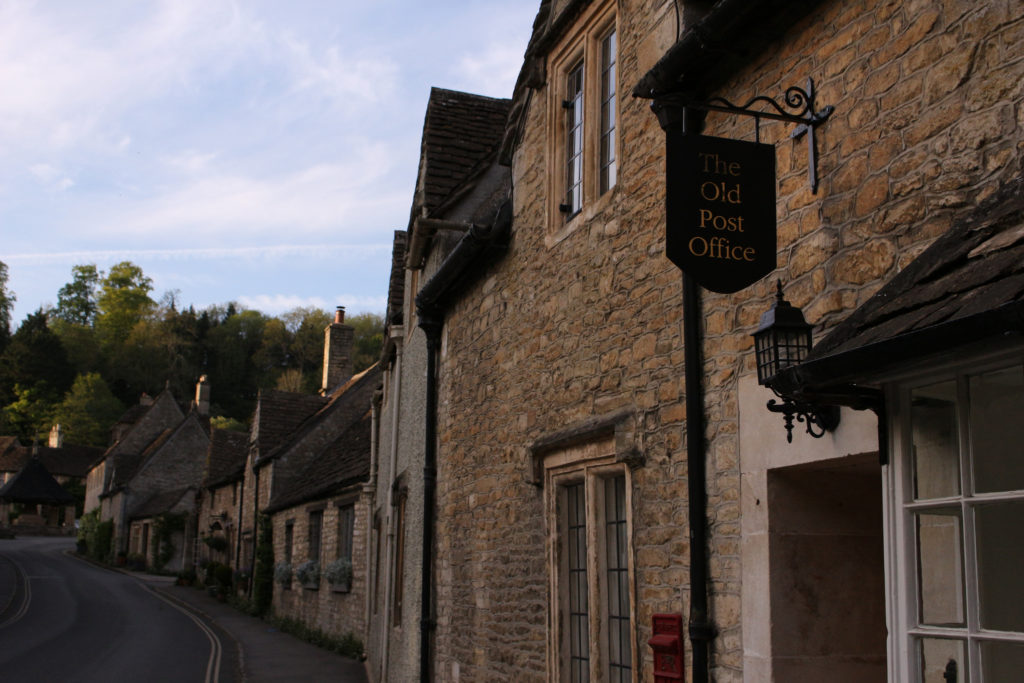 Fun little … toys?? In the window. I especially like the badger who is kissing/licking/biting the face off the little bear. 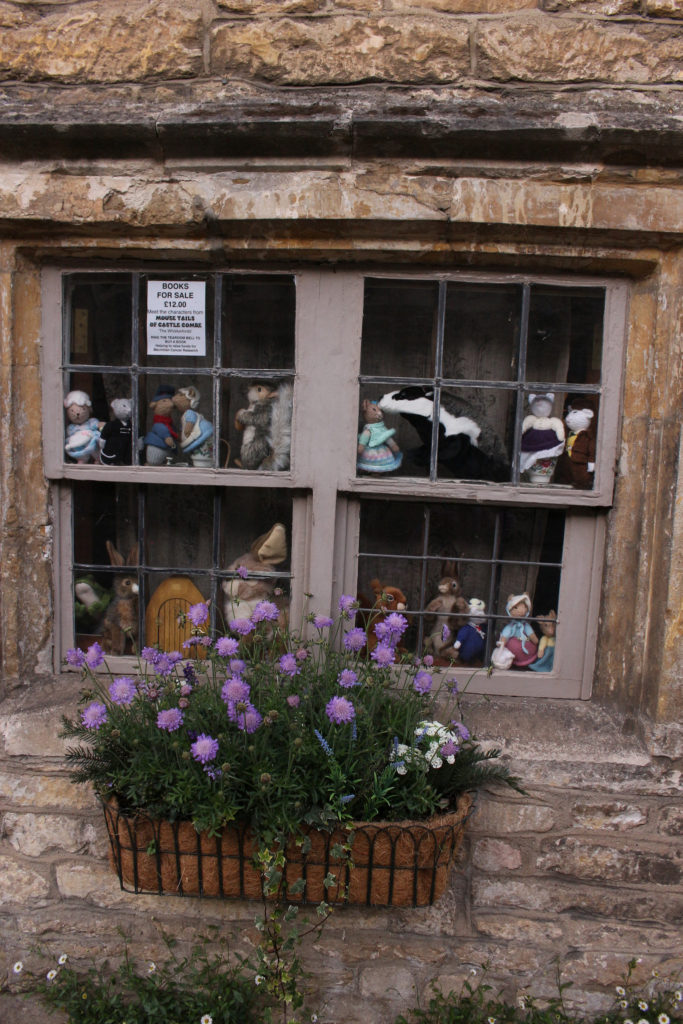 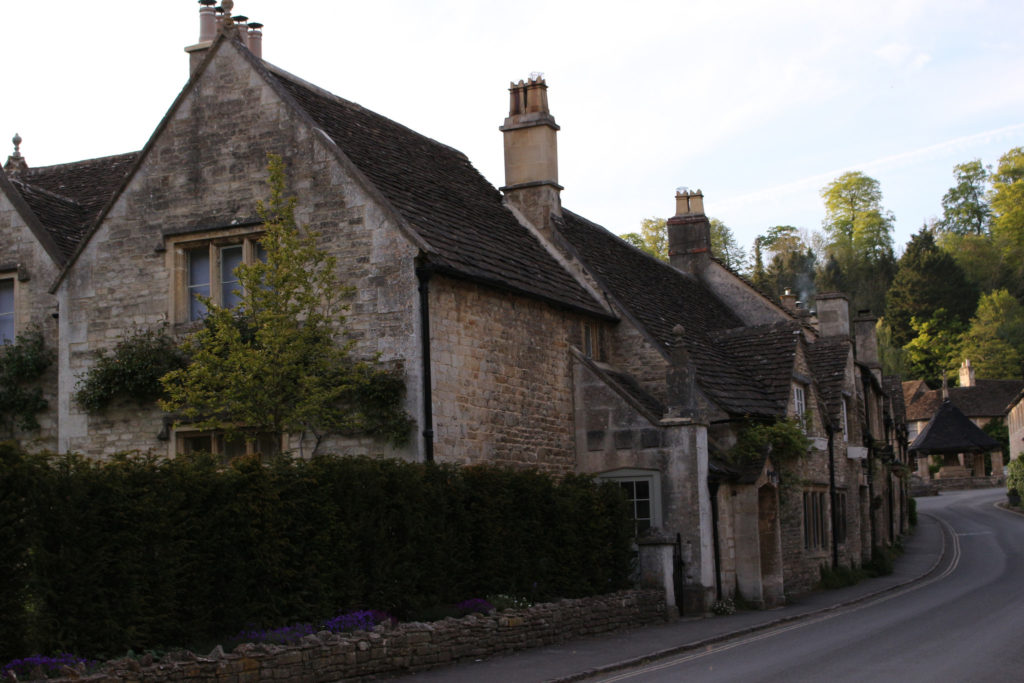 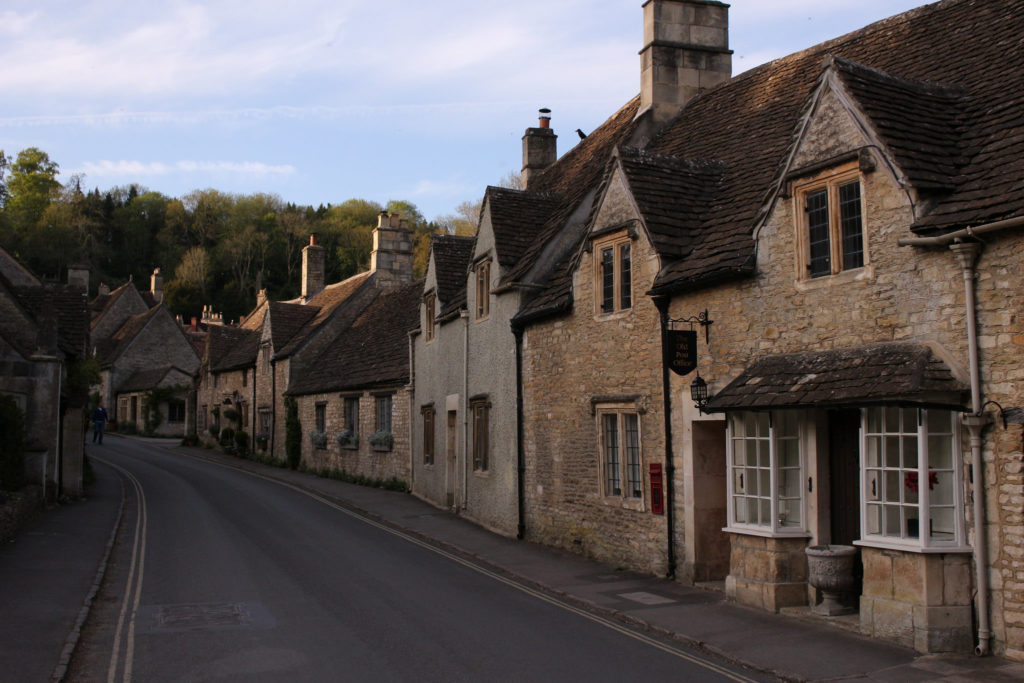 HERE’S a kind of annoying thing – there is a gorgeous old bridge in Castle Combe. You see it in all the Prettiest Town in England pictures. We, ummmm, never did see it and I only wondered later how on earth we missed it. There IS a bridge, we walked over it! But it’s not an ornate scenic bridge; it’s just a little unimpressive way to get across the river. I don’t even have a picture of it because there wasn’t anything to see! 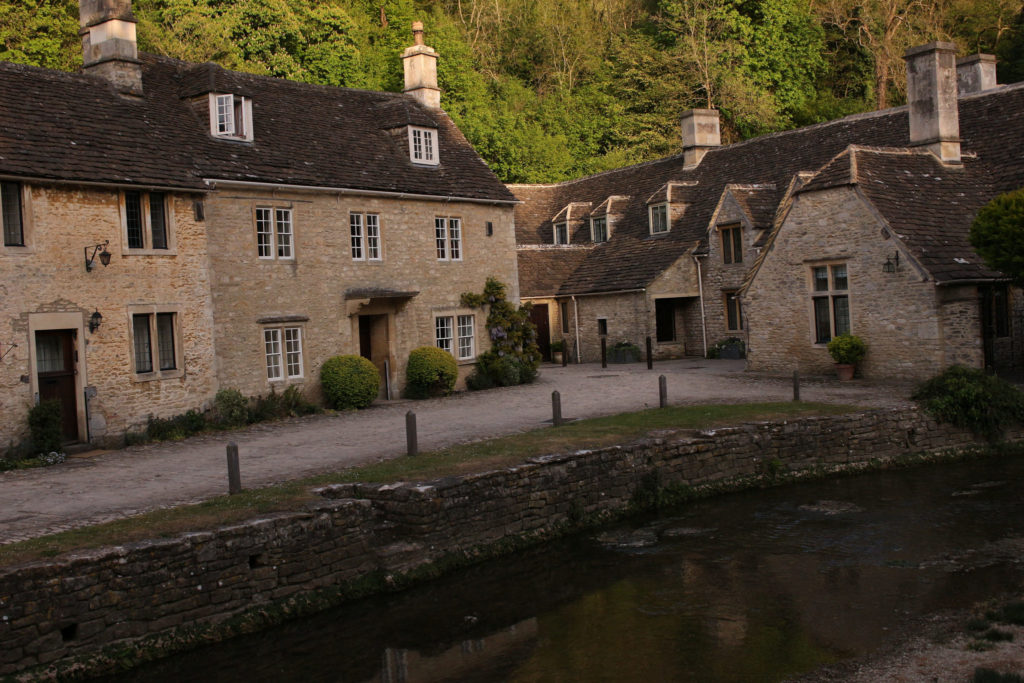 Unless, as this picture I stole from Wikipedia shows, YOU WALK AROUND TO THE OTHER SIDE. There it is, if you walk down the road a few steps and look back!!! Apparently we turned around as soon as we got to the end of the bridge. And the little drive to the right is gated so looked private and we didn’t walk down that way, where we ALSO would have had a great view of the scenic bridge. I’m sure if you drove into town this way – which is the way we left – you would see it and that’s why it’s in all the Most Scenic Town in England pictures. 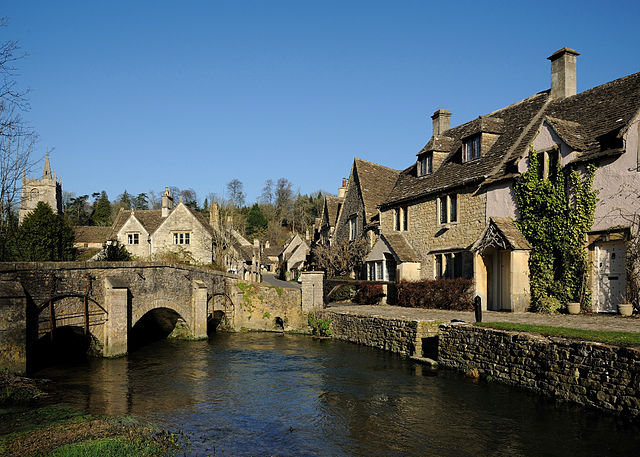 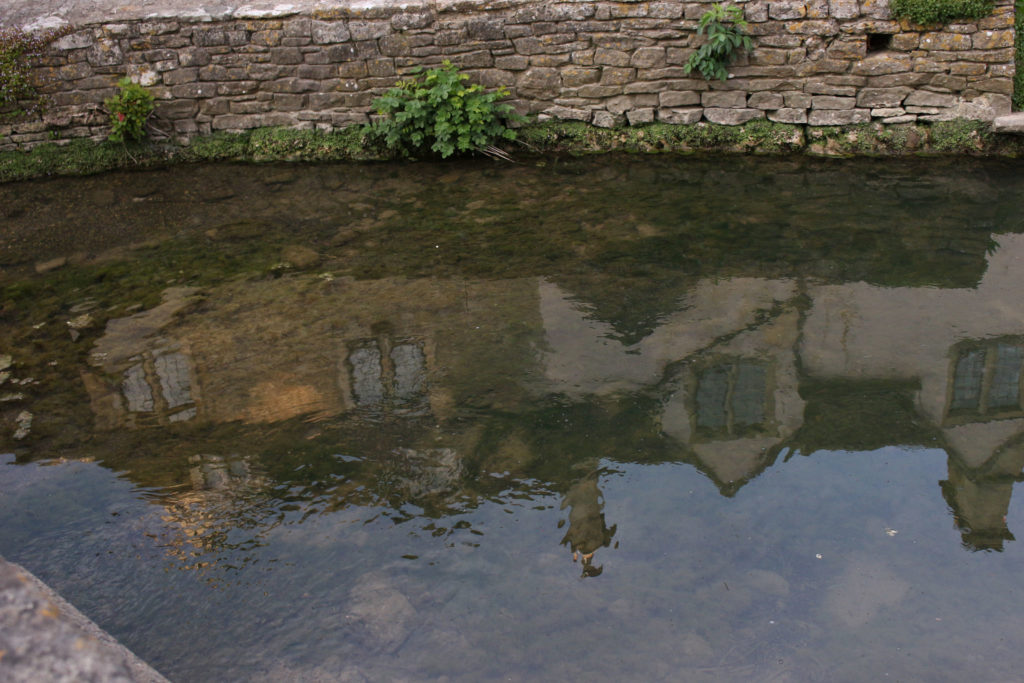 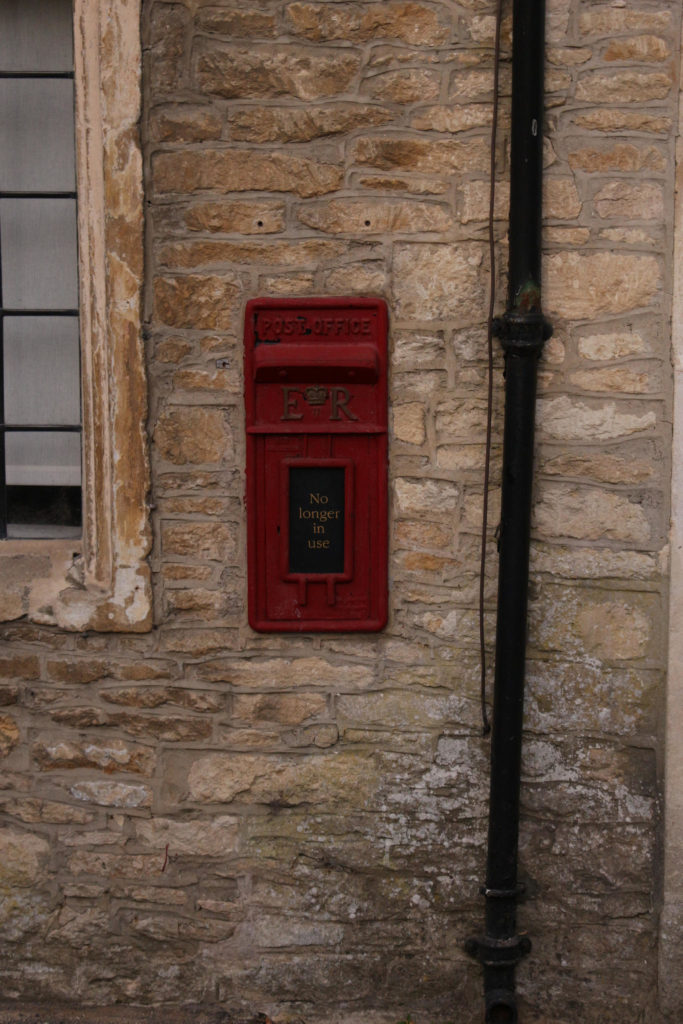 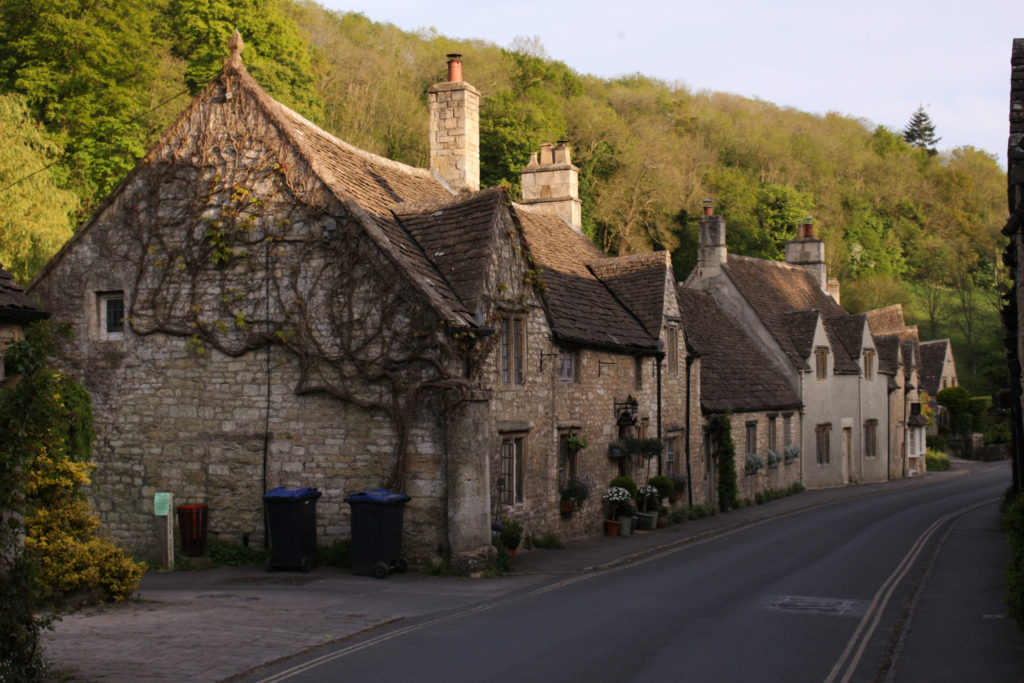 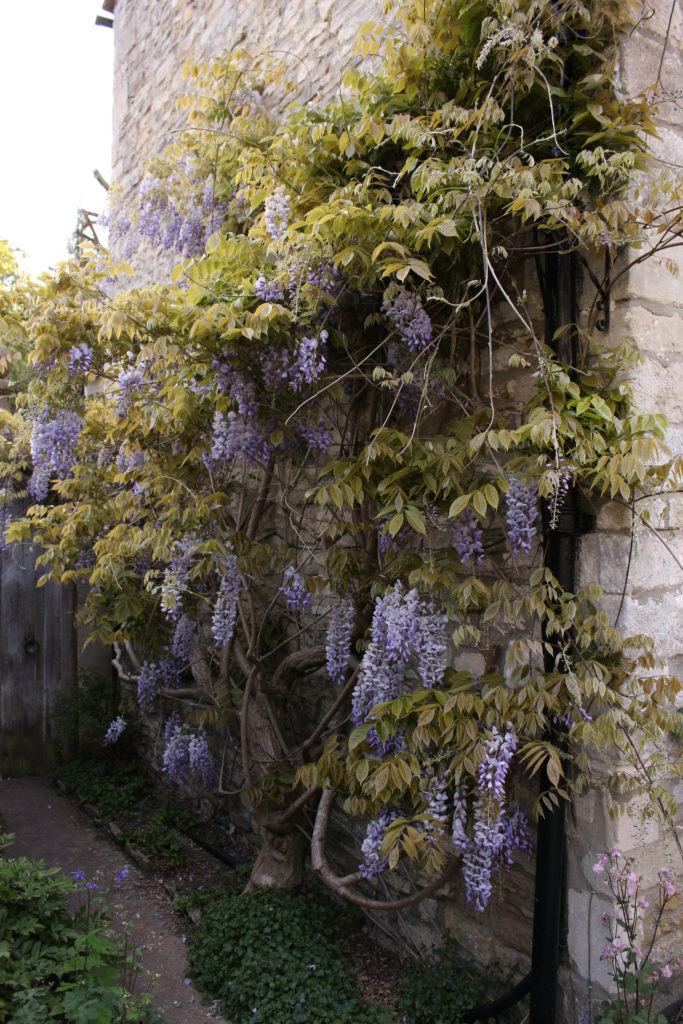 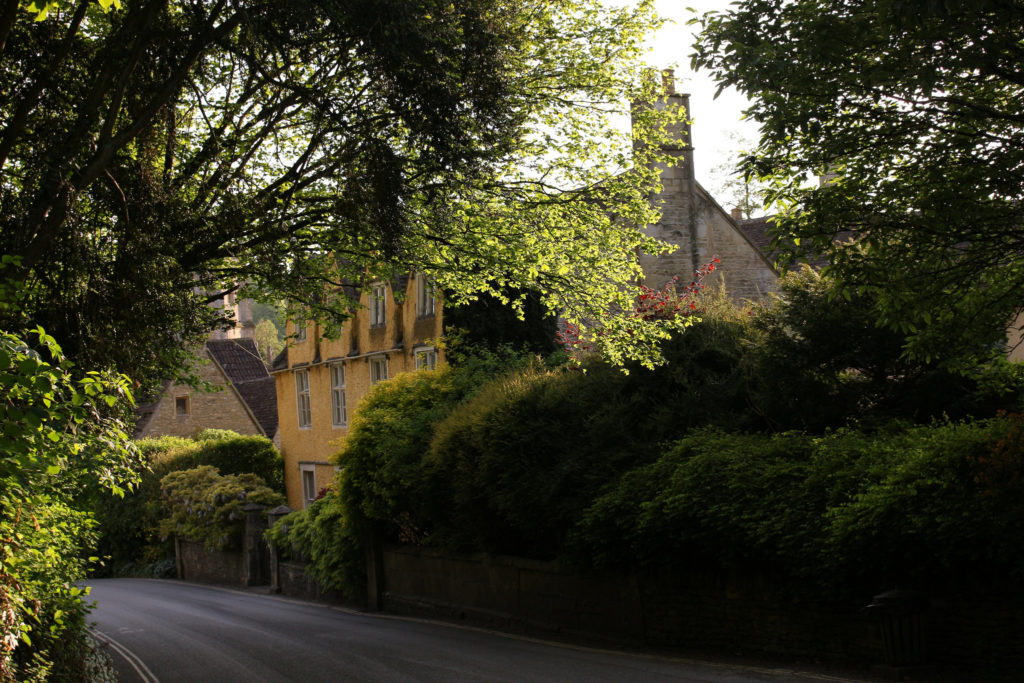 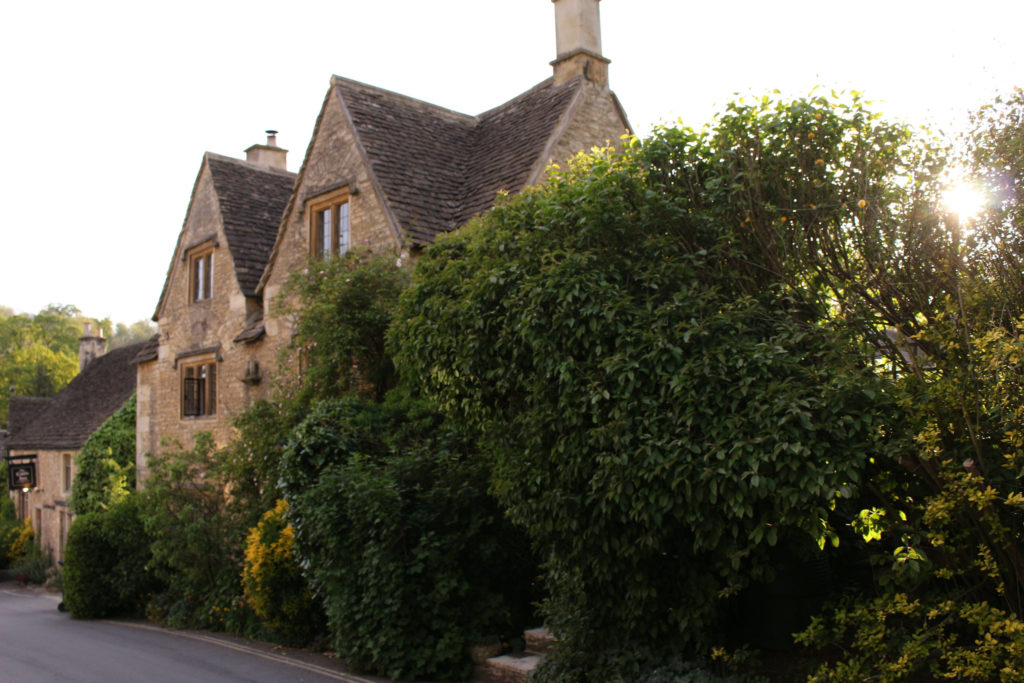 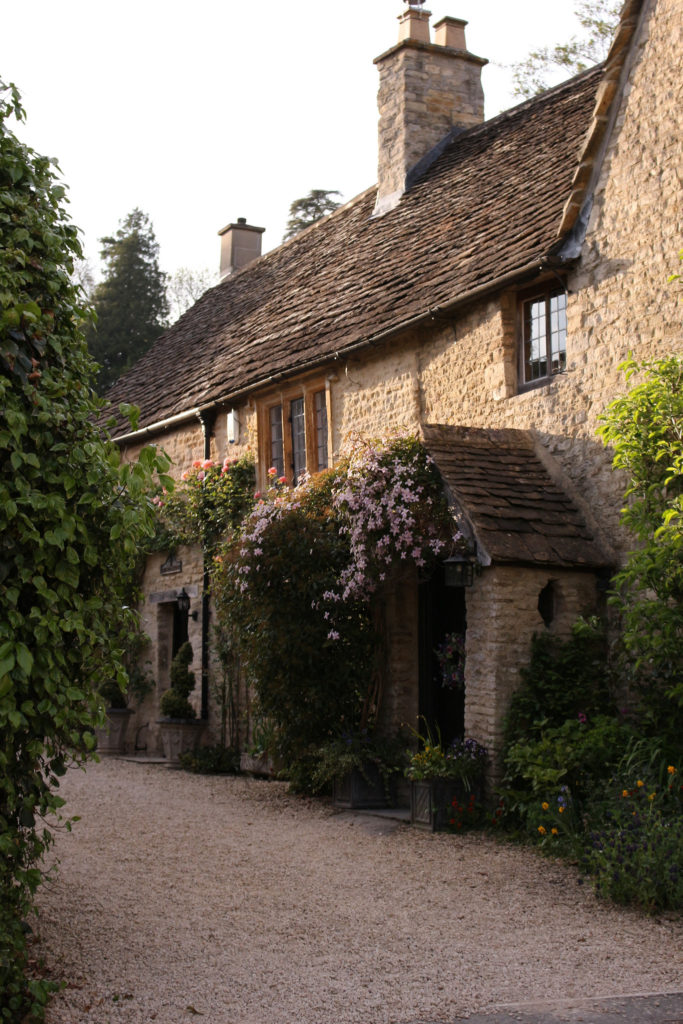 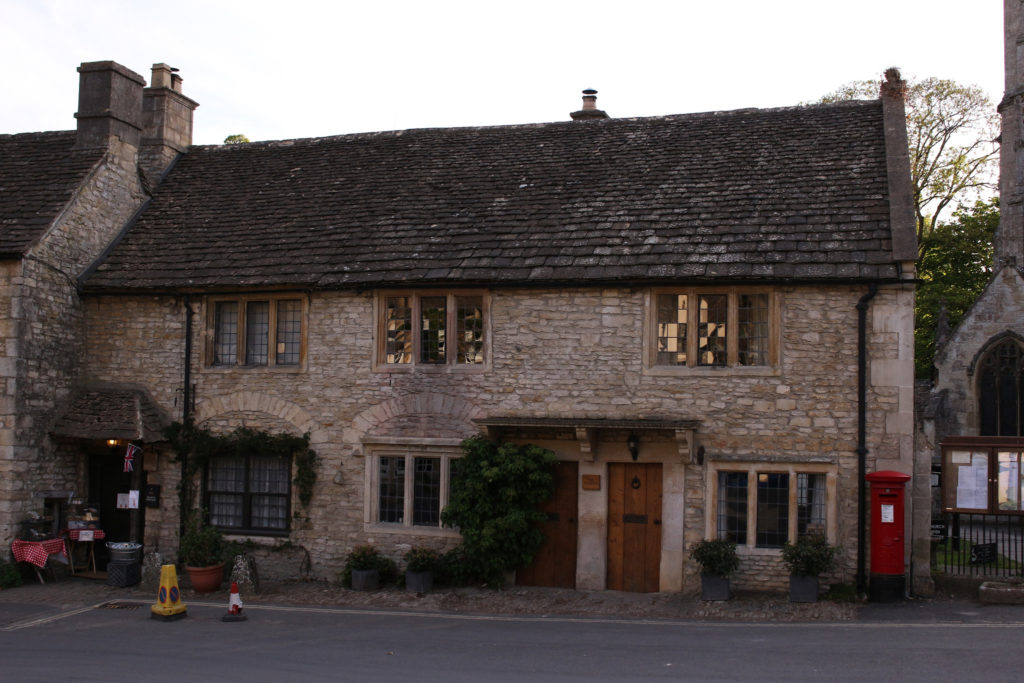 There is also a gorgeous old church – St Andrews- which partly dates back to the 13th century – the rest is 15th century. And it has an amazing graveyard! 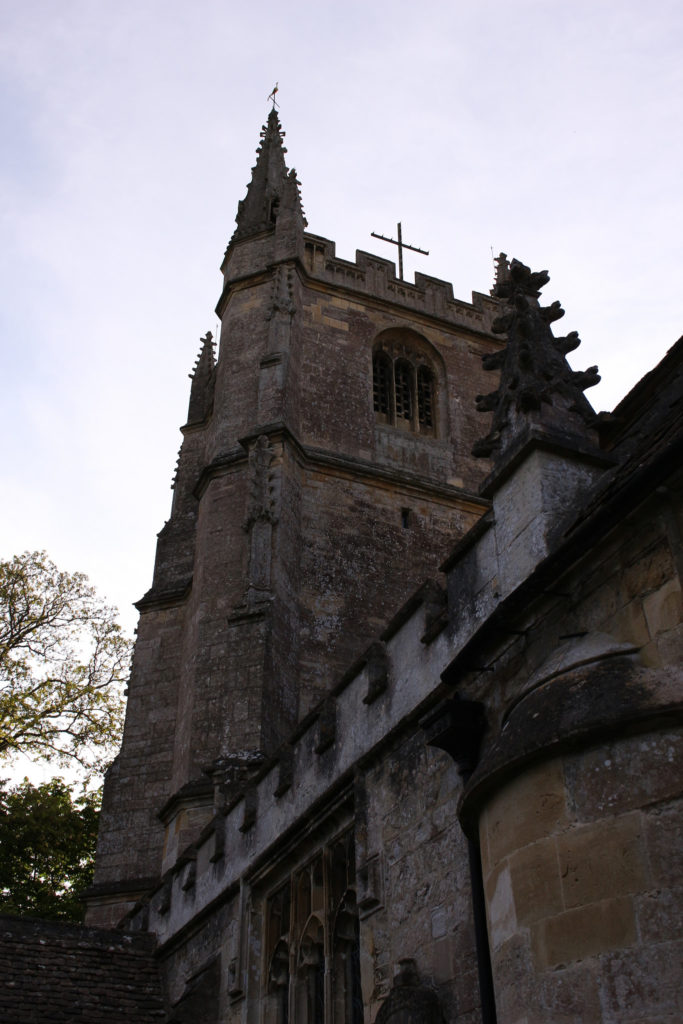 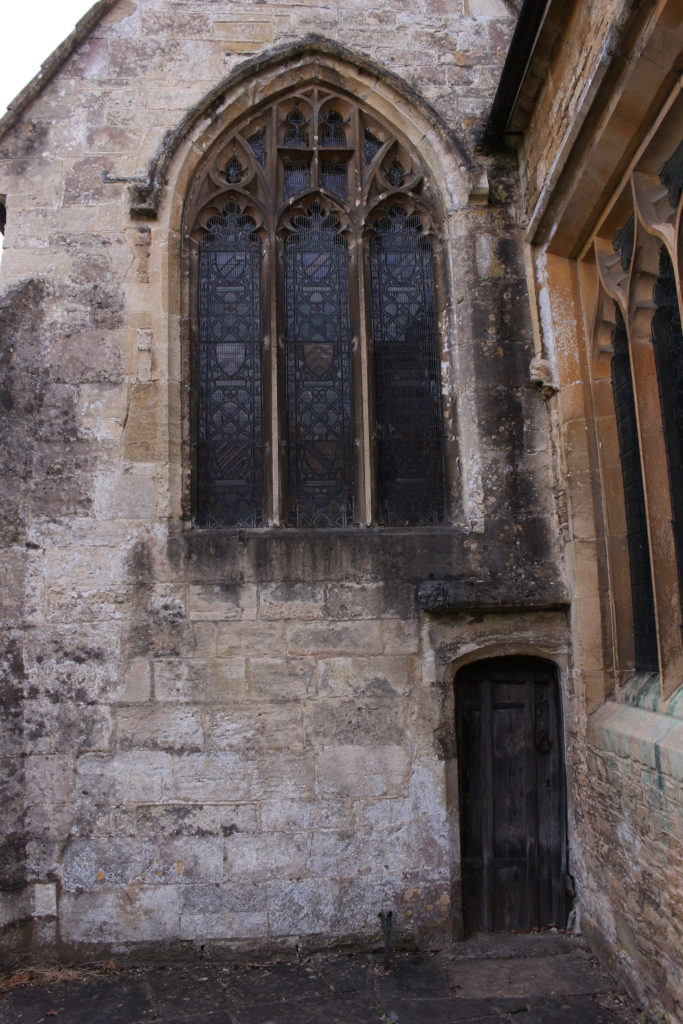 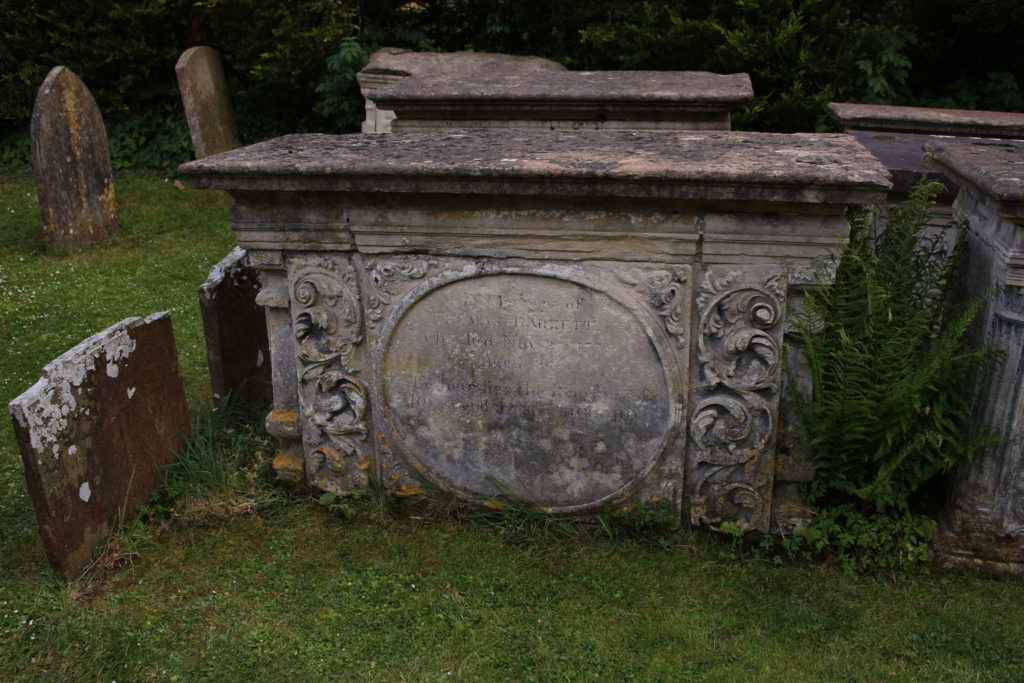 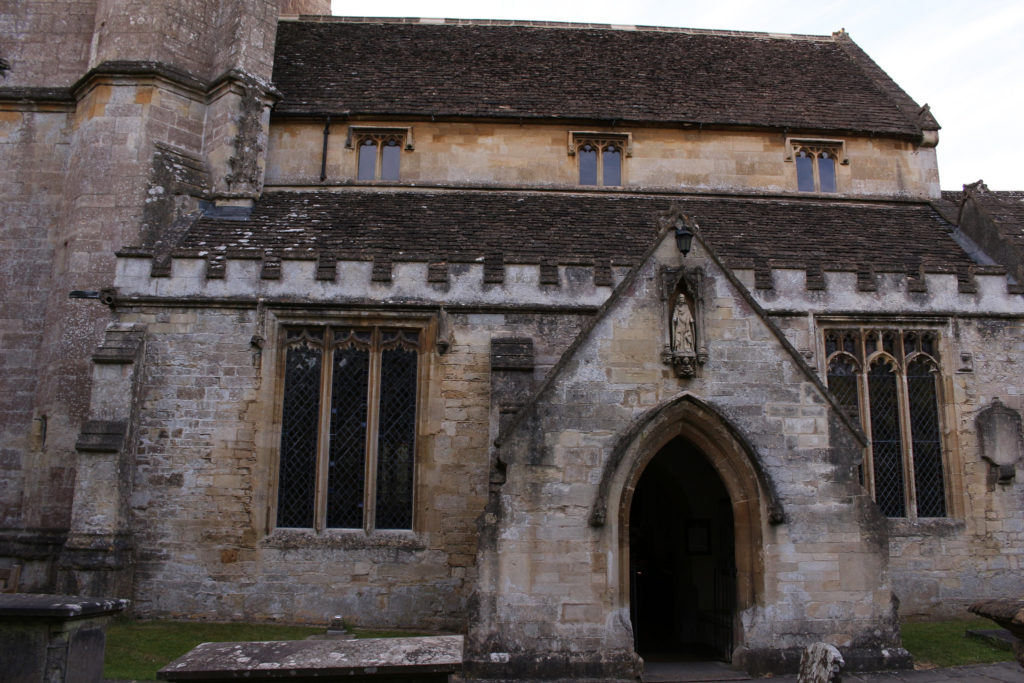 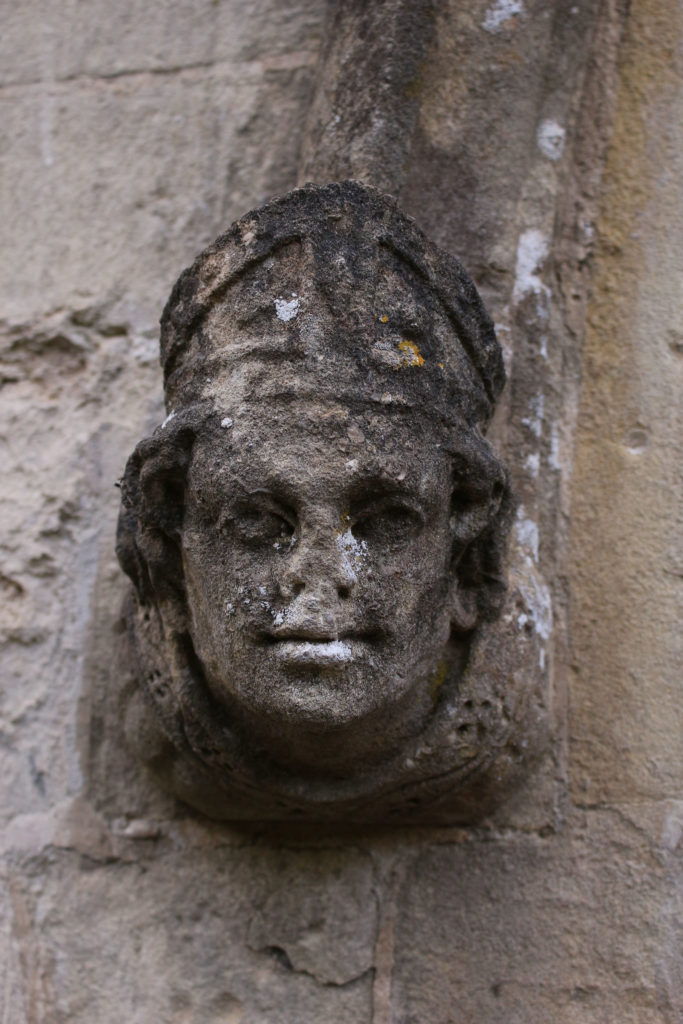 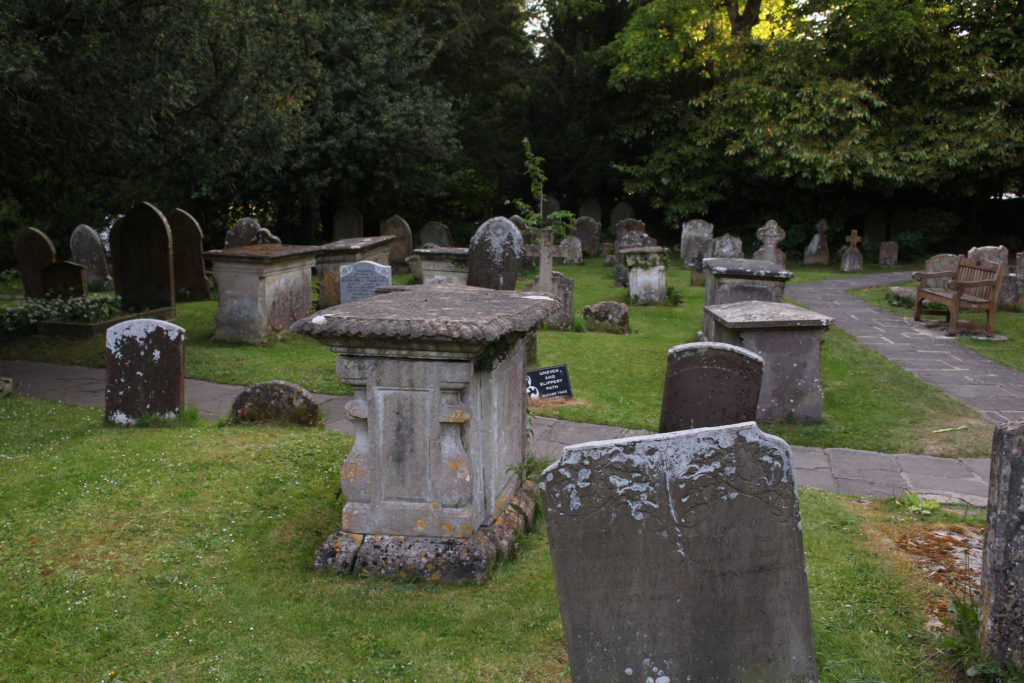 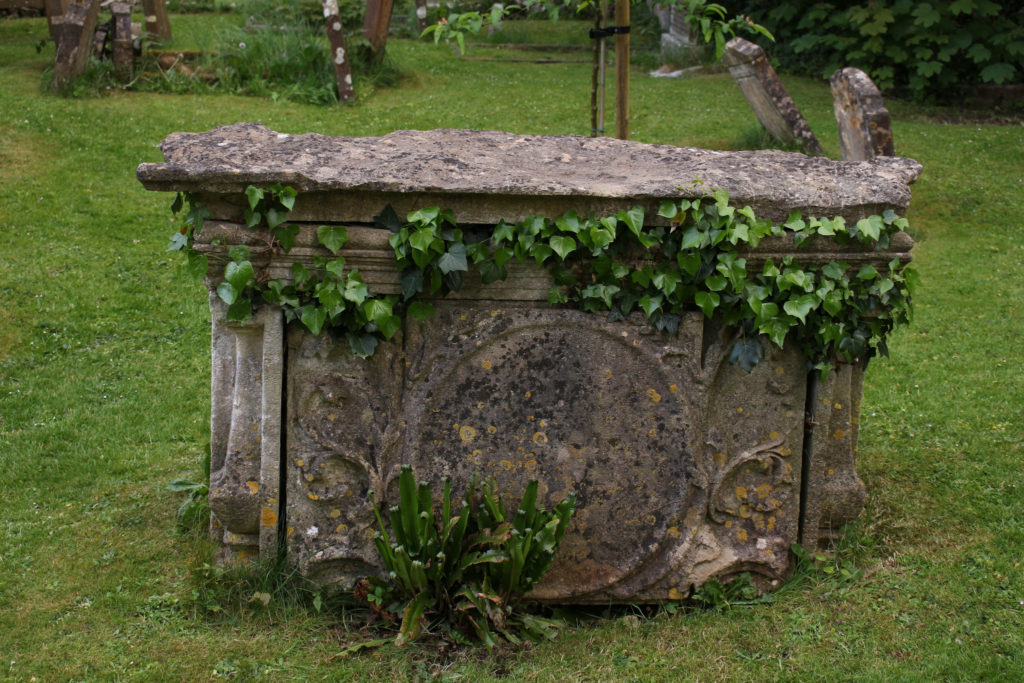 Okay, so not a short entry. But more pictures than words. Kind of. Next stop — Glastonbury!