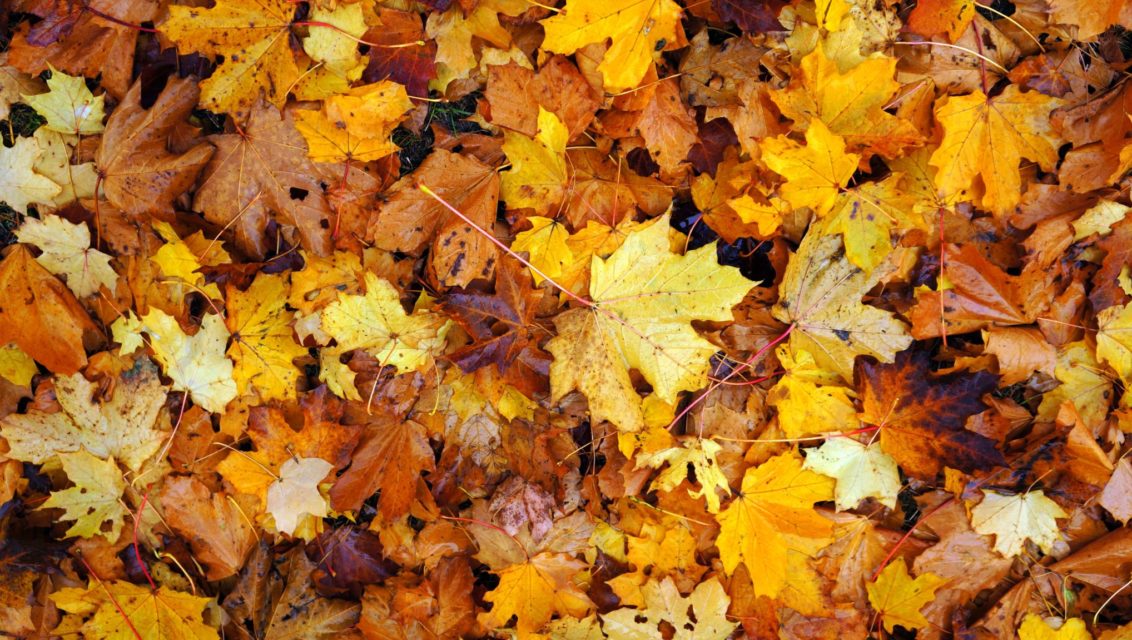 The rain’s over and the skies are blue again.  Nice little breeze blowing leaves to the ground.  My backyard is carpeted with yellow and orange leaves — mostly yellow from the two silver maples.  The front yard and walkway are littered with dusty red Chinese tallow tree leaves.  Yep, it’s definitely fall!

Today’s the first day I’ve felt able to get up & get anything done.  And then I spent all morning on the computer — wading through emails & their associated articles.  I’ve got to start unsubscribing from some of these sites — the election’s over and the fallout reads the same no matter what site you’re on.  And it’s early days yet — the real uproar hasn’t begun yet.  Fingers crossed we can get through Thanksgiving before he starts pawing the earth …

My leg wasn’t too bad this morning — it eased off with just one vicodin, for which I’m grateful.  But as I was gathering up clothes for the wash, I said to myself: “Self, you need to at least try to turn this mattress.  Maybe you can do it, & if you can’t you can always get some help.”  So I tried, & it was easy-peasy!  I’m really hoping that sleeping on the undented side of the mattress will stop this bedamned leg thing so I can get back to walking every day, and started catching up (once again) with the house and yard.  Got the mattress turned & then got a load of dishes in the dishwasher.  I’d let them go for several days, just not feeling up to standing at the sink, so it was a relief to get them done today.  I’ll try & get a load of hand dishes done too.

3:00🕒 and already the shadows are starting to lengthen.  It won’t be dark for another two hours, but it’s so evident that the planet is on a hefty slant from the sun.

I’ve got everything ready for Thanksgiving, except I need a can of cranberry sauce (although my neighbor says she’s got one.  Back a couple of years ago, when we were going to the food bank regularly, one year we got a can or two of cranberry sauce every week — had it coming out our ears.  Somehow I managed to get rid of all mine, but she thinks she still has one or two.)  Still need orange juice, apple cider, & star anise if I’m going to brine the turkey breast with the recipe my friend in Knoxville sent me.  He’s a great cook, so I’d like to try it, but it needs to marinate for four days, so I’d better get busy & get that stuff if I’m going to.

Poor Peerie Penny’s got a cold.  Her little eyes are just streaming, and every once in a while she lets loose with a volley of wet sneezes.  She sleeps most of the time too.  I looked feline colds up on line and the consensus seems to be that they resolve themselves in 4 – 7 days (just like us), so I’m waiting to see how she does.  She seemed a bit better this morning: came looking for food when I got up and her little eyes were clear.  Have been trying to keep Marty away from her so he doesn’t catch it, and so far that seems to be working.

Bought a couple of gravy packets while I was at the store & am going to put it on the wet food they turn their little noses up at.  It’s a shame to waste all that wet food, so hopefully this will make it palatable enough that they’ll eat it.  Of course, they can’t be too hungry or they’d eat it anyway.  Spoiled brats! 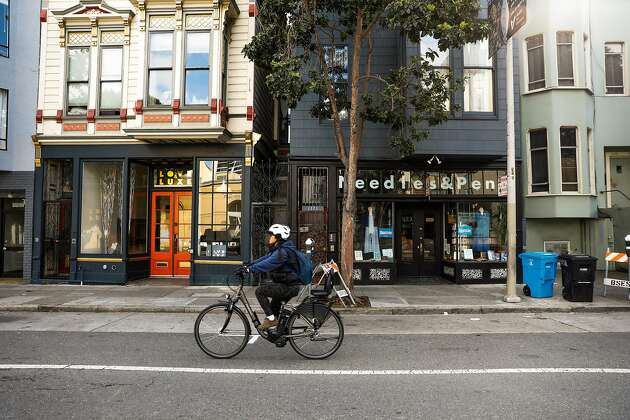 California Gov. Gavin Newsom on Thursday announced a stay-at-home order that will require non-essential work and gatherings to stop between 10 p.m. and 5 a.m. in counties with high rates of corona virus transmission.  The order is slated to take effect Saturday at 10 p.m. for one month. It will apply to counties in the purple tier of the state’s reopening structure.  “The virus is spreading at a pace we haven’t seen since the start of this pandemic and the next several days and weeks will be critical to stop the surge,” Newsom said in a statement. “It is crucial that we act to decrease transmission and slow hospitalizations before the death count surges. We’ve done it before and we must do it again.”

The announcement comes amid soaring case counts, rising hospitalizations and a looming holiday that has the nation on edge.  Statewide, California is seeing a record-high rate of new daily cases, averaging more than 10,000 cases per day over a seven-day period ending Wednesday.  And hospitalizations in California have nearly doubled, from about 2,300 one month ago to 4,500 as of Wednesday, according to state data.

While the Bay Area has fared better than most major U.S. metropolitan areas, the region is seeing some concerning spikes that recently prompted local health officials to strongly urge residents against traveling for the Thanksgiving holiday. On Thursday, officials with the Centers for Disease Control and Prevention joined in that plea, holding a rare press conference to announce new guidelines recommending against holiday travel.

The nine Bay Area counties averaged more than 1,000 new cases per day last week, an increase of 36% over the previous week. Before recording 1,342 cases last Monday, it had been 67 days since the Bay Area reached 1,000 in a single day. For the week that ended Nov. 1, the average was less than 540 new cases per day. The average number of new cases per day in November has been 885 compared to 480 in October, which is nearly an 85% increase.

Due to the rise in #COVID19 cases, CA is issuing a limited Stay at Home Order.

This will take effect at 10pm on Saturday and remain for 1 month.

I’m so glad I live in a state that’s paying attention, and trying to do everything in its power to control this damned pandemic.  A lot of businesses are worried that they won’t survive this new shutdown, but at least the Gov. is putting survival of people above survival of businesses.  We all know the economy is going to be totally destroyed by this pandemic, whether or not shutdown measures are put in place or not.  It’s a choice of the economy tanking because people stayed home & were unable to spend money or because people were allowed to be out and about so that they got sick and died (and therefore couldn’t spend money.)  I’m grateful our governor chose the former.

Sammy the Canadian Dreidel
5 days ago

Our premier has done pretty much the same. Certain parts of the province is color coded and we (York) are red which is bad. 🙁 Dougie isn’t happy, nor is Justin tbh.

@zombieinfusedtea I don’t think any of use are happy, no matter where we are.  Some sites say we’re in the purple zone, others say we’re a light beige.  Who to believe?  I think I’ll go with the purple faction — better to be overly cautious than too blase and catch the bedamned thing!

Sammy the Canadian Dreidel
2 days ago

@ghostdancer No. No one wants the COVID. Ugh.

It seems to me that the states that are close to B.C. seem to be on the same page. I bet they are all friends. we are getting new restrictions also and I am not pissed off or mad, in fact I am glad because people just don’t care.

@jaythesmartone Unfortunately, I think the Trumpette faction will ignore the new rules & keep right on doing what they want to do, which is to go maskless and too close.  We just have to stay away from them to protect ourselves.  Me, I’m staying at home except for forays to the store every now & then.  I’m determined to be a survivor, no matter how long this goes on!

When they start drinking water and eyes are clear it should be over.  Hope so.

@tracker2020 I dunno — she’s eating & drinking.  Not eating as much as usual but that just may be because I’m only putting down dry food which she’s not crazy about.  But her nose is still snotty & her little eyes are still running and she has little or no energy — sleeps all the time (which of course is a good thing.)  I’ll give her until after Thanksgiving & if she’s not better by then, then I guess I’ll have to haul her butt to the vet.

@ghostdancer We got Sheba brand for Ethan the fish flavor.  He had been snubbing his nose at everything even the dry stuff.  He gobbled that up like no tomorrow.  No harm in her not eating.  It’s the water she needs.  If not better they will give her IV fluids if she continues to not drink water.  How old is she?

I don’t go out after dark anyway. Can’t see to drive. Are you having guests for TG? We had some planned but the covid increase made them decide to stay home. Gonna cook a turkey anyway. Em is making pumpkin pie from various halloween gourds and squashes.

@bonnierose I don’t go out at night either — no car & no place to go.  I’m alone for TG — Daughter won’t come down the hill, Grandson won’t come home from Davis, and since Girl Friend will probably be at The Kid’s, I’m staying home.  Gonna do the bang up dinner though, even bought a pumpkin pie or two.  Be sure to report on the “pumpkin pie from various halloween gourds and squashes”  — sounds like it could either be a culinary masterpiece or else a spectacular embarrassment …

she makes pie from the butternut squash from her garden every year. We had to buy it this year. Haven’t figured out the crazy dense clay here yet. Also threw in a kabocha and an acorn. She made two pies already and they smelled like heaven but not for us low carbers.

@bonnierose I think butternut squash would make a good pie.  After all, sweet potatoes do.  I’ve got a couple of butternut squashes, maybe I’ll spearmint.  After buying the pie crusts — I cannot make pie crust to save my soul!

@ghostdancer You bake it in the oven and then it usually takes some reducing over a low flame or in a crock pot – to the consistency of canned pumpkin. Then you are good to go. I can only make pie dough with the dough blade in a kitchenaide. Em can make it with the little pastry chopper dealie. She does use butter/lard, not crisco.

I’m glad that your governor is taking action, which is far more that ours is. Love the leaves! Also glad that you were able to flip the mattress on your own. I hope you slept well last night.

@kotila Thanks Jo0n.  I always sleep well.  And wake up & just lie in bed luxuriating in the morning sunlight & the warm covers.  And then I move.  And the pain sets in.  But I have a plan … stay tuned …