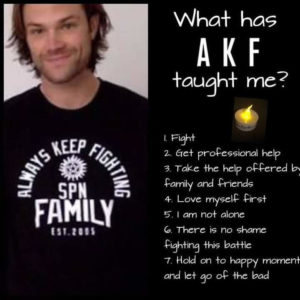 Oh my gosh guys! Thank you for all the birthday wishes. I feel so blessed to have people wish mw a happy birthday. Sorry I have not been on. I was in a really dark place for the past few weeks. I just laid in my bed crying a lot and not sleeping very well. I was not in the mood to do anything. I did have a good birthday, I went out to eat but I can’t remember where it was at. I hate that I can’t recall stuff anymore. I know it was some place. Anyhow I am doing better for today.

I got up this morning only because I kept waking myself up every 1/2 from talking out loud in my sleep. I hate that, I’ve been having crazy dreams and when I do that I tend to talk in my sleep. I also been waking up and thinking I am hearing people yelling or saying my name. I just hate not getting what I feel is not enough sleep.

Back to this morning. I got up and changed the sheets on my bed and took a shower and washed my ratty mess of a hair. brushed it out and put it up in a bun and then went downstairs. I have not been down there in a few days. My mum was happy to see me. She said she was going to go out and get a few things if I wanted to go with her.

I have not been out of the house since my birthday. At first I was not going to go but I could see my mum really wanted me too. I told her sure and went back up to my room and got dressed. It’s still cold here so I dressed warm and then we went to dollar tree and Walmart. I did get a few things that I was needed so it was a worth going.

I been writing this entry forever lol I am watching a 20/20 thing on The Mason killings so I keep getting sucked into it. He was one crazy demon! Some girl said she tought he could blow life into dead birds? What! Craziness…They talked like it was not them who killed people it was the drugs. Evil people for sure!

I called for a therapist to get in touch with me. They won’t be in the office until Tuesday and that they would email me a packet to fill out. The lady was nice and asked if I would be ok until then or did I feel I was going to kill myself. I told her, I had been thinking about death but just because I feel so tired but I was not in the frame of mind of killing myself. I have wrote before about my age this year and it being the same age so I just let myself go into a darker place then I should have.

I am like I said doing better today. I was not going to write but since I have been off the internet since the 5th I thought I would write something so people don’t think I am dead. I am alive! I just took the cutiest picture of Trumps sleeping like a baby on my bed. I’ll add it to this entry that no doubt sounds like the rubbish of a crazy girl. I’ll write more later, Oh I did get my new telly for my birthday it’s 40′ soooo big! I’ll place a photo of it in my next entry. Again thanks for the birthday loves and Huggs~Mermy

“Trumps sleeping on my bed” 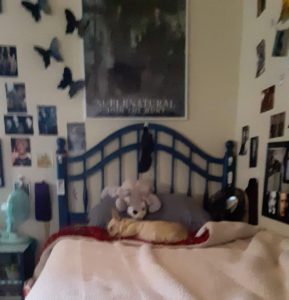 you don’t type rubbish…only because rubbish really sticks and none of this has ever stinked….so there….

I can imagine how English you should…I bet people can’t tell you actually live in America huh?

@jaythesmartone lol True so many people think I am from England. My mum hates when I use a british act when we are out lol

if your mom was smart she would ask what you are saying what it means…then it would force you to talk right to her?

Wonderful to see your updated entry here.  I don’t like that dark place either.  Hope the therapist can see you soon.  Probably virtual?  Your mom still can’t stay away from Walmart huh?  lol  I lived about 8 miles from Spahn ranch when Manxon and his family of cray cray girls and boys lived.   Take care of you and pop in now and then so we don;t worry.  Trumps just loves to curl up.  I am so glad you have him for a companion.  😎

@tracker2020 Thanks for the sweet note..Trumps is nothing but a bum lol He’s mad right now that I am up and the bed is made.

I have been seeing my therapist virtually. After they re-opened the office, they asked if I wanted to come in for my appointments- NOPE! I prefer my appointments in my pajamas, from bed, thankyouverymuch. I hope they can get an appointment sorted for you quickly. <3

@scarlettlee I agree I would like mine at home to in my jams. I hate getting dressed now a days. Not like the old days when I would get up at 8pm get dressed up and go out drinking all night. Now I stay in my jams watch netflix and drink lemonaide lol