On Sunday my father-in-law sent my husband a message that his cousin’s son, had stabbed his other cousin, who had now been rushed into hospital.

While freaking out and like wondering what the fuck happened I am just thinking about all the tension that this is all going to cause.

So my husband’s nephew (his cousin’s son) was staying at his cousin; who has been financially helping him while he works on his music of whatever. Apparently this nephew has been acting weird for the past few weeks…any how…he came home late and stated shouting at everyone and things got hectic and somehow he took a kitchen knife and stabbed his cousin 3 times.

Thankfully the cousin is doing well and is talking….but I do not know what is going to happen now…Please G-d may he continue to recover well and may the nephew get whatever help he needs…I mean you have gotta be some what fucked up to stab your own uncle.

So after reading the message and trying to get some answers my husband spoke to his father who told him that he is busy recovering from Covid. More panic. He has had his shots so his Covid is rather mild…thankfully…but even great thanks is that my husband know sees the importance of getting his shots….the irritating thing is that even though in South Africa you should book to get your shot done, you can also just walk into a vaccination site and get ‘shot up’ but he has yet to actually do that. Of course he is more concerned about his work…I have looked for sites that are open on the weekend but there are none, at least none in our surrounding areas, so he is going to need to take some time off work…but his work comes first. It fucking irritates me how he was just on leave for 2 weeks, perfect time to get vaccinated, but he chose that time to instead drink, drink, drink and sleep.

Fuck, I must really love him to be with him still. 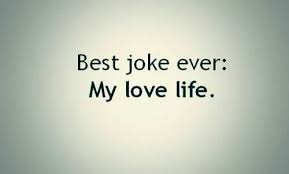 Yesterday while I was walking in our flat I saw he had hid a bottle of vodka above the geyser…when I confronted him, he was surprised, as he had forgotten about it and obviously forgot where he had hid it…I mean really? So I ask him what does he plan to do with it now…and he tells me to put it in the fridge…like

He claims he wants to test himself by having it in the fridge…I put it there and just went to make supper. Every time I open the fridge now…I see it. Maybe if it is still there on Saturday after I have had my tattoo…I will just make a few drinks for myself…

Oh well! So besides all the alcohol and vaccination tension…things are pretty cool between us….but right now as I am typing this I am wondering iF that is enough…and if this is my life, now…

Your last line says it all, cuz it does.

I hope the cousin? is going to be okay, and that he will continue to improve on his road to recovery.

Replace it with water 😅

Hope your cousin is okay

Many people have told me to do that in the past and I have never followed through. The bottle is closed right now…

There is no “test” for an addict, only a last ditch reserve. Addicts don’t get choices in their drug use. They either use or they don’t.

@sleeponflyon – I am just exhausted with all of this!

@sleeponflyon – I don’t want to be without him. Many years ago I pulled back from my friends and now my social circle is pretty much on existent…I mean yes I see my friends but like maybe twice a year.

I have created a life that I love so much with a man that I fell so inlove with that I just shut everything out and now I feel as if he is my everything and without him I have nothing. I mean I know that without him I will survive and be fine, I know I will have friends and I when life goes back to normal after the era of covid-19 I will be able to create a new life for myself, but I don’t want to. I don’t want to start all over again meeting someone new and getting to know a new guy and having him get to know me.

@ncumisa I can relate to this so fucking much. I just ended things with my partner of 8 years and did the same thing. I’m now finding myself quite alone and wishing I felt wanted. I know it’ll pass but fuck if I don’t feel like I made a dumb decision. But also, to stay with her and feel the way I did wasn’t really viable either.

I don’t blame you for how you feel and not wanting to leave.  I hope you find the answers you need soon though.

@sleeponflyon – I am sorry to say this but I am kinda glad that someone else out there feels the same way I do. But I applaud you for getting out and doing what is/was right for you.

I don’t think me not wanting to be alone is a good enough reason to stay in a hurtful relationship…but I keep telling myself that the good times out weight the bag times…I don’t know how true that is.

At the end of November he is planning on going to his family for 2 weeks…maybe that will be a good separation time for us!!

@ncumisa you’ll find your answers one day. I hope the time apart helps

Everything between me and him is great…the only real issue is his drinking… and I am going to be hopeful but I know when he is with his family he will be surrounded by many bad influences (brother, cousins, sister) but I will have faith and trust in him.