Skip to content
I hope you all had as wonderful a Christmas as I did.
It began, for me, a couple of years ago, when Drew’s favorite jacket was stolen out of his rental vehicle on a business trip to Orlando. It was a Disneyland varsity jacket that he’d gotten on a family trip years before we met. He was absolutely heart broken that it was gone, as Disneyland no longer sells this jacket, so I went on a mission to find a replacement.
I’ve been looking all this time, but the stars aligned, this year, and I was able to find one that looks like it’s never been worn. It’s a size smaller than his original jacket, but Drew is a couple of sizes smaller than he was when he bought that one, so this one would fit him perfectly.
When I saw it, I didn’t have the funds immediately available. I asked Adina if she had a credit card she could put it on, and I’d pay it back ASAP. She didn’t hesitate.

I was pretty sure that Drew had seen my laptop open to the eBay page with the jacket on it. Shortly after that, he began reminiscing about the jacket. I was sure he suspected, so I didn’t want to give him any clues that I’d actually been able to get it.
Now, where to send it?
Fortunately, my brother lives fairly close to Reno. I contacted my SIL, Andrea, and asked her if we could ship it to her. She was happy to be able to help!
When the item arrived, Andrea, my niece, Anya, and I, met for lunch and a visit in Reno, and I picked up the precious jacket.
Drew had just left for Virginia, that morning, so on the way home, I picked up a gift box to wrap it in. Then, when I took
Kevin (Drew’s brother) to pick up his grocery order, he ran into the store for me to get a nice ribbon and bow for it. Then he stored it in his RV until the wee, wee hours of Christmas morning, when he slipped it under the tree.
I woke at

three that morning, too excited to sleep any longer. I lay there for four hours waiting for Drew to show some signs of waking. Finally, at about 7:30, he got up to use the bathroom, and I asked him if I could give him his present. 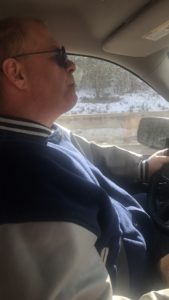 In the past, we have taken vacations in the Fall, and we considered those our Christmas gifts to one another. [As you may recall, last fall, Drew gave me the proposal of a lifetime (wedding date TBD, post pandemic)].
Buying Christmas gifts for each other, has not really been our thing, so when I asked him if I could give him his gift, he got a little upset. He hadn’t gotten me anything. I didn’t expect him to, and I told him that this wasn’t about getting something. It was about giving something.
So he began to open that box, and my heart was racing. When he pulled back the tissue paper, revealing the familiar logo on the back of that jacket, he froze. I’m pretty sure he stopped breathing.
He looked it over, then looked at me, then tried to articulate his appreciation. He didn’t need to say a word. It was all in his eyes! 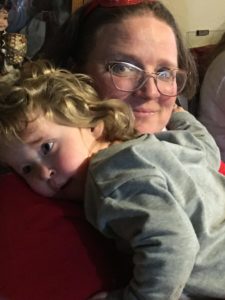 Now you’d think that nothing could top that. And I’m not willing to say it “topped” it, but it certainly made my day even brighter when I walked into my parents’ house, and my sweet grand-niece, Aubrey, 21-months-old, having only seen me once or twice, before, walked up to me, held up her arms to be picked up, and then melted into me when I obliged. She snuggled up to me for a while, then leaned back and waved at me. She looks so much like her mama did when she was that age, and Daniella and I always had a special connection, so this was extra special.
I got to have a nice visit with my parents, Dani and David, and my sister, Audra. It was a small gathering, but that was probably better, mid-pandemic.
As we drove home, it began to snow. It took us a little more than three hours to get home, but it was a beautiful drive, and we listened to Dr. Jan Pol’s book, “Never Turn Your Back on a Cow,” and I just felt perfectly contented.
Once home, we watched “Soul,” on Disney+. I thought it was wonderful. Then I slept the best sleep I’ve had in a while. It’s great to be close to family, again, where we belong. 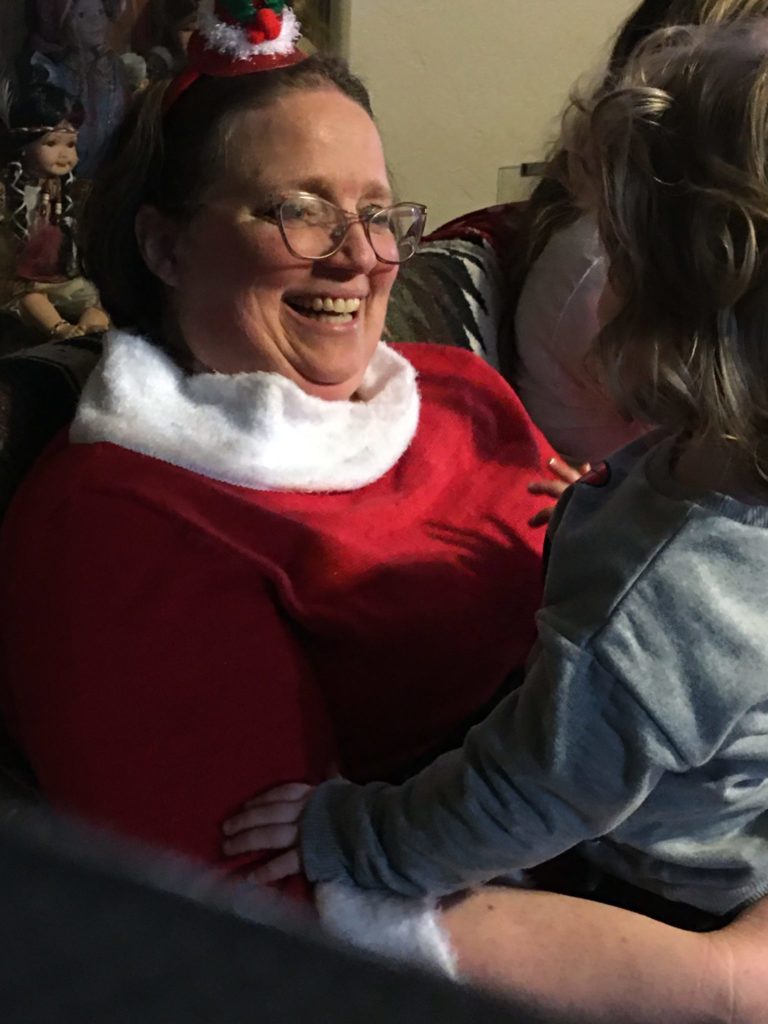 So happy you had such a wonderful time!

@snarkle  hope you had a wonderful Christmas

happy you had a great Christmas!

Well, isn’t just lovely! 🙂 You made someome’s day and your day was made by another!

Sounds like you had a wonderful Christmas.  I love the jacket story. Perfect!

Glad you had a great holiday.

That sounds like a great time. That was a very thoughtful gift, I’m glad that he enjoyed it. I’m glad it went well.