Skip to content
Along with the independence that driving has given back to me, it has also given back one of my favorite things: audiobooks. I have only ever been able to listen and hear an audiobook if I was driving or doing something mindless like housework. Since my battle with encephalitis, I haven’t had the energy to do more than a basic minimum of housework, so driving is when I get to listen.
I’ve had a couple of audiobooks waiting in the queue. One of them was the third installment of Trials of Apollo, my favorite of Rick Riordan’s many Young Adult Fiction series. The second is a book published by his company, Rick Riordan Presents. It’s called Aru Sha and the End of Time, by Roshani Chokshi.
Similar to Riordan’s characters, Chokshi’s main characters are demi-gods. They are children of Hindu gods, but Aru never knew this until she accidentally set loose a demon, and discovers who she is.
I’m not all the way through it, but there was a line I heard today that has inspired me to write. Aru is thinking about Pandava brothers (Arjuna, Yudhistira, Bhima, Nakula, and Sahadeva). Her mother has told her the stories of them, and she knows that they are considered brothers despite the fact that they all have different divine fathers, and different mortal mothers. Then she has this thought, “They didn’t have to be related to be brothers. There was a shared divinity-ness in their souls that was just as good as blood.”
I had to stop the book at that point and ponder that for the duration of the drive home.
I don’t think that there is anyone who follows me on Facebook who doesn’t know how much I adore my family. What you may not know is that there are very few with whom I actually share blood. Technically, all of my siblings are “half,” except for Angel, who is “step,” and Tammy, who is “foster.” But while every one of us is known to be complete potty mouths at times, “step” and “half” and “foster” are just not used in our family. Tammy and Angel are just as much my sisters as Audra. And Audra, Ira, and Edward are as much my sister and brothers as any siblings who share two parents.
When I was grade school aged, I hated that I had a different last name than my mom and two of my siblings. I felt left out, even though my parents never treated me any differently than they treated the other kids.  When I got married at 18, I was excited to take my husband’s name because, then, at least there’d be a reason for us not having the same last name.  Of course, then I got divorced, and by then, I was tired of having to be someone I wasn’t, so going back to my maiden name was cathartic, and I didn’t mind it so much.  It was my mother’s name, and that’s reason enough to love it.

So with most of those that I consider my family, there is no shared name nor is there shared blood.  That goes beyond my siblings to include nieces, nephews, cousins, aunts, uncles, and grandparents.  My beloved Papa was only 30 years old when he became my grandma’s fourth husband.  I cannot imagine loving a grandpa more than I loved him and continue to treasure his memory.

But it also goes beyond marriages.  There are friends who are as close as any blood relative.  My renaissance faire family who have looked after me through all of my health issues – checked in on Facebook, held my hand in the hospital, bought dog food when I was out of money, sent me money here and there to make sure I was eating properly, and took me to movies.  There is my former roommate whose friendship became something indescribably beautiful.  There are former classmates with whom there is a shared appreciation for surviving a drug-ravaged community.  There are fellow teachers, who are kin through the shared anguish of pouring your heart into a career that doesn’t appreciate you nearly as much as you deserve to be appreciated.  And there are young people whose lives you’ve touched without realizing how deeply who adopt you.

“There was a shared divinity-ness in their souls that was just as good as blood.”

I believe that God is Love and Love is God.  In that light, what other shared divinity-ness does there need to be to be family?

As I’m ready to wrap this up, I’m realizing the irony of having once felt like an outsider.  I used to joke that I have a family stick.  Yet here I sit, celebrating the dozens of people who love me so well that I feel that I have limitless family.

I am an exceedingly blessed woman. 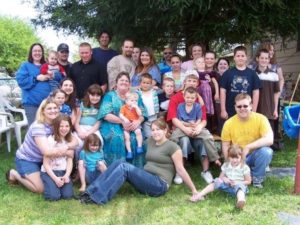 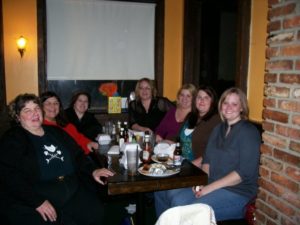 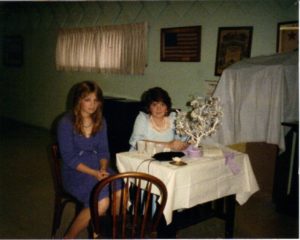 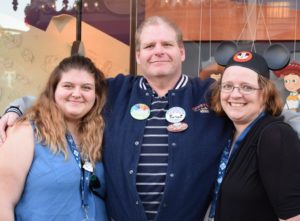 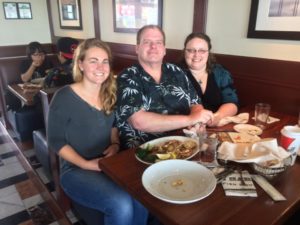 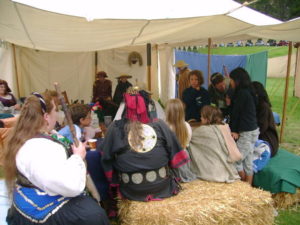 Having been adopted by my long term boyfriend’s family, I love this entry. You don’t have to be blood to feel like family!

Only if people will realize how important family is.  When the talking stops there isn’t much left and it’s often too late to play catch up.  I realized just how much of a crappy grand daughter I was only after my grandparents died.

@thediarymaster I cannot recommend Riordan highly enough.  His stories and fun and funny and there are subtle nuances that you know he added for the adults who are reading.  His characters are diverse and he is not afraid to touch on sensitive social issues in the context of the stories.  While I will always choose Hogwarts as my dream destination, Riordan has become my favorite author.

If you get the chance, read what inspired him to write the Percy Jackson series.  That in itself will cause you to love him.

@oniongirl I will definitely do that, thanks!

I am so happy that you are able to drive and listen to your audio books again!

I loved this entry. I am glad that you are surrounded by so many good people that you are close to. Blood or not.. Like you said God is Love. I loved that

I really love audiobooks, and I’ve listened to some murder podcasts too, on my work commute haha.