I have had more than my share of drama for one life.  Through counseling and a lot of writing, I feel like I’ve worked most of it out.

I’m usually in the shower when one of those deep, gangrenous wounds begins to surface again.

This morning I was remembering a baby shower I’d attended when I was about 19 years old or so.  A family friend was having her first baby.

First you have to understand that this woman’s family gave my mother a home when she was a teenager and my grandmother had checked out emotionally.  I grew up referring to her parents as Grandma and Papa Bear, and some of her siblings were “Aunt” or “Uncle” whatever.  As a matter of fact, the man I consider my dad is this woman’s first cousin.  Their dads were brothers.

Lori, the woman for whom the shower was being thrown was one of eight children.  Her older sister, Teri, has been written about in this journal before.  I despised Teri and her husband, Bill.  Bill was a lecherous scumbag and Teri was his enabler.

Most of the children in the family were abusers of drugs and alcohol, including Teri and Bill, and as my mom and dad were, also, most of the experiences I had with that family in my teen years were drunken parties.  There would inevitably be anger and verbal confrontations between drunks and often the children were scapegoats for the angst. Great place for kids, of which, at 14, I was the oldest.

When the time came that my parents allowed me to choose whether I wanted to go somewhere or not, I stopped going to visits with that family.  I loved Grandma Bear and Lori, and there were others around that I could tolerate, but I hated the chaos and ugliness of those events so much that I just didn’t want to be around them.

Lori’s baby shower was the first gatherings of that family that I had attended in years.  I knew there would be no men or alcohol, so I thought it would be safe.

It probably would have been had it not been for “Pinkie.”  I don’t know what her real name is/was, but that’s what she went by.  She was the now-former girlfriend of the youngest of the brothers in that family.  I never remembered anyone but Greg liking her, so I didn’t know why she had been invited, but there she was.

She showed up a little late, and when she sat down, she looked around to see who was there.  She looked at me and said, “I remember you.  You were such a bitch.”  She laughed as if it was such a cute thing to say.

She got serious, and looked at me under her bushy eyebrows, “Oh, yes you were.”  And then she looked around for support from others that were there.  A few chuckled uncomfortably, but no one said a word in my defense.  I felt as though I’d been slapped.

Occasionally, that’s one of those ugly wounds that rears its head.  I spend a while thinking of all the clever things I should have said, like, “Haha…. well, maybe you’ll outgrow it someday, too.”

I then went on to imagine what I would have said to someone who said something like that to Laura.  Then I realized that her step-mother probably has said such things when I wasn’t around to hear them.  I imagined all the ugly things I would say to her, including calling her the C word, which I reserve for extra specially horrible humans, like her. 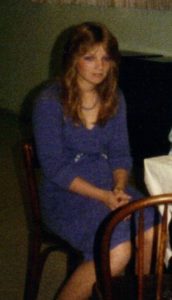 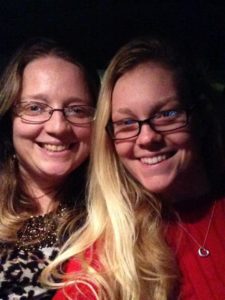 I now realize that I was perceived as a bitch as a teen because I was fucking hawt, and looked much older than my years.  As you can see in this picture to the left of me at age 14.  I was also never interested in engaging in their debauchery.  I think you can see that, too.

Today is going to be a great day.  I’ve already gotten to video chat with my Adina.

And my Laura is on her way to make us lunch and give us eight months worth of hugs!

If Pinkie has children, I doubt they like her, but I know they didn’t choose her, like Laura chose me.   💖

You were beautiful as a girl… you still are but you know what I mean. You look like the gal who caught the bouquet at my first wedding.

I would have said “Takes one to know one.”