I woke with a weight on my gut, this morning.  It felt like there was a boulder in my stomach and a belt around my chest.  As soon as I realized that it was  a reasonable hour to be awake, I remembered what day it is, and the weight got heavier.

9/11 – Never Forget – I couldn’t forget it if I tried.  Like most of us old enough to remember that horrific day, it’s burned into my being.

I think even more than the 18th anniversary of that horrible day, I am really beaten down over being targeted for bullying, yesterday, because I made a joke about a cartoon a friend posted.

I foolishly commented that I have won arguments with atheists.  It was not a challenge.  It was a joke, because by most “Christian” standards, I’m not a believer.

But the way I see it, that’s between me and whatever God may be.  So I practice Catholicism, and I was honest with my priest about my beliefs and/or doubts before I took communion and became confirmed.

By the time I got home from running errands, there were at least half a dozen challenges from people about my comment on this cartoon.  Most of them were pretty easily answered and they realized that I wasn’t challenging them, so they dropped it.  But one or two got really rude.  One supposed that I never won an argument, but that the people I argued with just didn’t think I was “worth the effort.”  RUDE!

It got kind of ugly when one of the people involved in the discussion brought up the fact that I’m Catholic.  There were only two people in this discussion that I knew, the original poster, and the guy who brought up my Catholicism.  I consider them both friends, though we only know each other through the same mutual friend.

When my Catholicism was put out there, a new commenter decided to go straight to personal insults.  He called me a hypocrite and complicit in the crimes against young people committed by members of the clergy.  According to him, my money and time are used to oppress groups like the LGBTQ+ community.  He said a lot of ugly things, and I handled them as they came.  I kept trying to end the argument, but he would not stop.  I don’t think it would have bothered me as much as it did but for the fact that neither of these people who I consider friends tried to get the guy to lighten up.  One even threw some fuel on the flames with a comment that could have been taken a multitude of ways.  I took it as him agreeing with the guy.

So, in summary, I feel like people stood by and watched me take a beating.  I held my own, but it sucks to know that people who have such strong opinions about some things will keep their mouths closed when actually faced with standing for something.

I know that neither of these things should be affecting me the way that they are, but I’m likely hormonal, and I’m certainly exhausted.

I’m also troubled by the idea that by being Catholic, do people really assume that I’m OK with the abuse of children or the oppression of certain groups?  I’m not.  I’m pro-LGBTQ, I’m pro-Choice, I’m anti-hate.  And if I caught someone hurting a child, I’m pretty sure he wouldn’t need to be convicted, because I’d kill him with my bare hands.

I’m also as certain as any believer can really be that all those who call themselves believers of any religion are believers in the same God, just with different names.

That reminds me of a wonderful analogy I heard in college.  I’m embellishing a teeny bit because that’s what good storytellers do: 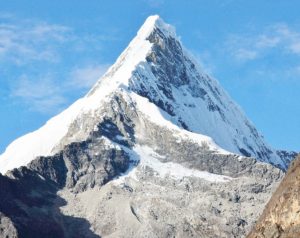 Imagine you live at the base of a massive mountain.  At the top is something wonderful.  There is enough for anyone who can get there, so most people are trying to reach the top.  But the path one takes to the peak is influenced by one’s starting point.  The person on the east side of the mountain will have a much different journey than the person on the west side.

God is the top of that mountain.  Chances are, we’ll all get there if we work together than if we try to scale it alone.

The cat is at the door crying for his dinner.

So there’s my word vomit for the day.  Thanks for reading/listening.

I like to think that no matter what we think or believe that we can just put all this aside and get along and play nice. I don’t think religion or color or pro choice or anything else has anything to do with the human race.  We are born not knowing but it’s others who teach us the rest…..We just need to know the difference and follow our hearts and brains.

I don’t think I’ve ever tried to argue with anyone over beliefs. You and I have had discussions, which were nice and polite. I’ve never gotten the point of it. If people are happy and aren’t out hurting others, I leave them alone. I hate the Mormon religion but my family is happy, so I leave them alone. I actually do things in a way so I’m not causing them problems.

I hate arguing about beliefs. It’s seems pointless. I like and enjoy discussing different beliefs. I loved our conversations.

I’m sorry you had to deal with that.

@heffay, thank you.  That means a lot.

I was raised Catholic as well and I don’t agree at all with things that took place in the church.  Just because I am Catholic (Well I call myself a recovering Catholic) doesn’t make me the same.

There is just too much hate out there.  Always someone too quick to judge another.

@thespiritwithinme I had a similar conversation with my grandma, many years ago.  🤦‍♀️

Many Christians do seem like they speak hatred against the LGBTQ+ community, and abortion, but it’s wrong to make that assumption about someone you don’t know solely based on their religion. I’m annoyed that you received those comments as well, and I think that your friends should have stood up for you… unless they thought that you were holding your own.

@justamillennial, maybe they did.  Thanks for that perspective.

There is a way to utterly destroy an argument. You respond with “Yes. You’re right” because it makes no difference what anyone says or thinks. It’s all opinion. “Yes. You are right” ends it. Often leaving the aggressor completely confused.

@oniongirl Thank you. I just hold to the Twainian idea of “Never try to teach a pig to sing. It wastes your time and it irritates the pig”