Deep in the stillness of another  night of the coronavirus quarantine, my mind is relaxed and wandering off into the past where the present has taken me.   So many things are different now that I’m wondering what it will be like when and if things return to more or less what they were before the pandemic.

It now seems that the simple pleasures  we completely took for granted before are now weighed down by questions and concerns  about when and where it’s safe to go out and whether we should go at all.

I used to take day trips of 50 to 100 miles from where I live.  Now if I’m thinking of going to Columbia, our capital, and it’s a beautiful day, there are concerns.  What if I have car trouble way out in the country. I’d have to call AAA to come from somewhere out there to tow my car to the shop in Charleston.  But Co-vid 19 restrictions would prevent me  from driving back with the man from AAA.  I wouldn’t want to, anyway.  These are not normal times.  I’d have to call my brother to come 30, 60 or 100 miles to pick me up and bring me home.  Never gave this a thought before.  And my car is 15 years old, a Honda Civic, true, but….

So I want to travel long distances again butI won’t  or can’t.  I fear there might be more crime up ahead.  I might not want to leave the house with no one here  to go anywhere for more than a day.

So I can travel now that am freed from the restrictions of caregiving, but who wants to travel?  Too many complications. Where would I sleep at night?  Where would I  eat?  Again, the simplest things in pre-pandemic life are now suddenly complicated and fraught with danger, real or imagined.

Travel has always been my great escape, my adventure.   The  road to freedom for me.  Ever since I read the book “Blue Highways”  in 1982.

Now traveling  the backroads on countless highways across many states on my way west and northwest like I used to do seems like some impossible dream.  Every city and small town would seem strangely quiet and empty.  Where is everybody?  Far from the familiar places I know at home it might now  seem like I’m venturing into some kind of “Twilight Zone.”  Nothing seems the same.

All this pondering on  the new realities makes me look with yearning back 3 and ½ decades ago to the mid 80’s when it seems like I was forever planning cross-country road trips which would end in Seattle and the Pacific Northwest.  Now I’m retired and don’t have to worry about this, but  back then road trips were lifeline to the future, an escape from a world of dashed hopes, lost jobs and ceaseless uncertainty and anxiety.

Back in 1983, my teaching career goals had collapsed and what followed was literally a decade of wandering from place to place and one temporary job to another. The only thing that kept me from going out of my mind and falling into another period of depression was travel, not in Europe or Asia and elsewhere, but seeing the USA, every corner of it except the northern tier of the Midwest and New England.  In preparation I pored over guidebooks, maps and those series of best road trips in America guides.   The was well before the World Wide Web and broad availability of Internet connections.  There were loads of printed materials on my bed as I  into my travel research. The excitement and anticipation of each long trip easily took my mind off the troubles and uncertainties I faced.    Beginning in the spring of 1984, and continuing for each of the next four years, I’d embark on solo road trips across the county, stay in Seattle for awhile and then head back through Oregon, Idaho or California.  I wrote a lot about those travels, kept a diary account of the placeS I’d been for the first time, and took lots of pictures with film cameras instead of digital, as everything is today..  My faithful and utterly dependable car for every one of those trips was a 5-speed manual shift Nissan Sentra, by far the best car I ever had.

I don’t know when or if I’ll travel long distances by car, and I’m certainly not going anywhere by plane.  So I’m going to do some armchair traveling and reminiscing.  I’m going to finally start going through file folders and boxes  of stuff upstairs.  I’m going to be sorting and prioritizing  dozens of those file folder stacked up in my study and boxes full of documents, photographs, letters and countless other bits and pieces of memorabilia, all precious to me for some reason from far in the past.

It’s really now to finally have some time to think about and relive visits to many of the places I travels to on my long road trip odysseys.   I’m starting with a small blue file box that contains a collection of brochures from historical sites I visited during the 80s.  At every stop, whether it was a national or state historic site, a regional museum, living history museum, or historic home open to the public, I would purchase books, pamphlets, brochures, postcards and the end of a long and very satisfying and happy day of travel, I’d empty the bag of all the days accumulated purchase, lie down in bed and read and go over everything, as well as my road atlas and travel guides (I relied on the Mobil guide series), and stayed up late into the night planning the next days sites  visit and back road routes.  Many days from 10 in the morning til 5 or 6 in the vining I never covered more than 200 miles.

It has been 15 years since I started out on my first trip around the country, filled with equal measures of excitement, apprehension and longing for new adventures after some major setbacks in my life.  That trip opened up the country to me, from the spring-fed rivers of the Arkansas and Missouri Ozarks, the Sandhills of Nebraska, and the Powder River valley of Wyoming to the immense grasslands of eastern Montana, the Yellowstone River and the Palouse hill country of eastern Idaho and Washington.  I started in May 1984, got to Seattle and worked there that summer, and returned in August.  It was my first big open road quest, the trip that altered my life as any grand new experience will.

The following spring I did it again, in the months before I was to start graduate school.  I had saved up money from a dead-end job, was reaching another low point, and couldn’t wait to have miles of open, two-lane “blue highways” up ahead of me to the horizon.  I couldn’t think of much else for weeks prior to the start of the trip.  Each night during the ensuing trip I filled my journal with entries chronicling the day’s experiences visiting national parks, historic sites, small out-of-the way towns, scenic river drives, museums, state capitols, and colleges and university campuses.   By late afternoon I was so filled with exuberance and the wonderful exhaustion of just packing each day full of new experiences that when I stopped for the night, I fell into a kind of reverie, reliving the days events.  It was like it could go on and on and never end.  By about the fifth or sixth day, I had settled into a kind of backroads-explorer role so thoroughly that I could neither contemplate the end of the adventure or imagine doing anything else.  Surely this must have been what William Least Heat Moon felt as he made his way across the country in his van, “Ghost Dancing”, and began the great saga that led to the classic road book “Blue Highways,” the inspiration for my travels.

When I think back on those journeys today, or read journal entries about them, there’s a slightly unreal quality about it all.  Once upon a time there was this person, me, who had as his major responsibility getting a job and settling down somewhere, but who blundered into and out of one disastrous job and school situation after another, through no fault of his own, and who sought the open road to escape from the downward spirals of life. The road opened him up, infused new life into his tired 30-something-year-old psyche, and gave him hope and courage to try new things.

I couldn’t possibly express those roadtrip feelings any better today than I did 13 years ago.

That single blue file box I mentioned earlier contained information about these places I visited: 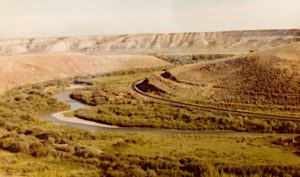 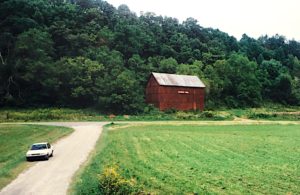 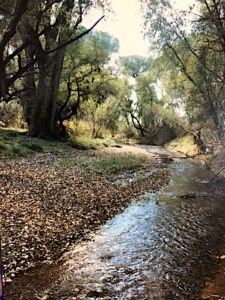 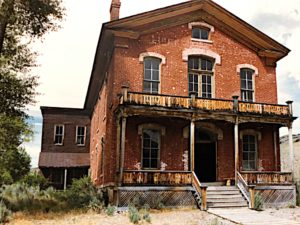 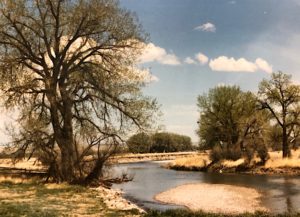 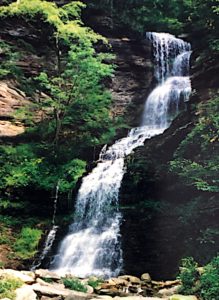 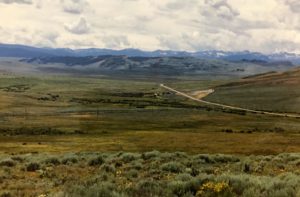 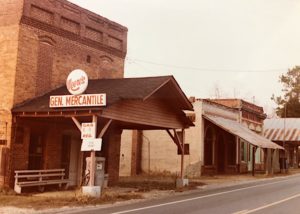 The Nerve!
2 weeks ago

If the AAA man is working, he is not sick. If you are concerned you can protect yourself either way, but you could always ask if, in light of the current situation, you can ride in your car (I know it’s generally not allowed, but I have had them allow me to do this twice). It’s all in the asking 🙂

I’d love to travel as well… I’m very VERY seriously considering going full-time RVing. I can work remotely doing what I do, so that would be incredibly relaxing. Have you considered that at all?

My last reliable road buddy was a 1989 Honda Civic, Don Rolando. It lasted me 24 years (was my Mom’s car first). They don’t make cars the same way now! Your brochure tale kicks me right back into childhood 🙂 I used to love collecting brochures of ANY kind I’d find at hotels, stores, gas stations, when traveling with Mom. They were like a treasure – I felt like the CEO of something no one had my privileged access to.

@thenerve   You and me both!  I still love collecting brochures and other tourism freebies!  Such fun.  But the only booklets and brochures I get nowadays are from local places to visit!  That’s okay!

The Nerve!
2 weeks ago

@oswego – Bless your heart!  I probably should start doing the same thing, just to bring back a bit of memories 🙂

I loved this entry, my friend. Your photos are always so expressive of the real America. Traveling the USA was a dream of mine, but unfortunately my husband’s health prevented us from doing that once he was retired.  It’s those back roads, unpopulated by tourist attractions that beckoned me most.  Glad you got to see so much of the country, and thank you for sharing your travels through your photos.

I finally organized my files. Have just a half of box left to sort through. I do feel a sense of accomplishment getting this far. Ha, ha. I tend to want to hold onto memorabilia, but moving here has forced me to pick out what’s really important enough to keep.  Hardest thing ever was having to get rid of books that I had gathered for so many years.  In some ways, it was like losing old friends.

I share your travel concerns, especially when it comes to traveling by plane.  I’m hoping things improve before the end of summer so I can go see my son.  My daughter is still pretty protective of my goings and comings right now.

I am so envious that you have organized your files.  What an accomplishment!  I have still hardly begun.  In fact I haven’t begun yet.  I pulled out two pictures from 30 years ago and wrote my entire next OD entry on the memories associated with just those two photos.  What kind of progress is that?  🤔🌞

@oswego  Believe me I procrastinated about organizing those files for a very, very long time.

Writing is always a great idea especially when accompanied by your amazing photos. Looking forward to reading your next entry.