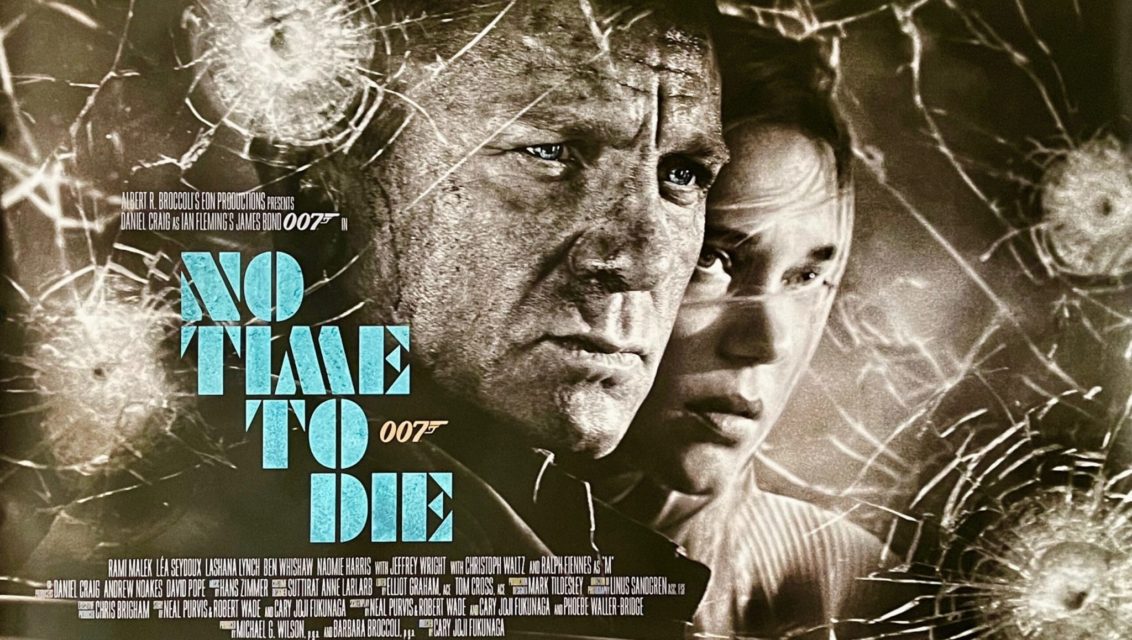 Well, after several delays I’ve finally seen the movie I’ve been looking forward to for quite a while… Daniel Craig’s 007 swan song. No Time To Die is the newest addition to the Bond franchise, and the twenty-fifth (Yes, 25th) film does not disappoint. And for those who were worried about the film being woke, it didn’t come across to me that way and I thought the new characters complimented Craig well and added to the film rather than took away. The film also tied up the stories from previous films, and gave Craig the final bow that he deserved after five really good movies. It’s worth checking out if you are able to get out there and see it, especially if you are a fan of the Bond movies. 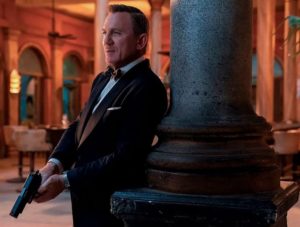 (Craig’s last turn as Bond will leave fans stirred, but not shaken)

While I don’t consider Craig to be the best James Bond of all time, he’s still pretty damn good at it. I remember when he was first cast and fans all over the world were up in arms about a man with blonde hair being Bond. I had zero issues with Craig and was actually excited about the choice. Before the announcement I had seen Daniel Craig in an impressive crime drama called Layer Cake, which was directed by Matthew Vaughn, and based on that film, I had no doubts about Craig and his ability to be a believable 007. The last five films proved that theory to be spot on.

For those who are afraid that the movie is woke, I don’t think that’s the case here. Yes, there is a black woman playing 007… but in this context and the story line being used, it’s not unrealistic. There is a significant time jump in this film, and there is no way Her Majesty’s secret service would wait forever for Bond to comeback and assign his number to the next person who qualified for double-oh status. Life does move on, and that was the theme of the film and it made sense here. I had no issues with Bond’s replacement, and she was a good ally to our hero when it one was needed. A team player that was putting Queen and country first, like Bond had done so many times. Regardless of how it might look to others, Craig was still the MC of this picture was the focus of the story from start to finish. Bond was never relegated to the background, not for a second. 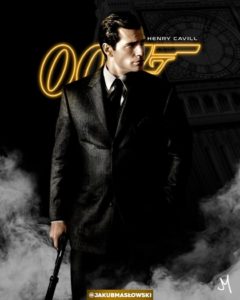 And while Craig’s time as the famed agent comes to a close, this is not the end. Producers of the series have already said a new Bond will be cast with the process to find him early next year. I’ve heard a lot of names being tossed around, but the one actor out there that I would love to see try his hand as the famed spy would be Henry Cavill.

Yes, I’m serious. I think the man who plays Superman/Witcher should be the next James Bond. Just check out the fan pic to the right to see what an awesome idea this really is…

A lot of people don’t know this, but Cavill auditioned for Casino Royale and lost out to Craig for the iconic role. At the time, Cavill was considered too young, and not lean enough for the part. Today Cavill is the same age Craig was when he was cast, 38 years old, so I believe now is the right time for Cavill to take on the famed role and order a martini. If you’ve seen movies like Man From U.N.C.L.E and Mission Impossible: Fallout, you will have zero doubts Cavill would make an amazing James Bond. As far as well know, Henry appears to be finished with Superman for a while, so he’s free to sign up for his lisence to kill… so I hope Universal jumps all over this opportunity, cause Cavill is already a proven name, and casting him as 007 will put a lot of butts into seats and make a lot of cabbage for the studio. In my humble opinion this really is a no brainer; Cavill should be the next James Bond.

Regardless of who the next 007 will be, if the film is written and produced as well as this film was… the franchise will carry on. This was another exciting chapter to what was a great story. Fans of the series and Craig’s efforts will enjoy this movie a great deal as it gives our current spy the send off he deserves. You will not be disappointed.

I’d like to see it eventually.  I think Cavill could do justice to the role.