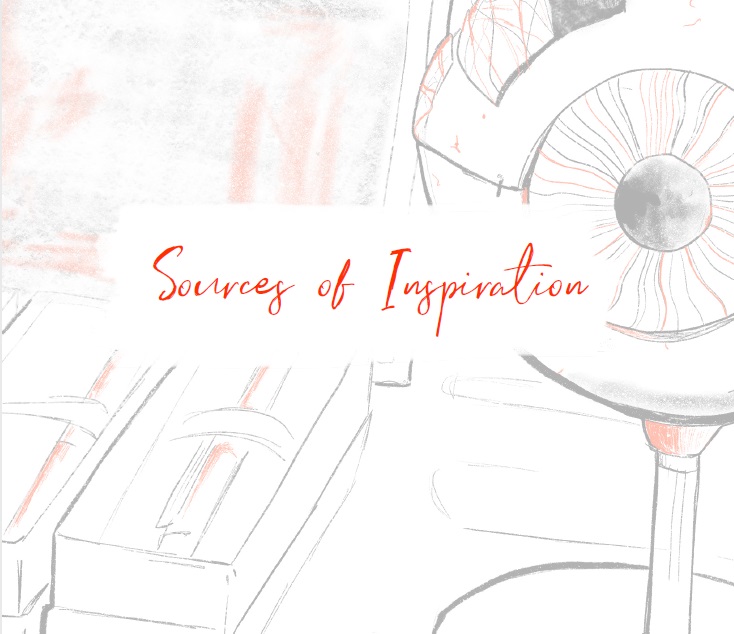 While I’m posting the homework for this MasterClass, I’m actually taking 3 classes at the same time. Every Monday, Wednesday and Friday, I’m going watch one lesson and do the homework for those classes before the day ends. On the other days, I do my regular comic/novel work. In addition to Gaiman’s class about storytelling, I’m taking Steve Martin’s course about comedy, and Joyce Carol Oate’s class about writing short stories. The other two classes are very interesting, but not as good as Gaiman’s so far. I want to write more short stories, which is the reason why I’m taking Joyce’s classes. If I happen to write something awesome for that class, I’ll post it here too.

I won’t be posting all my homework here for the class, because not all assignments are the same. The assignment for lesson #4 for example is to read the first chapter of American Gods and take notes about what genre I think the book is and what I think the character wants. So when I skip right to assignment #5, you’ll know why. So far the courses are pretty cool, and they are sparking some inspiration. Steve Martin’s is a little different as he’s just shooting the shit and not really teaching anything of actual substance. I’m not saying that like it’s a bad thing, as I have been finding his lessons very amusing, thought provoking, and definitely inspiring. There’s hardly any homework for this class either. If MasterClass were a high school, Steve Martin would definitely be the cool drama teacher that everyone loves to hang out with.

When I finish these three course, which will probably be in about four or five weeks from now, I will start new classes afterwards, and definitely try to get my money’s worth. In the next round, I’ve decided to take another writing course (maybe Dan Brown) and definitely a cooking course (Gordon Ramsey) but I am going to also take Neil Degrasse Tyson’s course on Critical Thinking and Communication. That one looks very cool.

But I digress, here is the third assignment from the Gaiman class that I’m currently talking.

Choose a folk tale or fairy tale that you know well. Select one of the characters from the story for the following exercise and write a few pages about them, using one of the following prompts:

• Pretend you’re a therapist treating the character. Write a scene in which you discuss the character’s life and problems, then arrive at a diagnosis.

• Write a newspaper article describing the events of the story. For example, Snow White—Woman Hiding in Woods for Ten Years Found by Wealthy Hiker. Then write a story for that headline using journalistic objectivity.

• Have your character explain their actions to a jury.

NOTE: I went with the first option, the therapist treating a character from a folk tale.

Big Bad On The Couch:

The psychiatrist sat there and looked at his client with an odd look on his face. He was told the person being referred was different but never expected that weirdness to be taken to an absurd level. The thing in his presence was rather large, and even menacing but the doctor kept his composure. He cleared his throat and attempted to communicate with the creature.

“What should I call you?” he softly asked.

“They just call me the big bad wolf,” the gruesome creature replied, trying to make himself comfortable.

“No, we don’t use negative nick names in here,” the doctor said, eager to gain control of the situation. “What is your actual name?”

“I don’t know,” The wolf answered, “I was never give one that wasn’t negative I suppose.”

“Then pick one,” The doctor suggested, “Give yourself one that you’re comfortable with so that we can properly communicate.”

“Alright,” the wolf said, pondering the idea. “How about Roy?”

“That will be fine, Roy.” he said, as he watched the big wolf lay down on the couch. “Now we need to start by discussing why you’re here, because court mandated therapy doesn’t happen by itself. So tell me why you’re here.”

Roy looked up at the doctor. “Didn’t you read the file?”

“Of course I did,” the doctor replied, “But I want to hear it in your words.”

”I was just minding my own business when I bumped into her in the woods.” Roy started, ”It’s not a crime to stroll in the woods, is it?”

“I said I bumped into her,” the wolf countered, “And that girl spoke to me first, asking for directions. I mean what kind of kid needs directions to visit their own grandma? Someone who doesn’t visit her Nana enough if you ask me.”

“That’s no excuse,” the doctor said, “It doesn’t change what you did.”

“I was hungry,” Roy continued, “You don’t see lions or bears in here being asked to justify their actions.”

“True,” the doctor conceded, “But why the elaborate rouse? Why not just take the basket by force?”

“I don’t know, maybe I was bored and hungry.” Roy suggested.

“Idle hands?” the doctor said, “We’re really using that excuse? That doesn’t entirely excuse the attempted assault, attempted murder. We haven’t even covered the cross dressing yet either.”

“Hey that was just acting!” Roy called back, “There’s nothing odd about that. No one questions an actor when he does that. I was just trying to trick her into giving me the basket.”

“Seems like a complicated plan,” The doctor observed, “And in the end you found yourself in a hospital with your guy split open by a woodsman and charges being pressed by an old lady.”

“I know, I know.” Roy conceded, “If you ask me, that woodsman should be sitting here instead, that man is one crazy motherfucker.”

“There’s no need for that kind of language,” the doctor said.

“Understandable considering your history with him,” the doctor agreed, “but is there anything you take away from this experience? A lesson or moral that you can use to do better the next time this happens?”

“Mom was right,” Roy confessed, “I shouldn’t play with my food.”

This is so well written and even made me laugh..thanks for sharing.