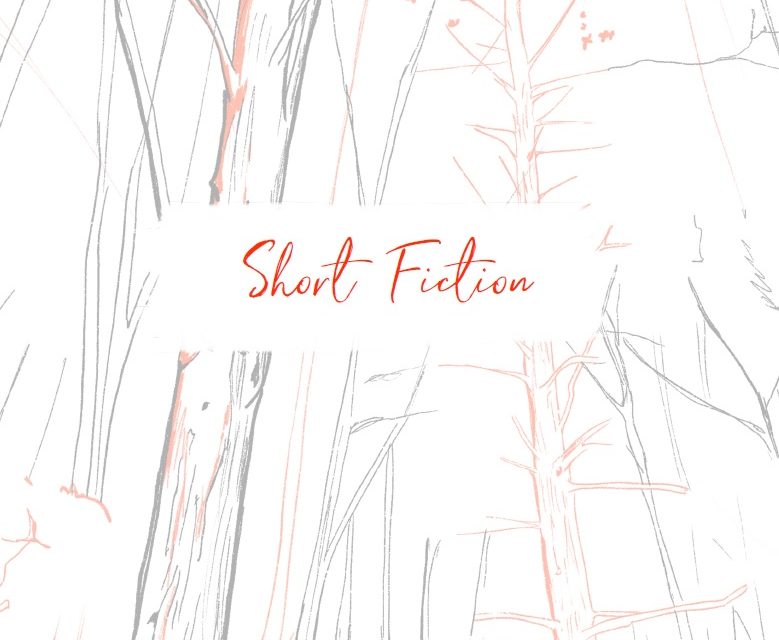 I’ve been really enjoying this Masterclass, and I can report that it’s also helping me get my regular work done as well. I’ve gotten a fair bit of work done with both comics and novels and its been inspired work so it didn’t feel like a chore either.

One thing I like about Mr. Gaiman’s course, is that I’m finding the exercises fun and amusing. I look forward to writing most of them. While I’m probably not going to post them all, when the projects are this fun then it’s hard not to share with others.

So here is assignment #7… I hope you enjoy reading it!

Answer any of the questions below as briefly as possible, writing down your first response. (If you like, refer back to the Writing Exercise you did in Chapter 2: Truth in Fiction). Then set a timer for 60 seconds. Use one of your answers to write the opening of a short story—one paragraph or more.

Now re-set the timer for 30 minutes and finish the story.

You don’t have much time, so just keep writing. Don’t worry about craft or structure. Write until the timer stops. Remember Neil’s advice: you can start a short story at any point in the narrative.

• What was the most embarrassing thing you’ve experienced in the past few years?

• When was the last time you cried, and what caused it?

• What shocked you so much you were speechless?

• What was the very best or worst moment of your childhood?

• Have you fantasized about revenge recently? Against whom?

• Pretend you’re on your deathbed, looking back at your life—who did you love the most? Be brutally honest.

Note: I chose to write about the best moment of my childhood.

A Fool for April:

Every year my elementary school would organize a trip for the senior class, and let the grade eight class spend a week somewhere different in the country before they all moved on to high school. The year I was in grade eight, our class went on a trip to Quebec City. There were forty of us going, including almost a dozen teachers that would chaperone the trip to minimize the amount of trouble we could get ourselves into. We took the train from Toronto to Quebec City, making only one stop in Montreal for a short turnover. I was quiet and shy during our trip up there, but my french teacher was trying to make the best of this to get us to speak more french and practice what we had learned for the least few years in her class.

The first few days went by rather fast as we were all doing the sites together as a collective unit. It wasn’t until Thursday when we were finally allowed to venture out on our own. We were set loose on the city at 10am, and ordered to be back at the hotel in time for supper. I was eager to just venture around the city and get a feel for the smaller things rather than just the big sites. I had a guide book that I intended to use to find and visit more obscure sites that were not as well known. When I told my friends what I had planned, they scoffed at me and took off to do their own thing. It was just me, so I wandered off and started to stroll through the cultured mural that was Quebec City. I did the little things, like had a small lunch in a small cafe, checked out a few shops. I was also enjoying the slow pace I was taking, as I hadn’t appreciated the break neck speeds our tours used during the prior few days. If I wanted to stop and look at something, it was nice to not have someone pushing me to move on for a change.

I was walking towards a specific destination when I bumped into someone. A girl from my class that I knew but didn’t talk to all that much. I knew who she was because she was one of the cutest girls in our class. Short, thin, and with a soft shade of red hair. I was one of many boys who was guilty of glancing at her more than once during many classes. Her name was April, and that day she looked rather distressed. When she spotted me, her face lit up with joy as she ran over and hugged me right out of the blue. I was more than a little surprised, but let her hold into me as long as she needed to.

“Oh, thank goodness I found you!” She said, just before breaking her hold on me.

“Are you alright?” I asked her.

“Oh,” I said, smiling back at her. “I know where we are. Would you like me to walk you back to the hotel?”

“Okay,” She said, but paused for a moment. “Where are you going?”

“I was going this way,” I answered, pointing in a certain direction. “There’s a boat that does a tour of the river. I thought it would be cool to take a ride.”

“Really?” April said, thinking about it. “How much does it cost?”

I could tell she sounded rather excited about the idea, and I really liked the thought of doing something with her, just the two of us.

The warm smile that came over April’s face at that moment made my heard skip a beat and she took my arm into hers.

“Lead the way,” she said, and we started to walk toward the pier where my guide book had said where I could find this boat.

When we arrived at the pier, the boat in question was there and while it looked like it could carry close to a hundred people, there less than half that onboard when we all departed to tour the river. I expected there to be someone with a mic talking about the sites and putting on a show, but there wasn’t. Everyone who was onboard just took a seat, and sat down to enjoy the view and the peace that came with riding down the river. April and I found two nice seats on the top deck and enjoyed the view. It was very calm and relaxing as the boat carried on down the river.

“This is nice,” April said, as she seemed to be far less stressed than she was when I had found her earlier.

“I like it too,” I concurred, “But I’m thirsty, I’m going to grab something to drink. I saw a lemonade stand back there, would you like one too?”

“That’s alright,” April declined, “I can just steal a few sips from yours.”

And that’s what happened, we sat there together and shared a lemonade on the top deck as we watched the city move by. It was a very calm setting that was so romantic, it was hard for even two young kids to deny. For without any warning, April leaned in and kissed me. I felt what could only be described as a surge within me as our lips met and pressed against each other for what felt like an hour, but was only a dozen seconds. It wasn’t a gross kiss, but a soft, tender one shared between two young people who were still quite innocent. I didn’t want that kiss to end, but like all good things it did. When April pulled back, she could tell I was quite surprised by her move.

“I’m sorry,” April said, “That was rather sudden.”

“That’s alright,” I assured her, “It was sudden, but not unwelcome.”

“I just got caught up in the moment,” April confessed, “The river, the boat, in the middle of Quebec City, and with a nice, handsome boy. It just seemed like the perfect moment to experience a first kiss.”

“Was that your first kiss too?” She asked.

“It was,” I confessed, “And you’re right, this was the right place for it.”

“What are you thinking?” April asked, as if she could tell there was a thought bouncing around my mind.

“I was just thinking,” I started, “That this would be a great place for someone’s second kiss too.”

April smiled, agreeing with the thought as she leaned in and kissed me a second time. This kiss lasted a little longer, and I was more involved this time as I wasn’t taken by surprise. After she pulled back, we relaxed back into our chairs quietly enjoyed the rest of the ride. Moments later, the boat ride was over and so was the moment.

I walked April back to the hotel, and even held hands as we slowly wandered through the streets of Quebec City together. When we arrived to the hotel, April gave me a quick kiss on the cheek, and thanked me for saving her when she was lost before running off to meet up with her friends. I didn’t have enough time to tell her she was welcome, and I would never get another chance. My parents moved us to a new town a short time later, and I would end up finishing grade eight at another school. I never saw or spoke to her again, but would always remember the moment we shared in Quebec City; the day I was a fool for April.

This is so sweet…..I bet you can find her on Facebook…..