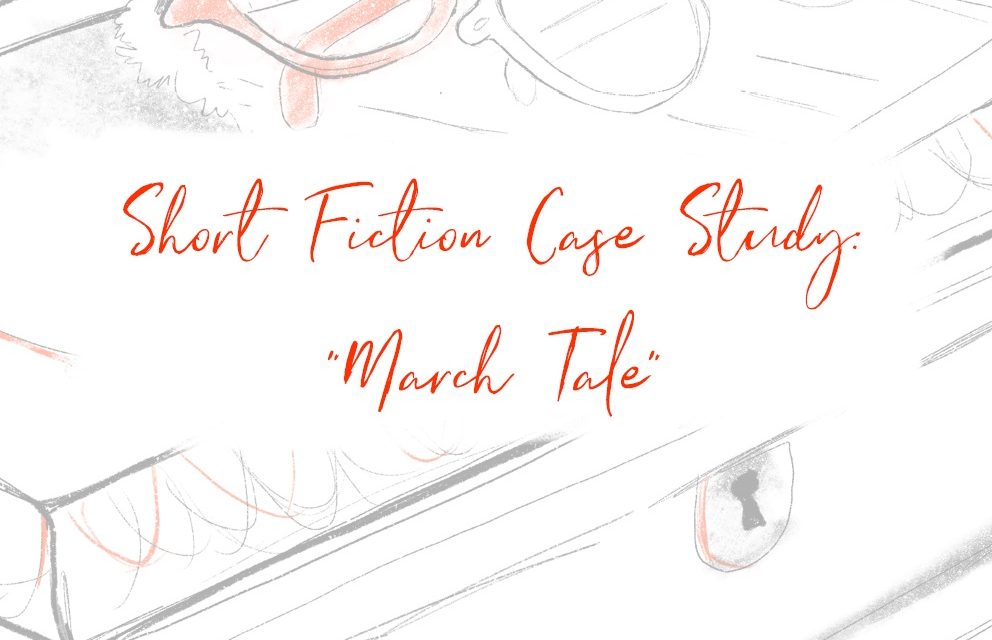 I am just burning through all these lessons, and the assignments are more fun that I thought they would be. I’m looking at other courses, and trying to figure out what course I want to do next. I’m thinking of going with David Mamet’s dramatic writing course, cause I would like to know more about writing drama, and writing for the stage which is something Mamet does a lot. I’m also looking at taking Neil Degrasse Tyson’s class about critical and scientific thinking. That one looks like it would be a fair bit of work, but totally worth it.

That being said, here is the next assignment of my Gaiman class… and I’m quite amused by it, and I hope you enjoy reading it.

On a page in your journal, answer one of Neil’s questions from A Calendar of Tales:

• Why is January so dangerous?

• What’s the strangest thing that ever happened to you in February?

• What historical figure does March remind you of?

• What’s your happiest memory of April?

• What’s the weirdest gift you’ve ever been given in May?

• Where would you spend a perfect June?

• What’s the most unusual thing you have ever seen in July?

• If August could speak, what would it say?

• Tell me something you lost in September that meant a lot to you.

• What mythical creature would you like to meet in October? And why?

• What would you burn in November, if you could?

• Who would you like to see again in December?

Now write a story from this answer.

This can be as long or short as you like.

The Dangers of January:

It was new year’s eve, and I was just finishing doing what my dad loved to jokingly refer to as the three S’s. I had shit, showered, and shaved, which left me feeling like a million bucks. You see, in order to feel that damn good at the end of this process, you had to do the three S’s in that exact order my father always told me. Taking the dump first would always relieve stress, and that would make you feel lighter in the shower and more fancy free. That would make one’s shower more carefree and that would in turn make your post shower shave less likely to have a shaky hand, therefore reducing the amount of cuts made during the shave. I thought the old man was crazy when he first shared this with me, but with practice I was able to reap the rewards of the old man’s wacky thoughts. I had just splashed on some robust and musky aftershave, and the three S’s were complete. I had a large bath towel around my waist as I departed the bathroom and into the bedroom where my tuxedo was waiting for me. It was new year’s eve, and the night was off to a great start, all thanks to Dad and his totally awkward advice. I had my slacks and shirt on, and was working on my tie when my flatmate stuck his head inside to see what I was doing.

“Hey Seth,” I greeted him, still concentrating on my tie.

“What the fuck are you doing in a monkey suit?” Seth asked.

“It’s new year’s eve,” I reminded my flatmate, “Trish and I are going to a party, a very lovely one being hosted by her parents. They’ve spared no expense so I’m dressing to impress. They’ll be a lot of people important to Trish there, and you don’t get a second chance to make a first impression.”

“I suppose not,” Seth said, as he didn’t really like the idea, which didn’t matter because he wasn’t invited.

“Fuck no,” Seth replied, recoiling like I had asked him something horrific and/or disgusting. “I fucking hate new year’s eve.”

“Seriously?” I replied, as I stopped trying to finish my tie. It wasn’t working out well anyway. “What’s wrong with celebrating the end of the damn year?”

“Tons of stuff,” Seth said, being rather vague. “But more important than that, January total blows. I fucking hate January.”

“Well, I’ve got news for you.” I chided back, “January is going to be here in several hours whether you like it or not.”

“Ugh,” Seth sighed, “Don’t fucking remind me. That month is like, totally dangerous. I fucking hate it.”

“Dangerous?” I repeated, even cracking a grin. “How is that month dangerous?”

“For lots of reasons,” Seth answered, “I don’t like how people can just try to change what they are just because it’s a new year. Like half the planet is in denial for the first thirty days and then revert back to their crappy selves.”

“Thanks,” Seth said, “But that kind of denial is dangerous. They stop eating, try to diet, and then all of a sudden your favorite restaurants are struggling. I lost my favorite taco joint last January. People can be such selfish pricks.”

“I don’t like how people try to start over,” Seth continued, “Try to pretend that the previous year or years never happened. That ignorance is even worse because those who fail to learn from history are just doomed to repeat it.”

“Fair enough,” I conceded, “History is important as a lesson one can learn from, regardless if it’s good or bad. But just because we have a bad day, or year for that matter, doesn’t mean we have to carry that with us like a monkey on our back. We deserve the chance to start over, and take a new kick at the can.”

“Be straight with me,” I said, as I could tell he was holding back.

“It’s the clock,” Seth finally spit out, “Each year that passes is just another second off the clock. It feels like I’m watching the clock on a bomb, unaware of when it’s going to blow up and end everything.”

I walked up to Seth and put a hand on his shoulder.

“No one is getting out of here alive, you get that.” I started, “But just because our time here is finite, doesn’t mean we should always be watching the clock. If this time is all we have, wouldn’t that time be best used doing something fun?”

“I suppose,” Seth conceded again, “I just don’t like January.”

“Neither do I,” I concurred, “The weather is shitty, and my gym is always packed. I get how fucking awful that month is.”

Seth paused for a moment, and then started to take care of my tie for me. I stood there and watched in awe as Seth took care of the tie for me with great ease and made it look immaculate.

“There you go,” Seth said, “My Grandpa showed me how to do that when I was young.”

“Thank you,” I said, pleasantly surprised.

“What are we gonna do now?” Seth asked again, “January is so boring!”

“That’s why god invented the Playstation and World Of Warcraft,” I answered, “We’ll be fine.”

“True,” Seth said, as he started to feel better. “We’ll do some raids?”

“Sounds good,” I agreed, “I still need to get that mount drop from Icethorne.”

“We’ll take care of that next week,” Seth said, leaving the room. “Tell Trish I said hello, and down a tequila shot for me around midnight.”

When I finally finished getting into my monkey suit, the car was already downstairs and waiting for me. I left the apartment without saying goodbye, knowing Seth didn’t want another reminder that his dreaded January was just around the corner. I laughed and tool the lift to the lobby, aware that it was just a month and not a person out to get us. January was like the moon, as it would come and go and what we did about didn’t matter to it. We could complain about the darkness or admire the bright thing in the sky while it was there. I didn’t think about the dangers of January any further, as the beautiful woman in the car waiting for me was all distraction I needed. The new year in my books was going to be off to a great start, and January could go fuck itself.

I’ve considered taking this class.  Thank you for sharing this.  💝

@oniongirl I’ve really enjoyed the class… the videos are easy to watch and attentive. As you can also see here, the assignments are rather interesting and engaging. Bit pricey, but I’m taking multiple courses to get my money’s worth! 🙂