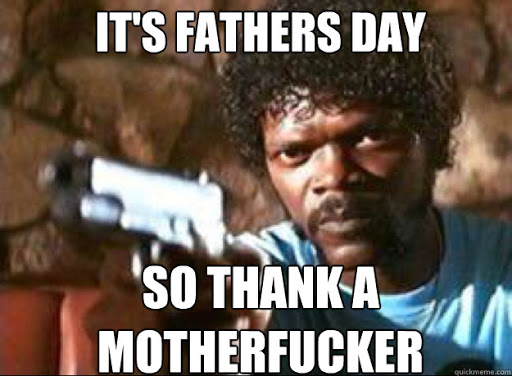 Today Father’s Day didn’t go as well as I had planned. I was supposed to have the boys for the weekend, and I was thinking about taking Jon and Ethan to the park to meetup with their sister to hang out with her. That was the plan, but none of that happened. To be honest, I’m not upset because I have no one to blame for it but myself. I was less than four hours from getting the boys, and I got a call from a friend. I had met this friend a few days ago cause he needed a place to stash some boxes, and I let him stash them here until he found a new place. He had called me to say that he had taken ill, was placed in isolation, and was being tested for Covid-19.

I had to call my ex-wife and break the news, I couldn’t see the boys until we got the test results back. In other words, the weekend with the boys was cancelled. I then called Kat’s mom and told her I couldn’t see my daughter until we knew the result. So even though I had big plans, they were all shot to hell, and I had two women who were very angry at me. So I spent the entire weekend all by myself waiting for the Covid test results to come back.

The good news is I heard late Saturday afternoon that the test was negative, it was all a false alarm.

The bad news was it was too late to try to make new plans for Sunday, so I let it go. I’m just happy I didn’t have to quarantine for two weeks, and I can see the kids again soon. I’d rather air on the side of caution, rather than take a big chance with the kids… this was the right thing to do. Better safe than sorry.

Now that the test is negative, I’m taking both boys next weekend and even offered to extend it to a week if Leah wanted an extended break from the boys. She’s mulling it over but that was my way of a peace offering to apologize for the false alarm.

Regardless of how the day went, this is technically what Father’s Day is all about. It’s about Dad’s putting others before themselves, and doing what is right by their kids, no matter what happens to us. The kids had a good weekend, and I’m okay with that. I even got a fair bit of work done, so there’s that too.

So I hope everyone else had a good day, and I’ll see you around!

That’s good that your friend’s test was negative — you took the right measures. 🙂

Doesn’t your ex’s realize just how deadly this virus is for children?  I think you did the right thing by not seeing them.

I’m glad you’ll be able to see your kids next weekend. I hope it works out that you get them for a week. Sounds like you’re a good dad. Our kids should always come first!

good to hear you don’t have it or were exposed to it!