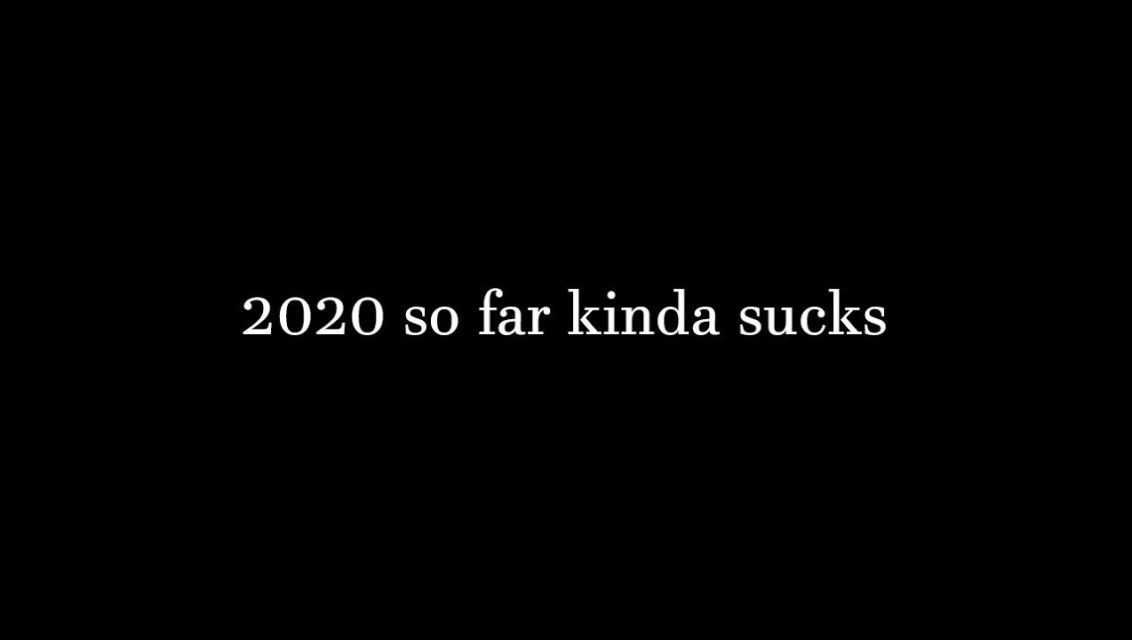 Are you guys happy this year is flying by, or just relieved that we’ve all managed to make it this far into 2020?

Considering the pandemic, the riots, the lock downs, and every other fucked up thing happening this year… I have a feeling that by the time it’s all said and done, 2020 will have been such a shit storm that all years going forward for generations will be compared to now. Years from now people will say things like, “Well, at least it’s not as bad as 2020.”

Nothing is going to be more fucked up than the coming election in the US. I expect November 3rd to be just as fucked up as the rest of 2020 and I will have beer, pizza and snacks enough supplies needed to cover the next week just in case. I plan to tweet as the night goes on, just because that whole night is going to be a cluster-fuck no matter who wins. But if you want my honest opinion; Trump is going to win big. Based on the numbers I’m looking at, and the people I’ve talked to and listened to, this is going to be similar to Reagan’s 1984 landslide.

And when that happens, the left is going to lose their collective shit and riot like we’ve never seen before. Trump won’t give a shit cause once the votes are counted up and it’s done, that’s when he’s gonna drop the gloves and either use the insurrection act or declare martial law. Right now the President is playing nice because he’s got to. We’re too close to the polls to have the military take the fight to those ‘protesters’ and that’s the only reason it hasn’t happened yet. Once this election is over, Trump will send in the marines and arrest everyone. Mark my words.

If by some weird occurrence Biden wins, the rioting will stop then too, because Soros and all the other left money men will stop paying the rioters their salary and then everything stops. So no matter what happens or who wins, the riots will end on November 4th whether by money stopping or the guard kicking some serious ass.

So there is a light at the end of the tunnel for many of my friends south of the border, and hopefully 2021 will be a brighter year for us all.

I can tell you this much, it sure as hell can’t be any fucking worse than 2020. Man, that line is going to age very well…

The one thing we can agree on is that 2020 is going to be a year that’s remembered.

@ailurophileforever Federal elections in the US are always held on the first Tuesday of November… so this year it’s November 3rd.

I still can’t figure out if you are a fan of the Trump or not, lol,

it’s been some year, crazy,

@thesunnyabyss I’m a Bernie Bro… and the democrats should have given Sanders a chance to topple the big guy. Now it looks like they’ll be 4 more years of Trump. Oh well.

@peter_24601 ok that’s what I thought, just wanted to clarify

Wouldn’t it be funny if there was just one vote for Biden?  that would be really funny…trump looses by one vote how horrible that would be…..

@jaythesmartone I guess you’re referencing that hilarious Simpsons episode when no one voted and bart lost the class election. As amusing as that would be, there’s a good chance we’re going to see the opposite, a record turn out.

I sort of remember that episode but I have a feeling that Biden will win just because the country is just sick and tired of the spew that comes out of Trumps mouth.

Question? Who are you going to vote for? The black athlete that is running just to waste your vote so Trump won’t win? Or Biden?

@jaythesmartone I’m Canadian, so I am ineligible to vote. The last vote I cast was for the NDP, who I have supported for many years.

If I was voting in the US, I would probably vote for Trump… because Biden appears to have dementia and isn’t fit to lead. Don’t even get me started on Horrible Harris…

actually Biden is a stutterer so that is why he looks that way.  but if you listen carefully to him you can tell.