I’m a self professed film nut. I used to be a critic for Film Threat and the Movie Insider, and I even have a critic profile on Rotten Tomatoes. I don’t write professional reviews anymore, but I still do them for fun. So to catch up with OD, I’m going to post three entries to post the top ten movies of the three years I was away from OD.

Beta testing note, this entry has 10 pics and even a few gifs, so if you have trouble loading them up, leave a note to let us know so the DM can take a
gander and and see how well (or not) this entry worked out.

So without further adue, let’s start with 2014: 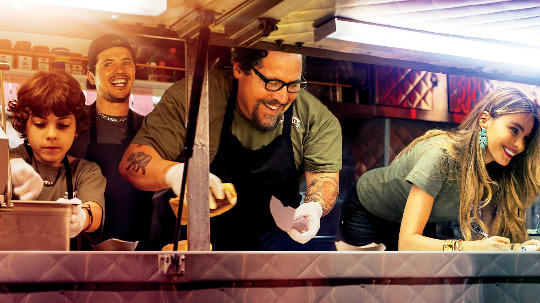 This charming little ditty is written, directed by and starring Jon Favreau, and it leaves you feeling happy. It’s also an artful tale of a man
(Favreau) determined not to let his stature dwindle. A popular chef embarks on a road trip in a food truck, taking his young son on a heartfelt journey of familial bonds and midlife self-discovery. A fun film to watch, one of the better feel good movies of that year.

I love a good sci-fi story and this one was right up my alley. Another amazing Chris Nolan film, with a great cast and a story that I thought while out there was fun to watch and get into. While this was a long movie, it kept my attention. I didn’t fall asleep while watching it, and I cannot say that for other movies I watched in 2014. This was a good movie that Sci-Fi fans will love to pieces. 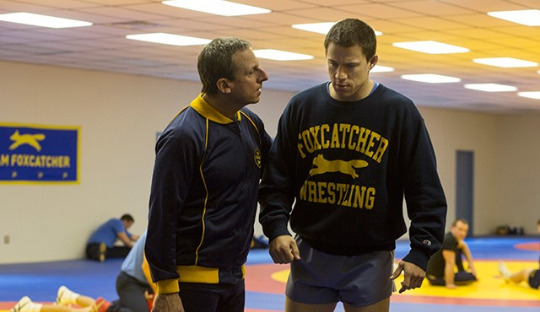 Foxcatcher is a shocking story, and the scariest part is that this is based on true events. A film that looks into the human mind and our obsession with sports and the drive to win at all costs. With some amazing performances from Channing Tatum, Mark Ruffalo and especially Steve Carrell, this was a stirring drama that leaves a mark and doesn’t let go and leaves you wondering what kind of psychos are running our college sports programs.

This movie got nominated for a boatload of oscars and for good reason. A real movie based on the how the allies really broke the Nazi code to turn the war around, which also eventually lead to the creation of the first computer. A stunning movie with some stellar performances that should have won more awards than it did. Benedict Cumbarbach elevated from a TV star to film with this amazing showing. Worth checking out for that alone. 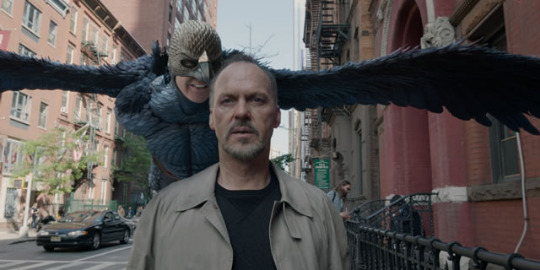 I love Micheal Keaton, and I was 14 when Batman came out. So when I see this actor playing an actor that is struggling with his “Superhero” persona, I can feel the whole Batman vibe going and it makes his performance that much more authentic and jaw dropping amaszing. How Keaton didn’t get a gold statue for this is fucking unreal. The Academy needs to mail him one with a note of apology asap. I’m a big fan of Alejandro González Iñárritu’s work and some of the shots he has in here are works of art, as sitting there and taking it all in was a pleasure.

If kinetic tempos are a fixture of 2014’s movies, “Whiplash” has great company. Furiously told and infuriating to watch, Damien Chazelle’s stormy portrait of a vicious music instructor (J.K. Simmons) who is like Gordon Ramsey on roids when tearing into his dedicated pupil (Miles Teller) offers a ride so wild that you’ll feel like you’re standing in middle of a 106-minute crescendo. Simmons and Teller are masterful, shattering every teacher-movie trope in favor of an invigorating look at the lengths a person will go to exact his passion. It also takes a great critical look at what kind of people we are becoming with our try your best, everyone gets a ribbon mentality. In order to find greatness, people must be pushed to their limits… but do the ends justify the abusive means? 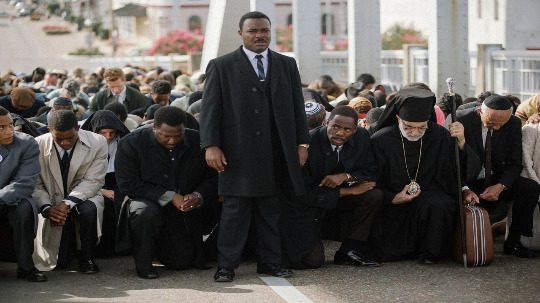 This movie worked for all audiences, retelling the story of Dr. Martin Luther King’s battle to get equal voting rights for all citizens in 1965 and turns it into a lived-in portrait of a husband and father, a thrilling dissection of political process and a reminder about the power of optics and strategy when it comes to mounting social change. Compared to other political films that came out that year, this one feels more vibrant as it presents hope and isn’t as dark as the others. One of the best movies of the year and was the one I was rooting to win on Oscar Night.

This came out just before my birthday and I was happy to check it out. Dan Gilroy’s directorial debut is an amalgam of “Network,” “Psycho” and “Bringing Out the Dead,” a biting satire about the media and the American dream in 2014. At the center is Jake Gyllenhaal as Lou Bloom, a tightly coiled lost boy who finds his calling as a freelance news videographer. I can’t believe Jake didn’t even get nomianted for an Oscar. Not even nominated. That was a horrid injustice… as this was and likely will be the best performance of his career. This movie was off the wall and one of my favorites of the year, hands down. 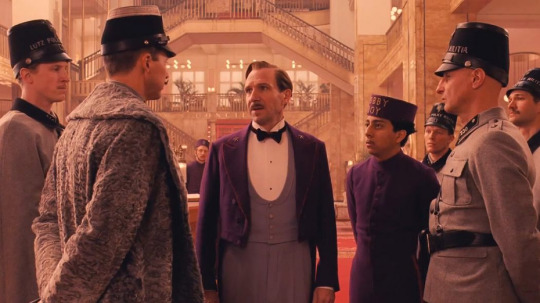 I love Wes Anderson’s movies. The director of “Moonrise Kingdom” and “Royal Tenenbaums” director gave us another masterpiece with the hotel that was the center of a complex and funny story. What follows is a zany goose chase around the European countryside. It’s certified Wes Anderson twee mixed in with some genuinely poignant notes about life and loss. Such movie magic is to be celebrated.

This movie was the most surprising movie for me of 2014. I remember being very nonchalant as I watched it the first time, and felt amazing and dying to watch it again when it was all over. The movie premise is about a troubled couple (Mark Duplass and Elisabeth Moss) that try to take a weekend off together and end up stumbling upon a bizarre way to return to the glory days of their relationship. Its surreal premise makes “The One I Love” a comedy but you will be surprised how long the movie leaves you thinking afterwards. My hands down choice for the best of 2014… I loved this one to pieces and I think you will too.

Interstellar is the only movie on this list I’ve seen (admittedly, my husband and I aren’t huge movie buffs, especially with kids, and even when we rent movies, it’s usually geek/comic book movies). I didn’t love it, to be honest – it was pretty good and kept me interested, but I felt like at times it was two (or three) different movies.

I’m down with the list. Great stuff here. The One I Love was a lot of fun. Whiplash was a big fave of mine. Curious…Boyhood? Not your thing? Also, would you have given Wild an honorable mention? (just thinking of my random standouts from that year)

To be perfectly honest, I haven’t seen Wild yet. As for boyhood, I feel asleep during it. It was just soooooo slow.

The Imitation game was a great movie. I’m a huge movie fan myself but, I’ve spent the last two years collecting OLD movies. I grew up with both parents loving to watch movies on the TV. I collect them now Mostly from the 1930/40/50s era. If there’s an actor or actress I like, I began to try and see all of their movies. I have some now starting way back to 1925 with Greta Garbo. If you follow a career, it’s very interesting to see from movie to movie how their acting talents and style grows with that experience too. I enjoyed this, thanks.

I love old movies too… a few months ago Ethan and I watched Buster Keaton’s The General, which was one of my favorites. I’m going to get him to watch Casablanca or the Maltese Falcon soon. I’ve also got a copy of His Girl Friday I’m saving for that next special someone… so yeah, great stuff!