2018 was a pretty decent movie for film snobs like myself.

List below is my list for what I think were the ten best movies of 2018. If a movie you loved isn’t here, it means I haven’t watched it yet or didn’t like it as much as you did. Nothing wrong with that as how we view movies is subjective. 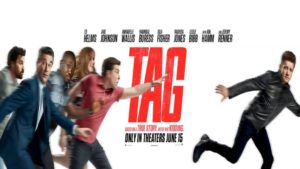 Yes, this movie is in my top ten, and it deserves to be!

A well written comedy with a great cast that delivers big laughs made this one of the funniest movies I had seen in years! I almost peed myself I was laughing so hard… such a simple concept, but it was just so funny. By far the best comedy I have seen in a long, long time. So great! The best part is this movie is based on true events. Somewhere out there, there are grown men who are still playing tag after over twenty years… that’s so awesome and very funny. Worth checking out if you want a good laugh. 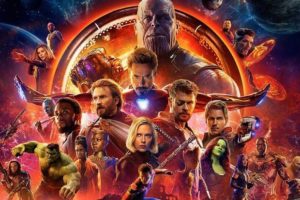 Usually marvel movies don’t make my top ten. Sure, they’re fun movies but rarely are they good enough to compete with the big dramas of the year. This movie is clearly an exception because not only did it deliver the big payoff Marvel had been teasing for over half a decade with Thanos finally arriving, but this was the movie that I didn’t think Marvel had the balls to make. This movie was Marvel’s Empire Strikes Back, which means it might be the best movie this franchise ever releases… as it was dark, menacing, and the good guys got a hefty helping of humility they were long overdue. This is all good as after a good fall, the return is always next, and Endgame is looking good too. Staring and directed by Karen Gillan, this is a very interesting movie that I found both mesmerizing as well as sad. An interesting story about a girl that is doing what she can to not fall apart in the aftermath of the suicide of her bff. It’s quite the directorial debut for Gillan who is just as good behind the camera she is in front of it. A cool indy film that was one of the delightful surprises of 2018.

7. Spider-Man: Into the Spider-Verse 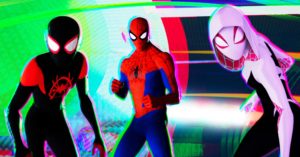 This was the best animated movie I’ve seen in a very, very long time. The story of Miles Morales and the multi-verse is a big one and this move delivered a great telling that kicked major ass. The voice actors were all well chosen, and the shout outs to old school spideys and even the first Tobey movies were well done, and you can tell the creators/writers had a lot of fun creating all these different Spider-men/women and bringing them together. This was an amazing movie that breathed like a living comic book and was worth checking out in theatres in all it’s colorful glory. This was a fun movie, but I could tell that some parts of history were juggled up a bit to add drama to the film. I get what the goal was and it worked, cause this movie was stirring and really entertained, much like the band did during their hay day. A moving film about an amazing bad that everyone should check out. Rami Malek deserves to be nominated (and even win) for his performance as Freddie Mercury which was nothing short of brilliant. A must see if you are a fan of this movie. 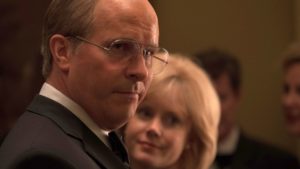 I was a huge fan of the Big Short, so I was excited to see this movie which starred Christian Bale as the former Vice President Dick Cheney. It was playful and chaotic, just like Big Short was, so fans of that movie will get a kick out of this movie but also get angry at the story it tells as the film progresses. It’s a dark movie that shows the real life consequences one man caused on the world. A dark tale that is cushioned with humor but still hits rather hard. Steve Carell and Amy Adam steal scenes are also great backups for Bale, while Sam Rockwell’s George W. Bush is just fucking scary. A movie worth checking out but make sure you have good blood pressure when watching the movie. 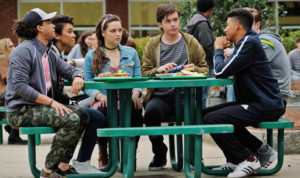 Love, Simon is a very touching, heartwarming story about a relatable teenager with a big secret that gets in the way of beloved friendships. The film is entirely relatable for anyone who has seen tough times in high school. Viewers don’t need to share Simon’s exact problems in order to enjoy this film is what makes it so special! The characters are all well-thought out and the story is very funny, interesting, and emotional. For me, Love Simone was the biggest surprise of the year, despite the very early release. With a great cast, great story, this was by far the best romantic movie of 2018, hands down. 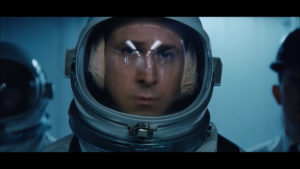 Regardless of your views about the moon missions, this was a very amazing movie to check out. Staring Ryan Gosling as the first man on the moon, this was a very stirring movie about how man managed to turn what looked like the impossible into one of mankind’s greatest achievements. This is a giant story told on a deliberately small scale. The choice to focus on Armstrong’s objectively less captivating home-life rather than the moon mission was risky but seems to pay off. Only the most talented of filmmakers, which Chazelle is, could pull it off. “First Man” is another showcase of Chazelle’s mastery. He’s one of the best directors currently working. The fact that this film may eventually be considered Chazelle’s 6th or 7th best and is still this excellent, is a tribute to his talent. Not focusing too much time on the actual landing added emphasis on the moment, and more drama. A movie to check out if you’re a fan of this moment in history. 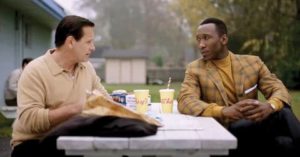 One of the best feel good movies of the year, directed by someone who isn’t widely known for doing that. Peter Farrelly, who is known to direct slap stick movies like There’s something about Mary, Dumb & Dumber, etc… This is the kind of movie that is so good that you hope Peter leaves his day job and sticks to this genre moving forward. I like this movie that much! The story of a black man who struggles to gain the respect of his fellow African-Americans, while simultaneously resisting and pulling at the roots of the racism and oppression which keeps him from being as successful as the Americans and Europeans who should be his equals by all measures musical and educational. This is a contender for Oscar glory and for good reason. One of the best movies of the year, and don’t be surprised if it does win a few when the envelopes are opened. 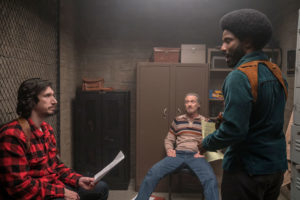 Spike Lee has directed some profound films over the years, but this one was one of his finest and it was a stirring and very haunting movie not only about the past, but the present and what could be a very terrifying future. “BlacKkKlansman” tells the true story of a rookie African American police officer who in the 70’s infiltrated in the KKK, but that’s certainly not what the movie is about. Lee tackles head-on the contemporary hot topics of racism, the police killing black Americans, and white supremacy to create an overwhelming pamphlet about the American identity – which has been hurled into a state of great confusion after the last presidential election.

I’m a huge fan of Spike, but this movie really took me by surprise. The dialogue in this movie is often times so shocking that it was jarring. The texture captures perfectly the 70’s vibe and shows a side of America that has been long hidden. The story is compelling, and it does what great movies do- they linger with you long after they’re over and make you think and rethink what you saw. A thought-provoking masterpiece that encourages a necessary conversation in what are very volatile political times. Well done, Spike. Well done.

My son is also a movie buff…he has every year that the Oscars have picked for best director.  So every year I get him some sort of DVD blu-ray movie he chooses

I have to see a few of these films – will get to it – but Infinity War was definitely a brilliant film!

we liked Tag too. the guys in that movie are always fun to watch. I liked Avengers too. I haven’t even heard of movie #8…sounds like something I might watch though. Absolutely loved Bohemian Rhapsody. I think it could create Queen fans but is definitely FOR Queen fans. I found some delight in the nod to Wayne’s World too.
Agree completely on Love, Simon too!  and The Green Book.
I’ll have to check out the rest, esp the Gosling one. his movies are hit or miss more often than not but I really like him as an actor.