I have to say this was a decent year for the average movie goer, as there were a lot of good indie films and Oscar bait dramas to go with our usual cluster of big budget blockbuster moneymakers. Don’t get me wrong, I like most blockbusters but sometimes I want a good drama free of cliches and scripts that are difficult if not impossible to predict in the first twenty minutes of the film.

Now as with the previous lists, if your favorite movie of 2017 isn’t here, there’s a good chance I haven’t checked it out yet or the movie didn’t move me as much as it did you or it sucks. How we respond to movies is subjective, so this is just my opinion of what I thought was the best of the year.

So with out further adue, here is my top ten films for 2017: 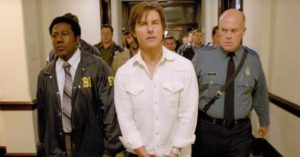 I know a lot of people can’t stand Tom Cruise, but the best way I can describe it is he’s like the Chic Filet of Hollywood. You don’t like him, but you just can’t help but be blown away by the quality of his work. American Made is just another in a long line of amazing movies Cruise has carried, and and I really enjoyed watching this interesting story about a pilot who worked for the CIA and then for a few others on the side at the same time. This movie was funny, stirring and even dramatic at times, making for one hell of a ride. 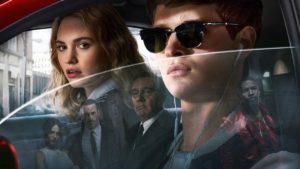 I’ve always been a huge fan of Edgar Wright, so when I saw his name that was all I needed to hear to check this film out on the big screen. Bold action, great characters and even better performances, this movie was such a wild ride. Those who have loved Wright’s earlier works will get right into this and even those who don’t will want to see his other works afterwards. This is by far the best action film of the year. Intense and bold, but real and grounded at the same time. 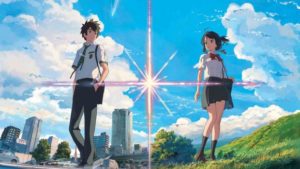 To this point, I have never included an Anime in my top ten list. Ever. But this year is the exception, because this movie was just that damn good. I know some Spirited Away fans will try to curse me out, but this Anime tilted “Your Name” was the best Japanese Anime feature film I have ever seen. With a very interesting plot, great writing and twists throughout, this movie was a pleasure to take in. If you’re a fan of this animated genre, you’ve got the check it out. 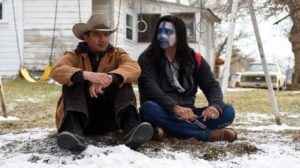 Wind River was a surprisingly good thriller about a young FBI agent who teams up with a local game tracker with deep community ties and a haunted past of his own to investigate the murder of a local girl on a remote Native American Reservation. Elizabeth Olsen plays the Agent and Jeremy Renner the local tracker and their chemistry make this film, as does some great supporting actors. The movie builds and even has one hell of a payoff at the end when all hell breaks loose. 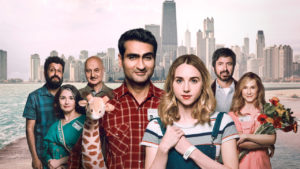 To me this was one the cutest romantic movie of the year. While the guts of this film is based on a true story, you can tell what part s were stretched for dramatic/comedy purposes. This was the best date movie of the year, and an especially nice movie to cuddle up with a significant other for. I was shocked this was not nominated for Best Comedy at the Globes, it is very much deserving of some love from the awards shows. I’m hoping it will get a good push for Oscar, but even if it falls short, it is in my opinion the best Rom-Com of the year. 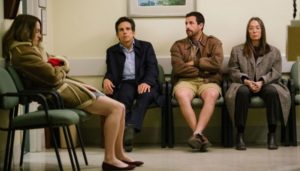 This movie is about an aging sculptor, whose kids are freaked out about his health and his estate as they want to take care of him. Dustin Hoffman is great as the father, while Adam Sandler and Ben Stiller feel like they’ve been brothers their whole life. This was such a funny movie, and it doesn’t try too hard to get the laughs, which is nice. One of the better films I’ve seen this year with a great acting and an intriguing story. 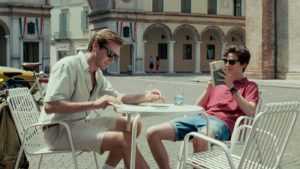 This film was the most sensually immersive film I had seen in a long time, perhaps all decade. The cast – notably Hammer, Stuhlbarg and particularly newcomer Chalamet put this film in another league from all other recent coming-of-age films and romance films. You leave this film wishing you could stay within the world it has enveloped you within while watching this film. This is one of those movies that will leave you sad, tears rolling along with the end credits. It is also not a tragic nor a sad film either. It’s a movie that is about love, a beautiful film that is not pretentious and stands out from all the others.

3. Battle of the Sexes 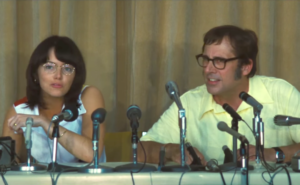 Emma Stone and Steve Carell are amazing as Billy Jean King and Bobby Riggs, in the movie based on the true story of their infamous tennis showdown in Houston. I actually enjoy how the story was brought out, as it also educated us on how the WTA came to be, as well as the sexist bullshit a lot of women had to endure from the sport. Women’s tennis has come a long was since then, but it’s a great telling of where it started and is worth checking out as the acting, action and sub stories are all magnificently told. 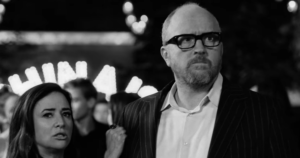 This movie deserved a better fate than it received. Had Louis CK not been torn down by his own actions, then this film wouldn’t have lost its distributor and probably would have been a leading contender to win a lot of Oscars. Written, directed and starring Louis CK, this was an amazing movie that was for me one of the best movies of the year. The film tackled a lot of subjects, including some that are very relevant in today’s atmosphere going into 2018. Supporting performances from Rose Byrne, Edie Falco, and especially John Malcovich made this movie one of the biggest surprises of the year. Worth checking out if you can leave your bias at the door. I really hope Louis CK makes more films, because this film was pretty damn good. 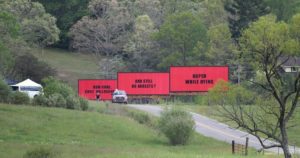 I had a fair expectation walking into this movie, and it was greatly exceeded. I love the performances, the story lines and when the movie was over… I was saying “Hey, I want more!” to the screen as the credits rolled. This movie was pretty unpredictable and surprisingly good. Hands down for me one of the best movies I have ever seen. I really hope this movie sweeps the awards season, cause it deserves to win them all. No brainer for me, this is the best of 2017.

I never seen “Your Name” even offered in my area. I want to check it out. Love anime!

@letlovein Your Name came over very early in 2017, so it should be out on DVD by now. Hope you like it!

Out of all those movies, I liked Three Billboards Outside Ebbing, Missouri the most. I liked your Tom Cruise Chic Filet analogy,  LOL. I still like him and thought that movie American Made  was pretty good. I like when he plays the bad guy. I am a true movie whore, love them all whatever type. I wrote a screenplay for fun and was invited to the Cannes Film Festival – VIP-red carpet! Will love being a part of this circle. I liked Call Me By Your Name and loved where it was filmed. I could live in Italy forever. When I see a movie, I look for acting, cinematography, storyline, true likeness to each character. Did you see I. Tonya? Amazing acting from Margo Robbie.

@tinatina I haven’t seen I Tonya yet, but I heard it was good. I recently saw Molly’s Game and if I had seen it before writing this list, it would have been #1. It was a masterpiece!

I loved Three Billboards….it was everything I expected and so much more. The acting, the dark humor, amazing.

I also loved, LOVED, The Shape of Water. I have a whole passionate opinion on that one!

I’m glad to see Baby Driver here! It wasn’t the greatest movie of all time, but I enjoyed it, and I thought everyone cast was well on. Kudos. 🙂

you know what I loved about Baby Driver? I have tinnitus and totally understand where he’s coming from. I want people to realise, even if just a little, what it’s like, bc it’s HELL. it makes you want to stab your ears out when it gets bad. they didn’t make a huge deal out of it but did bring it to light.

@sorrowsfade tinnitus  is horrible isn’t it? 🙁

@carley-2  absolutely terrible. It actually got worse the other night and I freaked out thinking it would stay that way but I must’ve been stressed or phlegmy bc I was ok in the morning. PHEW.

I love Anime, who do you like to watch? Wolf Children is amazing. Anything by studio ghibli is fantastic!

@carley-2 I watch a lot of anime. One Punch Man, Gate, Attack on Titan, Ushio & Tora, but I really enjoy watching the normal boy tossed into another world of medieval times storylines like Re Zero and Kono Suba. I just finished watching Juni Taisen: Zodiac War, and I loved it so much I couldn’t stop and binged the whole season in one day. I’m currently watching Hinamatsuri which is pretty good so far.