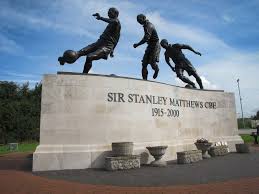 I feel like I am tied into a position that I just can’t seem to get out of…not in a literal kinky way either…Elle & Me have done nothing but bicker all day, and she’s right we do bicker A LOT…today I was so ready to pack my ass up aand just leave but then I realized that I do love her and that I had nowhere to go. I just don’t know anymore. I do love Elle and I do want us to have a future, but I just feel like she continuously undermines me and picks on me, stupid as it sounds I feel like she bullies me sometimes. Perhaps it’s just the way I’m feeling but it just gets me so down. Especially considering everyone’s like “oh she’s so sweet and so nice” all I can think is I can’t wait until she goes back to work. We’ve been constantly together since November, maybe it’s only natural that I’m getting pissed off and claustrophobic? I just don’t know, sometimes I wish I hadn’t moved in but moving in has brought me so many opportunities. Answers on a postcard??

My S/H wounds are really hurting me, they’re like massive scratches/grazes and they’re on my arms/stomach/sides. I told Elle that it was a reaction to stress as I’ve been mega-stressed just lately, she believes me. I did something majorly stupid yesterday.I binged. I ate 2 chocolate bars , 3 bags of crisps, and a shitload of buffet/finger food, then I took 5 laxatives, it really hurt but it made me feel loads better.I won’t go into the details but today I don’t feel as fat. I’ve been good, but not as good as I should be, I’ve had a cup of black coffee, 3/4 of a blueberry Nutri-grain bar & a Freddo, so that means I can only have a little bit of dinner. I’ve already decided what I’m going to have tomorrow. When I get into work I’ll have a cup of black coffee, then I’ll have 2 cream crackers and some water. For lunch I’ll have soup and crackers, and if I get hungry then I’ll just have to be hungry. God only knows what I’ll wind up having to eat for dinner, that’s why I can only eat so little in the day, so that I can eat dinner with Elle, like there’s nothing wrong, she doesn’t understand what it’s like to feel so incredibly fat with such a desire to be thin, so I’ll just have to struggle on. I might take a shit load of fruit with me to work. I normally have sugar free Polos.  I’m starting to learn a lot of little tricks as far as eating’s concerned so a least Elle won’t notice a difference. I don’t intend to turn myself into a skeleton, I just plan to lose my weight  and then keep a nice steady grip on my diet, after all by then I will have enough will power for Elle to buy in whatever she wants and not even look at it but first I need to learn how to control these horrendous cravings for chocolate, I might try a little aversion therapy, like every time I crave chocolate I ping myself with the elastic band I’m wearing around my wrist, that way I won’t want it. I’ve also heard of these tablets you can get that work like an gastric band, you take them half an hour before eating and they expand in your stomach, they’re pink and called something cellulose, anyone know what they are??? I know I said it earlier but I really do want to stop S/H. My counsellor thinks I do it as some sort of sub-conscious self punishment derived from a deep self-loathing/self hatred, I think she might be right. She looked at me so pitifully when I told that there’s was not ONE good thing that I could say about myself, about my mind, body or soul, it’s so true though, I can’t. I don’t like anything about myself….see previous entries…Rita told me she thinks I lack self confidence and self esteem, she’s wrong I have NO self confidence, NO self esteem, No dignity and NO self worth. I don’t have them, never have had them and in all honesty I don’t deserve them. I’m just a fat fuck who cuts herself, starves herself, feeds her fat fucking face, shits it all out with laxatives, then sits in the bathroom crying, why the fuck would I have any good feelings about myself. I don’t deserve them because I’m just a fat, ugly , angry, control freak, who would rather eat her own eyes than a Sunday dinner. I spend my whole life trying to “just stay calm” but I’m not calm, inside I’m bubbling away deep down inside, I am angry, I’M SO GODDAMN ANGRY that if I let it all out I’d probably spontaneously combust, I’m angry about everything to do with my life, I’m just as angry as I am depressed, I can’t remember the last time I smiled, genuinely smiled, let alone laughed,I’m sorry, I’m rambling.

I do hope you start to feel more confident in yourself soon. i know what you are going thru and i just hope it happens sooner rather than later so that you can smile and be happy and not have to s/h so much or fight with your love. *huggzz*

Perhaps she has a bit of a controlling attitude. Maybe ya’ll need to have a serious sit down talk. You both have a right to talk it out.

Does the rubber band thing work? I don’t think it’d stop me.. Even if i did hurt myself with it.. I hope you’re feeling better soon too xx