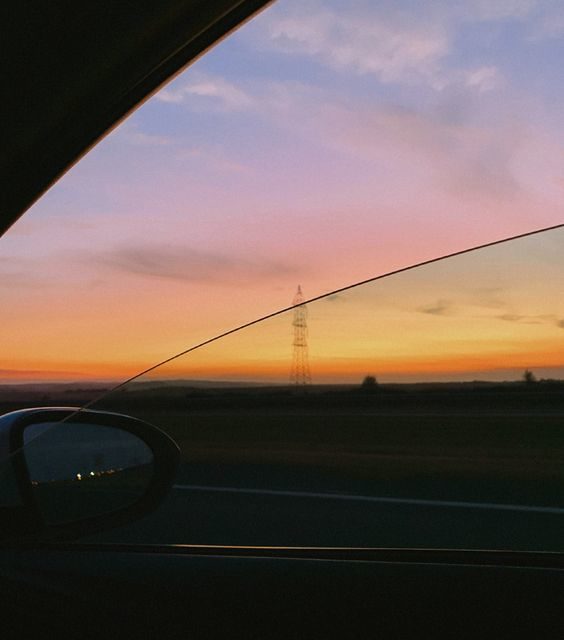 I’ve been struggling yet again with grief. Another heavy wave of it that is.

Over the weekend I experienced enjoying more than half of each day without heartache. For the first time in two weeks. It almost seemed as if miraculously I had found the ‘light at the end of the tunnel’.

Of course, that wasn’t the case when the winds of another emotional storm started blowing in on Monday.

Grief is like having an invisible illness. Somedays you feel good. Other days you can’t get out of bed. Seeking comfort from others is wonderful but they can only do so much. People can give you all the chicken noodle soup, the hugs, the motivational speeches, they can hold you, they comfort you, and they could even give you the world but it doesn’t completely pull that illness out of you.

Yesterday I got a call from a lawyer’s office. As it turns out my Dad made me at least one beneficiary of his will. This shattered my heart and reopened my wounds for a big reason.

I’m not my dad’s daughter by blood. He met my mom when I was two and was there for me every step of the way along the way of growing up. Even if my mom and he often had long on and off again toxic breakups and makeups. That loyalty and the world he provided me really became the sun in my sky for the longest time. He made good money. Kept himself in shape and fashionable. He was an amazing cook. Our house always had one of his friends over – to me he was the coolest. However, my Dad had always been a pretty big drinker. Then apparent depression kicked in around ten years ago. In those ten years, he went downhill big time. Drug use started and only increased. Drinking was all day every day. He went through multiple suicide attempts, he was in and out of institutions, he got in trouble at his work of 30+ years. You know, or you might- the song and dance of the addict giving up on life. Two years ago I cut him out of my life when he added amphetamines to his alcohol and pills cocktail. He began to go delusional & more destructive and so I said the cruelest & coldest thing I’d ever said to him to push him out of my life. At that moment it felt as if I had ripped my own heart out as I tossed him out of my life. I was so sick of having hope he’d get better and I accepted that he wouldn’t.

As my dad got more mentally sick he got angrier with the world. And at me and his family. He never physically hurt us but he lashed in such a way you would walk away feeling like a parasite in his life. For a long, he would try to make it up to us after these episodes with his excellent cooking or a little bit of money – but at some point that angry mood he was in stayed permanent. Because of this internal rage, I thought he would become more spiteful and take my name off anything he ever intended on giving me. It was another form of acceptance I had to get through in my world that my “Dad chapter” and anything after him would leave.

Getting that phone call from the lawyers sliced my heart open. My dad had promised when I was young that when he was gone that he would make sure that I got taken care of financially. For as much as he could provide. Hearing that he kept his promise gave me have a million flashbacks of him making that promise to me. Mostly during the times we would drive down a sunset-colored road and had our deep talks. In his living life, he always wanted to make sure that I was okay, and just as badly he wanted to make sure I would be okay without him.

In the end, he lived in a shell of a home. A former large home with a majestic and pristine 80’s flair had been reduced to somewhere where it was recommended by inspectors to wear a hazmat suit if you went into it. A few of his homeless friends still live there.

And so with literally nothing left to give I guess he had kept to his word of keeping something going for me though at this point I’m not sure what as I meet with the lawyers next week.

He kept his promise that he would always love me and be there for me. I realize more than ever I didn’t keep my promise that I’d do the same for him when I abandoned him.

And now that he has taken his life – I’ll never get a chance to tell him that I never stopped loving him and I’m sorry that I ever made him feel that he wasn’t worth sticking around for.

Your dad sounds like he was a great man who was afflicted later on down the road.  Any one of a thousand reasons might be why.  Did he and your mom happen to stay together in the end…?  Maybe I missed that but wasn’t sure.

I’m going to submit here that you’ll always have that chance to tell him that you’re sorry…and with your introductions where your spiritual development is concerned, develop and strengthen your meditation with the intentions of contact.  It may not come through to you in a two-way “radio” sense today, and maybe not next week or next month, but he WILL hear you.  Put those feelings and emotions and intentions out into the winds and he’ll get it.  There’s also no rule saying you have to limit all that to only one time.

@tigerhawk Thank you yet again for your amazingly kind words. Today they made me shed a few tears. I really do think, and I really do know, that he is with me still. Sometimes a lovely reminder such as yours is very much needed though. It means a lot you read what you did and then gave such considerate feedback.

As for my mom, that’s another insane chapter I’m sure I’ll be putting into words on here st some point. She lived on and off with my dad these past 30 years but moved in/onto his property with him when all started going downhill for him. They def were not good influences on one another. It was three decades of full love or full hate on both sides. They weren’t ‘together’ in the end romantically – but just connected through some sort of tormented univere-ey bond.

Hey hun! It is tough when you are left with so much unsaid words for a person that is no longer here. But even though your dad is not physically with you anymore, I would like to believe that he is with you spiritually. My mom’s is not with me but I have my moments when I talk to her in my head and heart, I don’t expect a response but I do get this warm feeling as if she heard me and is with me still. I feel that you should try that. I know is it still early and it is tough and I would like to tell you that it gets easier, but honestly it doesn’t, that loss always stay, but just know that your father loved you, and obviously cared and loved you enough to include you in his will. No matter what you will always have that. You will always have his love and no matter what your last words to him were, I am sure he knew then and still now that you love him.

Make him proud and live each day smiling still. 💗

@ncumisa thank you so much for your wonderful words. I like that you still talk to your mother and I do believe it reaches her. I think I will try to talk to my Dad. For some reason I’m nervous too. I think its the tears that would come with it. But I miss him and I would like him to hear me.

@queengloom I am sure he will hear you. On my wedding day. My sister’s were faffing over me and my biological mom was there too but there is one person that I wanted there and wasn’t.  So I was all done up, and sitting in my jammies on the balcony of the hotel room we were getting ready in and I just looked up and spoke to my mom and just wished she could be there. Anyway so at the wedding all was going well and said vows and took pics blah blah blah and then my sister and I looked over the balcony rail of the venue and just randomly as the sun was setting a flock of seaguls flew over the Harbour and my sister said “Look, mommy was here with us” – I just started to tear and think other than marrying the man I vowed to love forever that was the best moment of the night. So you talk to your dad and you tell him anything you want and I am sure he is listening and one day I hope you too will feel him with you.

@ncumisa that was absolutely beautiful. Thank you so much for sharing such a wonderful memory with me. It brings me peace.

My situation with my dad was much different but bears some similarities. I cut him out of my life a year and a half before his death. It was the right thing to do for me at the time — the drama and the anger got to be too much for me. But maybe he needed me more. And maybe I shouldn’t have been so weak as to just walk away and let my mom deal with him. It’s been more than seven years but I still have that struggle. I’m sorry you are having to process all of this.

@kingofi Not that I’d want you to experience this struggle too but it makes me feel less alone. I’ve felt like an absolute monster every day.

I know in my heart that I did, and you did, the right thing at the time ridding ourselves of the drama. But it still hurts now.

I hope this pain does ease somehow and in some way.

You are not responsible for the choices other people make. I had to do something similar with my mother for different reasons. She’s been gone 8 years and I still roll back and forth between the hurts she inflicted and the dutiful child who wants her name on a brick in the center of town. That last thing kind of helped actually but it took a long time to decide on a “thing”.

@tunguska Thank you much for that, truly. I relate a lot with “I still roll back and forth between the hurts she inflicted and the dutiful child who wants her name on a brick in the center of town.” nothing could be stated better in how I feel towards my parents.