Ok, so, I was playing the Sims 2 earlier bc we had an intruder in the house (who sub sequentially got herself in hot water with the cops) and I was paranoid bc the girl came through the attic via the outside stairs. I’ll show you later… um… anyways, I took the Veronaville theme and transferred it of sorts into the new neighborhood I made called Otterwick. 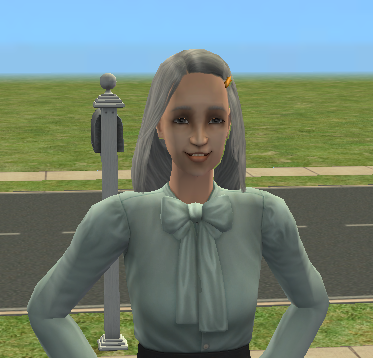 Here is Isabella Capp long lost relative to the Veronaville Capps. In case you are wondering, she had red hair before it turned gray/white. 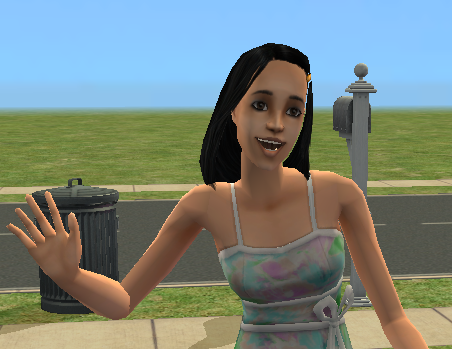 This is her daughter Agatha. Isabella is a Scorpio with no nice or other endearing points and is a Fortune sim… while her daughter is a Cancer that is balanced out. 🙂 Izzy likes high steppers and well dressed men and hates unemployment. Aggie loves perfume and something else… can’t remember, too sleepy… and hates high steppers.

Izzy is SUPPOSED to hate Aggie bc of who she isn’t or is. (Her fathers child) 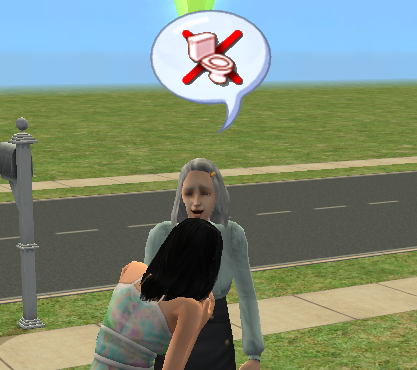 Izzy: I hear the townsfolk are uncouth and don’t use the toilet! 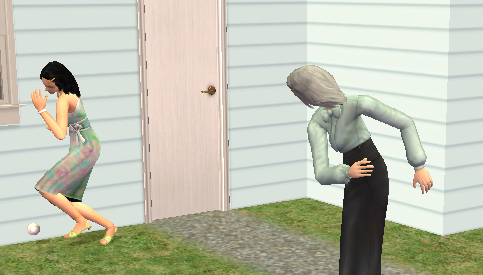 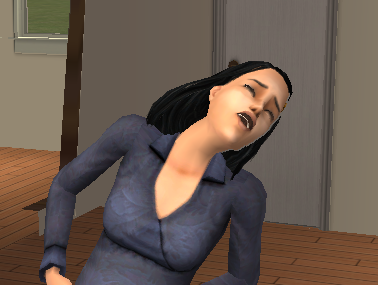 I didn’t get a picture of it, but I boolpropped her with Rod Humble — the computer gifter. 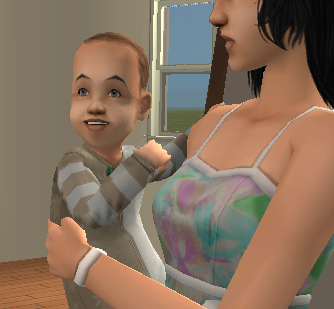 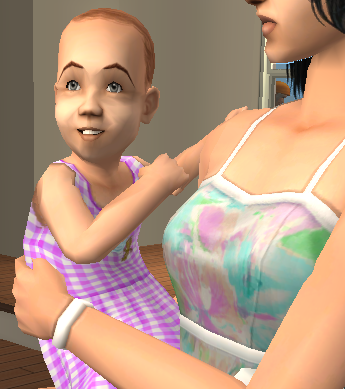 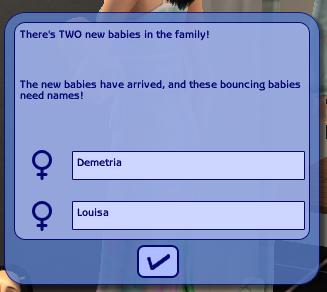 My game loves to give me twins… I don’t have any hacks, (yet!) but I still got them. 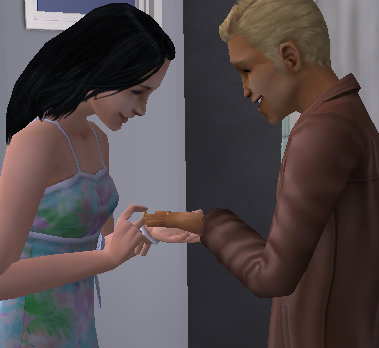 Nothing says class like a bathroom wedding to the richest man in Simdom. 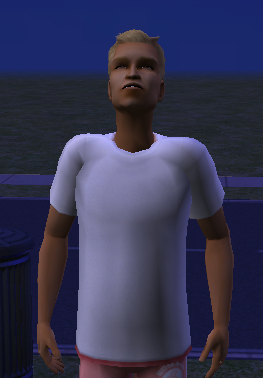 Pregnant with an alien baby? Perhaps. 🙂 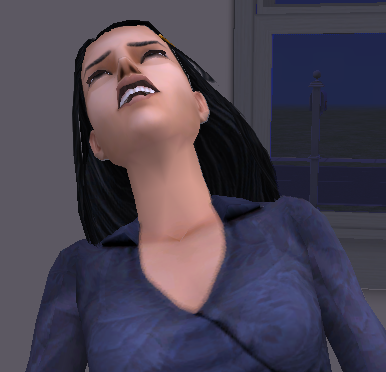 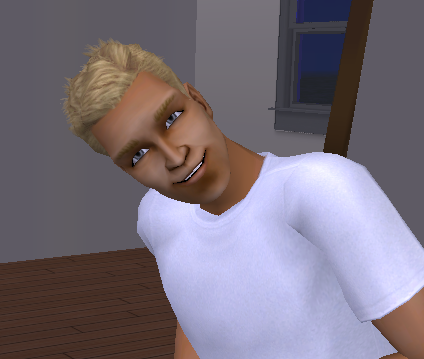 Malcolm: Man, this is fun!! 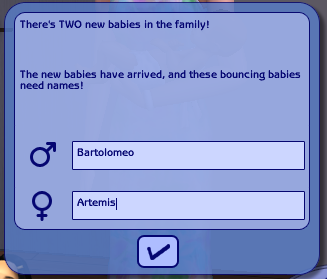 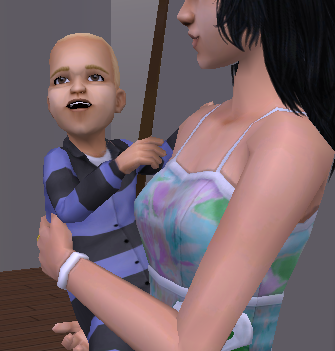 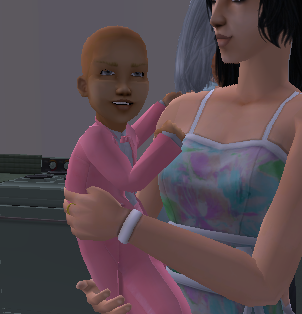 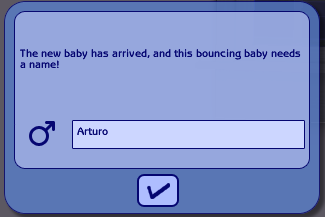 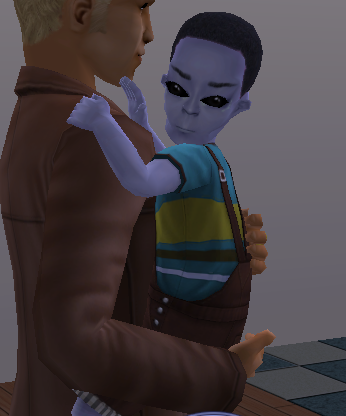 So cute! I have a list of things I use in game so, you can peruse them at your leisure after the post.. mmkay?

Lastly a baby Artemis ponders life with a crazy family.F 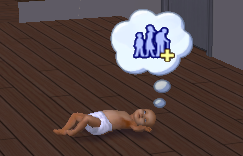 All these babies remind me of Old Mother Hubbered….

Wow, looks like you’re having a blast playing the game.

I’m interested in hearing about this intruder. That sounds a bit scary to deal with.

@heffay She was a former resident who can’t take no for an answer. I am LOVING the game!

Awesome :). I didn’t know it was possible to get your sim pregnant by an alien, although I did watch a pregnant male sim in Strangeville in Sims 2.

@justamillennial That’s what the Tombstone of Life & Death is for. 🙂