Had a dream last night that I was chaperoning a school trip in Singapore (which didn’t look at all like Singapore but more like Toledo), but I lost the kids and couldn’t find my hotel. The point that I lost the kids was when we were on a tour through a Buddhist temple where everybody had to step on huge flakes of gold to make their way across a moving floor. When I was looking down, I realized the moving floor was made out of Honey Nut Cheerios boxes. While I was distracted by that, the kids took off. Not sure how to parse that 🙂

The arrogance of the NRA telling doctors they should “stay in their lane” and not get involved in the conversation for #GunControlNow is astounding. I’d like any NRA executive to spend a day in an ER with a doctor who’s pulling bullets out of young people, and then see what they say.

Was in a meeting today where somebody said “during the week of American Thanksgiving” which struck me as funny – but of course, our Canadian friends have a different (and many would say better) Thanksgiving.

If I had an office in a tall building overlooking a busy harbor, I would never get anything done – because I would spend all day watching boats come and go.

Was going through vacation pictures with DiaryMistress last night and looking at pictures from Venice – the one below was from a family who was moving, and of course – they were moving all their belongings by boat (as you do, I guess, when you live in Venice). 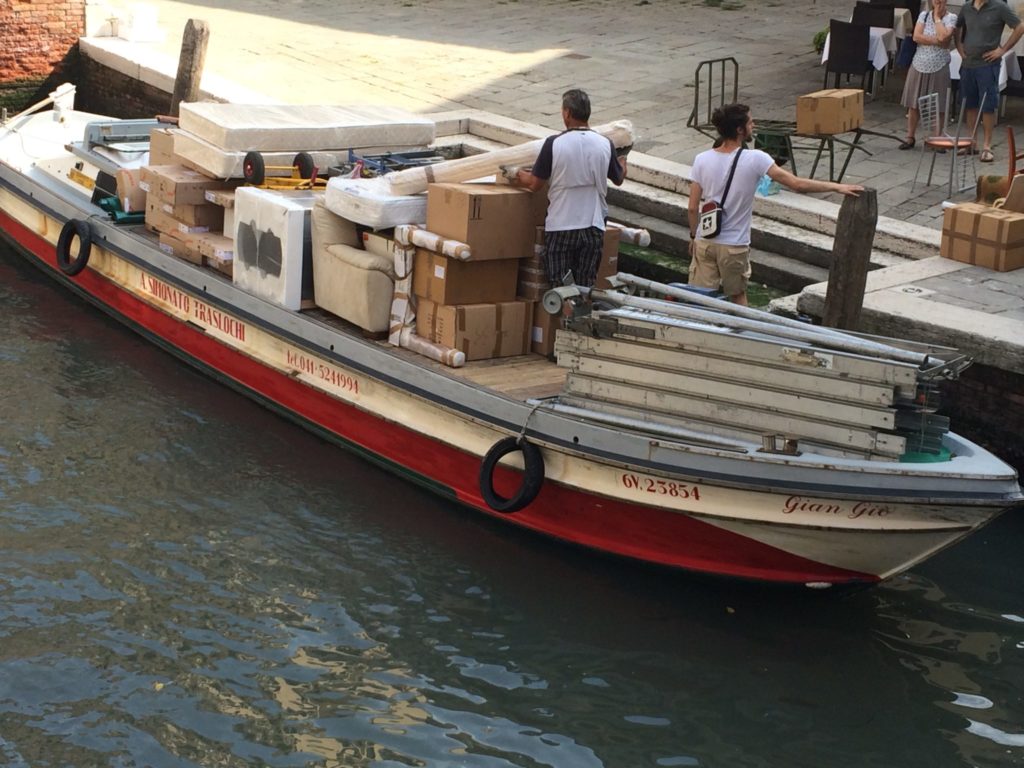 Reminded us of Busytown and Richard Scarry – some of our favorite books when our kids were little. 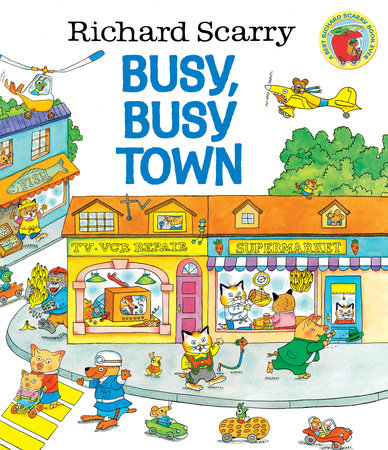 If you’ve never seen the movie Pane E Tulipani – which is set in Venice – it’s a good one, try it out.

Accordions are a fascinating instrument, and I am really impressed by anyone who can play one – it seems really complex and difficult!

Was also in a conference call today where somebody flushed the toilet while everybody else was talking. It was a loud and long enough flush that everybody had to stop talking and wait for the flushing noise to die down. Really people should learn to mute.

And now that this entry has devolved from interpreting dreams to office toilet etiquette, I shall call fin.

dreams are so interesting. mine are crazy. you also post the coolest photos

I can never remember my dreams.  Not in detail.  Really annoyed me the time I came up with a complete story in my dream and that fact was all I remembered when I woke up

@williamthebloody that would be super annoying. I’m remembering my dreams more lately, not sure what that means.

I would have told the person who flushed the toilet that was not cool…but then I am a Canadian…The pictures you post here are always so bright and colorful….

@jaythesmartone it’s so funny because it’s like everybody waiting for somebody else to say something about it, and then just carrying on as if it never happened 🙂

Don’t you wonder where our dreams come from?  Mine never seem to be caused by anything that is really going on in my life, but I have very vivid dreams and it seems I dream the entire time I sleep.

@dlk082244 that’s interesting – I can usually connect mine back to something I was thinking about – but where the Honey Nut Cheerios boxes came from, I have no idea 😂

My grandpa played the accordion. I loved that sound.

I think the problem is using the bathroom on a conference call in the first place… I was in a public restroom one time and heard a guy in the stall talking on his cell phone on the toilet and when he was done he said, “OK, bye mom!” lol

What a stressful dream! I remember reading the Richard Scarry books, always loved all the illustrations. It seems they were at doctor offices a lot when I was a kid.

@cherrywine_1 yes the illustrations were my favorite part too – there was one where Huckle’s family moved to a new house and they showed them building it and all the pipes and wiring going into it, that was great!

I’ve had the strangedt dreams lately.  I should write some of them down and explore their possible meaning in a dusty entry, but most of the details fade from memory notong after I get up.

Would love to see Venice some day before it sinks into the sea!

@oswego I know, I feel so bad for that city – it is being buried by floods of both water and tourists!

I do transcription from home and I am often transcribing conference calls. The other day I had one where someone on the call had a parrot who WOULD. NOT. SHUT. UP. I’m like, “Do I mark that as inaudible, or as crosstalk?” 😀

My dad played the accordian. Then again, he played pretty much everything.

@villy that is hilarious! Crosstalk, I think 🙂