“Heroes are made by the paths they choose, not by the powers they’re graced with“.
(Brodi Ashton)

Being a 911 dispatcher has always been “the job that got away”, for me. I always wanted to do it, but never  ̶f̶o̶u̶n̶d̶  made time because life got in the way & I became a paralegal, even though my passion are languages. Not any trouble making up my mind, right? Well, the 911 jobs are hard to get here; I like the law, but didn’t want to practice it; and I don’t know enough languages to make a living full-time (I only know 3).

I just came back from taking the “Police Communications” (read: 911 dispatcher) test. HOLY SHIT. The thing is the SAT on steroids. At one point I was, simultaneously, filling a call-detail log of replayed real 911 calls, while answering questions on a multiple-choice answer book, while monitoring a giant screen w/an interactive map where four pretend patrol cars were “assigned” to me, to whom I had to dispatch calls depending on 4 escalating priorities. THREE HOURS OF THIS. 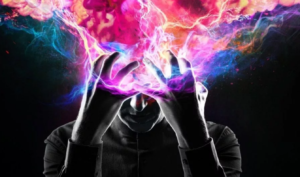 I stopped by a store on my way home, got a ton of chocolates, put ’em in a gift bag w/a thank-you card, & stopped by my local PD station. I left the bag at the front desk (not staffed, but ya can *summon* someone), rang the bell & ran out. I still can’t believe the test (I don’t really think I’ll pass it but I won’t kill the hope ’til I get the news). If “the real thing” is even a tenth of what we had to do today, I’m telling you, that job is no joke!  The next time I call to report something & I start to lose patience because “that bitch” doesn’t let me finish my sentences, I’ll have a reason to keep my composure & shut up. 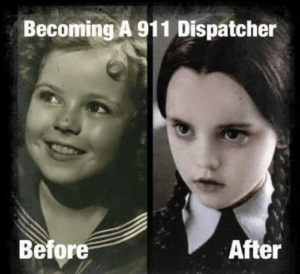 Wow!!! I had no idea it was that difficult! It sounds stressful! Either way it was nice of you to get them chocolates!

Also, I must add that knowing three languages is very impressive!

@hannah_banana0012 – Thanks… it’s NOTHING compared to what other folks speak. Pope JPII knew 12 fully, and spoke another 60+ conversationally. I can’t tell you how much I admired that.  Chocolates… I think I only did that because my brain was too exhausted to think of anything better, plus I could not afford much, but they needed to be thanked!

Is knowing multiple languages a requirement for 911 operators? This sounds like something I’d love to do (have thought about it briefly before), but I definitely don’t know three languages.

@jellbee – No, it’s not, but it always helps. Languages are just something I like on my own 🙂 And you should look into your city’s page for city jobs, and see if there is an opening for the job and apply. Whether or not you pass, it’s definitely a rush-experience!

Wow, that test sounds stressful.  I can imagine that the job sometimes gets that hairy, but not 24/7? Of course that depends on where you work, too.  Best wishes on getting the job!

@catholicchristian – Thanks! I can tell it takes a heck of a special person to do that kind of thing. I just hope I’m that kind of person, this time around!

I’m sure they have slow times, but I think the least “busy” are the ones in smaller towns and closer to the country; city depts. are always staffed 24/7. Including mine, and the one I applied for.

That is fascinating! Good luck passing the test 🙂

@thediarymaster – Thanks! Not sure I will, it was ridiculously hard, but I’m happy that I tried. If I fail it, I’ll just ask them for any books they might have to study and take another one when it opens up.

You got this!! Please let us know how it turned out. Im flabbergasted that I can remember one language at this point, 3 has got to be interesting. Do you find that you use grammar from another language while speaking sometimes? I used to do that when I was taking ASL.

@sparklethewingbug – No, I never mix up my languages. I’m ridiculously strict about each of them. I’m too much of a purist to do it by accident – I’m one of those who is against adopting words from another language if there is already one in the source you speak.  I also find that it’s abhorring to give in to the people who speak incorrectly and adopt the words they use incorrectly as legit parts of the language, instead of educating them about the correct use… and a host of other things, so, you can already see where I’m going with that  LOL

You know ASL?!!!  OMG how cool. I was beginning to take lessons but the teacher moved out of state. RIIIIGHT when he was about to work with me on my sign-name! >:(   I want to retake it but have to find the right person  🙂

@thenerve I get what you’re saying!

I wish I knew ASL, I lost 99% of it after I stopped taking it, but I can get the gist of conversations if I need to.

@sparklethewingbug – That’s still pretty impressive. Me, unless you sign letter by letter, I can’t understand a thing. Except “hallway”. I never forgot “hallway”  😛

Good luck on the test. I’ve heard that working as a 911 dispatcher can, also, be emotionally taxing… since there are some people, calling with emergencies, who you just can’t help.

@justamillennial – Thanks!! And well, yes, there is that, considering what type of work it is… but if there’s ONE I can help, even if it’s by making their last moments calm in some way, it’s worth the emotional taxation  🙂

I have a feeling you did very well on the test.  Better than you think.  You are very smart and quick on your toes.  Have you heard any news back yet?

I just have to say on your next entry – the word Joyeux is such a beautiful word isn’t it.

@wildrose_2 – Well, I hope the test doesn’t look like I did it WITH my toes… LOL! Seriously, it was a very difficult test and there were over 500 folks taking it… they’re only looking for around 10 folks. I’m not holding my breath – I took it because I’ve always wanted to do that job, so, if it does pan out, GREAT!  😛 If not, I’m still applying at “normal” jobs. I won’t hear about the results until about a month from the date of the test.

@girl_gone_wild – Ya think? It felt like a guilt offering, lol… since I’d been always snapping at them for being “rude” when I called.  The test shut me up quickly, I can tell you that much! LOL