“The rifle itself has no moral stature, as it has no will of its own. Naturally, it might be used by evil men for evil purposes, but there are more good men than evil, and while the latter cannot be persuaded to the path of righteousness by propaganda, they can certainly be corrected by good men with rifles.”
― Jeff Cooper, Art of the Rifle

I just saw a commercial for an ocean clean-up company. Once upon a time, these two guys had gone to Maui & were “heartbroken” over the amount of trash in the ocean, so, they started snorkeling to clean it daily. Then <insert ta-da music> they had a novel idea & started *employing* others to help. Employees cost. So they came up w/the <insert ta-da music> novel idea of making bracelets out of the plastic trash they were finding <introduce manufacturing costs, now>, which they now sell in order to keep money to keep cleaning the ocean to give back to assholes who keep trashing it. And they’re praised for helping the environment. THE END. 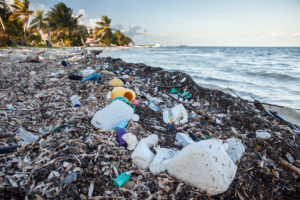 Once upon a time there was a school shooting. Then many other mass-shootings followed. And the government <insert Battle Hymn of the Republic choir> had the novel idea of vilifying guns, as they were killing people “too quickly”. And they started making all sorts of constitutionally corrupt laws <insert taxpayer dollars to legislate> to curtail guns in every way possible <insert 20 kinds of taxes and 15 kinds of unlawful restrictions> and claimed that no one needed this and that gun. They tried gun buybacks, and a bunch of bleeding hearts caved in <insert circus music>, red-flag laws <insert modern-day witch hunt based on angry ex’s word that Mr/Mrs is a danger to the community>, and brainwashed/ing parents using their deceased children as a tool to please the government <insert Battle Hymn of the Republic choir>, but the shootings kept happening. And guns were blamed. THE END. 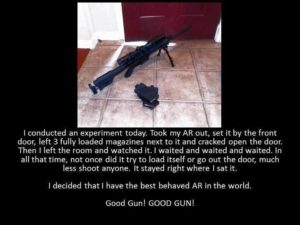 Instead of treating the root of the problem, both tales above are treating the symptoms. STUPID. The problem is never going to stop unless you hold responsible those who are, instead of being their maids and cleaning up after their asses. Make laws so folks won’t WANT to trash the beaches. Make laws so folks won’t WANT to commit crime. As easy as that.

Sad people are so trashy!  I hate the litter

@kaliko – Yep, me too, but we keep cleaning after them, which only tells them “It’s okay to do it, no worries, someone will clean it up later”.

That is a good idea. The problem is that it’s often easier to treat the symptoms, rather than the root of the problem.

Treating the root of the problem either requires novel thinking, or much more work. (i.e. School shootings might be avoidable, but this requires much more work on the part of school psychologists, who often don’t get paid enough for the work that they do. Guidance counselors often aren’t equipped with the type of knowledge needed to identify and treat possible school shooters… so, guns get banned, because banning guns are easier.)

@justamillennial – Yes! It IS easier to treat symptoms, always, but that’s the path of the lazy kind, in all matters. And people like to blame third parties, too.

School shootings – YES, it would require actual work (all those folks you mentioned like easy money, so why make the poor things ::::gasp::::: WORK?!). Arm teachers, period. EDUCATE folks. And if someone’s a parent, train your kids in everything-firearms and teach them to respect the damned things… and don’t leave your loaded ones, if any, at their reach! Banning guns does not keep them out of the hands of criminals at all – it just makes law-abiding folks the perfect targets.