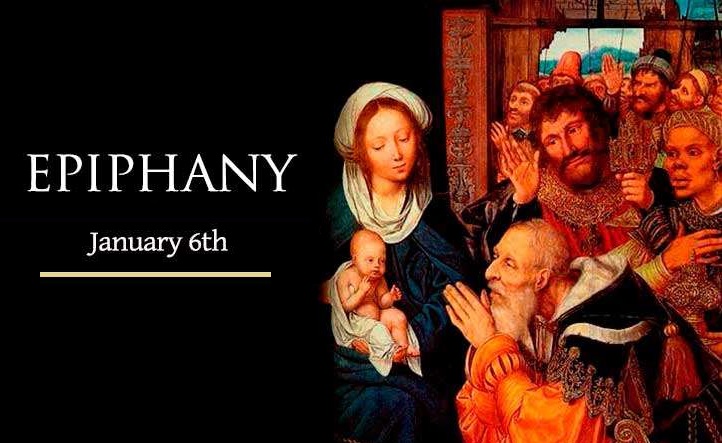 ♫ the Three Kings gave to me ♪ 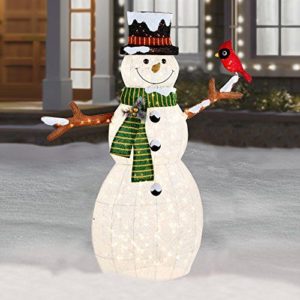 (Not the actual snowman, I didn’t get to take a picture, but it’s just like this one)

I know now the second I step out, folks will have started tossing those poor Christmas trees out, where they’ll remain for weeks, even months. Why are folks so willing to kill Christmas before it’s over? To kill it at all? It would be so beautiful, so relaxing, to come home from work any given afternoon to a house all lit up… This is the reason I keep my Christmas tree up all year long. The lights stay on 24/7 during Christmas, & when it *does* end (which, for the record, it has not!), I switch it to a timer: the lights greet me when I wake, stay on for 30 minutes, & turn on for about an hour when I get home. I get a daily shot of the memory of that peace I feel around Christmas.

I wonder if there’s a town somewhere in the USA where it snows all year long and they keep Christmas up, too, all the time. Because I’d want to move there.

♫ Five Thursday corpses ♫
I TOLD YOU SO. I’ve officially seen the first victim. They asphyxiated him with plastic wrap to accelerate his demise, the cowards, and dumped him in front of two of his peers. I can’t imagine their trauma at such cold-blooded dumping.

♪ Four Friday dark streets ♫
The street through which I come home on, which is a paragon of illumination during these dates, was already, today, alarmingly depressingly dark but for one house. And it’s a long block, 36 houses on either side. 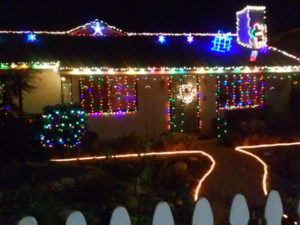 ♫ Three Saturday tombs ♪
I stepped out to get something from my car… and saw 6 tree corpses dumped where there were NONE yesterday. And I SAW my neighbors doing it, so, they can’t deny their transgression. Too gruesome to post a picture. 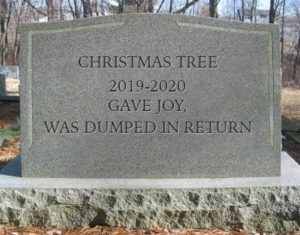 ♪♪ Two Sunday crunchies ♫
I don’t even feel like getting out today. I don’t want to see any more corpses, and since Hallmark is still playing Christmas movies (rightfully so!), I’m going to binge on that and buñuelos with piloncillo syrup. 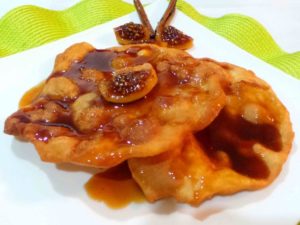 ♪ and Monday rosca and a Paddy dance ♫
HAPPY EPIPHANY and last day of Christmas, everyone! I bought a mini rosca and made one of puff pastry with cat food filling for my sons; the “dolls” are crunchy treats througin (I know that’s not a word but if we have “throughout“, we should have “throughin“). 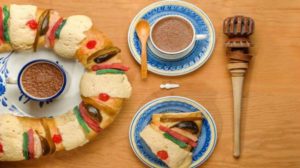 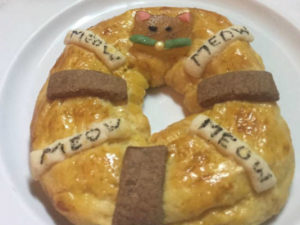 For those of you not familiar with rosca de reyes, my country celebrates Epiphany w/this pastry, which has, hidden inside it, depending on its size, one or more little plastic dolls. Whoever gets the slice w/a doll, must host a Candelaria celebration (the Presentation-of-Christ-in-the-Temple-&-Purification-of-Mary feast) On 2/2. I’m not religious, but I love the traditions I grew up with. In my country of origin, Christmas is still substantially human, as opposed to commercial.

And Paddy is back! 😀 Here for your delight, her first performance on AGT (the most epic fuck-you-Simon moment ever!), and the one from today!

I adore this woman. She is my spirit animal, and one hell of an example to follow.

I’ve decided that, this year, though not necessarily just for OD, for every negative piece of shit I encounter, I will try finding a good one, however minor it might be.

What a cute snowman!

I prefer an artificial Christmas tree myself; I’d rather keep the actual trees alive and growing outside.  I wouldn’t mind a real tree, but only if I could plant it in the yard after the holidays.

@countrychickadee – Exactly! That’s what should be done with those. But people are too lazy to do that. It’s a shame.

This makes me laugh and sad, both!

Cat food filling?! I assume it’s for their cats and not them. (I can be incredibly thick at times sorry)

@sweetlittleappletun – It’s for my sons. My cats are my sons.

Trying to find positives in a world of negativity is a great plan. I should try to do that more.

@justamillennial – Heh. I’m a Taurus… not sure I’ll be able to LOL but sure as hell will try!

The snowman is so cute!  And those poor Christmas trees!