So my cat Violet that I’ve had since she was a kitten started losing weight quickly and just not acting like herself so we took her to the vet when we noticed she had stopped eating which is serious in cats. If they don’t eat for 48 hours I believe it is they form something called hepatic liver or “fatty liver”. Their liver basically turns to fat and makes their other organs start shutting down. So we took her to the vet Thursday night they hospitalized her and found out she had liver issues and was anemic. So they put her on fluids and some other meds and she was improving the first few days but then Friday when they called with an update they said she seemed to be getting worse and then Saturday morning they called us and said she had passed away. I feel guilty about the whole thing mainly because I was trying to help out one of my son’s friends moms. She has a colony of cats literally in her backyard so she took in a lot of them. She unfortunately isn’t a expert in this kind of thing so she didn’t get blood work done on the kittens. She was able to find out they carry the herpes virus but I’m guessing didn’t get bloodwork on more serious conditions like FeLV or FIV. FeLV is feline leukemia and is pretty much fatal to any cat who gets it. Not like instantly but over time and it’s making me think that’s what Violet had and I believe another one of my cats has as well. My husband is going to take our other cat whose name is Leo tomorrow when he goes to pick up the paw print from Violet. The good thing is Leo is at least eating still but he’s very lethargic and has some of the other symptoms Violet has. So my guilt is the fact I should have gotten the kittens tested for those things BEFORE I brought them into my house. So IF they test positive for this disease more than  likely that means I just sentenced my cats to death which really sucks and then I feel bad for the kittens because that basically means they might not live that long either and they will be stuck with us because I’m not adopting them to someone and make that person’s cats sick too. So I got myself into a big mess just trying to help someone else out. It SUCKS!! 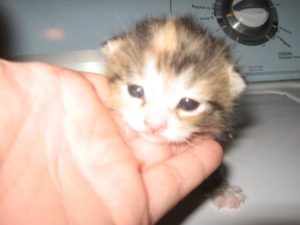 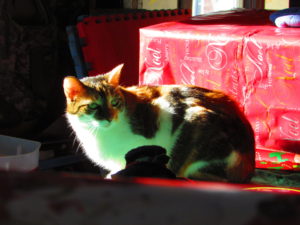