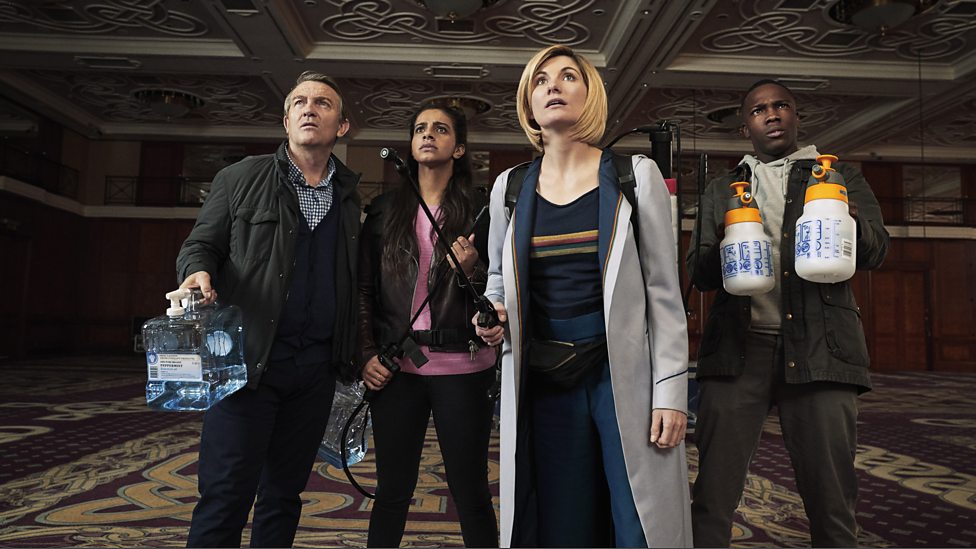 Synopsis: the Doctor finally gets Graham, Yaz and Ryan back to Sheffield, but what’s happening with the spiders in the city?

I’ve finally worked out what my problem with Chris Chibnall’s episodes of the show are.  All they are are a collection of scenes with a lose narrative stringing them together.  There are concepts that sound good in theory but don’t quite work in practice.

I keep hearing that Chibnall concentrated on characterisation over story but it still feels that he has no real idea about the Doctor.  His Doctor, remember, he created this version of the character.  There was more development in the Graham/Ryan relationship than there was for Yaz and this was an episode with her family.

Stormzy?  Really?  That’s going to date the episode badly.  I get that they needed something that was base heavy, but why not classical music?

The American businessman.  Did you get it?  He’s Trump!  I know, I know, it was very subtle, I wouldn’t be surprised if you missed it.  /s

The Doctors anti-gun morality is getting ridiculous.  ?People were complaining that it was so in The Ghost Monument, but I’m struggling to see why the spider being shot was such a bad idea.  It was suffering, it would have died a much more painful death and what happened it is was merciful, whatever the Doctor thinks.  There’s being anti-gun and there’s being ridiculous about it.

On the upside, the new Time Vortex looks awesome and I love the idea of a sort of central exchange to it.  Plus the next four episodes aren’t written by Chibnall so there should be an improvement.

When ever my hubby is whatching this I know you did also the day before.  So I am always wondering what you think of this weeks show then I see it here the next  day.