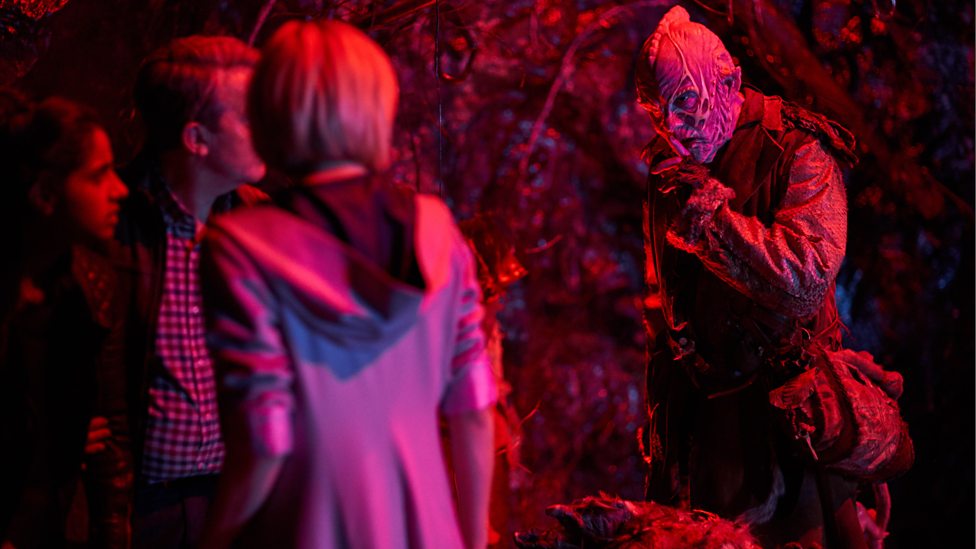 Synopsys: In Norway, there’s a blind girl who is scared of leaving her house because of a monster.  And her dad, her only remaining parent, has disappeared…

This was a solid episode.  Not great, by any means, but far from horrible as well.

After Ryan and his disappearing dyspraxia, it was refreshing to have a character with a disability where it was more than just referenced and then seemingly vanished thereafter.  I liked the touch of the Doctor writing the instructions for Ryan and then lying to Hanne, and her working out the Doctor lied.

The dad using speakers to gaslight Hanne into believing the monster was there may not be new, but it still worked.

The addition of the Solitract was a neat idea, as was tying it into the lore of the show.  I know some people were upset that it appeared at the end as a frog, but it was so strange it worked.  Remember, it was trying to attract the Doctors intellect, not her emotions.  Why a frog?  Why not?

Seeing Grace again was a bit of a gut punch.  Nice touch with Graham realising that Grace would never sacrifice Ryan in the way this one was willing to do.

Felt like Ryan calling Graham Grandad could have been a bigger moment.

The episode looked good.  Loved that Eriks t shirt and the Doctor and Grahams parting were reversed in the Solitract.

Next week is the last episode, so I’ll also be doing a series round up.

I like how at the end everything turns out good…..