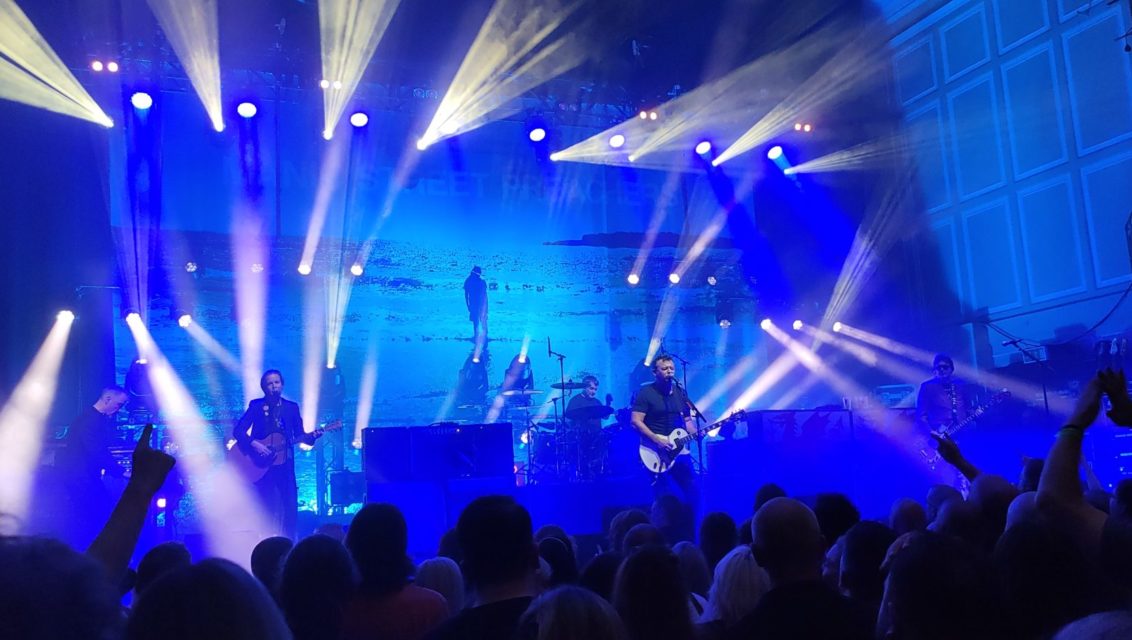 I got through to Newcastle about 1.  It was too early to check into the hotel, so I went to see The Green Knight.  I’ve been looking forward to seeing this film for ages, but due to it being released on Amazon Prime at the same time no cinema near me had it.  Which is a shame.  It’s a really good film and it looks absolutely gorgeous.

I then went to check into the hotel.  Normally, I stay at a Premier Inn, but this time I stayed at the Royal Station Hotel.  I’m definitely staying there again.  It’s a gorgeous hotel, right beside the train station.  After checking in, I had a shower, went for a couple of pints then went to the venue.  I had to show my vaccine passport before going in, which wasn’t a problem.

I got myself a t shirt, one for Nikki for her birthday and this badge:

(It also says that on the back of my t shirt.)

The support act was a band called Low Hummer.  I’d never heard of them before, but I really like them.  Here’s one of their songs:

Quick smoke, then it was time for the Manics.  And they were brilliant.  They played a couple of songs from their new album, a lot of their older stuff and a cover of Sweet Child of Mine.

Rock Orchestra by Candlelight and Slam Punk was one thing, but this was what I had been missing.  A load of people crammed into a room singing along with a band at the absolute top of their game.  The lead singer so confident in what they are doing that they can step away from the mic and let the audience carry the singing, even when the song isn’t theirs.

In the Frank Turner song Four Simple Words, there’s the following lines: “Colleagues and friends condescend with a smile, yeah but this is my culture man this is my home”.  And it’s absolutely true for me.  I didn’t realise just how much I missed it until Sunday.

Here, to finish, is one of my favourite Manic Street Preachers songs, which they did perform: