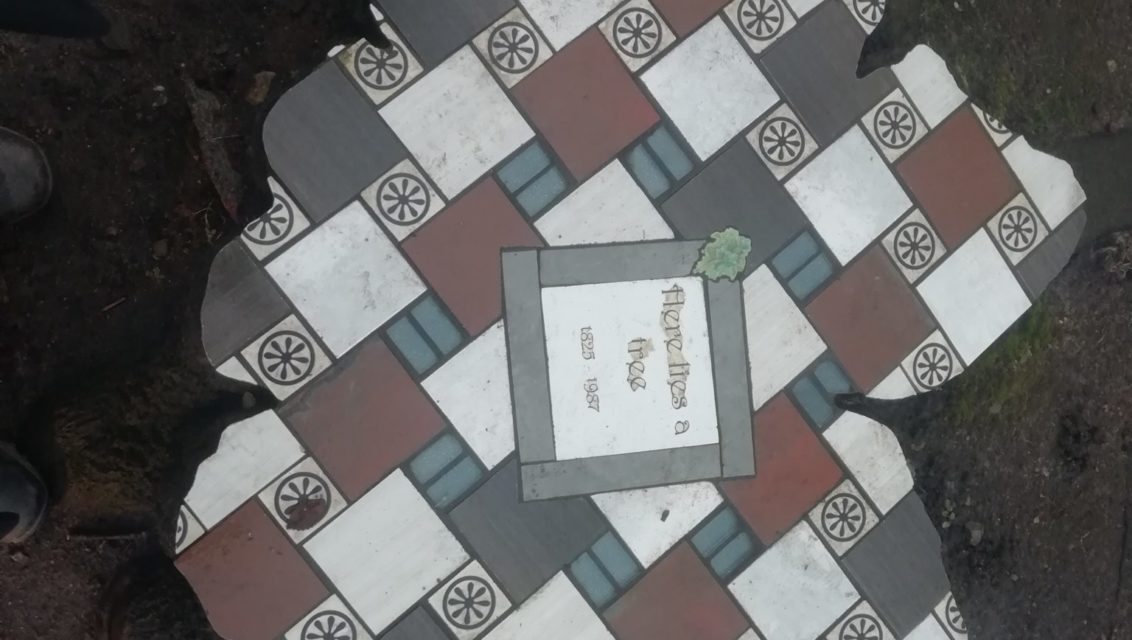 The lunch date was fun.  My nephew wanted a hot dog, but they didn’t have any.  So, he wanted nowt.  My sister got him a cheese and tomato pizza, just in case.  He didn’t want it.  then, he’d try a bit.  Then he didn’t like it.

He left the crusts. 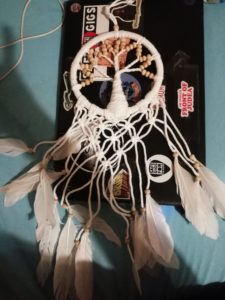 Just got to decide where I’m putting it.  There’s already a Native American dream catcher above my bed.  Might put it above my sofa, seeing as I’ve been known to sleep there.

Boxing day, I went into town for a bit.

The Saturday, I went to the Cove Rangers match.  I decided I may as well, seeing as I have the top.  It was a good game.  Cove won 2-0.

Then I went to my sisters as they live near the stadium.  We had pizza, I played my nephew at FIFA and beat him twice, then played him at darts where he beat me.  I then went into town and spent my Brewdog voucher drinking Goodest Clear Water.

Yes, that’s a name of a lager.

Sunday, sister, brother in law and nephew came over.  My sister said to my mum that she couldn’t work my Christmas present to her and my brother in law, which is slightly annoying, considering I was over at theirs the day before, she could have asked me then.

Hogmanay, we got the call about my uncle dying.  I went into town that night.  Ended up at a place that played excellent music and where the DJ was late with the countdown to midnight.

Thursday, didn’t do much.

Friday, train back to Boro.  I watched episode two of Dracula and the first episode of the new series of Doctor Who.  Got back to the flat and went for a swim.

That’s where the title comes from.  Seriously, someone walked out of the changing rooms shaving.  There was someone else who decided the best use of the pool was walking up and down chatting to her friend who was actually swimming.  Grrrrr!  Pissed me off, especially as the pool was actually kinda busy.

Saturday, went for another swim.  My stamina is getting there.  I’ve decided I’m going to try swimming twice a week, every Saturday and Sunday.  Well, most weeks.  I won’t be this weekend, for example, as I’m going through to Newcastle to watch Uncut Gems.

I also watched The Masked Singer, which is oddly addictive and quite bizarre.

Sunday, I watched the second episode of Doctor Who.  I’m not reviewing each episode this series.  Why?  I’m not going to be watching them all.  I’m going to be missing the ones written by Chris Chibnall (which, I think, is most of them) because I just can’t do it to myself anymore.  It’s getting to the point it’s rage watching and I’d rather not do that.

Yesterday, I signed on.  My work coach wanted me to read my CV and I’ve to see her next week so she can review it.

It’ll be the same shit it was the two times it was reviewed last year.

I’ve decided I am going to get a Xiaomi Mi Band 4.  I’m tired of having a watch and a fitness band, so I’m getting both in one.  The 20 day battery life doesn’t hurt either.

Oh, I discovered when I got home that I have the Britbox app on my TV.  Score!  You may have thought I got started on the over 600 episodes of Classic Who that’s on there, but I watched the first series of This Life instead.  I’ve been wanting to rewatch it for fucking ages and not found it anywhere.  I’m currently rewatching season 1 of You.  Then, season 2.  then finish This Life.  Then probably Cracker.

I will get round to Classic Who though.

Jay The Smart One
3 weeks ago

Hubby said that the new doctor who is pretty good and the female is really hot.  But I really prefer the older version before the one last season…..