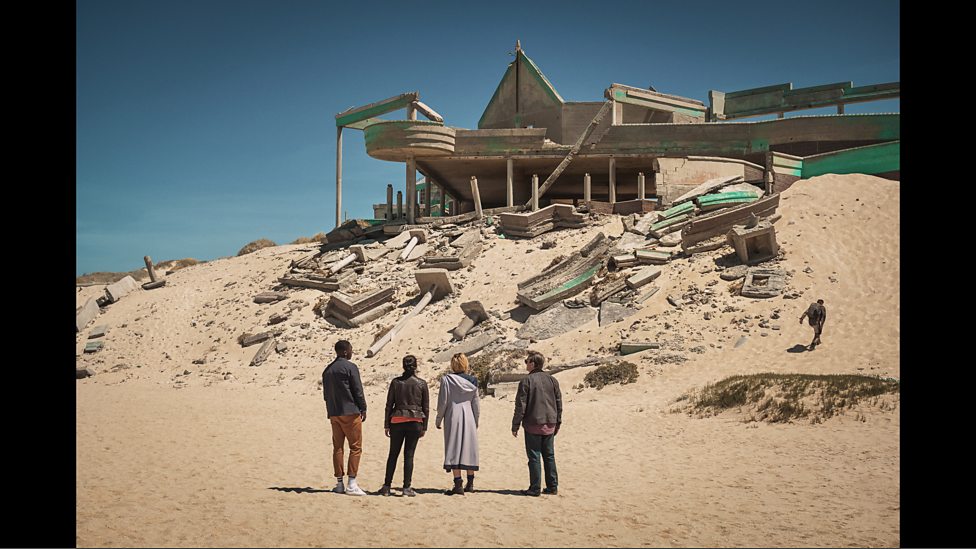 Once again, here be spoilers.

Synopsis: You tell me , we’ll both know.  This is not a good thing.

Let’s start with the good:

The new opening titles and theme tune.  After being completely missing last week (though they did have a version of the theme during the end credits), this week it’s the very first thing on the screen and:

It is a thing of beauty and a joy forever.  The actual theme already gets points for getting rid of the stupid fanfare at the beginning that Gold was weirdly in love with, despite the fact it didn’t work.  I love the dip before the theme proper starts and the main bit of the theme sounds like it’s going right back to the shows start while being utterly it’s own thing.  The graphics might be missing the big floaty head, but it’s gorgeous to look at.

Jodie Whittaker is great as the Doctor.  Bradley Walsh is coming into his own as Graham.

Where the fuck is the story?  Seriously, where is it?  The episode was six people going from point A to point B with minimal obstacles in the way.  There was no real sense of peril.

Weren’t two of them racing?  Where was the race?  Why were they not doing more to get ahead of each other?

Exposition.  So much bloody exposition.  This is where Chibnall being good at writing crime drama comes through.  It’s OK to have some exposition, but it took up large chunks of the time.

Yet another thing getting implanted to people without their permission.  Don’t have the translators, have it that the TARDIS is translating for people, just the Doctor doesn’t know it yet.  Incidentally, wouldn’t the translators be taken out by the EMP?

More fun?  The Doctor isn’t shown that the Ghost Monument is the TARDIS.  Have her, Yaz, Ryan and Graham follow the other two in the hope of convincing the guy running the race to help them out.  He refuses, the other two teleport, the Doctor doesn’t know what to do then you hear a familiar “Vworp, vworp”.  How much better would that have been?

The TARDIS.  She’s redecorated.  I really don’t like it.  I saw set photos and was convinced I might like it more lit up.  I don’t.  It looks half finished, as if the designer started working on it at 4:55pm on a Friday and left for the Bank Holiday weekend.  The addition of the actual box doesn’t work and the whole thing looks cramped.  I’m not going to compare it to the immediate previous design, because I believe that to be the single best TARDIS design ever, but it’s worse than any other TARDIS design I’ve seen.

The Timeless Child has potential, but how many names does the Doctor need?  She’s getting as bad as Danerys Tangeryn.

I’m going to say it again, Chris Chibnall is not a good writer for Doctor Who.  On the evidence thus far, he’s not convincing me otherwise.

Oh, joy.  Rosa Parks next week.  On the upside, it’s written by Malorie Blackman (though, sigh, Chibnall is credited as co-writer).  On the downside?  It’s talking about a fundamental moment in the civil rights movement.  I’m sure there’s no way it can go wrong…

A lot of people here in Canada are whatching this new Dr. Who because they think the female is sexy…But then I am a female so what do I know?

I keep wanting and wanting to start watching Dr. Who, but I’m afraid I might get obsessive about it – this new season looks really good.