I’ve been cooking beans and potatoes again, throwing in more chiles this time, though I made the mistake of frying the beans for a while and then adding onion to the pan so that the beans were starting to get dry before they even got yellow and I couldn’t really separate the beans from the onions at that point. I kept listening to the same song over and over, Sister Hazel’s Change Your Mind, while I was cooking, and I’m not really sure what is going on inside of me right now except that I have wanted to keep listening to this song (and when I am not listening to it I hear words like “I don’t like a gold rush” over and over in my head for some raisin.)

Last night the puppies got into a pillow fight and there was a carpet of beautiful white feathers all over the ground. This morning I swept them all up and put them into bags and I was kind of singing: “Hey hey, did you ever think there might be another way, sé de plumas, sé de plumas, you’re my babe.” Or something like that, I could never quite decide on a final line, but for some reason this line from Where the Crawdads Sing was inserting itself into the middle of Change Your Mind in my imagination. It could be my favourite line from the movie and for some reason when I think of the scene hear it in Spanish: “Sé de plumas.” 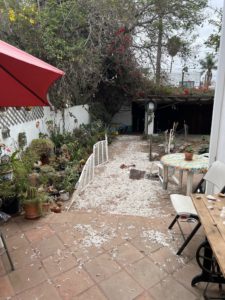 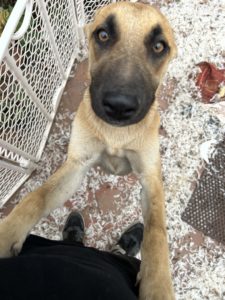 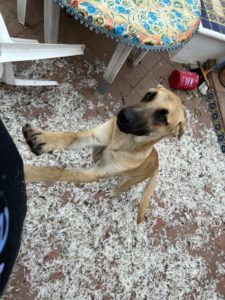 So, I kind of don’t feel like settling down and finding out what happens to me when I stop being distracted by this or that. I haven’t exactly been restless but I feel like I’ve been doing something or other all day, even little things, whether it be cooking or cleaning, and I actually feel like I don’t have a whole lot to say in this entry, but I feel like writing because I don’t feel like just relaxing into myself and whatever shows up for me if I get into a more receptive space. I don’t feel a huge amount of resistance to going into my inner world but I’ve been kind of externally focused all day and it’s hard to get out of that inertia, to just sit for a minute and do nothing but breathe feels very slightly uncomfortable, but I am pretty sure if I actually just do nothing for a little while it’ll be fine. Though something might come up inside me that I am not expecting. I am in this strange place of waiting perhaps like there is something on the verge of unfolding and I don’t quite know what it is. so I’m kind of uncertain about going inside and sitting with myself and finding out what comes next for me.

I’m just thinking about that awesome John Stilgoe course description I shared a few days ago and especially the part about the increasing conceptual importance of the north. I’m thinking also about the conceptual importance of the south, the conceptualization of immigrants and migrant experiences, wishing there were some way I could reframe our conversations about immigrants and borders and I am sad with how immigrants are often seen in such cookie cutter ways; how we speak of immigrants as ‘they’ and then make these blanket statements about this ‘they’ which often has something to do with drawing the line around whether they are good or bad people as though we could put such an extraordinary array of diverse human experience into dehumanizing categories and be done with it.

I was reading an entry here the other day that made me sad in that way. It’s one thing to have more conservative ideas around border security and immigration policy and I am fine with others having different views on that but when immigrants get thrown together into one monolithic category and their intentions and ethics and goodness are called into question with no consideration of their humanity, their uniqueness, and the complex cultural and social factors that lead them to be experiencing life as ‘undocumented’, the dominant conceptualisation of immigrant as other is so heartbreaking.

There is a clearly formed conceptualisation of undocumented immigrants as ‘other’ that the right latches onto and it is easy to keep reinforcing these concepts because all you have to do is lazily refer to the same tropes that we have used to other folks from the beginning of time. It seems we do not really have any kind of strong alternative frame to counter these concepts; we have so many immigrant stories but it seems we are lost in the dark as far as framing an alternative conception of the undocumented immigrant experience. It is so easy for the right to simply label undocumented immigrants as ‘law breakers’ and without a powerful conceptualisation to counter that they can win with such lazy concepts that are nothing more than tautologies that release us from the responsibility of critiquing systems.

The undocumented immigrant is the one left on the outside, the one it is so easy to blame somehow for the pressures and stresses on the system: we don’t have enough resources to support them, the system is going to collapse, and if it does, it is their fault! It is not easy, as things stand, to propose the alternative that a community that cares for our immigrants is more resilient and capable of caring for all of us. That, as it stands, is harder to sell, as the immediate rebuttals are compelling, and trying to respond to those rebuttals with the truth can throw us for a loop, because the anti-immigration right have absolutely won the battle over conceptual framing, at least up to this point. We need to change that. We need to create powerful frames for talking about immigration issues that do not refer back to the frames that have been so successfully used by the right. The state of things is such that, the moment even the most persuasive call for immigrant rights so much as refers to one of the concepts that the political right uses to control the discourse on immigration, the mere mentioning of it gives it power. The ‘why NOT’ support immigrants arguments these days are so much more persuasive than the pro-immigrant arguments because the right has a frame for the ‘why NOTS’ and we do not have a powerful frame to counter that. I think it is about time to brush up on George Lakoff…

We put people into blanket categories that dehumanize them, make them other, conceptualize them as taking up ‘our’ resources, as bad, scapegoat them for the stress they allegedly put on systems without ever questioning the systems themselves, and when these frames that spread like invasive species or wildfires start going around, life gets more dangerous for people who are othered in this way and that includes so many kids who have nothing at all to do with the side of the border they and their families find themselves on and we are telling these kids their parents are bad; we are making life dangerous for kids and kids deserve to feel protected by the country in which they live no matter what.

The conceptual framing of immigrant as other dominates discourse in such huge ways such that, if we had an equally powerful conceptualisation of the humanity of folks with an immigrant experience who just happen to find themselves for reasons that are so often deserving of the deepest empathy and understanding and appreciation, on one side of a border where there are certain laws within those borders that deprive them of rights, our entire discourse on immigration would transform, and when discourse on immigration transforms, discourse on so many other levels changes, too, and we come to find out that we are all so much better off, and the liberation of every one of us is really and truly intertwined.