Our friend S— M— stayed with us for a long weekend.  He’s been in exile from his home in the UK for over 10 months.  Trapped in Italy, where he was working when COVID-19 broke out, he’s been shuttling between short-term rentals and the homes of friends as restrictions wax and wane.  He was fortunate in that during his time with us we were able to dine out for lunch, so there was some semblance of culture and civility to be enjoyed.  Venice is beautiful with the tourists gone, to be honest.  Rarely is Piazza San Marco so empty, and the Canal Grande so beautifully devoid of traffic. 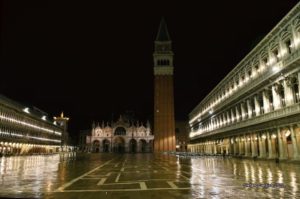 We had long discussions about the UK being the Sick Man of Europe.  Their excessively high rate of COVID-19 deaths is linked to their equally high obesity rates – almost American in scale.  He bemoaned their Prime Minister’s promise to “guide us to freedom” from lockdowns.  As he put it, Boris couldn’t guide a herd of fatties into an all-you-can-eat buffet.

My observation was that, when their current queen was born, the British had an empire.  Now they can’t even win the Eurovision Song Contest.  Add to this their Brexit Regret (Brexitgret?).  It’s been in the news recently that actors like Ian McKellen and other pro-Brexit celebrities have realized that the new work visa requirements will make it more difficult for them to perform or make films on the continent.  So now they are arguing that they should be exempt from the very programs they so vocally supported!

I had a Brexit-related incident of my own a few weeks ago.  Another dear friend who often visited us from the UK for Christmas and New Year was unable to (obviously) this year.  On December 27th I placed an order for some Venetian baked goods from their favorite panificio to be delivered as a holiday treat.  Pre-Brexit, the transaction took about 48 hours before the goodies were in their hands.  No longer.  It took 16 (count ’em) emails, 4 phone calls, and a raft of paperwork to get some pastry sent to England.  Instead of 2 days, it took 5 weeks!  The experience has now put the UK on the “Do Not Ship” list for the baker, and I cannot say that I blame him!

Oh dear Lord!  England used to be the epitome of common sense, at least I thought so.  Obviously our Boris (& predecessors) have managed to reverse the trend …😣