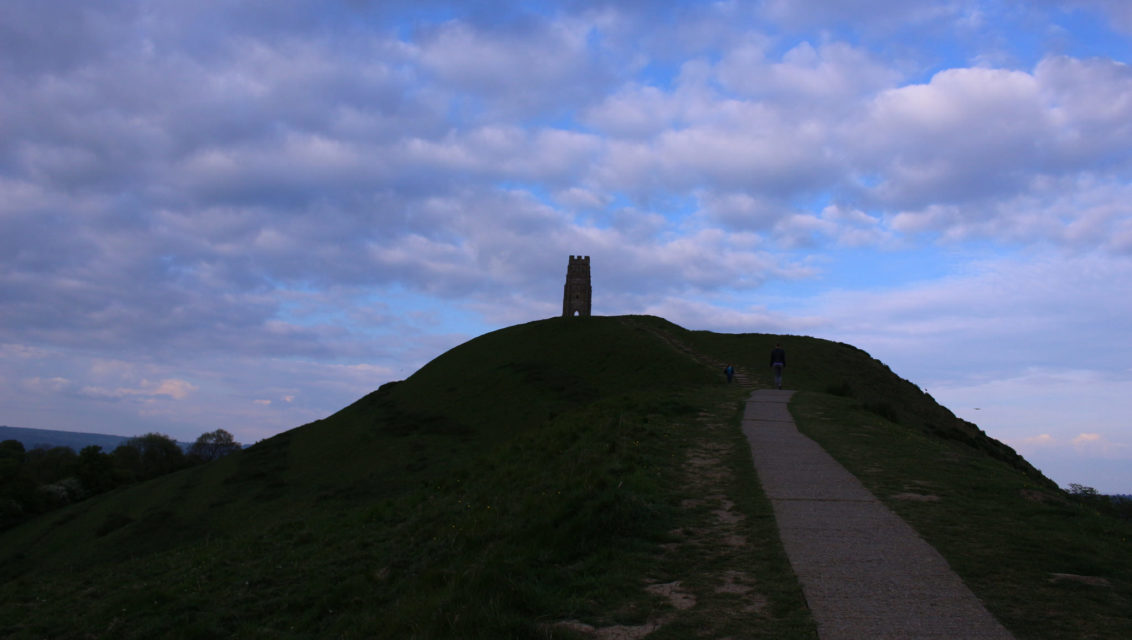 Onward to the Glastonbury Tor! The Tor is just amazing. In the early 1100s there was a chapel there, which was destroyed by an earthquake in 1275, then was rebuilt in the early 1300s. The tower is all that’s left. The Tor, which is the hill itself, is terraced, and the terracing may be the remains of a huge neolithic labyrinth. At one time it was surrounded by water, but was drained back in the 1600s. There’s also -of course!- a strong connection with King Arthur, as it’s traditionally considered the site of Avalon. And it’s where the last abbot of Glastonbury Abbey, Richard Whiting, was gruesomely executed for treason in 1539 after Henry VIII’s Dissolution of the Monasteries. (Hanged, drawn, quartered)

Since we’d had so little luck being able to figure out how to get up to the Tor by the town path on Monday, we just parked in the same place we did in 2010 – at the Draper of Glastonbury’s factory shop on the outskirts of town.  Oddly I don’t think we had to pay to park there this time – last time they charged a couple of pounds, but I think maybe they were closed by the time we got there, as it was getting kind of late in the day. I don’t remember! It was a year ago!! 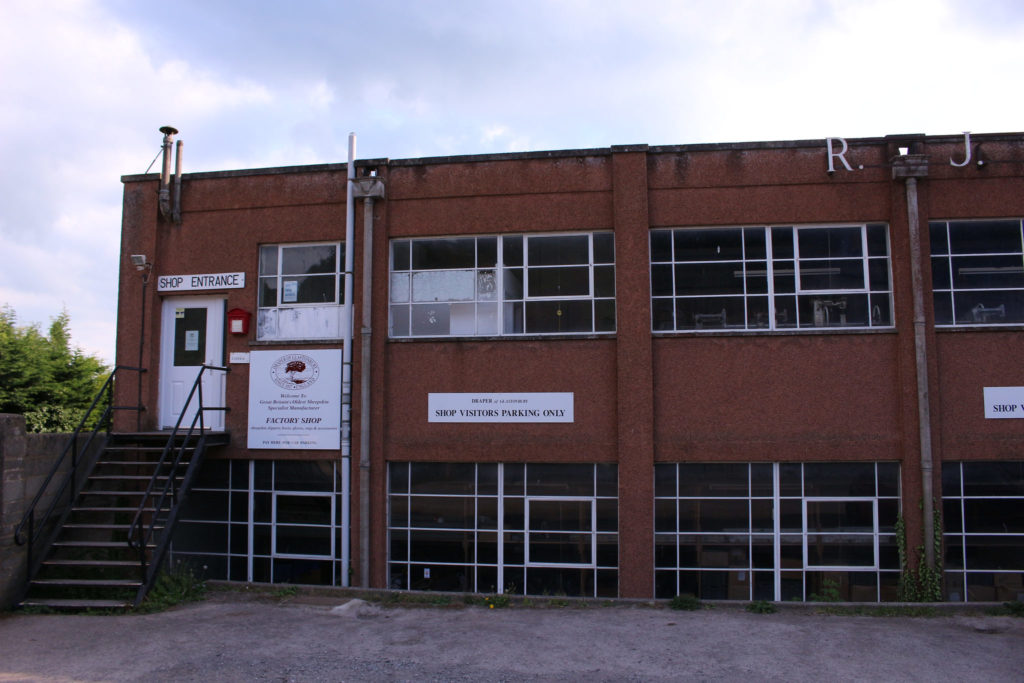 I love this building – 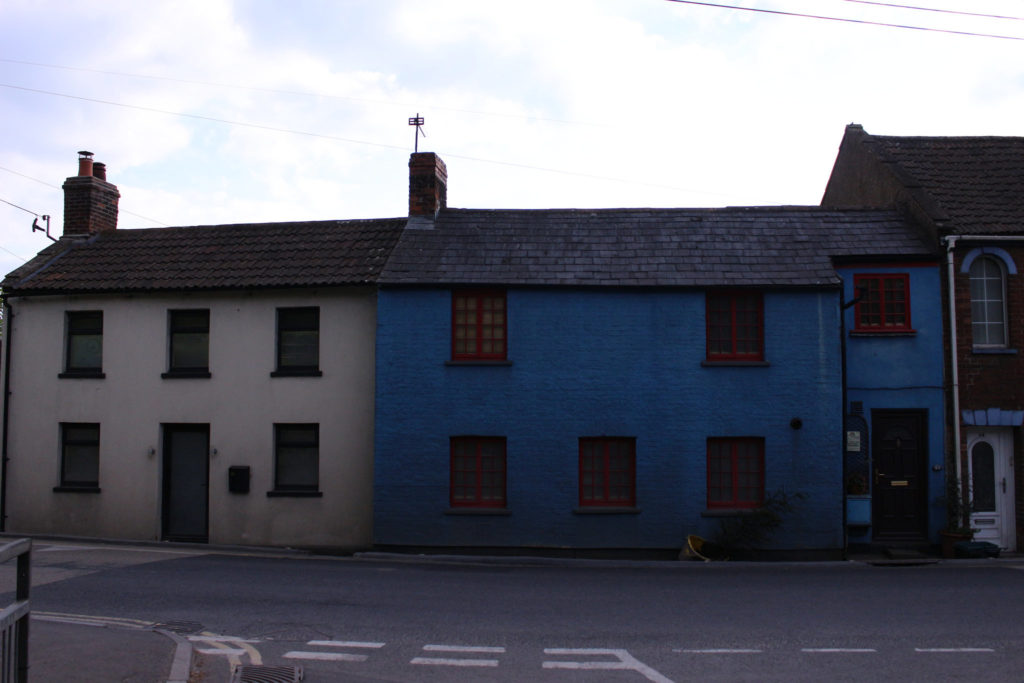 The start of the trail to the tower. It’s a little weird that although the tower is on the very top of the hill.. there are spots where it looks way off to one side. 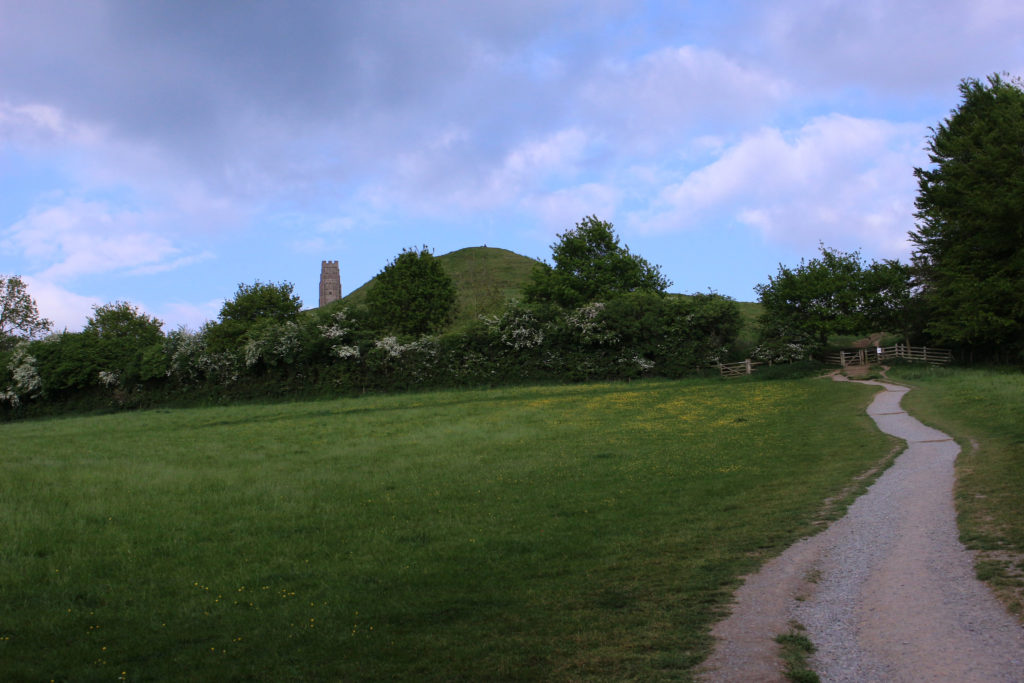 It’s a serious hike up to the top. Kim had to take it a lot slower, shaman-healed knee or not, so I zipped off ahead of her. Well, I trudged off ahead of her. It seemed a lot more strenuous this time than it did the first time, and that is NOT because I was seven years younger the first time. I remember then being really surprised that it wasn’t worse, because it does look awful. 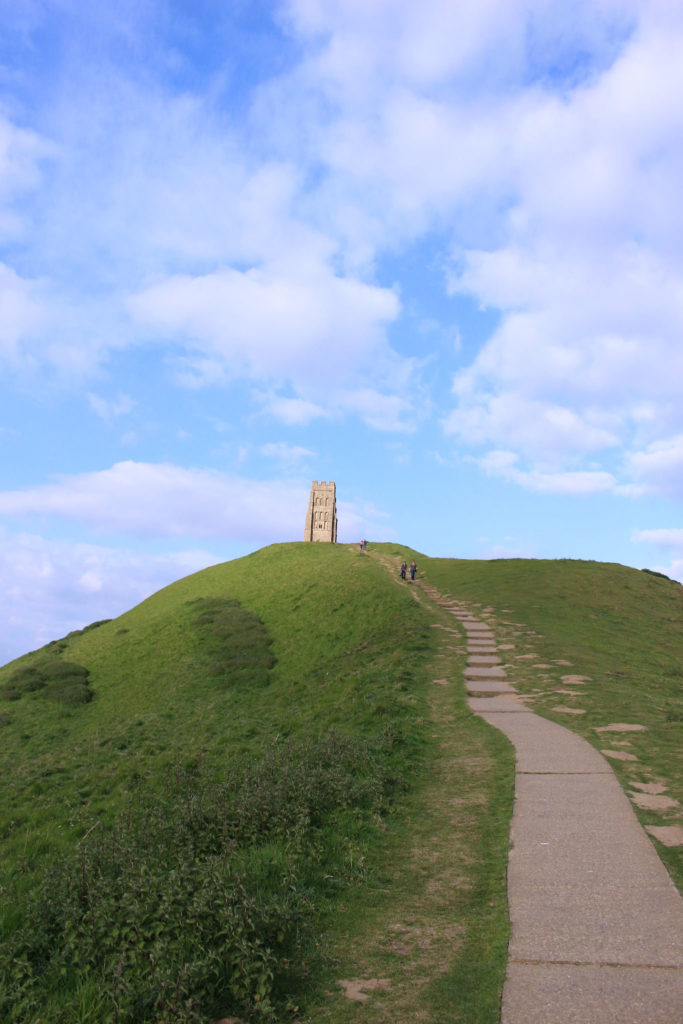 The views make it easy to forget what a climb it is, though! 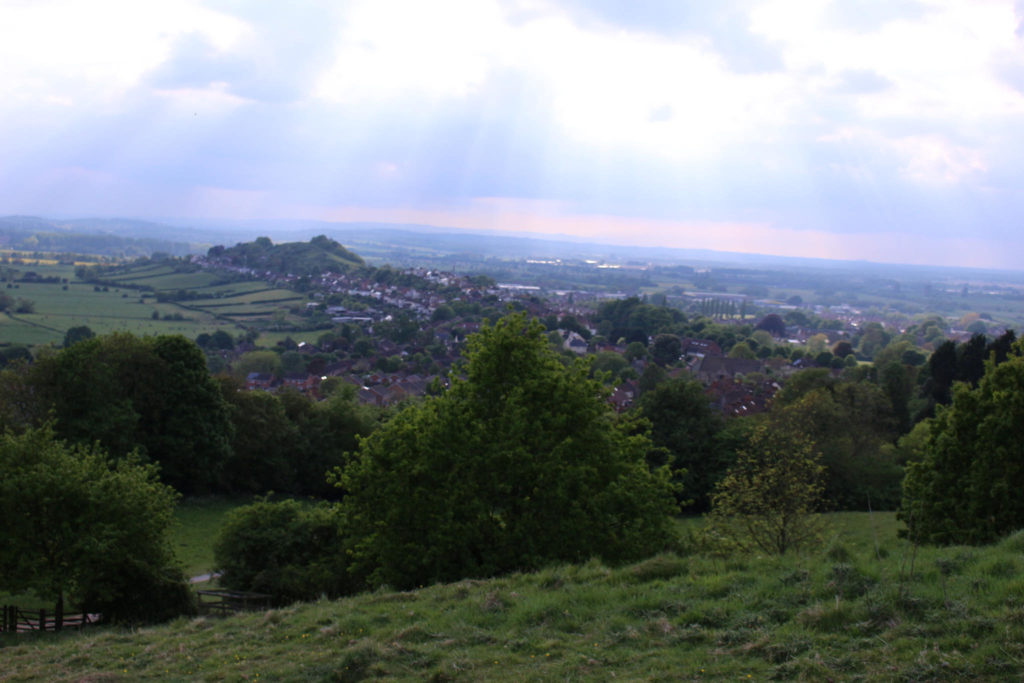 And the skies were impressively dramatic over Glastonbury: 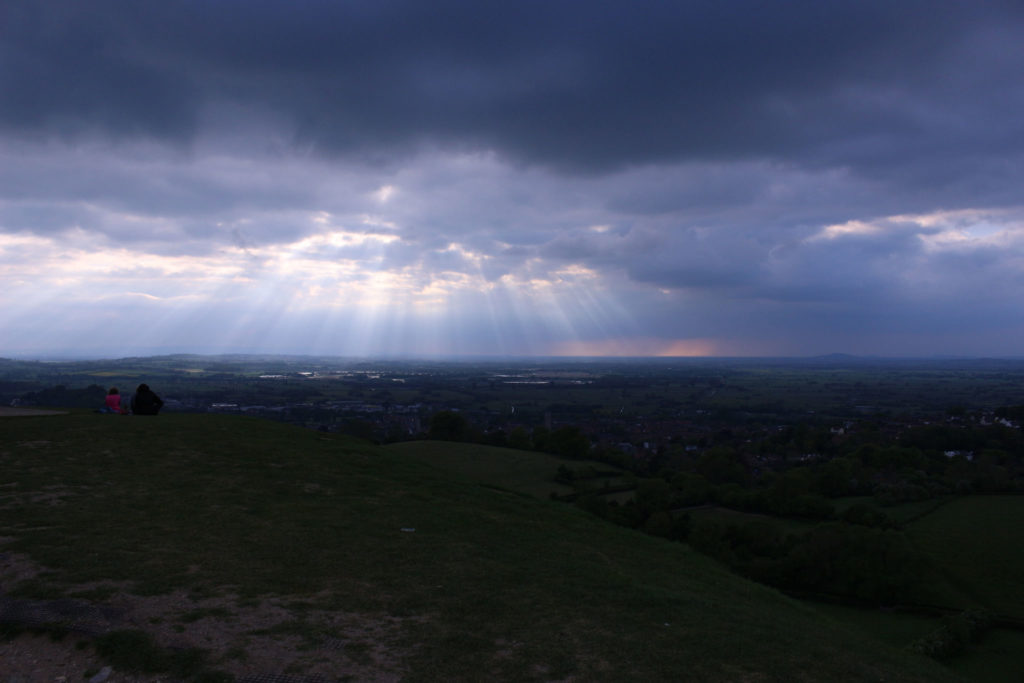 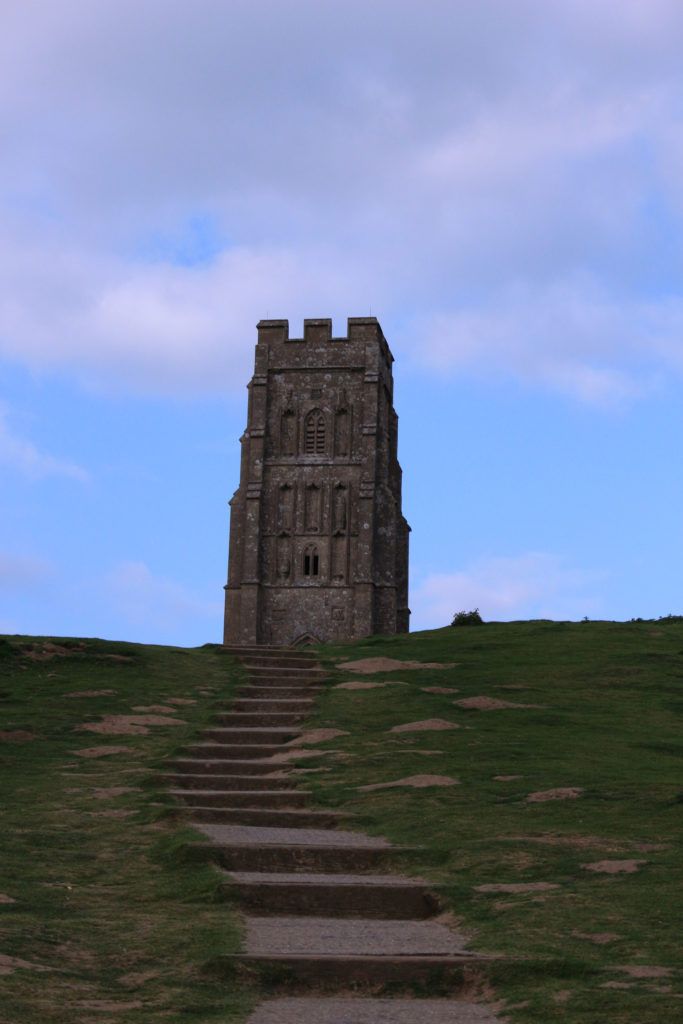 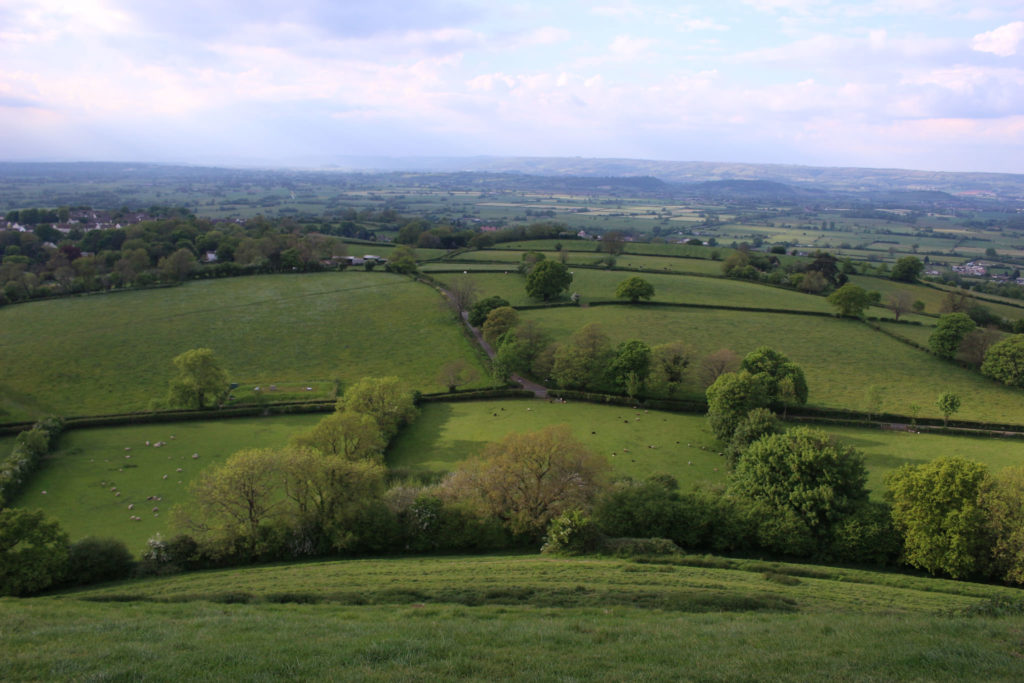 There were a bunch of people there, kind of annoyingly. A zillion little kids, who looked like scouts. They left not too long after we arrived, and it got much quieter and more peaceful. 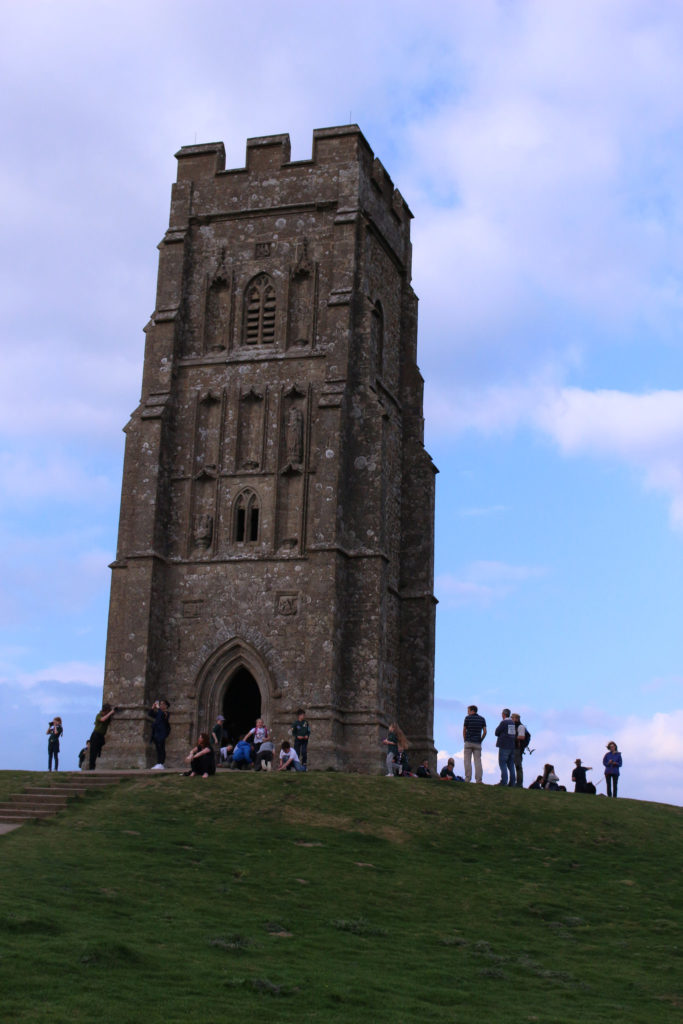 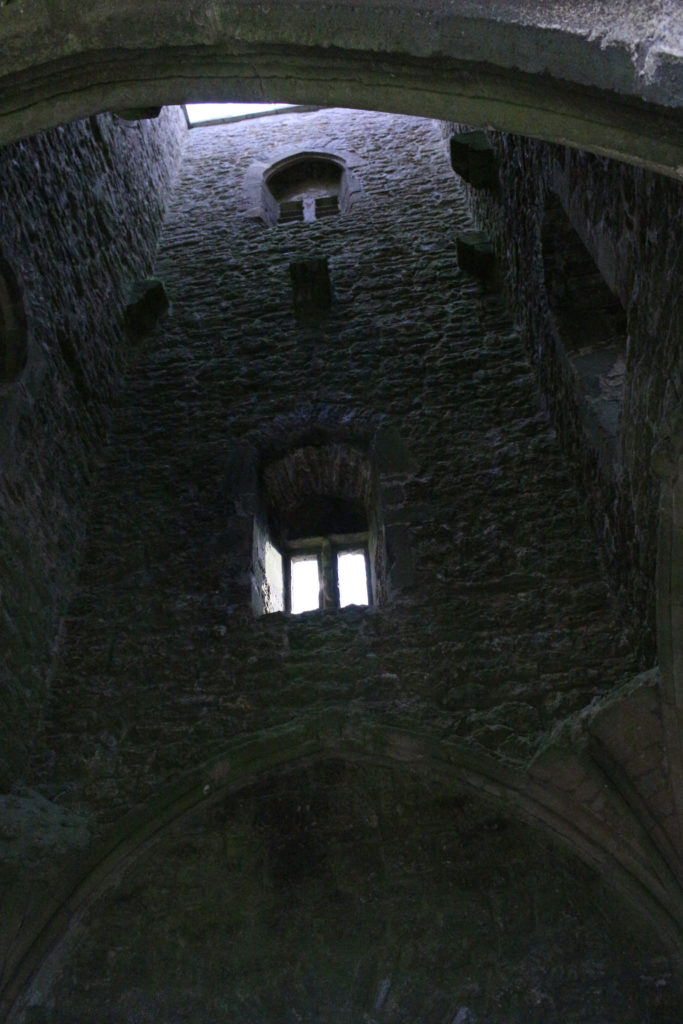 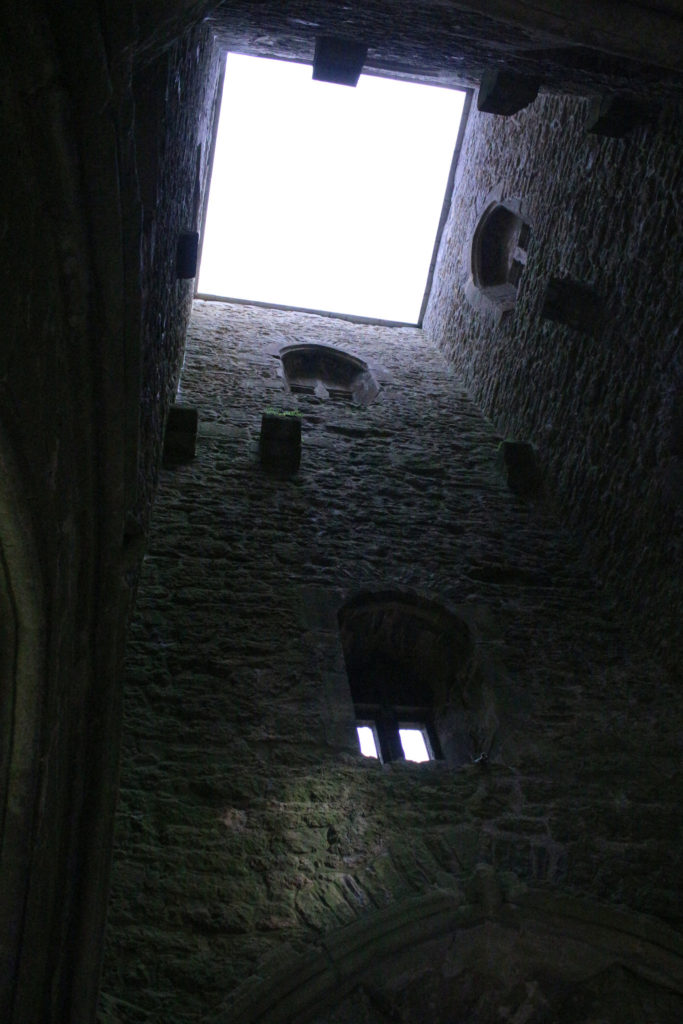 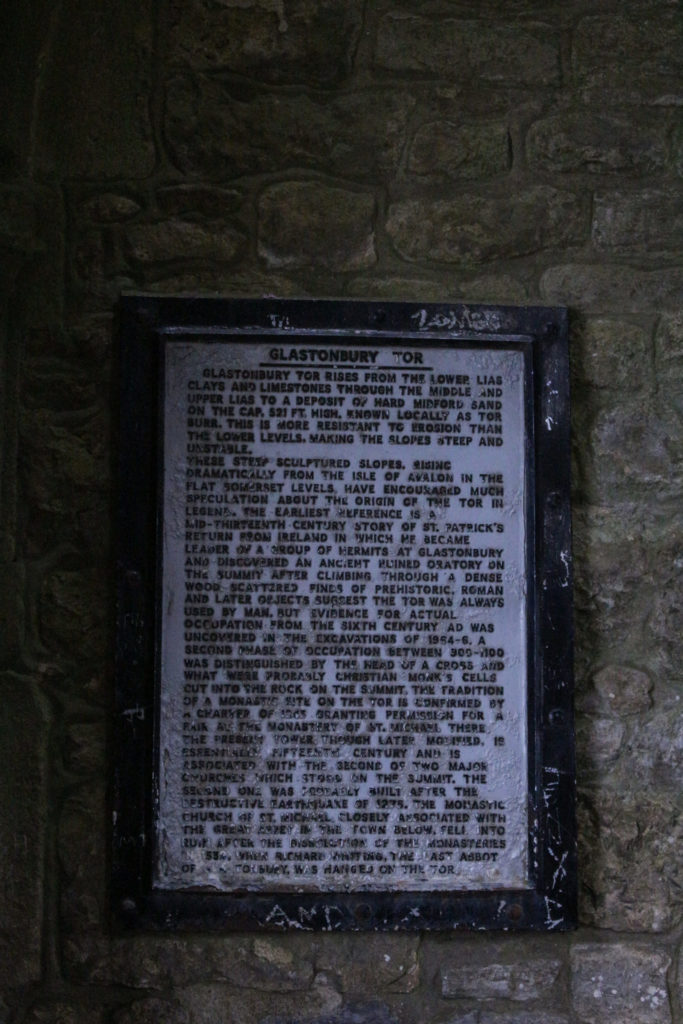 And the ornate outside: 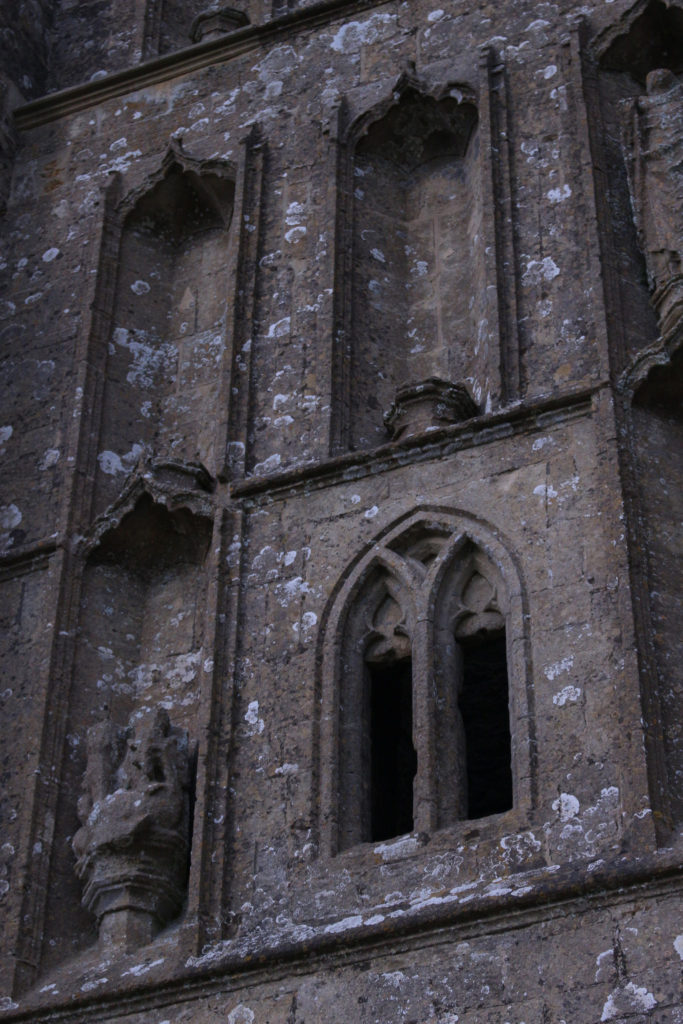 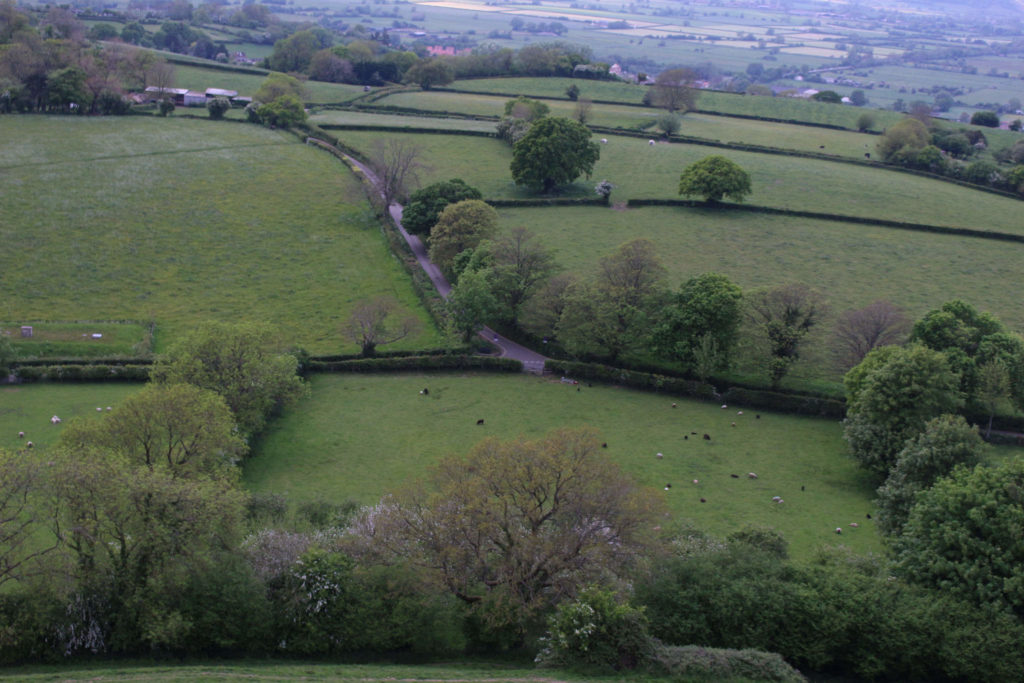 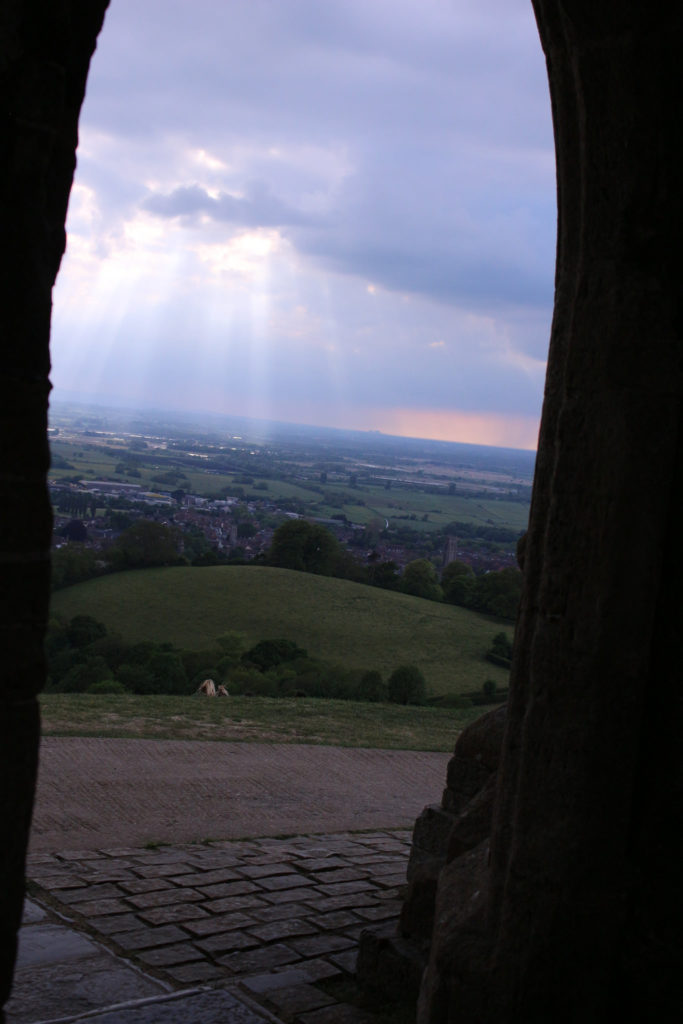 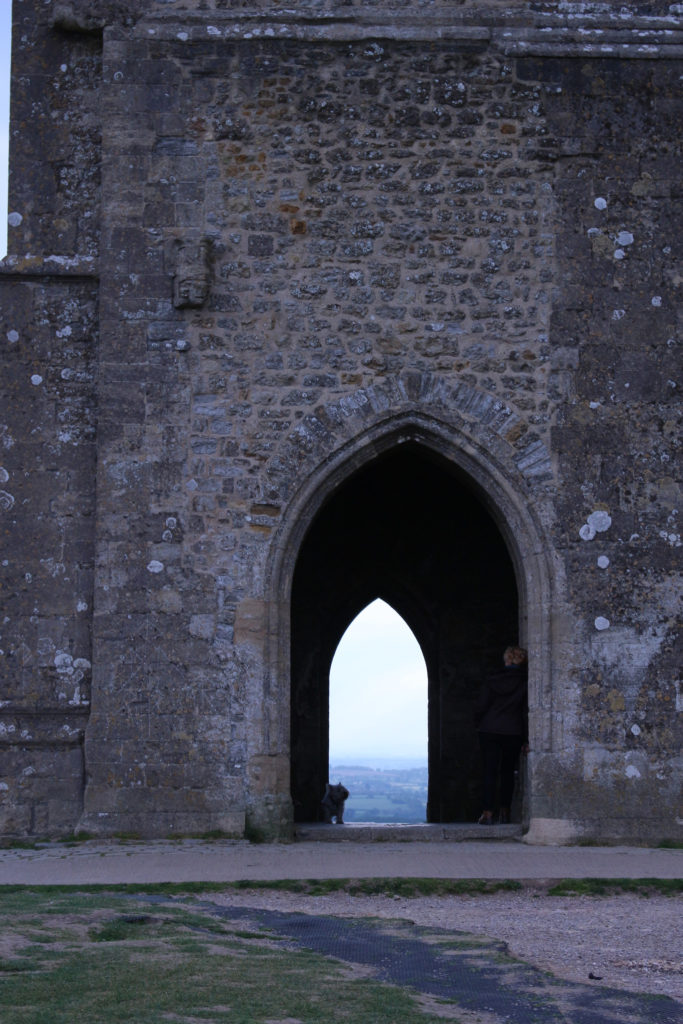 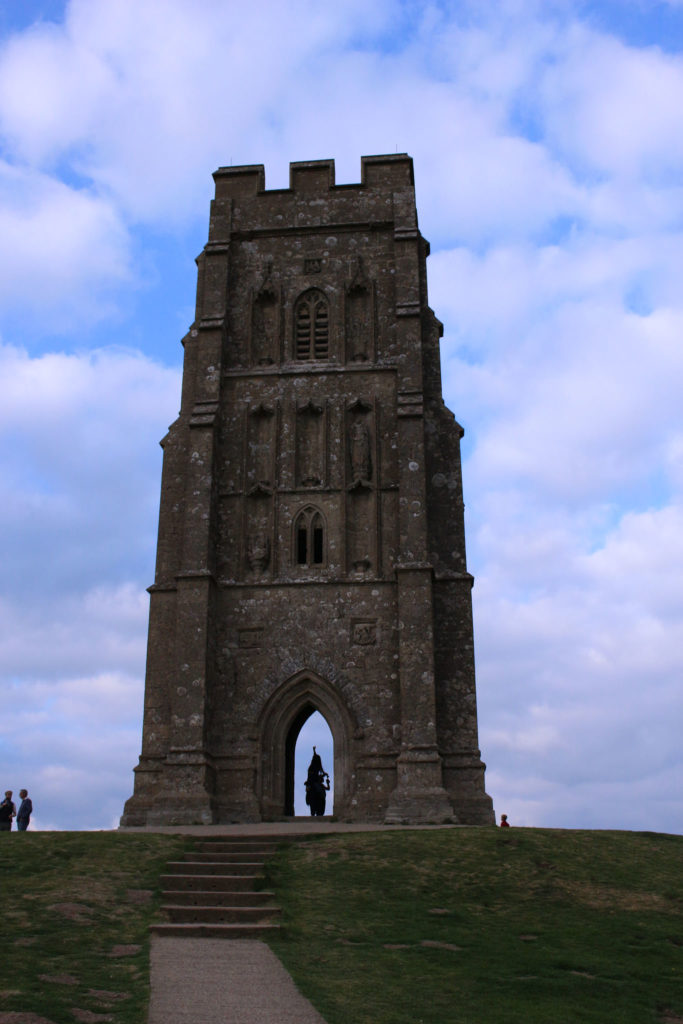 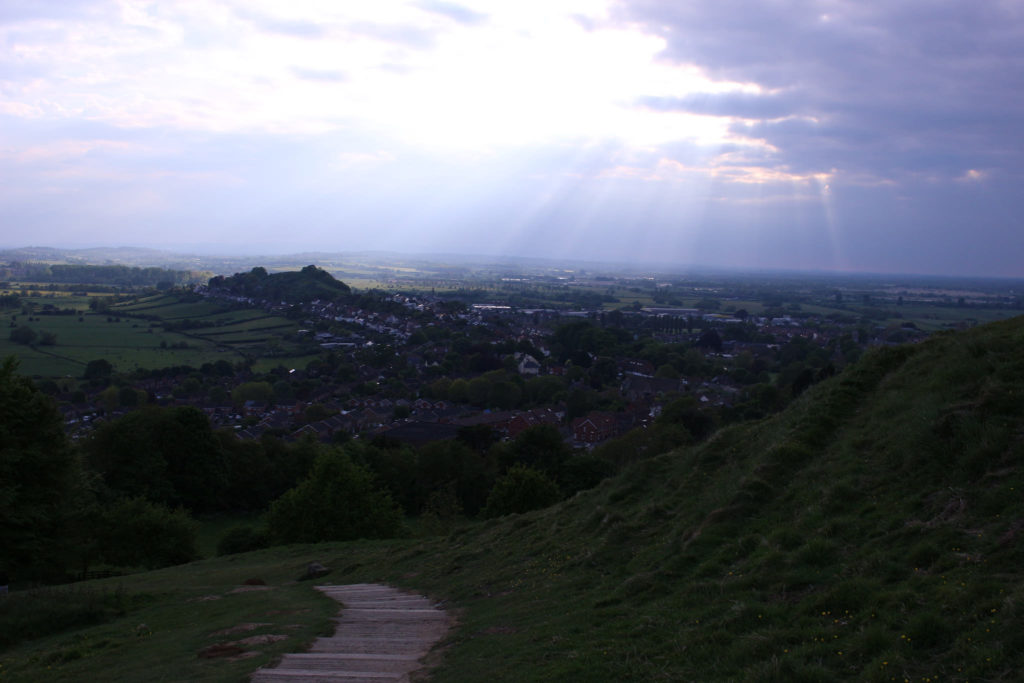 I could have stayed here for hours, but at last we started back down. 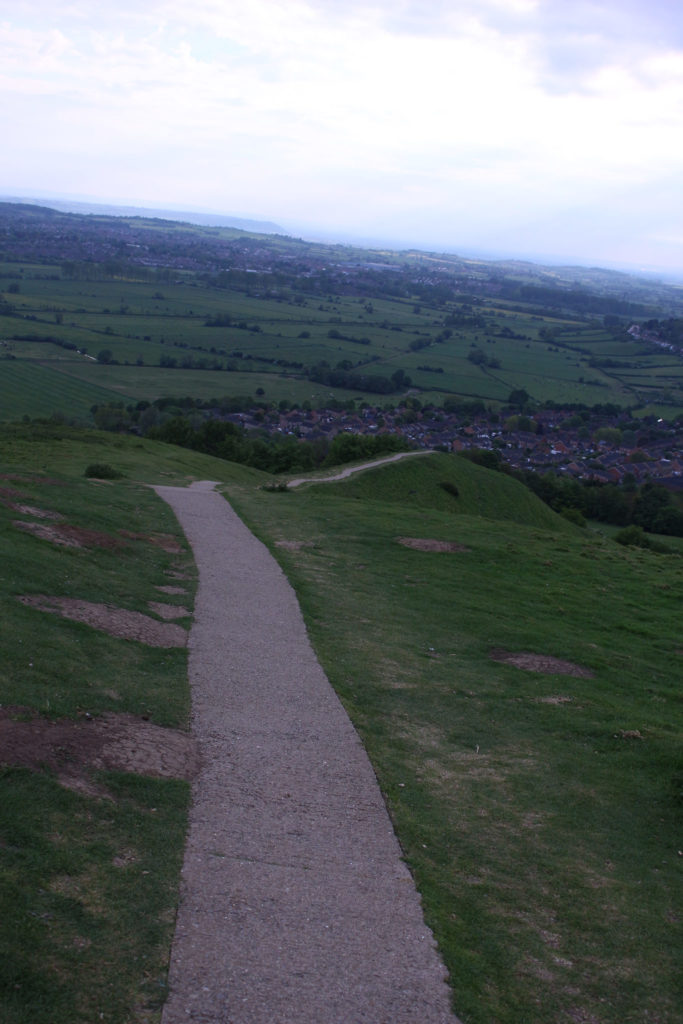 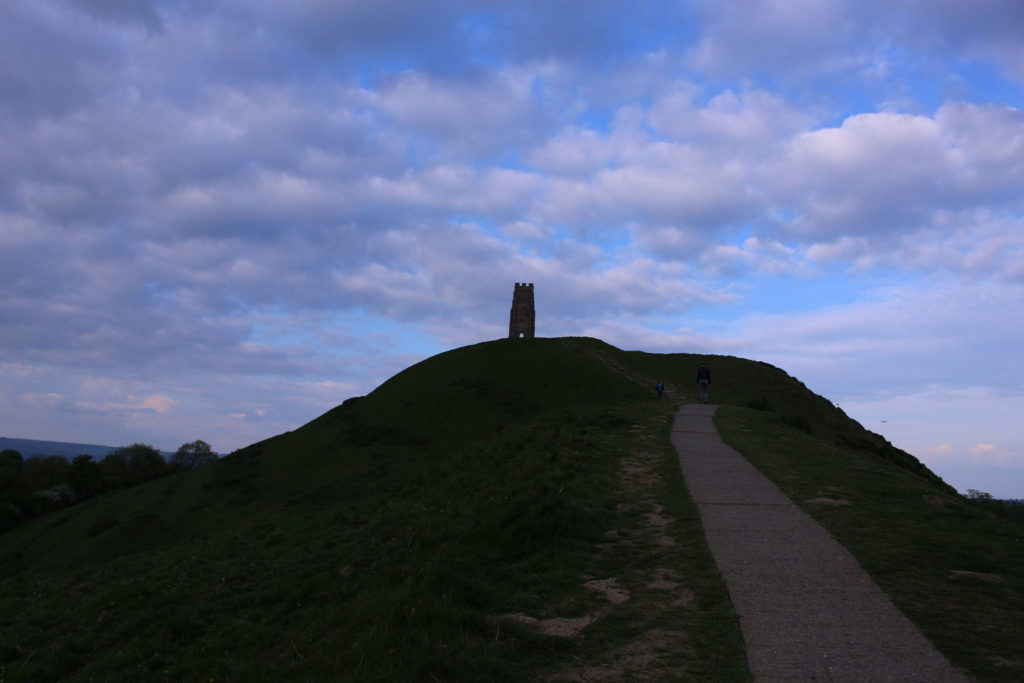 I have no idea who this guy is, but clearly he’s from the past: 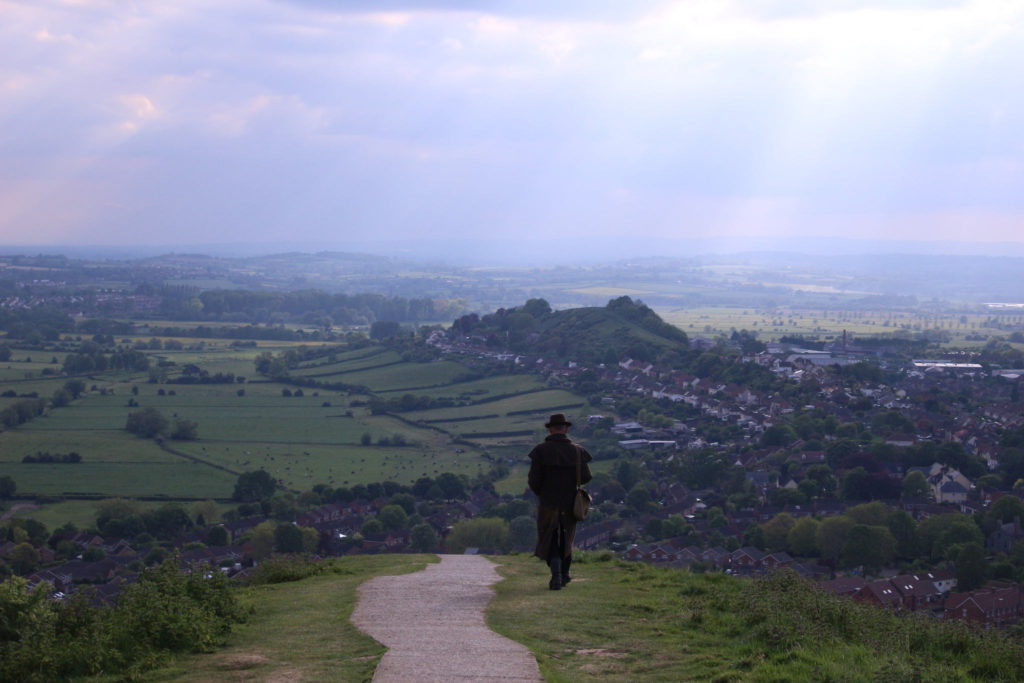 The gate  in and out. 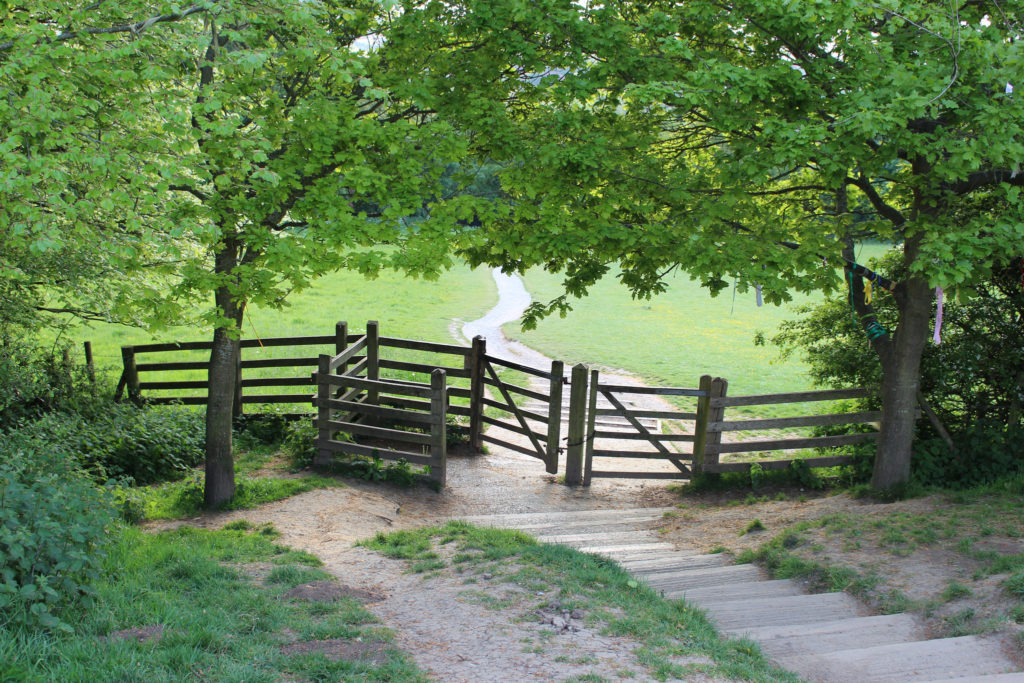 Oh man. I would need a big brawny Handsome man to carry me up those steps!

@byfaithalone LOL!!! I didn’t see any of those, unfortunately. Just boy scouts!