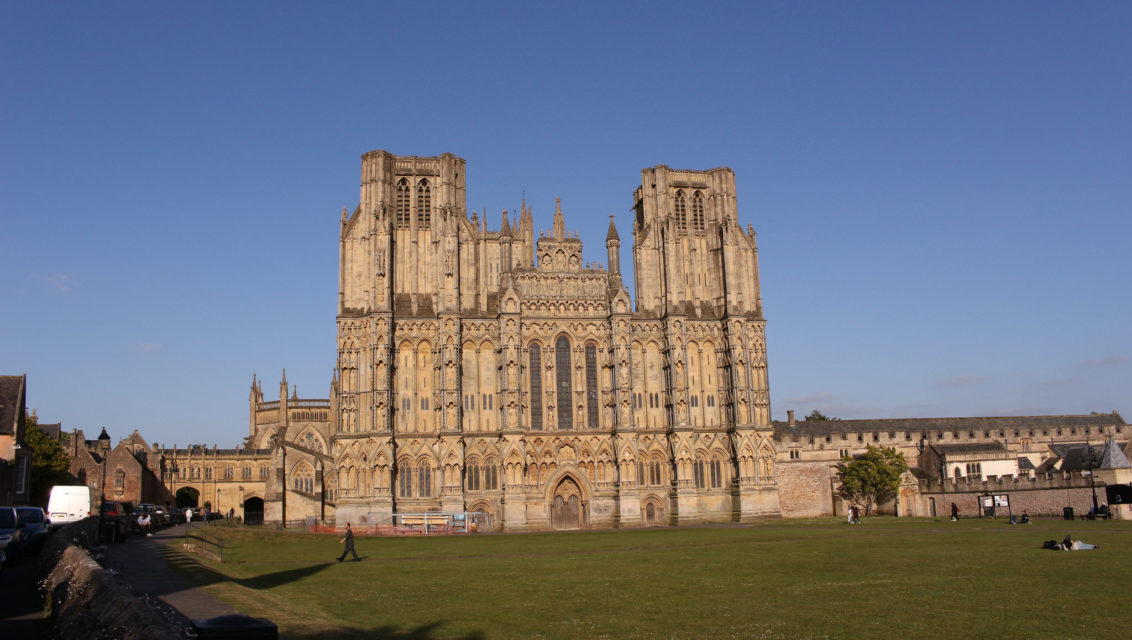 This will be mostly pictures, since we didn’t spend much time in the very pretty and very tiny town of Wells . Wells is the smallest city in England, with the exception of the City of London, which is technically a separate entity from London despite being right smack in the middle of it. Tiny Wells has been a city since medieval times, thanks to its MASSIVE cathedral. I actually thought the Wells Cathedral was the biggest one in England and maybe even Europe, but am not sure why I thought that – I could have sworn I read it in one of the zillion travel guides I devoured before the trip (which all emphatically tell you that YOU HAVE TO GO TO WELLS!!).  In Reality World, it’s moderately sized  among the medieval cathedrals in England, and is not as big as the ones in York and Lincoln. It certainly looks like the biggest cathedral ever to me, though!

Wells is between Glastonbury and Peasedown St. John, so was a very easy side trip. We stopped on our way back from Glastonbury on Monday, May 8 (2017!!!). We were hungry, of course, and ended up getting dessert and cappuccinos at at little Italian cafe right on the town square (split chocolate torte and raspberry sorbet and tiramisu). Which tided us over till we stopped for dinner in Radstock, at Castellos –  another Italian place, and the rare not-a-pub meal. It was excellent, too – veggie pasta with a red sauce, and a glass of Merlot. 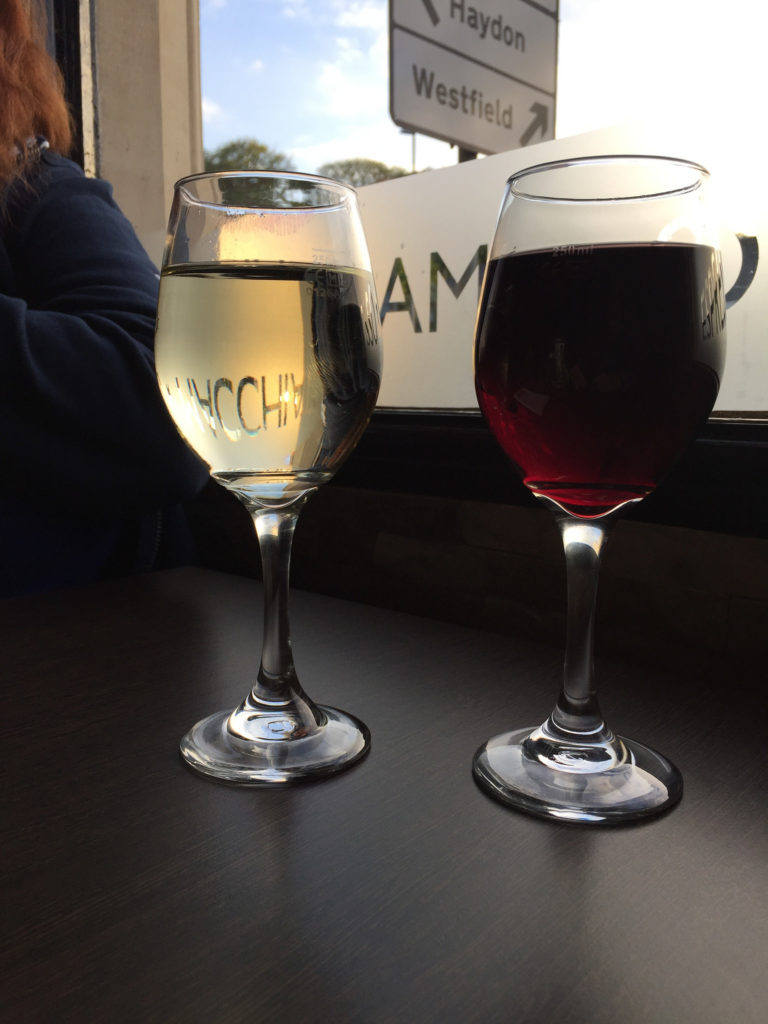 Okay, back to the point. Wells was really pretty, and would be fun to spend more time in. Especially since all we did was eat dessert and drink cappuccino and walk around. 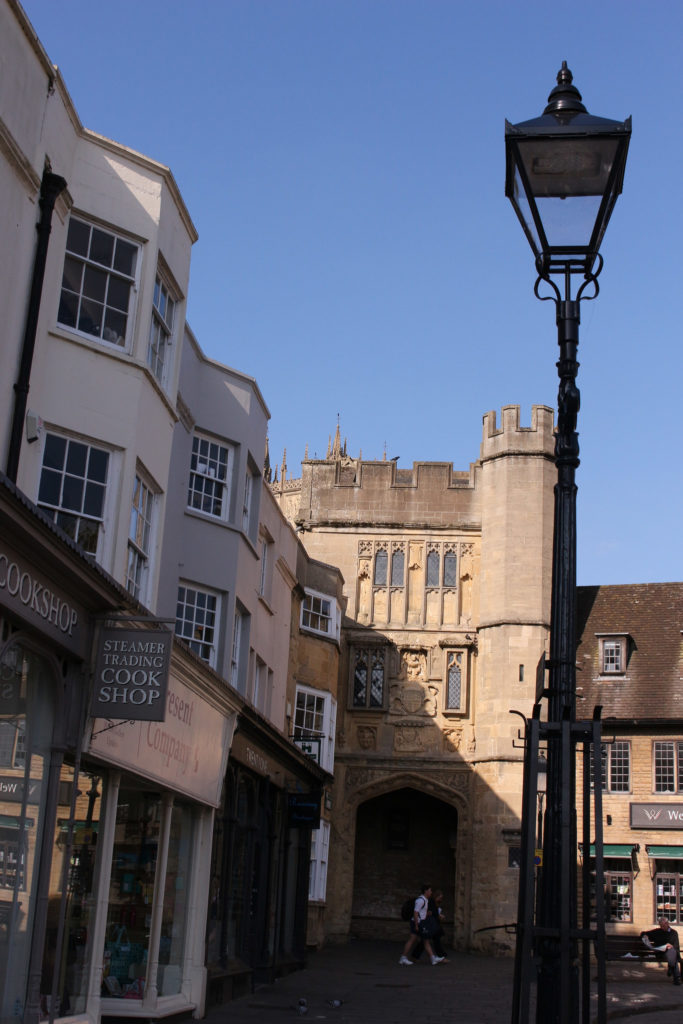 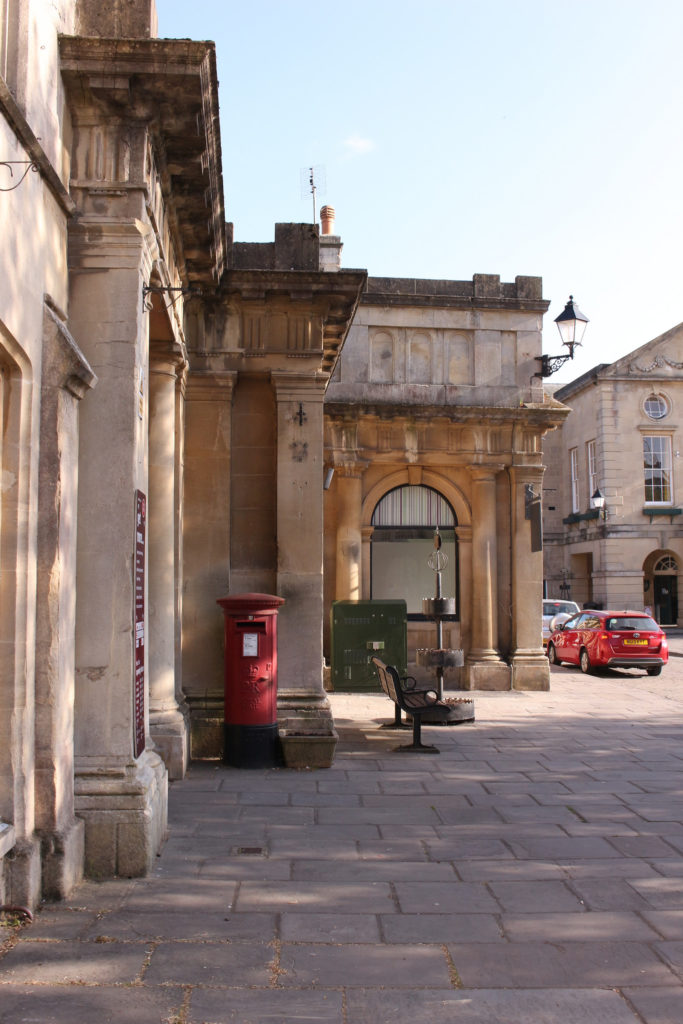 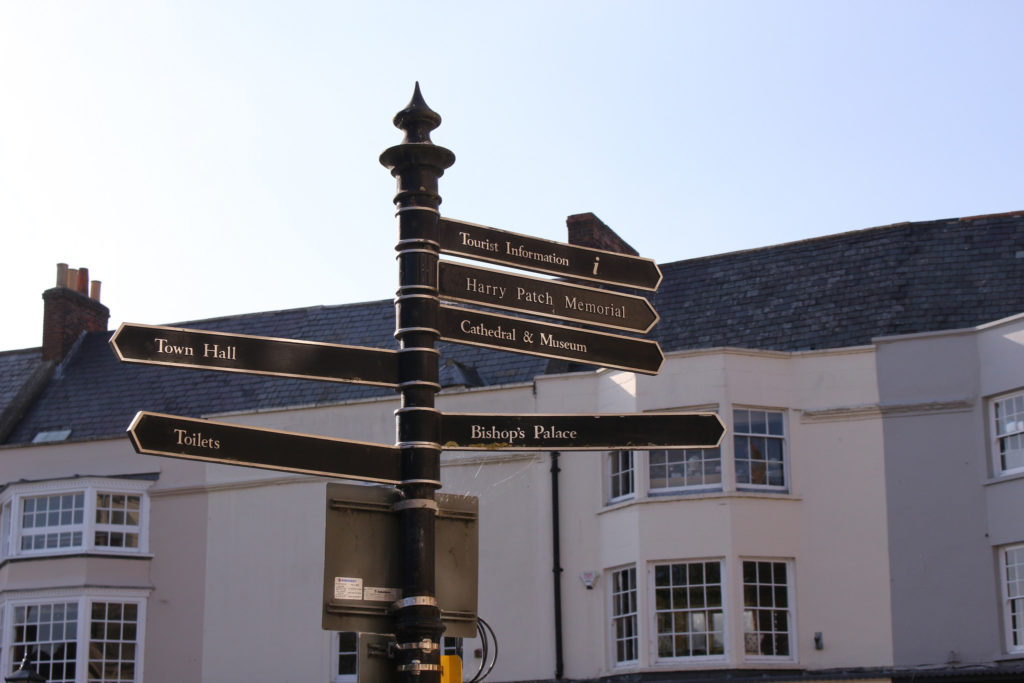 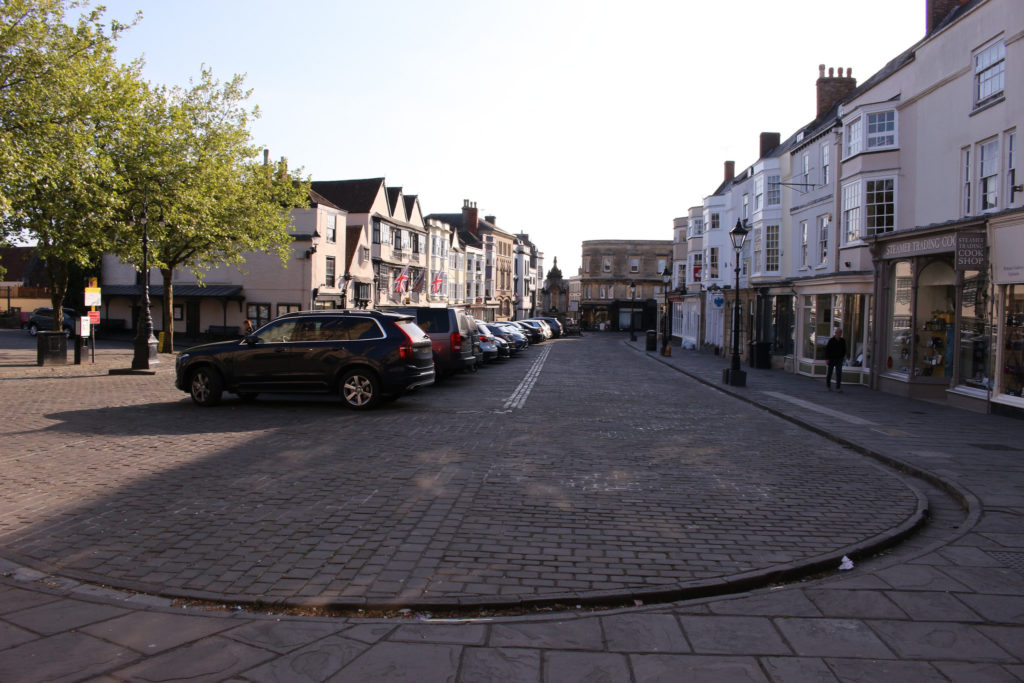 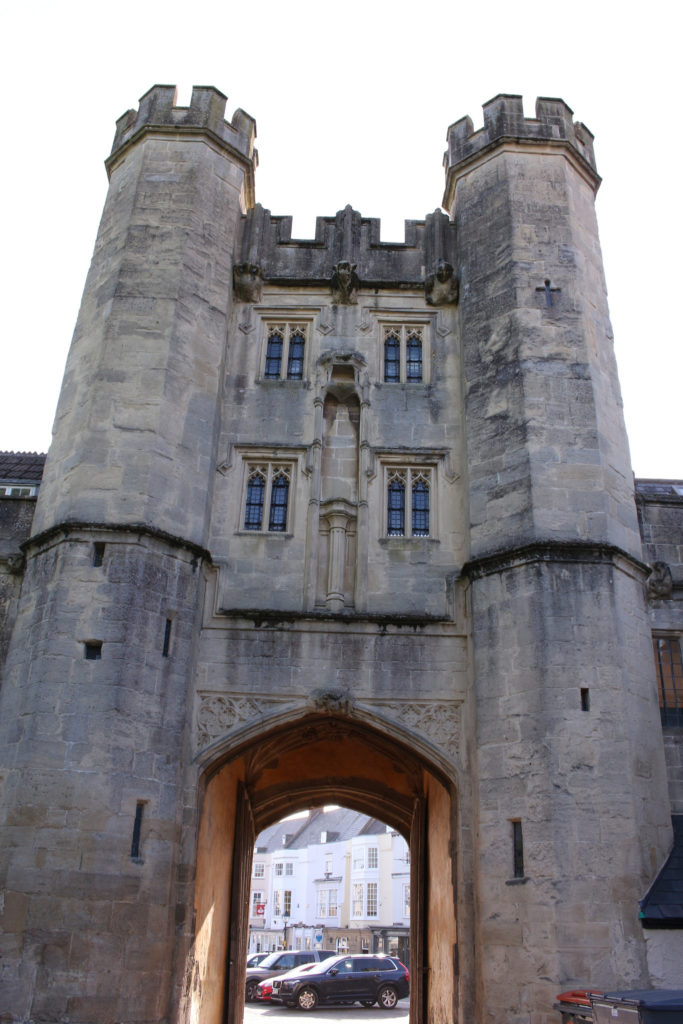 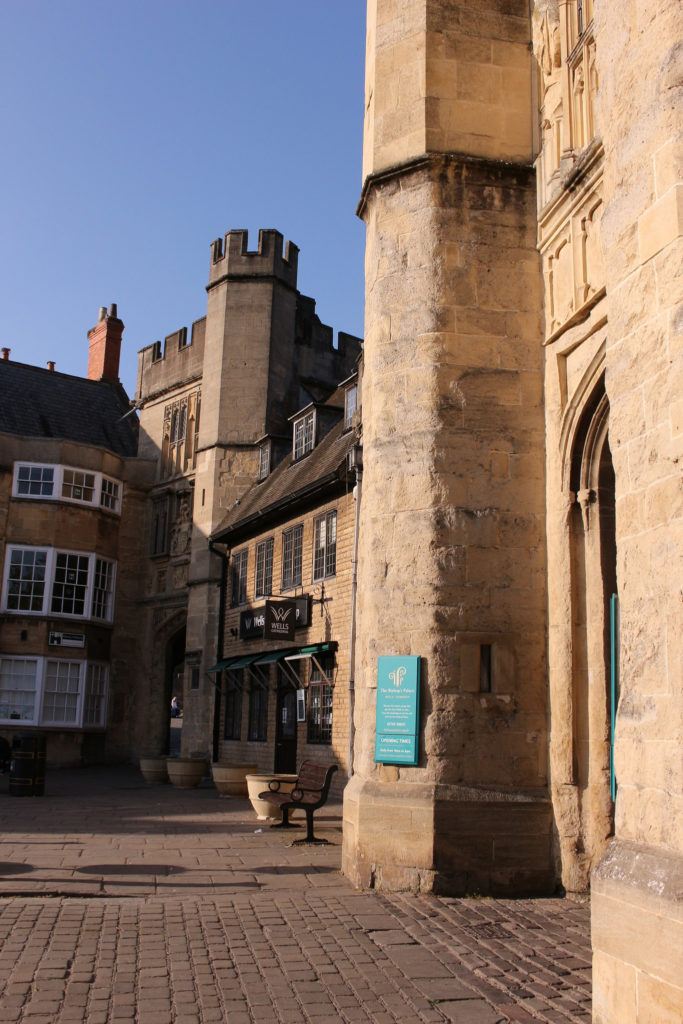 And… the massive – or what certainly looks massive to me – cathedral! Its architecture is entirely Gothic, and I see that it IS the first truly Gothic structure in Europe, so maybe that’s where I got the idea it was the largest. It was built between 1175 and 1490. 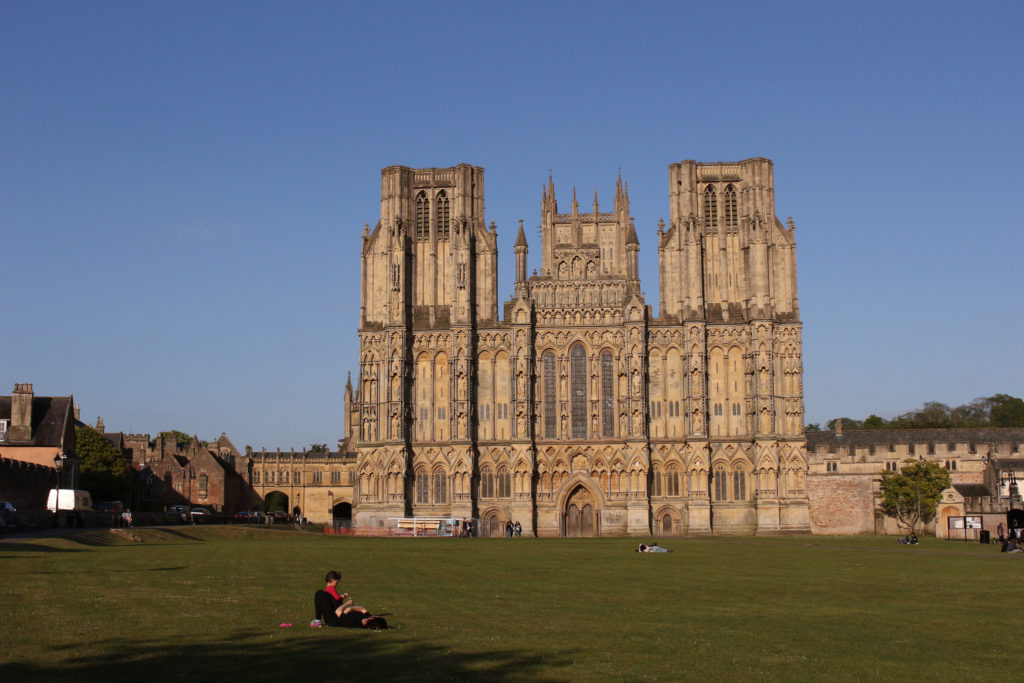 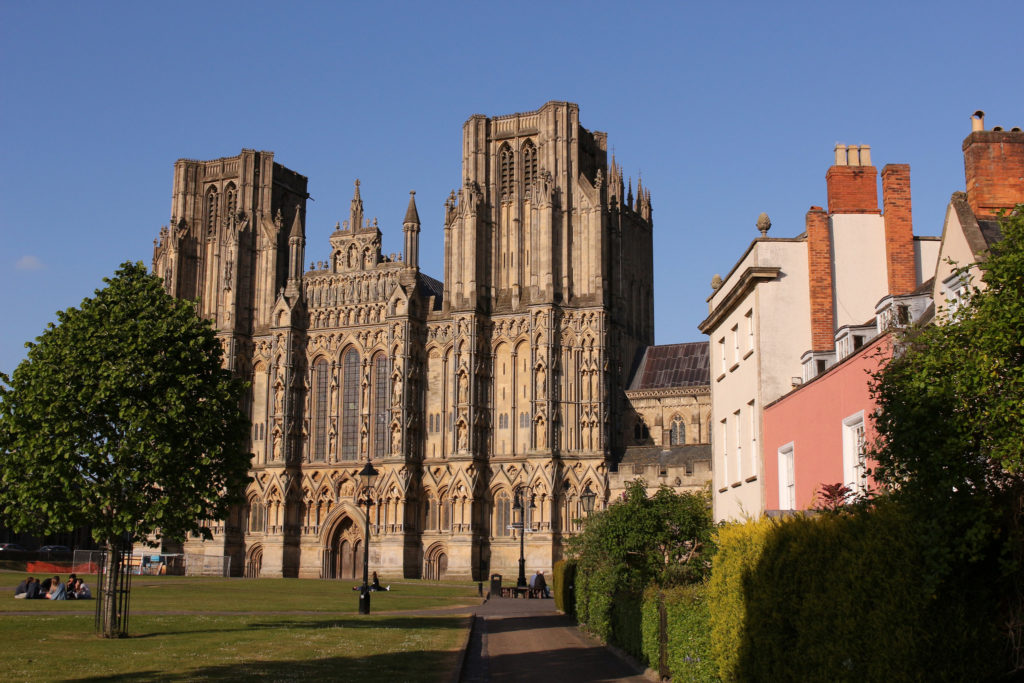 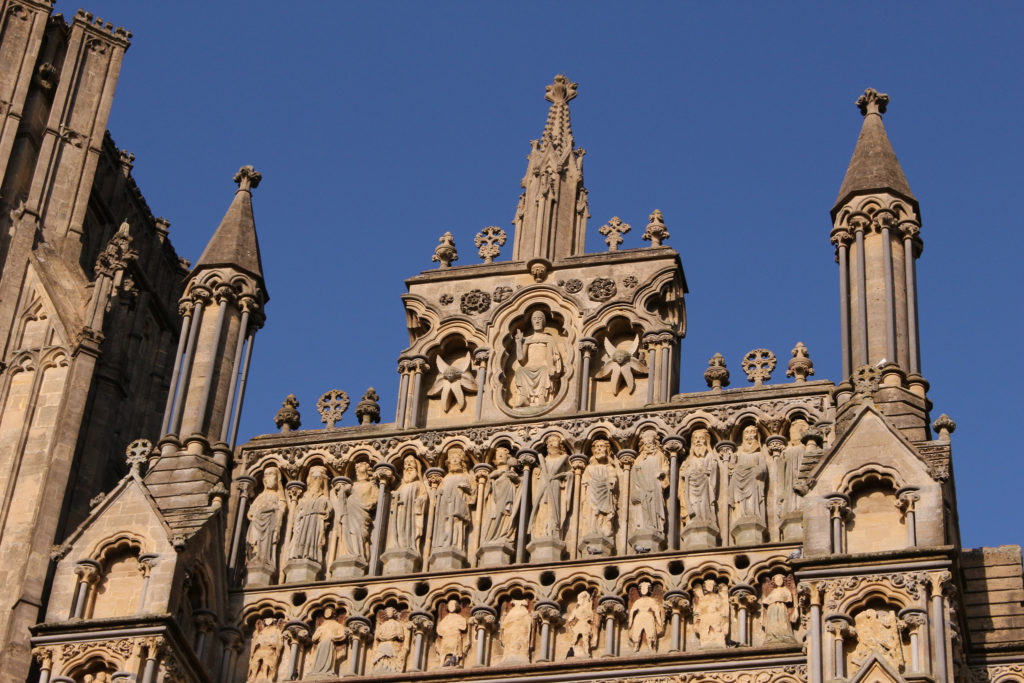 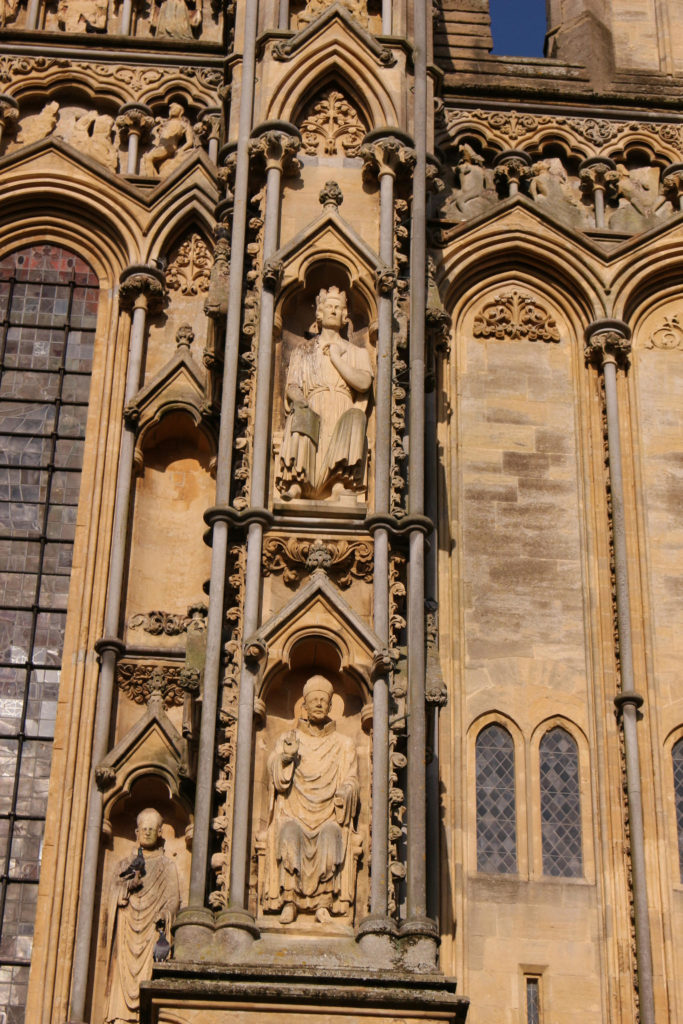 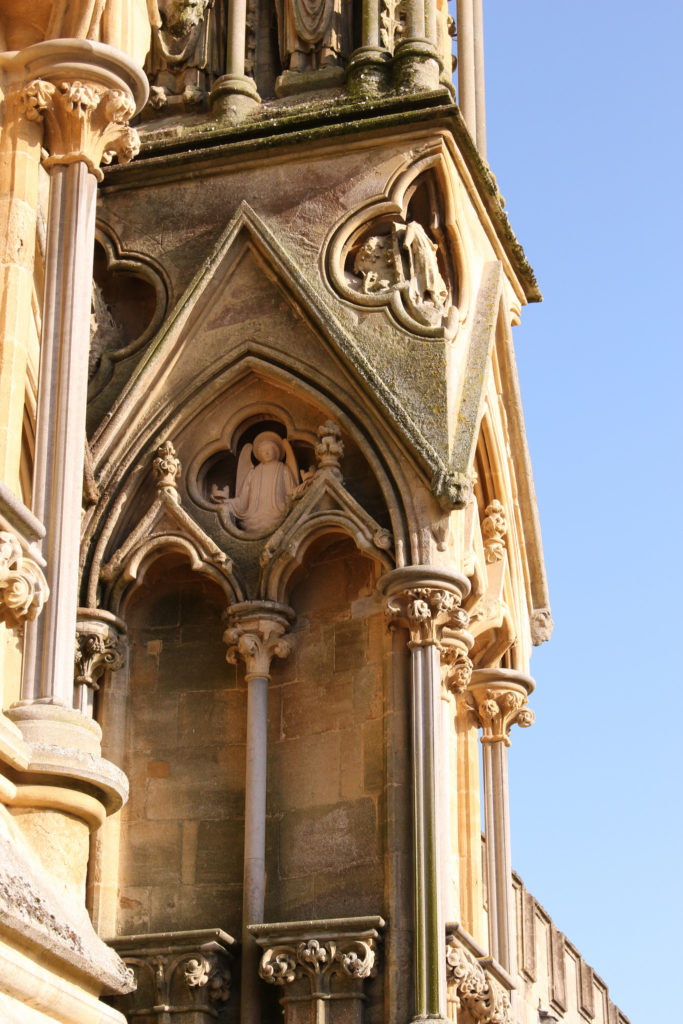 I would love to tour the inside. We stepped in for a minute, but despite there being no charge for admittance, they requested a 6 pound donation to go further. Which seems awfully specific for a no-charge admission, and was also a LOT- like $8!! But I can’t imagine how much it costs them to run a cathedral like that. If we’d had more time it would have been worth it. We didn’t have that much time. So we looked around from the entrance way and then went back out.

It is really gorgeous- 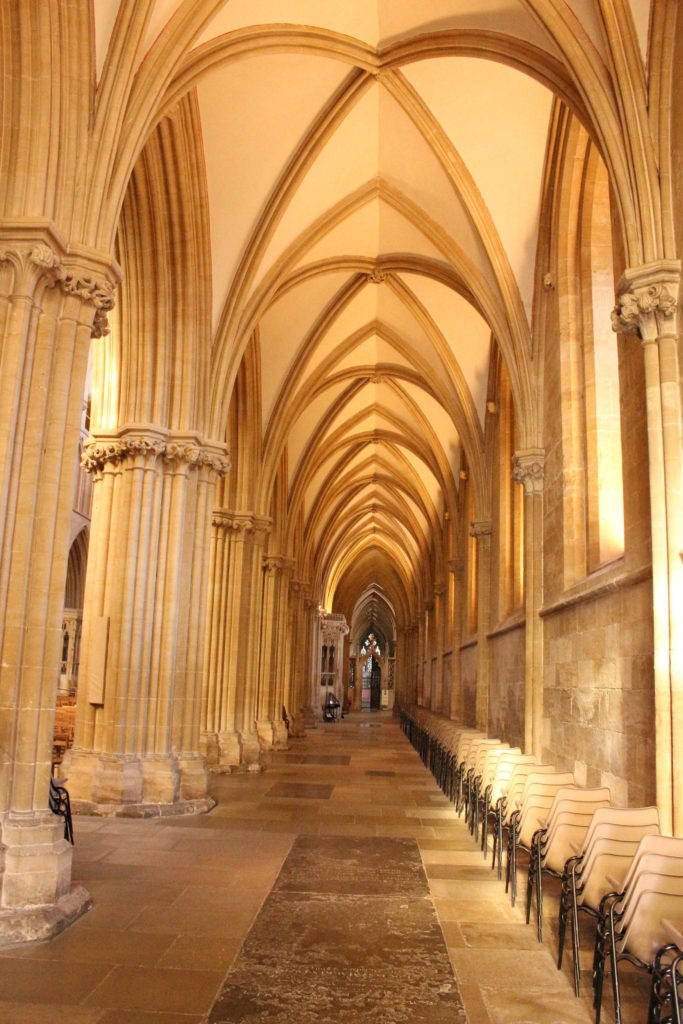 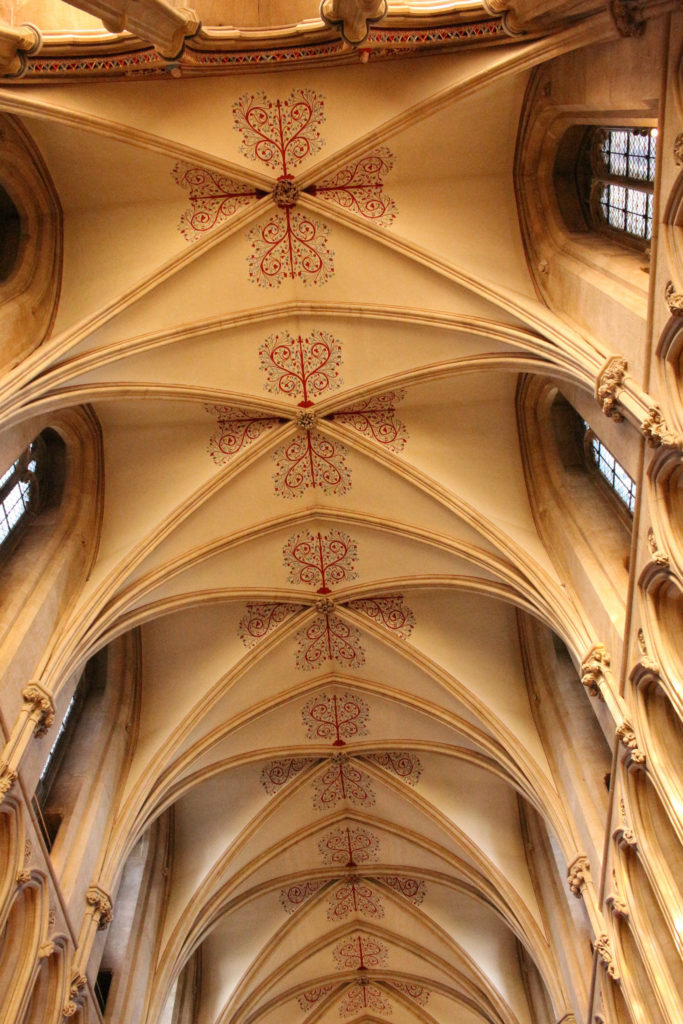 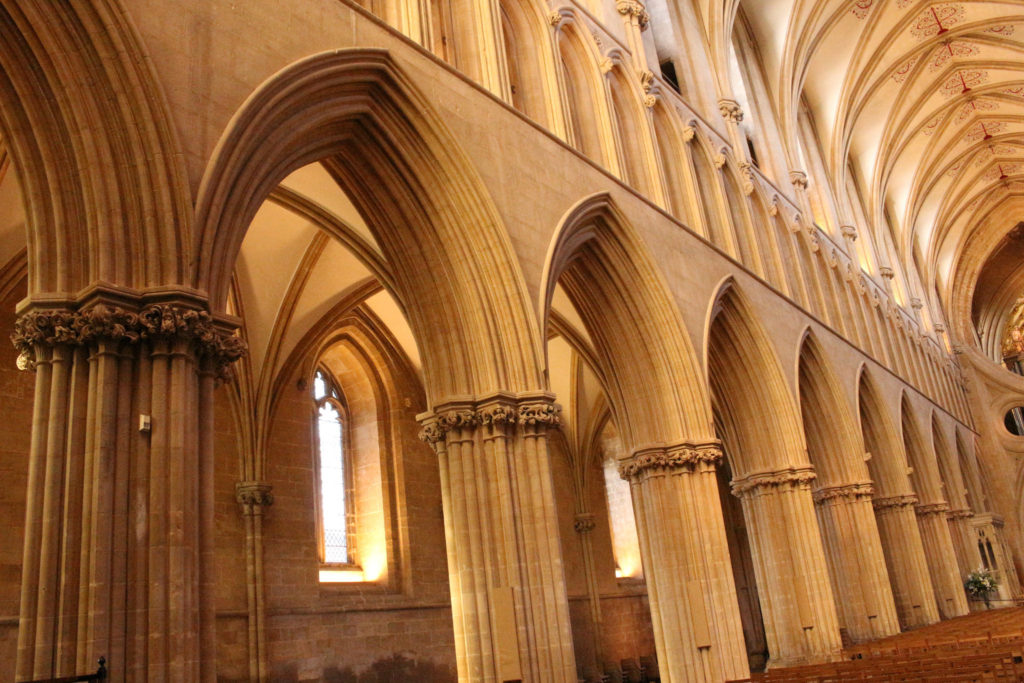 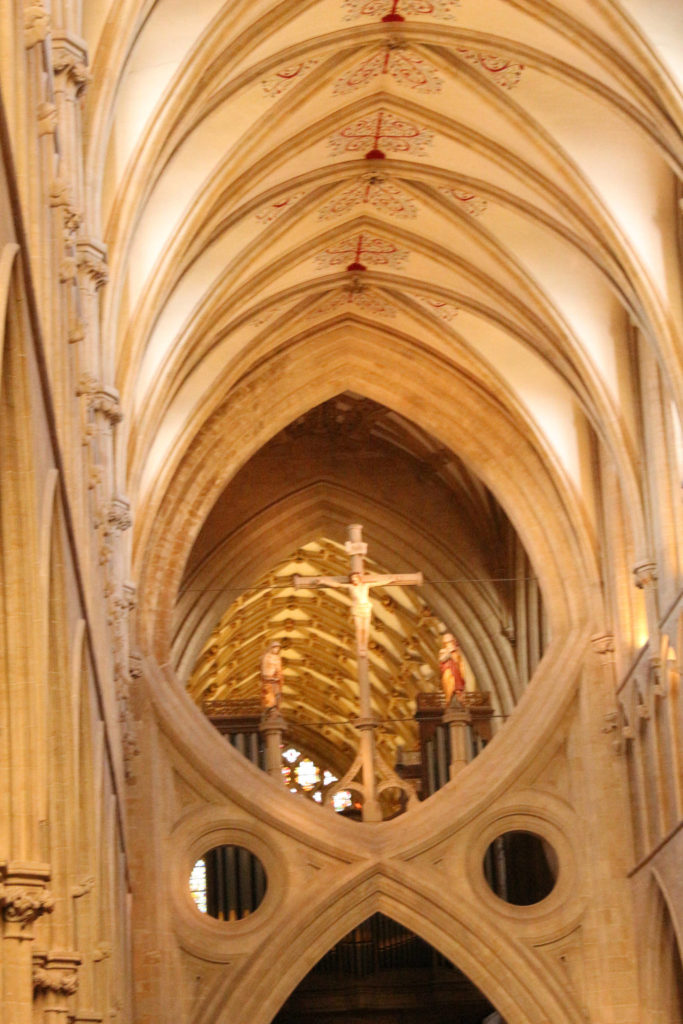 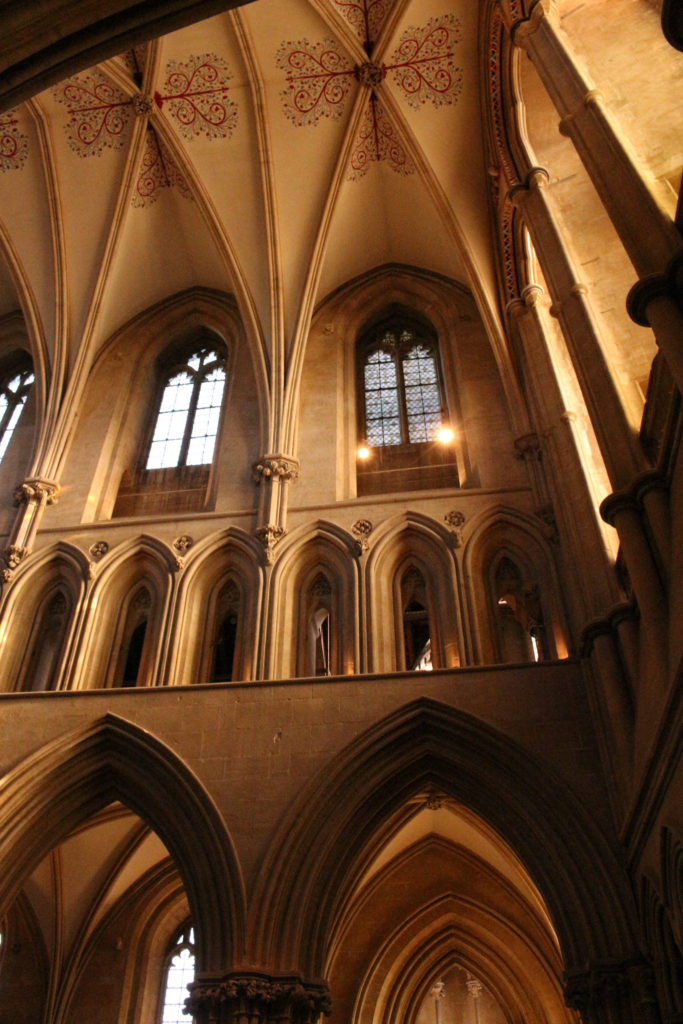 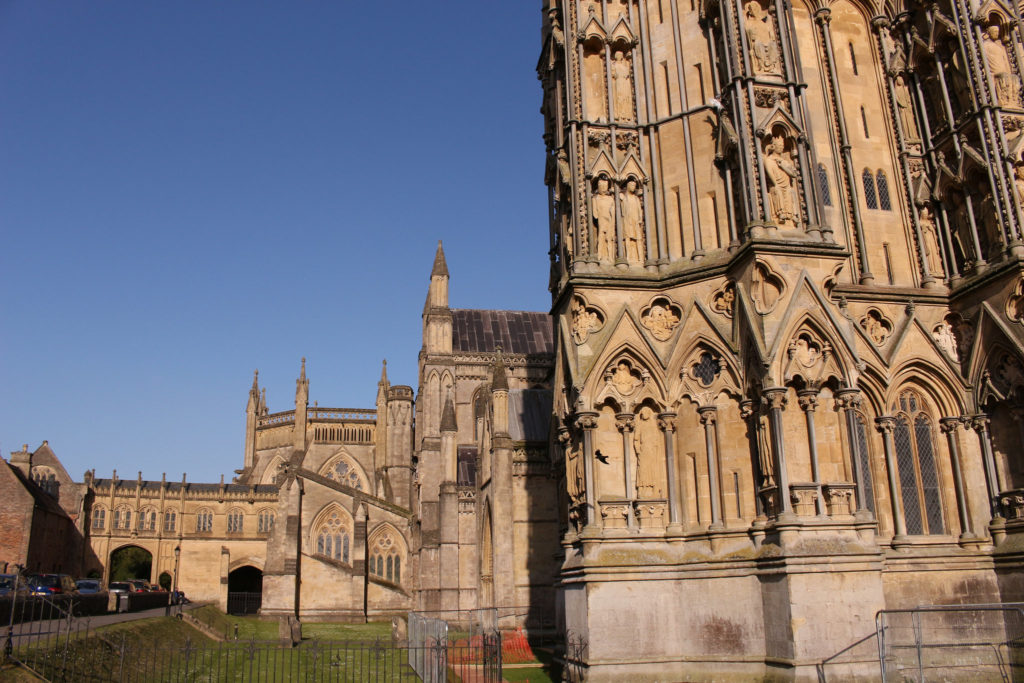 There is an astronomical clock in the north transept, which still has its original medieval face. This is a second face, belonging to the same clock, on the outside of the building. It was placed there 70 years after the original, and uses the same mechanism. 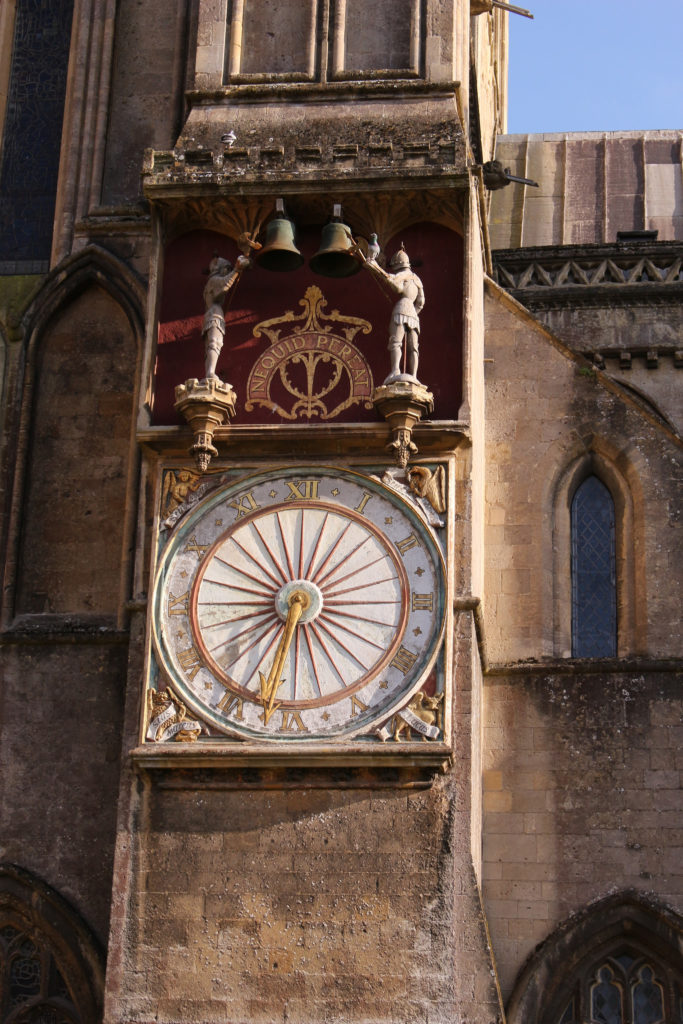 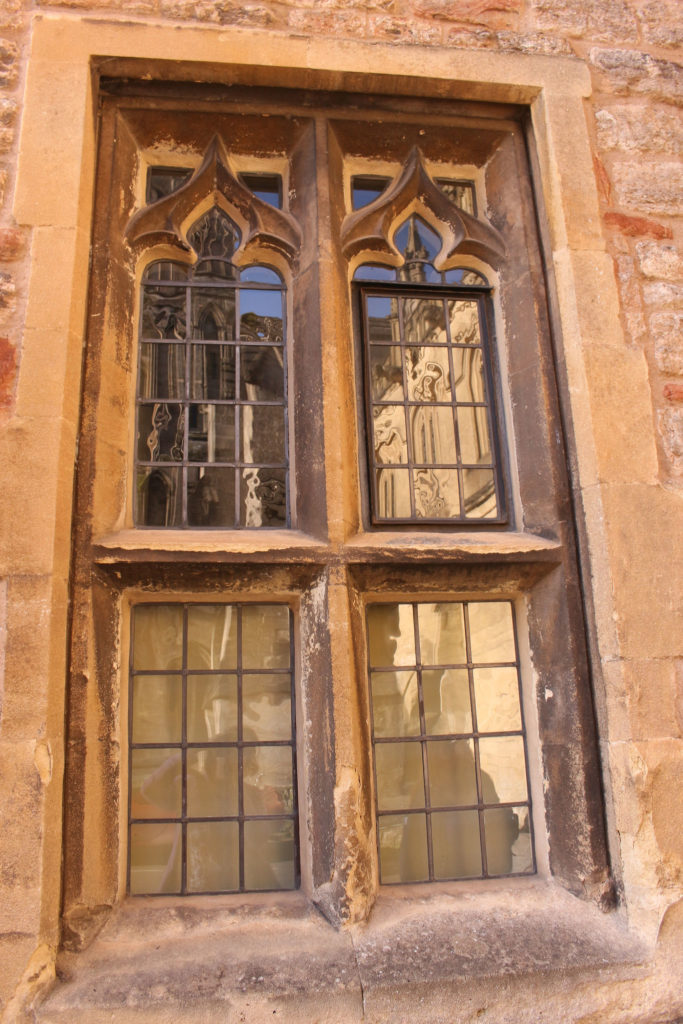 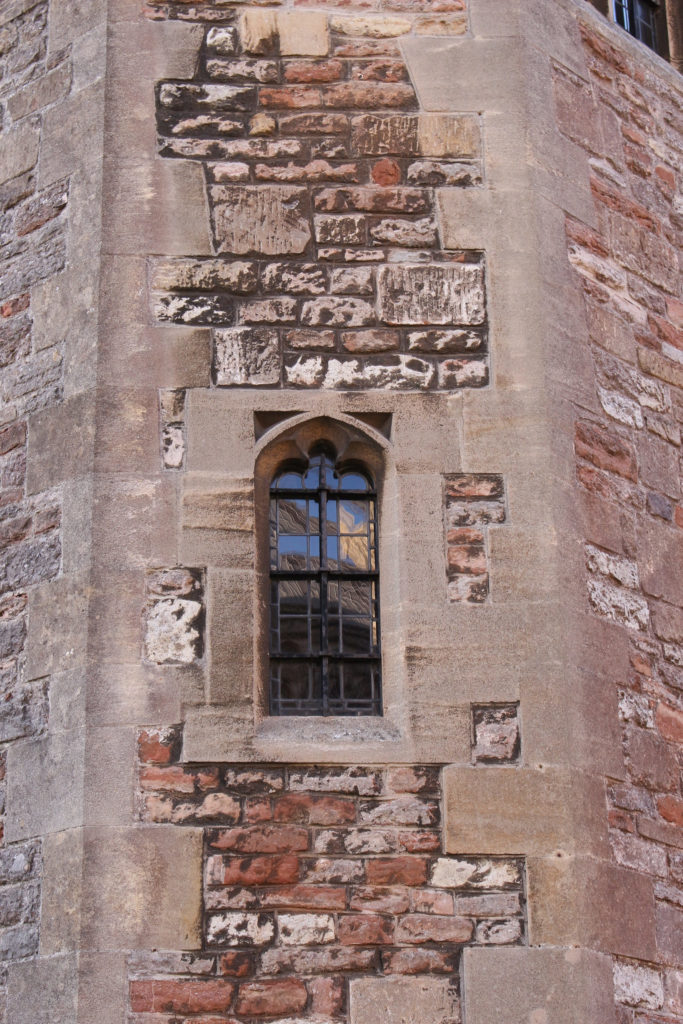 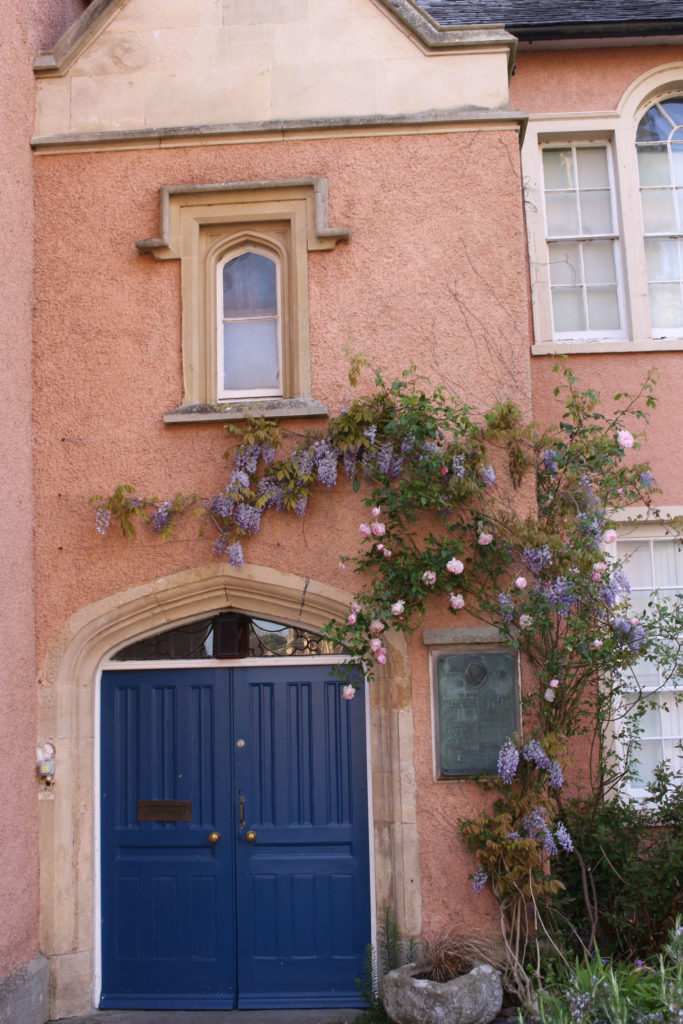 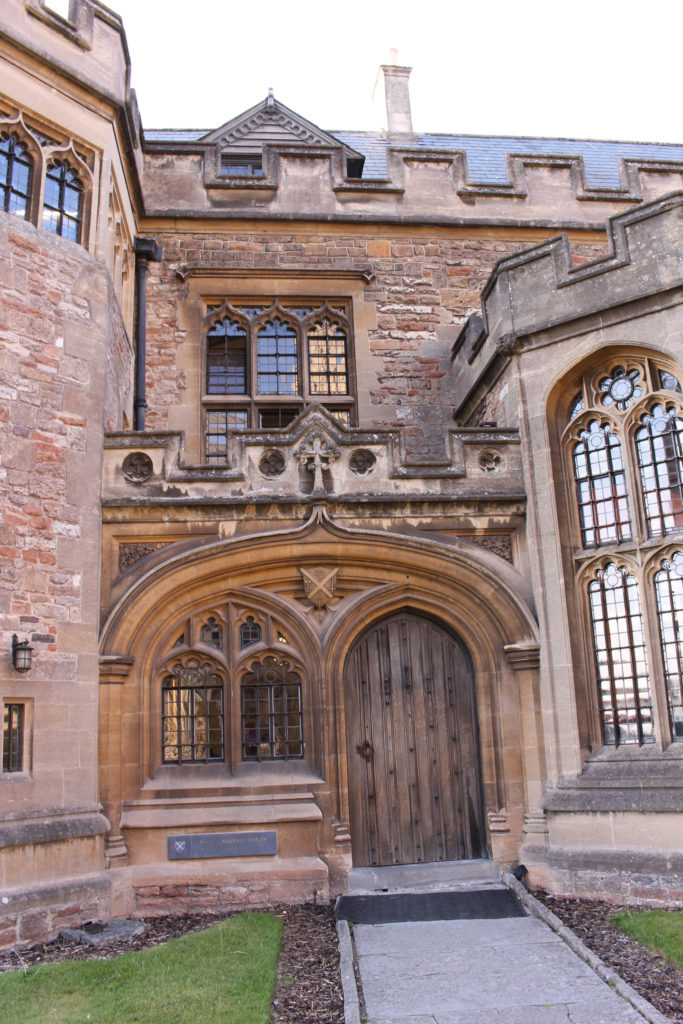 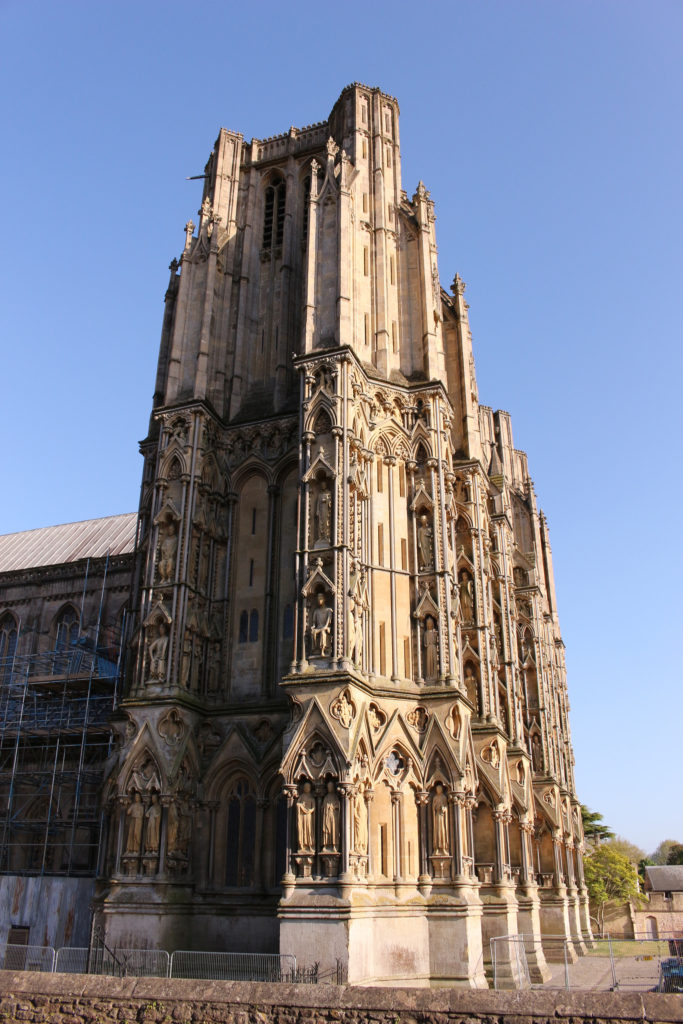 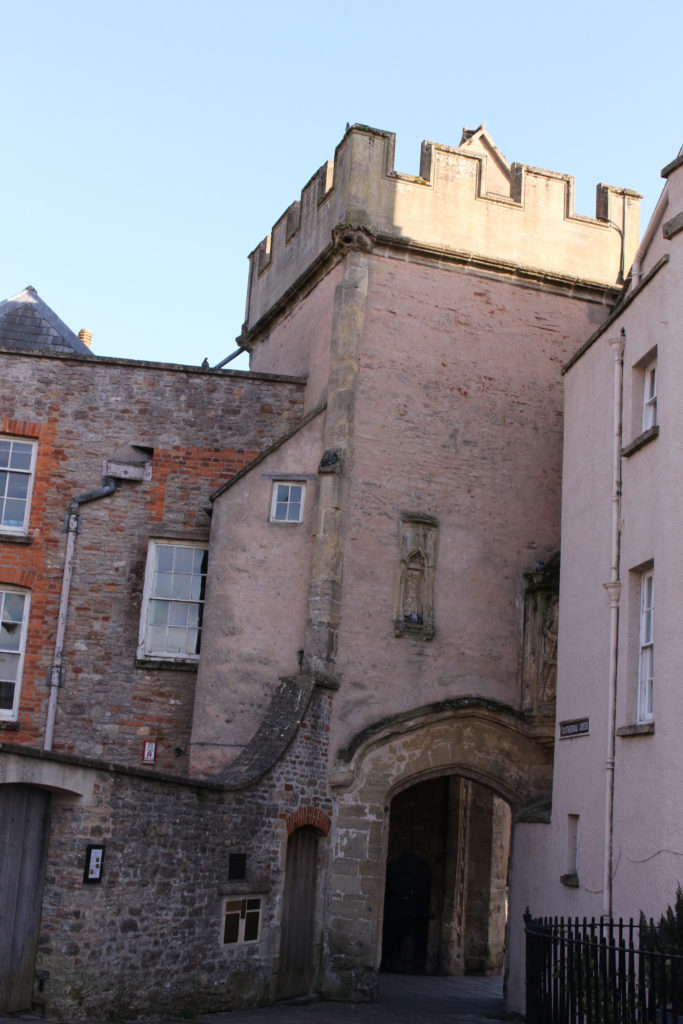 There is also a street called the Vicars’ Close, which is the oldest purely residential street in Europe that still has its original buildings, and we managed to totally miss it!!  I think is on the opposite side of the cathedral from the green. It’s one of those things I’d made note of while devouring guidebooks, then managed to totally forget about when we were there. Despite the notes.

Then it was back to Peasedown St. John by way of Radstock. And… I actually think the only thing I have left now is Avebury. I may actually get this done before the day we came BACK a year ago-

Nice structure. Can you imagine living in a house built a thousand years ago, or going to church in one older?  No wonder they are haunted.

@byfaithalone I sure would love to see what it’s like living in a house that’s so old!