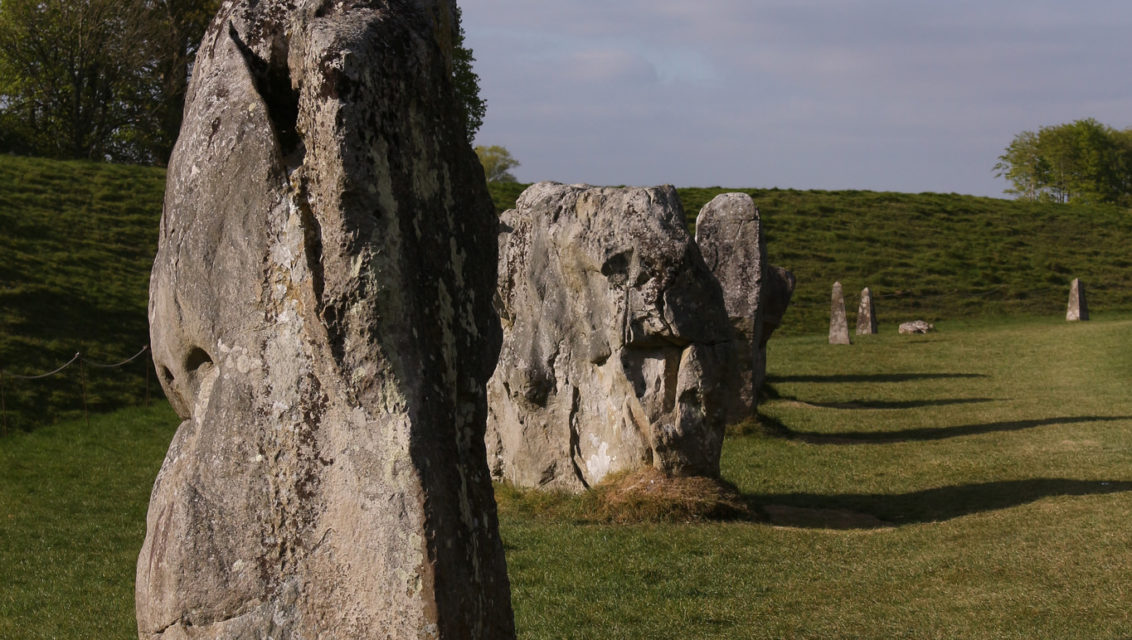 I’m making this into two entries because we went to Avebury twice- the first time was the Stonehenge/Barge/Avebury/Marlborough day (Tuesday May 9, 2017; yes I have officially lapped myself) when we didn’t stay all that long as it was getting late and everything was closed. Including somewhere to get dinner which we really needed, because all we’d had since that morning was crisps and beer at the Barge. We decided to come back later in the week when we had lots of time. Avebury is amazing and you have to have plenty of time to wander around. These pictures are all from the first short visit.

The Avebury stones are a Neolithic henge (large circular bank with a ditch) monument that contains the largest megalithic stone circle in the world. It was constructed between 3000-2000 BC, and like Stonehenge, its original purpose is a mystery. There are actually three stone circles – the large outer circle and two separate smaller circles inside. Of course that’s hard to see when you’re walking around the stones – they are spread out over a big area. But the aerial view below gives you an idea of how it’s laid out. And that’s the gorgeous little town of Avebury partly inside the circle. How cool would it be to live inside the circle??? 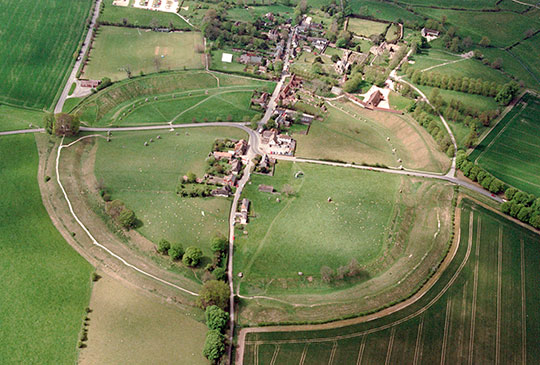 This is the pretty path from the car park. Usually it’s quite pricey to park there-  seven pounds/ nearly $10 – but to our happy surprise we found that we got free parking with the English Heritage pass. It’s run by the National Trust, a different entity, but they accepted English Heritage for parking, making the pass yet again VERY worth it. 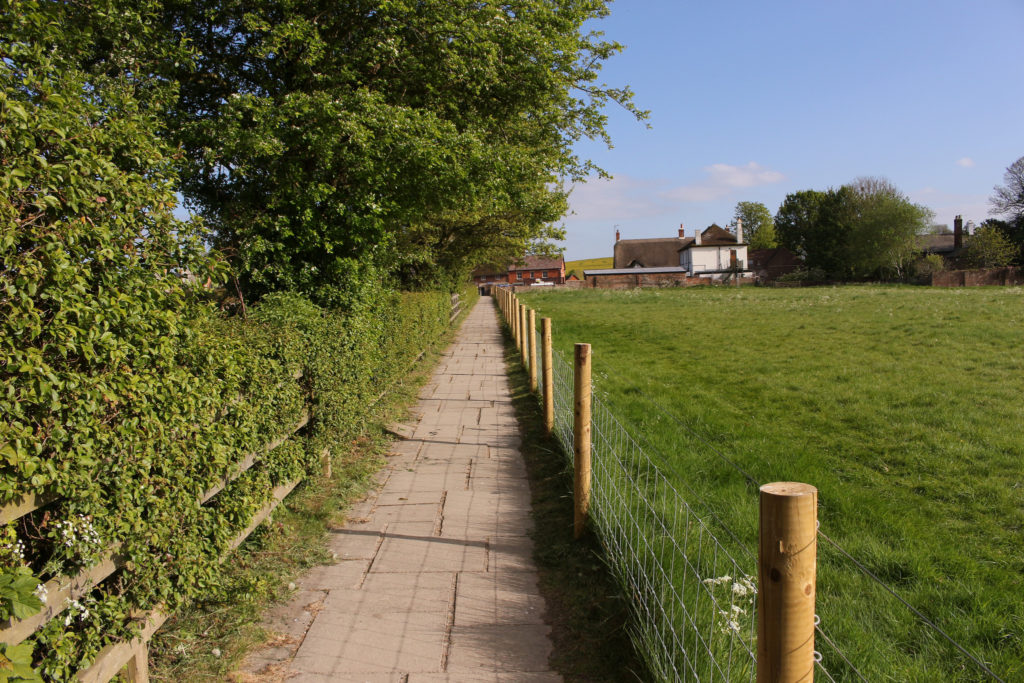 Stones in the evening light. 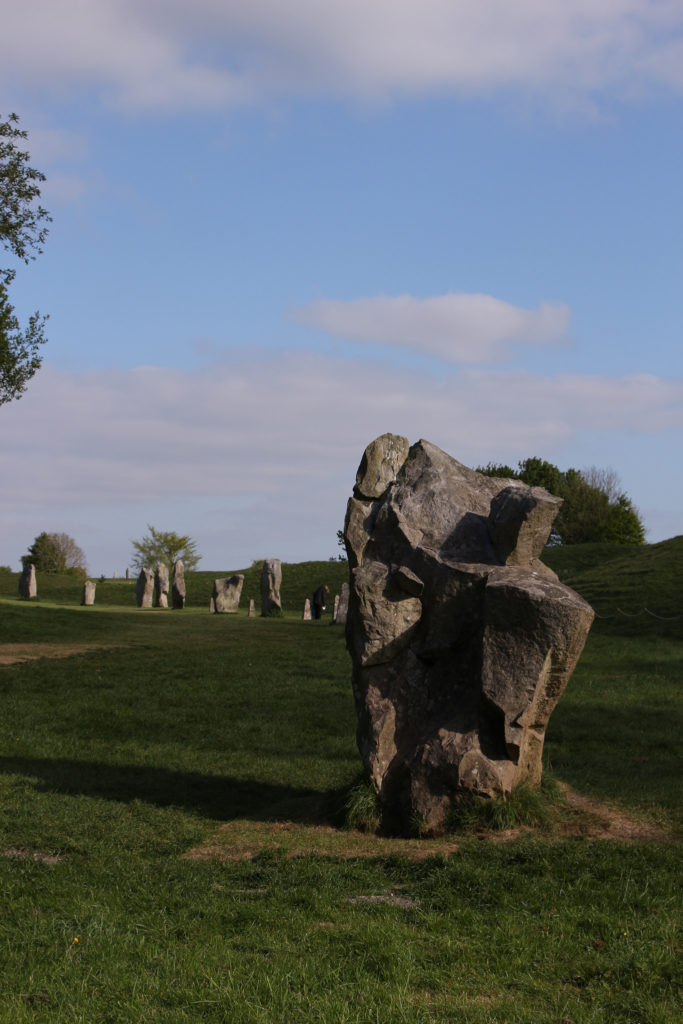 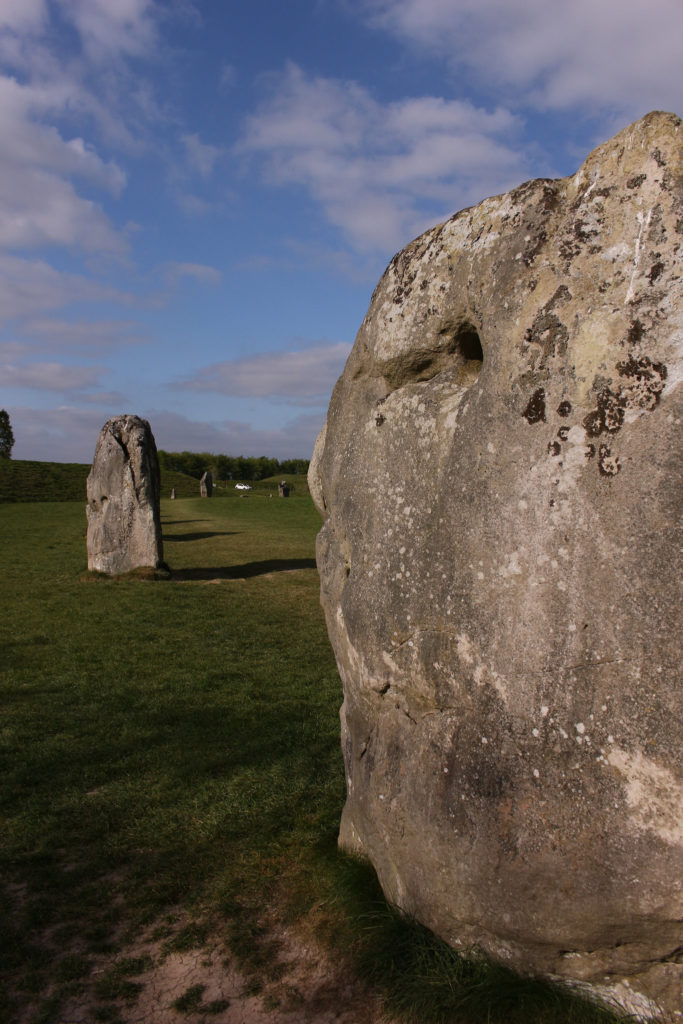 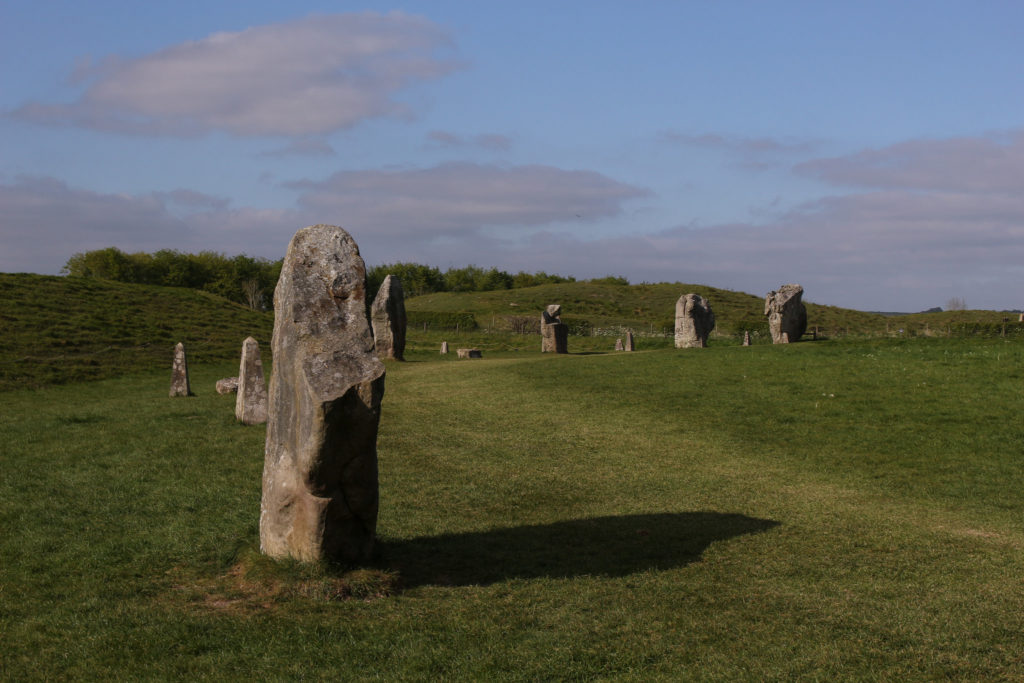 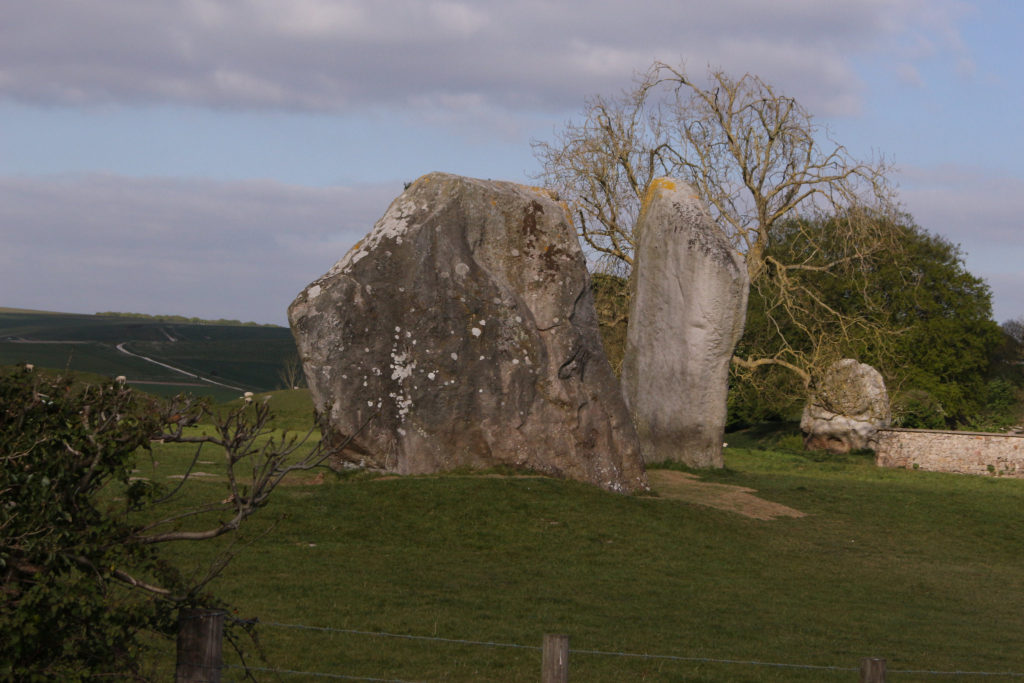 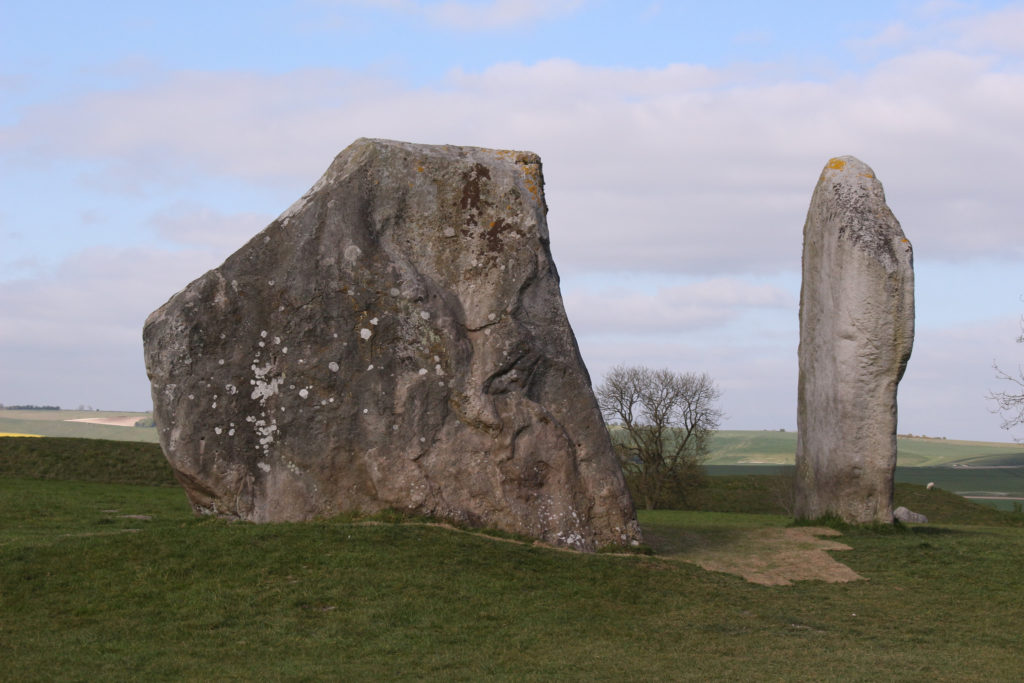 And the very pretty town. 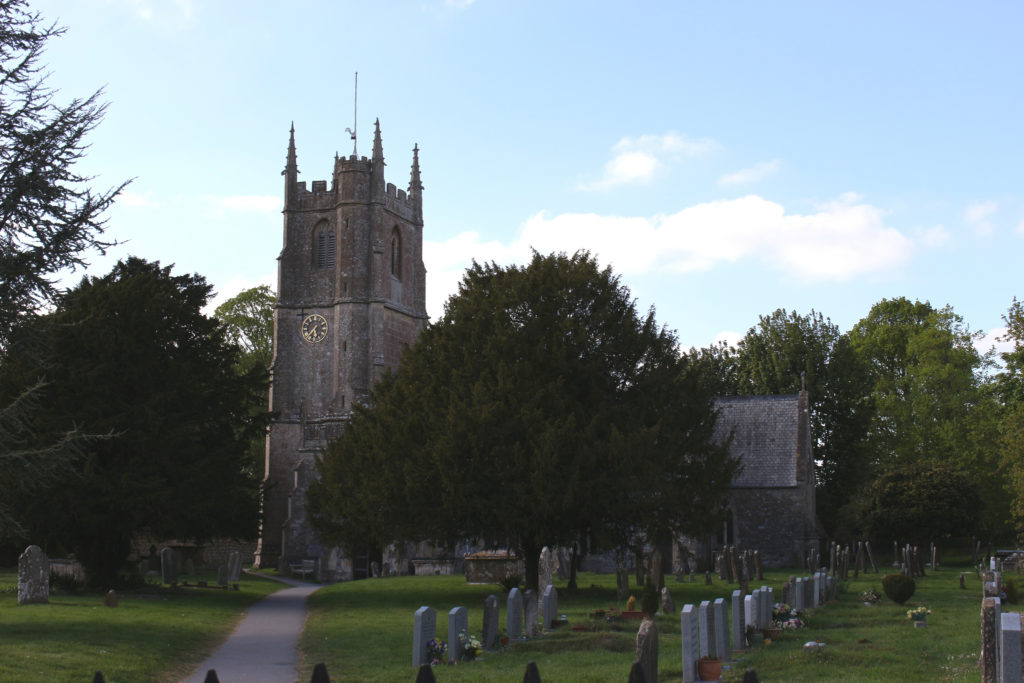 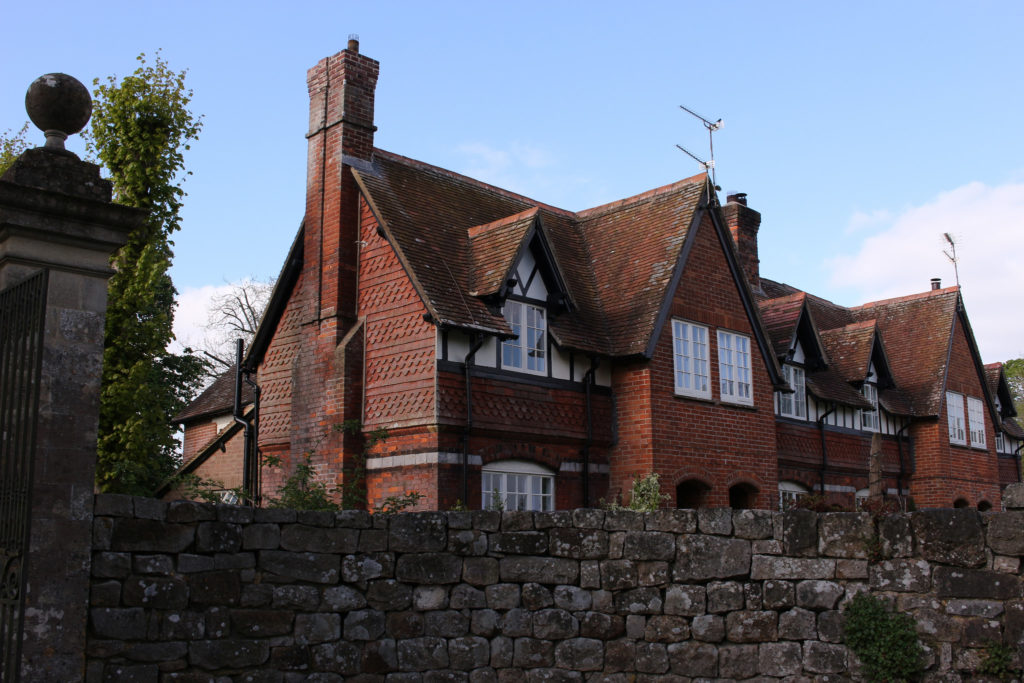 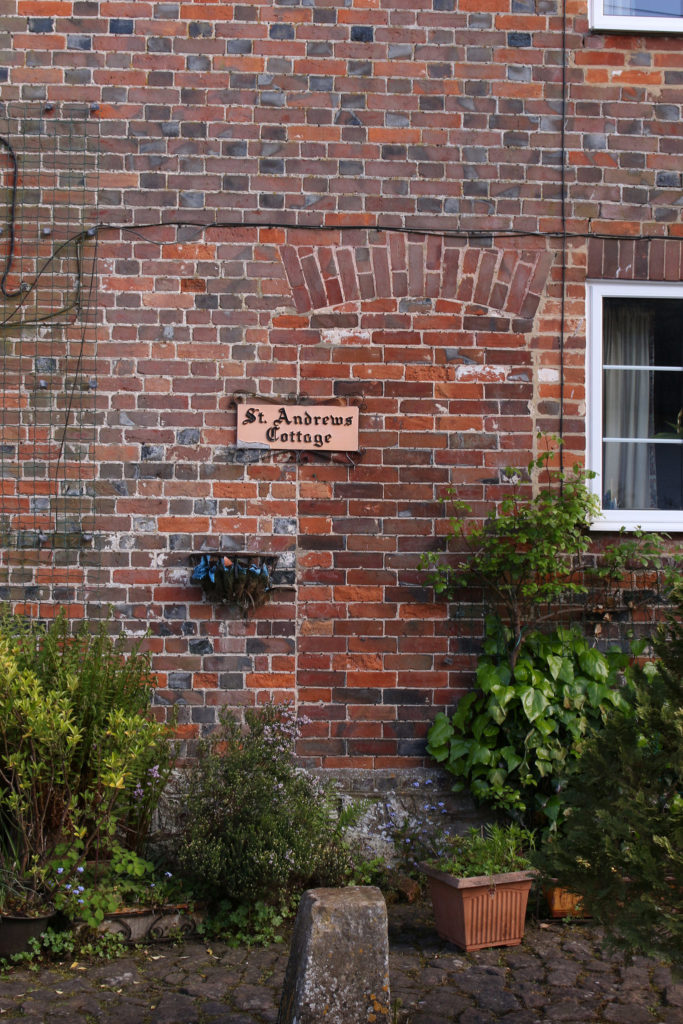 We were dying to go to the Henge Shop – despite a number of visits to Avebury on past trips, we’ve managed to never make it inside the Henge Shop, but we finally got to see it on Friday, when it was open. It’s full of all kinds of fun stuff- jewelry, crop circle stuff, books, toys- lots of things to spend your money on! There’s also a National Trust gift shop which is really nice too. With surprisingly reasonable prices. 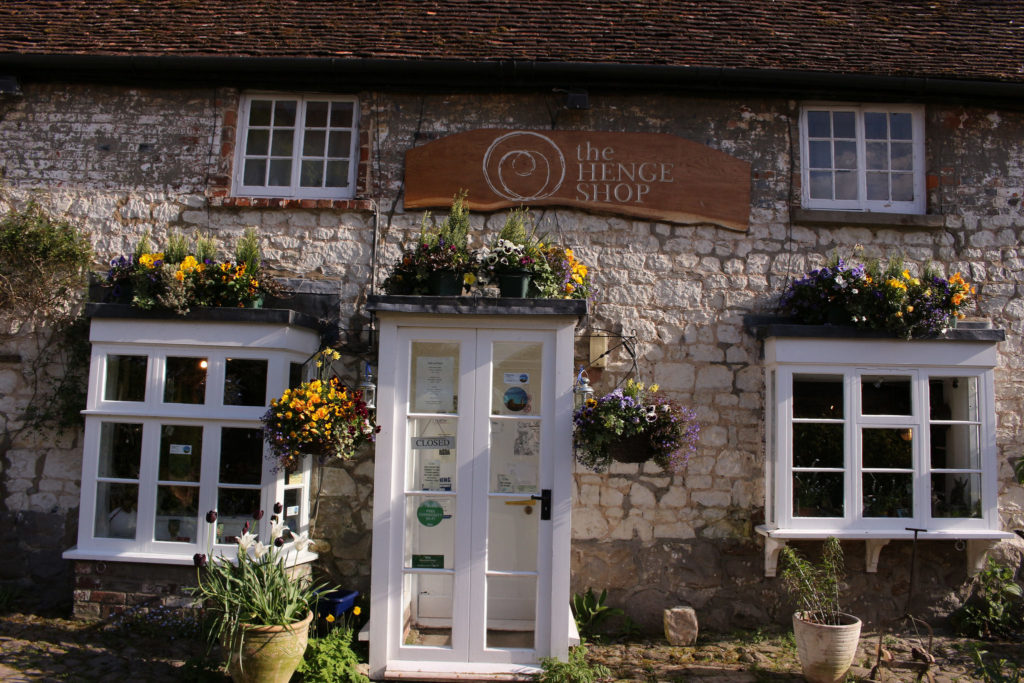 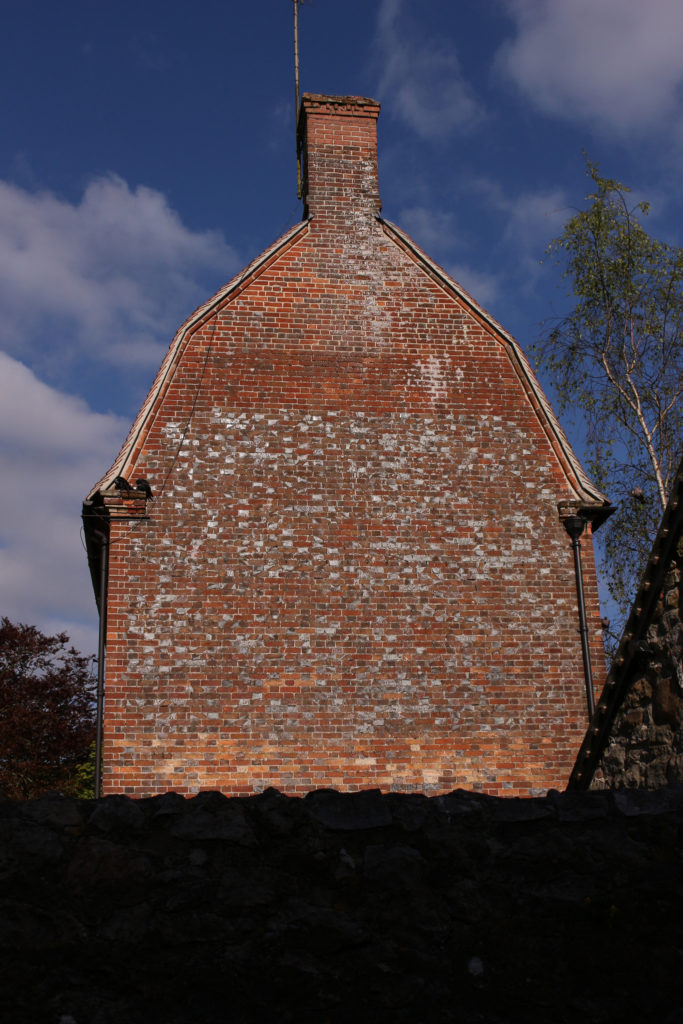 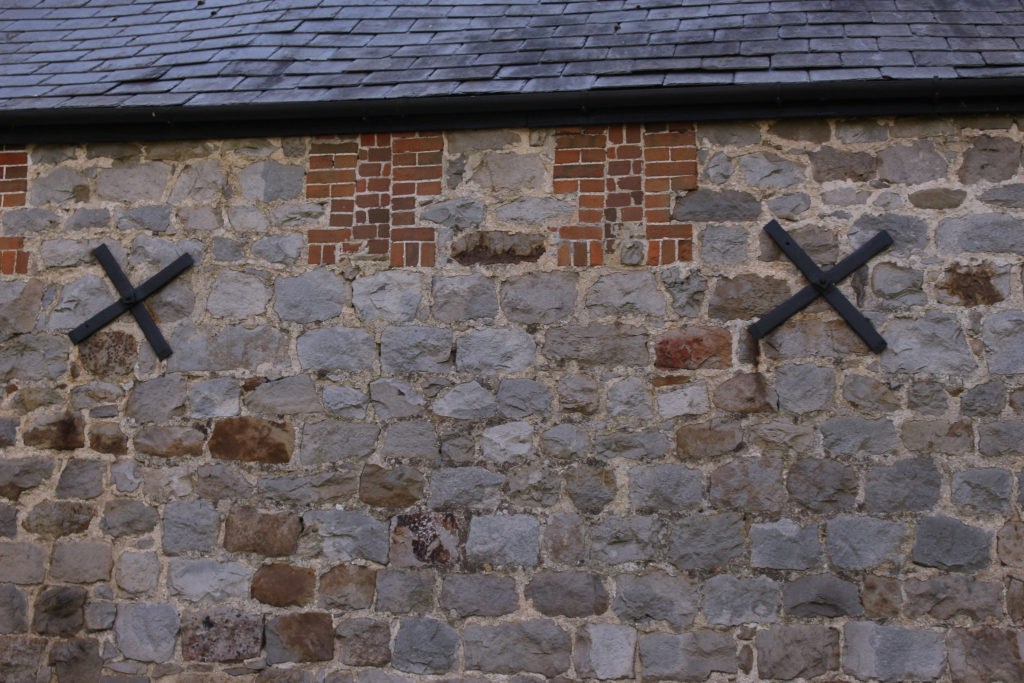 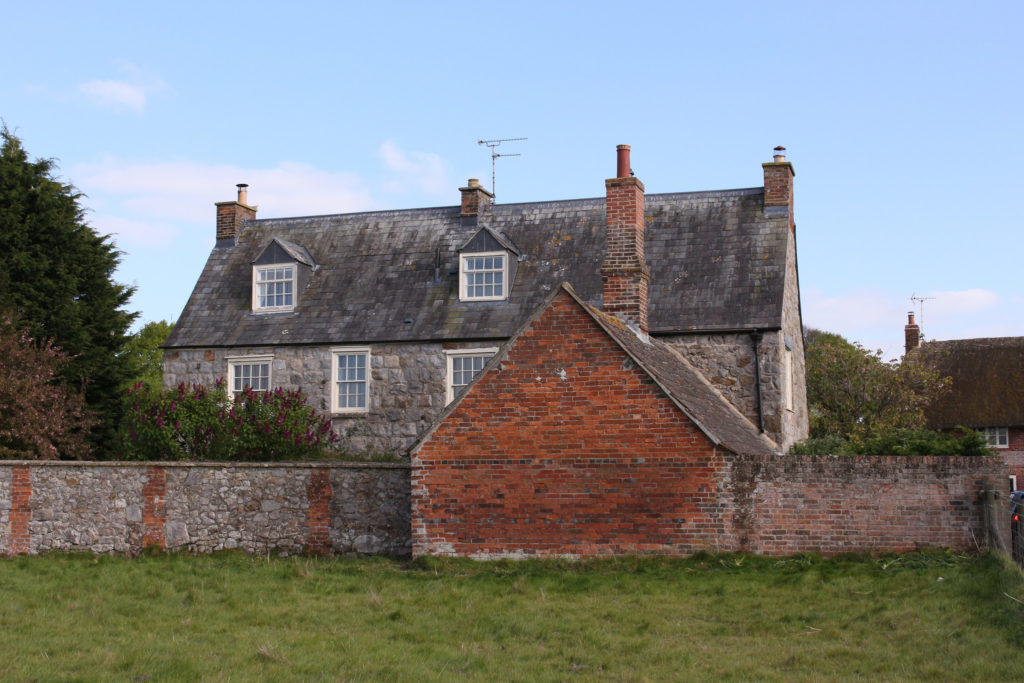 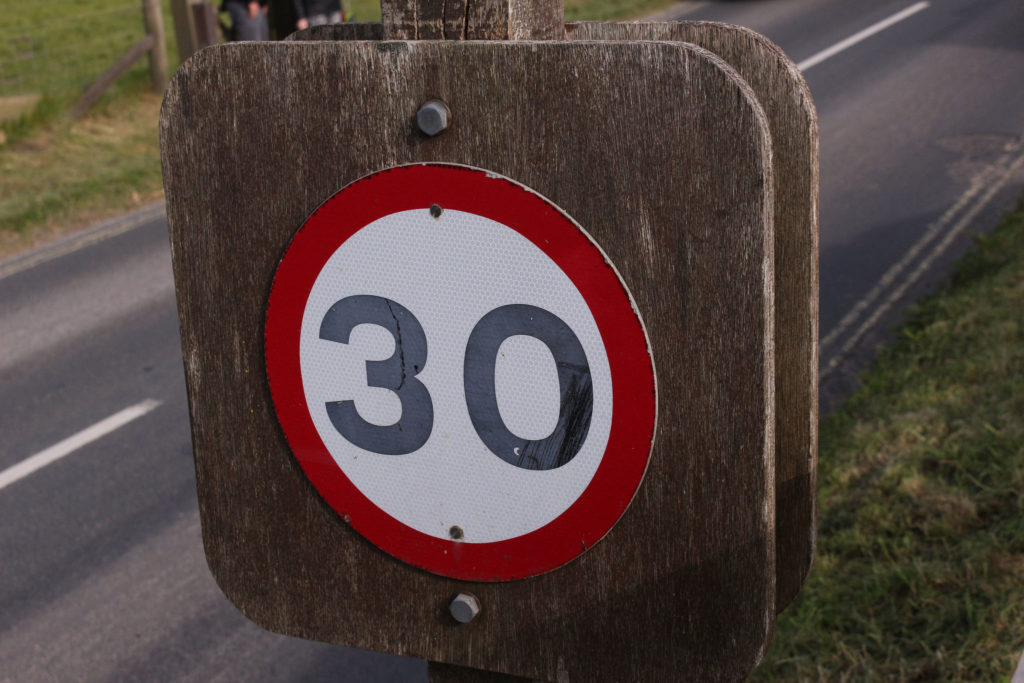 People who live in Avebury have stones right beside their houses. How cool is that?? 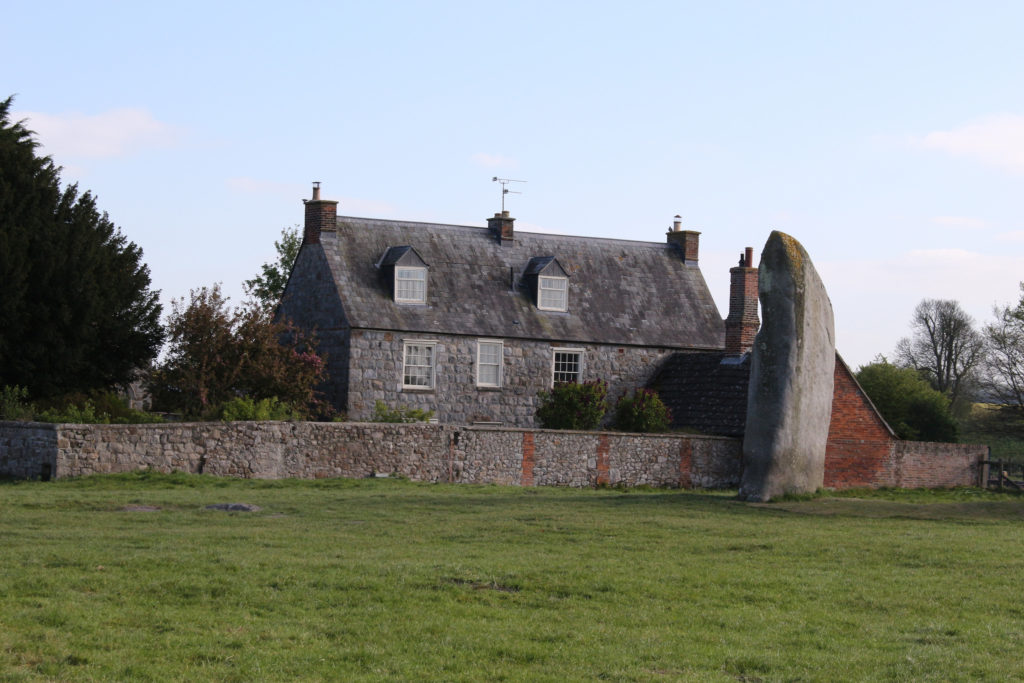 The only pub in town is the Red Lion (you can get food and bottled drinks at the National Trust’s cafe). Now I’m not sure why we didn’t just eat dinner there — maybe we just wanted to go to Marlborough?? We’d found the food to be AWFUL on our 2013 trip, so that may have been a determining factor. The beer is great but the food, not so much. However, we did split a snack platter there on our return trip, and it was very good so maybe they’ve improved. Last time Baker B and I split a seafood platter that looked like something an alien child would put together thinking maybe humans would enjoy it. I don’t even remember what was on it now, but it looked/tasted remarkably unappealing, although the chips were good. Anyhow, that’s probably what drove us on to Marlborough. The Red Lion is ancient and reportedly haunted, and one of the tables is made from an 86 foot deep well that dates back to the 1600s! Pictures of that next time. 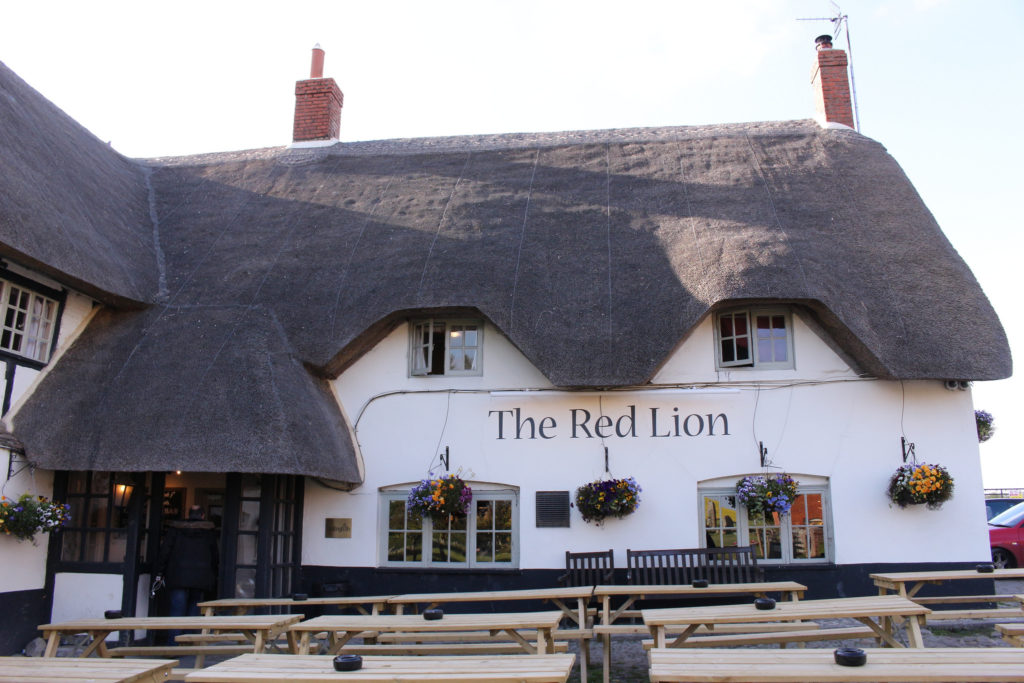 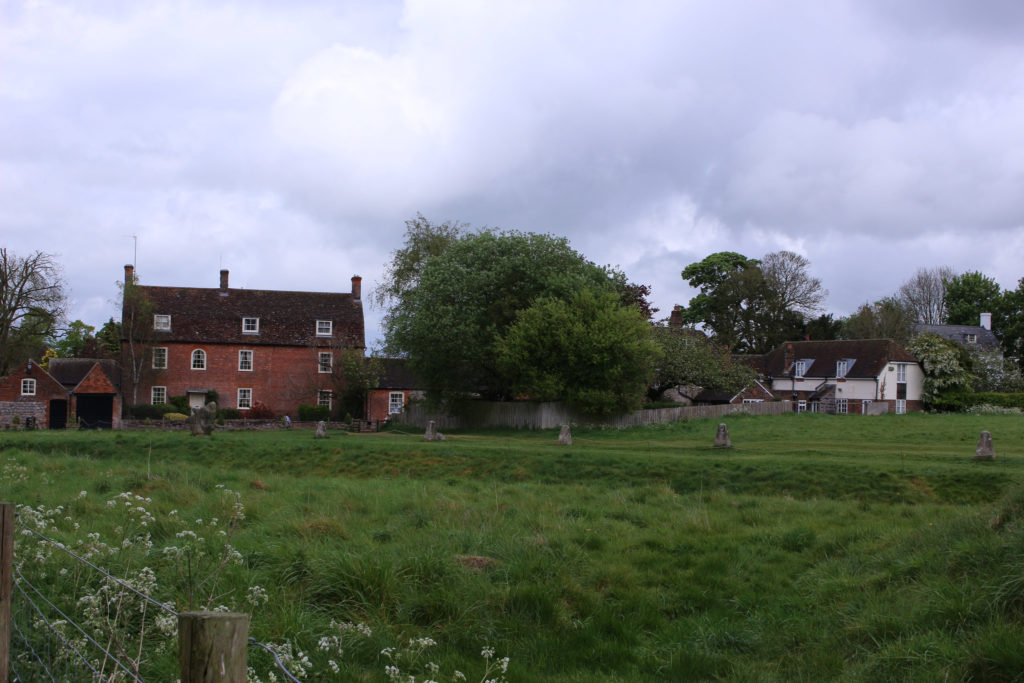 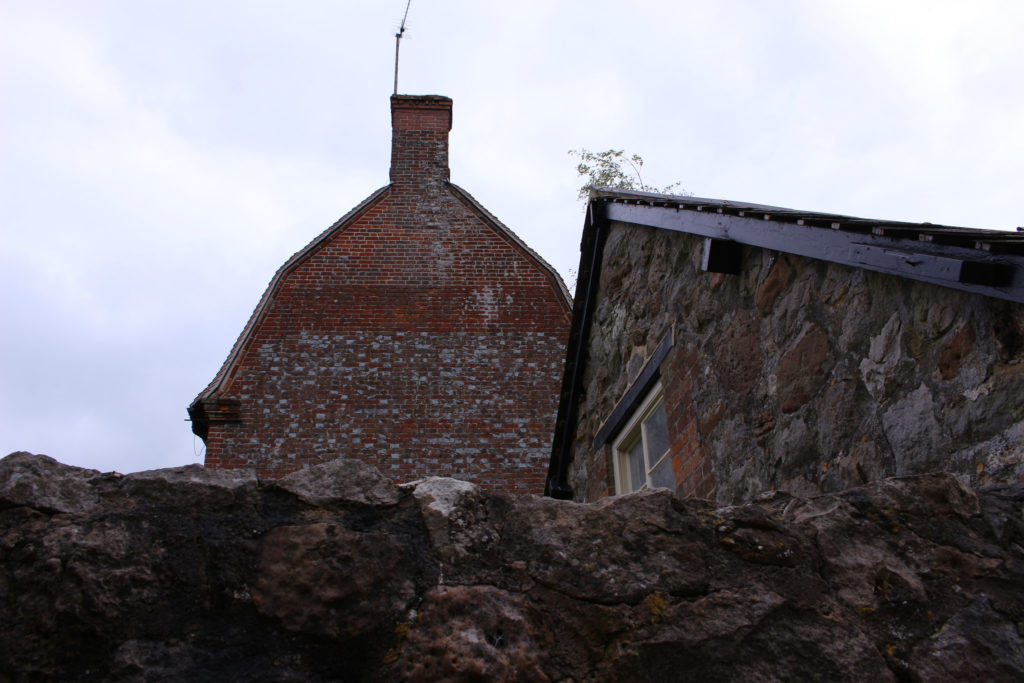 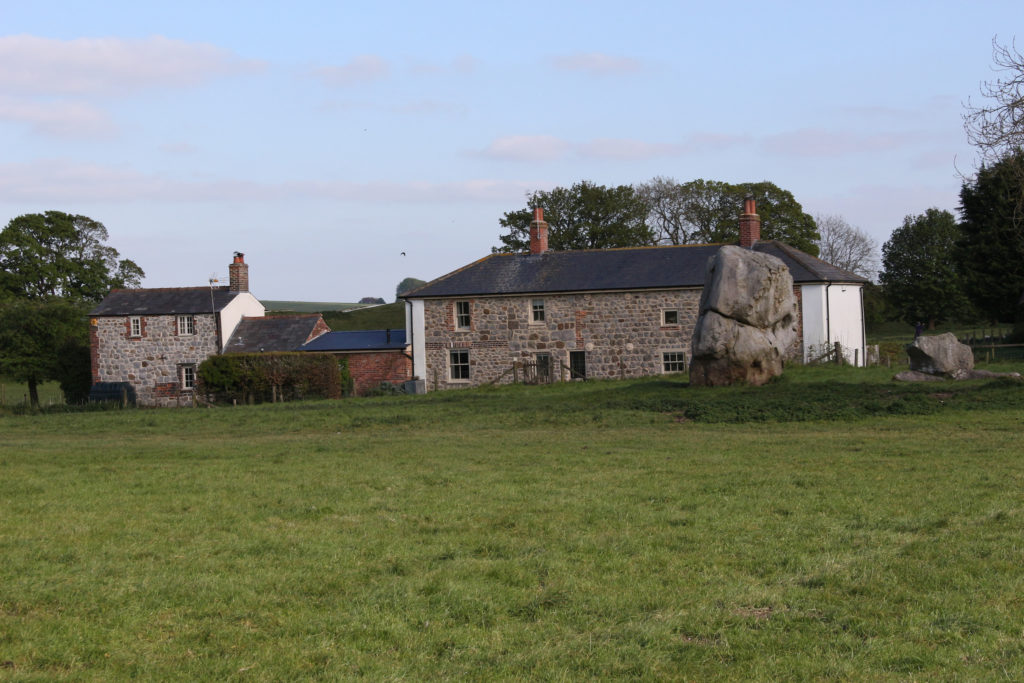 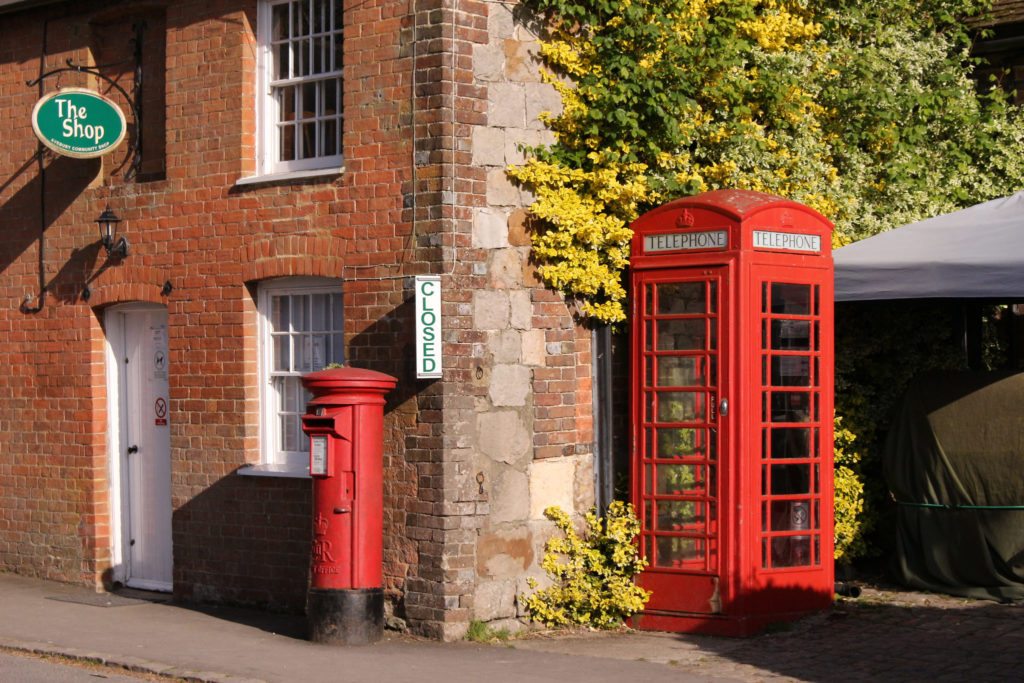 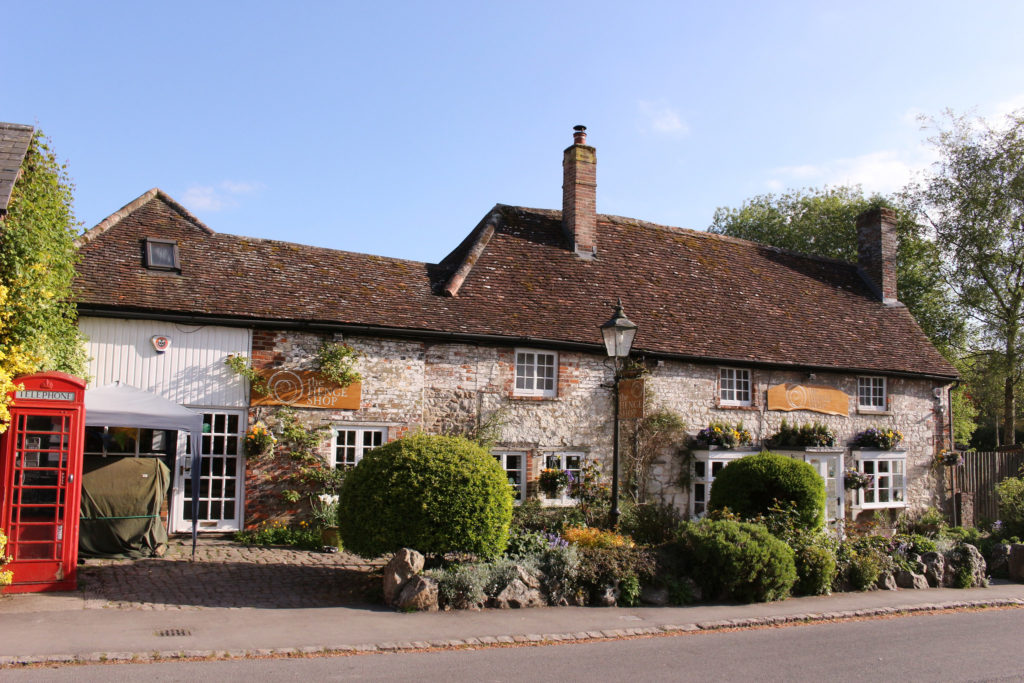 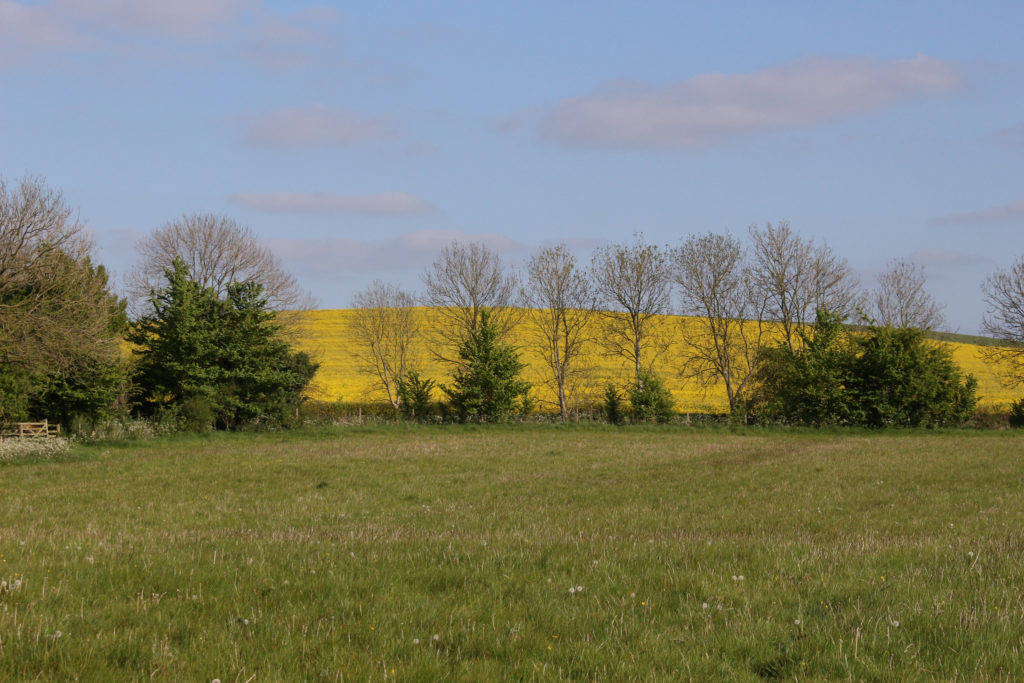 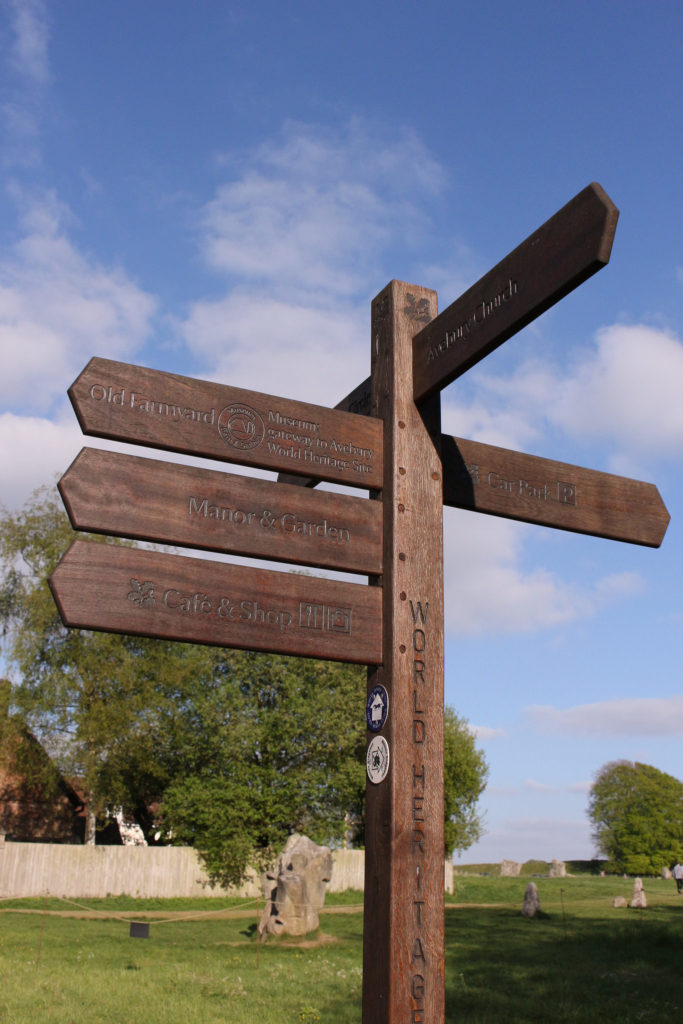 And the obligatory pictures of us with the stones! Kim first, me second. And now onward to the next day…. 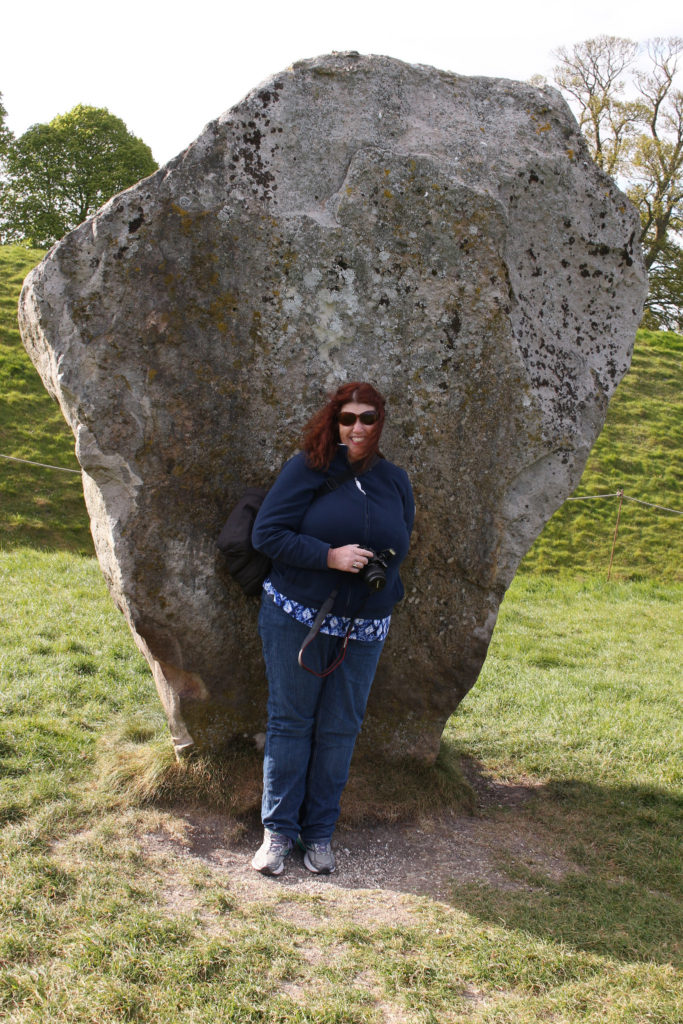 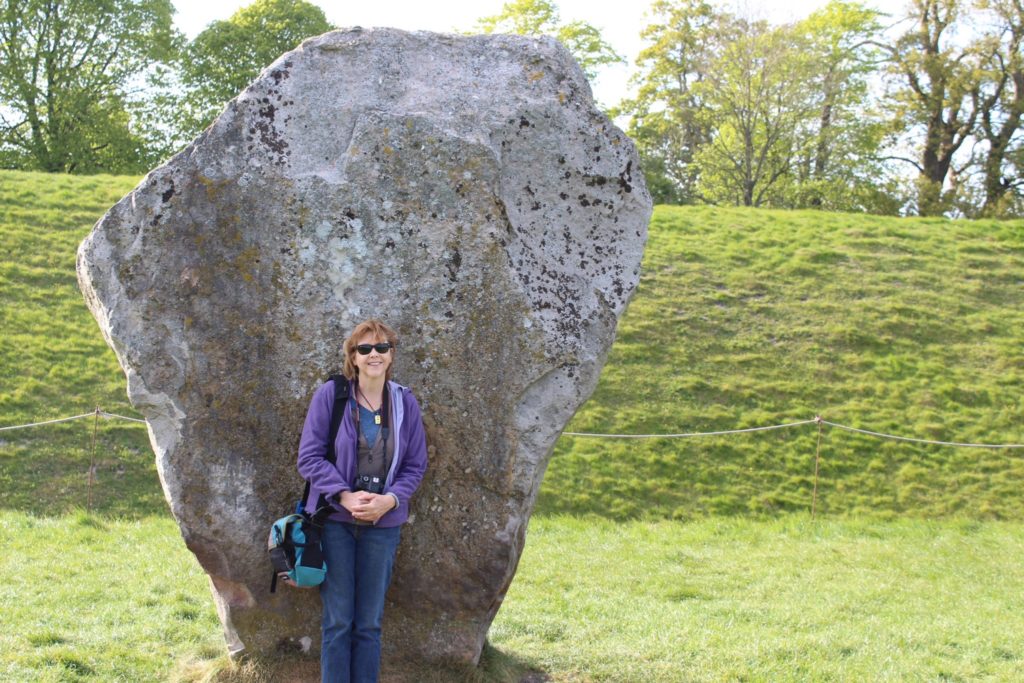 thanks for adding me take  care

First Kim, then you. And can you imagine living there? I would love it.