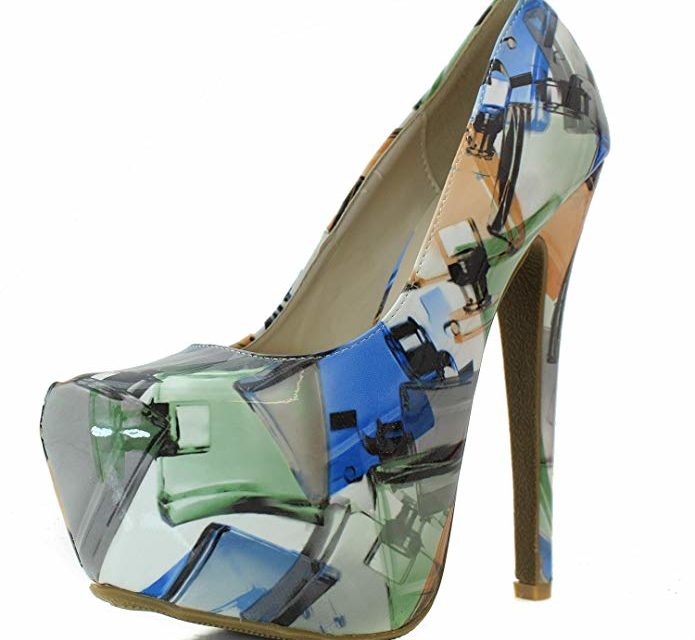 Because I kind of NEED A NORMAL PUMP. I am going to a wedding in a week, (for anyone who knew Cousin E on Open Diary years ago… her daughter, who in my mind is about six years old,  is getting married! July 7th!! And since Cousin E is in fact my real-life cousin, of course I am attending the wedding) and OMG who would have thought the dress WOULDN’T be the hard part??? I found a dress last weekend. The second dress I lit upon was The One, although the  first dress I lit upon would actually have been great. 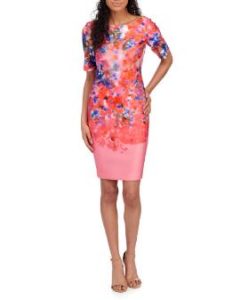 I really liked this one! Okay, that border at the bottom is a little weird, but it actually FIT, and is a good color on me, and I did not hate how I looked in it, which is a major miracle. BUT it was bizarrely thick material (which admittedly did add to the Don’t Hate column, since it was very effective in hiding all bulges and fatty issues), making it really really REALLY heavy, which seemed a little bit of a negative for a summer wedding. Especially when I found Second Dress, which is also oddly flattering (at least I hope it is in Reality World) and is also MUCH lighter in weight and much much more summery. And is also something I can actually see wearing again.

Okay, here’s Winner Dress, which looks a lot better in person as I could not find anywhere in my dark and disturbing house to take a clear picture of it. 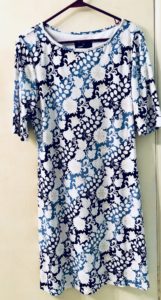 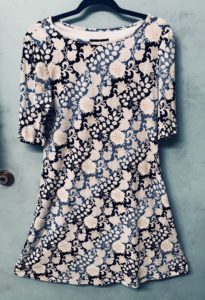 These are not good pictures, but that’s the general idea. The second one shows it has a little flare-at-the-bottom thing going on, and the first one is a more accurate color, as it’s definitely two shades of blue. The designs on the dress are a little embroidered/raised, and it’s slightly stretchy material so it fits well, and I bought a loose-weave light blue shawl/sweater thing as well as an additional ward against cold and looking underdressed. Because, OMG WHO KNOWS!!! I certainly don’t know because I have no sense of fashion/style/what’s okay and what’s not okay!!!

The wedding invitation said “semi-formal”, and from what I can determine via Google, semi-formal means pretty much anything that’s not obviously casual. Which means basically any dress for me, since I never wear a dress. In fact, I think the last dress I wore was to Cousin E’s OTHER kid’s wedding, in which I ended up feeling really overdressed because somehow I missed the memo that it was an outdoor wedding, and while everyone else was wearing pretty summery light flowery dresses, I was wearing … well, Cousin MJ greeted me with, “Nice dress! When’s the interview?” Which ok, WAS funny, but just illustrates how prone I am to getting anything involving my attire totally wrong.

Hahahaha!! Okay, here’s a picture of me and Baker B at Cousin E’s son’s wedding. This was quite hilarious, as it’s not very good of either of us, but was the only one where we both looked marginally normal. As opposed to one of us looking fairly okay and the other looking bizarre. I will also note that I did not for a second realize I had such a manly haircut until I saw the pictures. I thought it was a great haircut. Nope. ManHair. 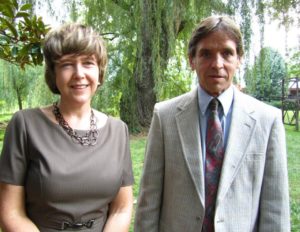 ANYHOW, back to the POINT, this was, I think, the last time I wore a dress, and it’s been SIX YEARS AGO. So, I am hoping not to look so peculiar this time, but not holding my breath.

Of course the ACTUAL point was, why in the hell are there NO PUMPS??? I just wanted a pair of normal, everyday pumps with lowish heels in a light color, and THERE ARE NONE. Granted, the shopping in this town this town IS abysmal. We have a horrifically awful Belk which seems to get the castoffs all the other Belks can’t sell and has had the same miserable boring choices for YEARS, and a TJ Maxx which IS nice but is very random and you can’t ever count on finding specific things there. And there is an outlet store a few miles away that’s also sparse and iffy. Basically we live in a town with the traffic, population, construction, prices and headaches of a big city, but without any conveniences of a city- – like a place to buy a pair of shoes. There’s Belk, there’s a place in the mall that appears to be going out of business, and there’s a Rack Room at the outlet store that had NOTHING.

Incidentally, I got the dress in Asheville. I knew better than to look for one here. Unfortunately I didn’t have time to shop for shoes too, and did not think they would be a problem.

Everything is six inch stilettos and bizarre shapes and even more bizarre colors, and OMG I tried Shoefly and Amazon and this is what I found when searching for dressy pumps with a low heel: 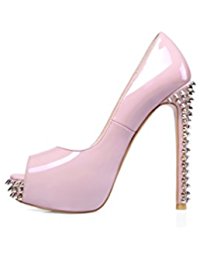 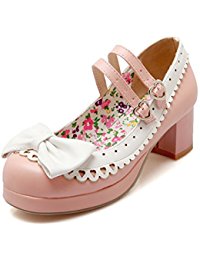 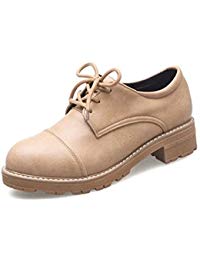 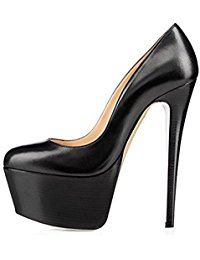 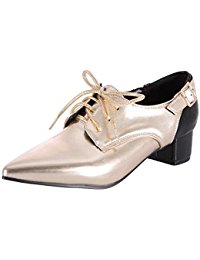 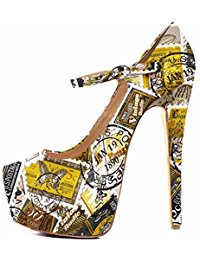 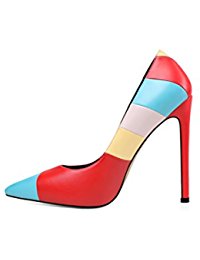 DOES NO ONE WEAR SHOES THAT HAVE LESS THAN A SIX INCH HEEL??!!??? Or that don’t look like they were meant for RuPauls Drag Race???

Okay, I finally FINALLY did find a pair on Amazon, but OMG it took days  (I actually started this entry before I found them). But they FIT, surprisingly enough, and will be okay. Not quite as showstopping as six-inch multicolored stilettos, but I am much less likely to break my neck.

Yes, well, I think I speak for all of us in wishing that you don’t stop the show or break your neck.

@sleepygene LOL – thanks!! I am hoping the same thing.

I had the same issue looking for a pair of shoes with less than a 6”heel and no platforms.  Then I just happened to be at Value Village (second hand store), looking for a mirror to refinish and there they were, exactly what I was looking for, looking like they’d never been worn and costing only $2.50.  Next time I need shoes, Value Village will be my first stop.

I’m a firm belief in Zappo. I understand about the heel height. I’d love to wear stilettos, but wow, I’m sure I’d break an ankle since I basically wear nothing but flip flops as my daily shoes. Gosh though, I did love a sexy pair of high heels when I was younger …sigh. Your dress is lovely.

@ipsofacto I DIDN’T EVEN THINK OF ZAPPOS!!!! I tried several other places I’ve bought shoes/clothing from, and Zappos didn’t even cross my mind! I’ve had good luck with them in the past, too. I didn’t even like very high heels when I was younger, as I am already taller than I’d like to be, and accident prone!

Love the dress.  I’m very fond of the Boatneck.  Shoes ARE an issue!  At least most stores probably have your size?

haha. So funny. I under dressed for the outdoor wedding I attended a few years ago, but it was all super close family, so I let it go. As for shoes, my go-to are Clarkes and Naturalizer. (Spelling?) and HOLY CRAP, B getting married??????

Did I say I LOVE those dress choices? Very lovely.

Glad you finally found something to wear!  The world is going to hell in a Louis Vuitton handbag when you can’t even find a nice pair of classic taupe pumps!  Everyone follows fashion these days, but nobody has any sense of style.