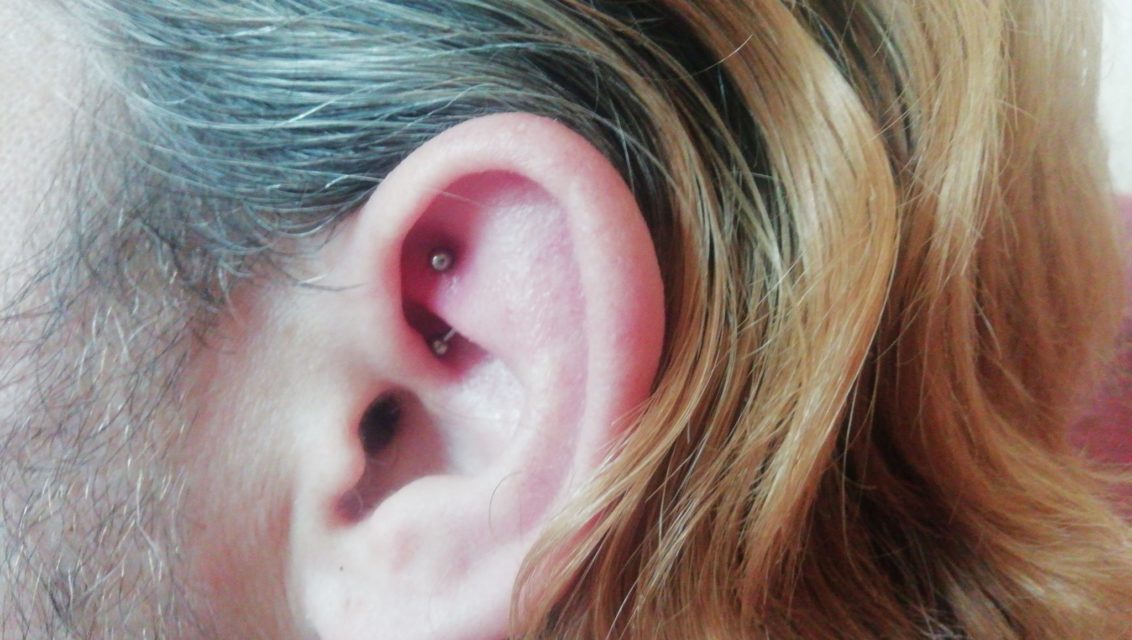 Pic is a close up of my ear.  Yup, that be the new piercing.  When I get the bar changed, I’m going to get a closed hoop put in place instead.  It’ll be more noticeable and what’s the point of having a piercing like that if people can’t see it?

The title was the motto of a good friend who died recently and is absolutely true.  It also happens to be true.

At the moment, I’m watching Later… with Jools Holland.  This show is an absolute gem on the schedule.  The amount of singers and bands that have made their TV debut on this show is staggering and you get a great, eclectic mix of music styles.  I’ve discovered some of my favourite bands and singers through this show.

As you can tell from the pic, my hair is currently three toned due to it having grown it out since I dyed it last.  I waqs thinking of cutting it, but I like it this length (apart from when it goes floofy after washing it).  So, my current plan is to buy black hair dye and dye it all one colour.l  I’m not particularly bothered by the grey, it’s the blond I want shot of.

Ever seen Office Space?  Yeah, there’s one scene in particular I’ve been tempted to recreate.

Started listening to the new season of Serial.  Thus far, I’m really enjoying it.  I would say that it’s much better than season 2, but that’s not a particularly high bar to clear.