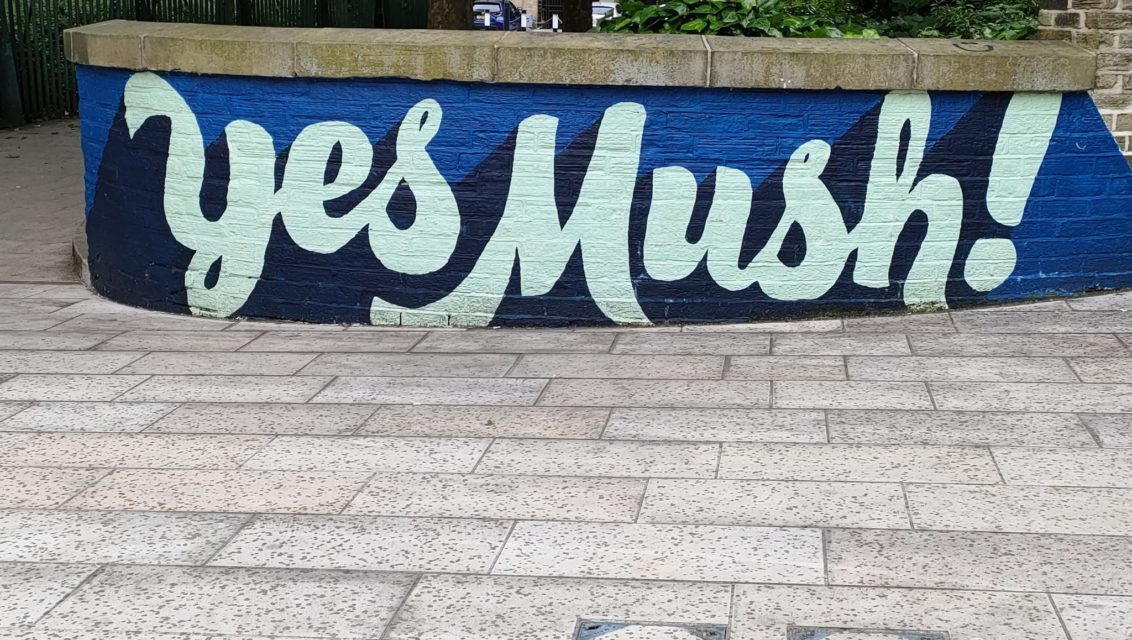 Seriously, you can probably skip this entry.

Only kidding.  I am, of course, going to write about the festivals.

Thursday, I travelled down to Bradford.  The festivals were in Leeds, but Bradford is cheaper and the train between the two is cheap.  The train journey was uneventful for me, but not for the four people I passed in the vestibule of the Darlington – Leeds train.  It turns out that while the person who booked the tickets was on the right train, his three mates weren’t.  No, I’m not sure how that works either.

I had some time to kill before I was due at the hotel (I had already checked in online), so I wandered round and tried to find a couple of postcards.  I couldn’t find any, so I bought a couple of cards from the most ridiculously gorgeous bookshop I have ever been in.

I went to the hotel, got my key cards and headed up to the room.  It was a decent room, not that big, but big enough.  Had a shower, changed and went to see Top Gun: Maverick on IMAX.  I wasn’t that bothered about the film, but it’s what was on the IMAX screen.  The film was what I expected from a Top Gun film but about 5% less homoerotic.  IMAX, however, is a fucking experience.  At times it almost seemed like too much picture.  Definitely worth doing if you have the chance.

Friday was Slam Dunk.  I got the train through to Leeds and the shuttle bus to the site.  Had a couple of bad beers while waiting to get in, then legged it to the merchandise tent.  Well, as far as an out of shape 44 year old could go before completely knackering himself.  All for naught, as there wasn’t anything there I wanted.

There was, however, something new that I did want.  A craft beer tent that was selling decent lager.  I got a pint and headed for my first act.

The only band I actually wanted to see were the Dropkick Murphys.  I had the rest of the day before their set to do as I wished.  First of all, I went to see Cassyette as the name intrigued me.  I’m glad it did, because she was excellent.  This is the song she opened her set with:

Then I went to see Chunk!  No, Captain Chunk!  Because who could resist a band named for a Goonies reference?  It turns out me, because I stayed just long enough to realise I didn’t like them that much.  I went to another stage for a band called Hot Milk, who I had seen when I first saw Frank Turner live.  Great band, shit name.  However, I wasn’t enjoying them either.  I was just in a bit of a funny mood.

I think part of it was the weather.  The weather guessers (as @zhnee calls them) said it’d be raining.  So, I wore a hoodie and a wooly hat.  I did have a shirt to wear over my t shirt and a baseball cap, but, as I thought it would be raining, I left them at the hotel.  I ended up buying a baseball cap for a band called Deaf Heaven which says “The Future is a Foreign Country” on it.  Never hear them, never heard of them, but it was the best of a bad choice for cap.  I also ended up tying my hoodie round my waist.

It turned out that all I needed to get me out of my funk was some hilariously overpriced food, a beverage of an alcoholic nature, a cigarette and some MC Lars, a rapper who wears a silver plated Legend of Zelda NES cartridge round his neck on a thick gold chain.  Here’s his song Hot Topic Is Not Punk Rock:

I wandered round for a bit, caught some of The Interrupters (not bad) and some Pennywise (good, but did get booed when they mentioned the jubilee) and then it was time for the main event.

The Dropkick Murphys.  Well, most of them.  One of the lead singers mum recently had a stroke so he stayed behind to help look after her.  I’ve been a DKM fan since I first watched The Departed and was supposed to go see them in January, but they had to postpone the tour.  They were excellent.  Really, really excellent.  Here’s their cover of the Gerry Cinnamon song The Bonny:

Back on the shuttle bus, back to Bradford, back to the hotel then bed.

Saturday, I got up, had a shower and my neck hurt.  Checked it in the mirror, it was red.

I got bloody sunburn.  (I don’t tend to burn, I usually just tan.)  I headed through to Leeds, wandered round a bit, onto another shuttle bus and back out to where I was the day before for Live at Leeds in the Park.

I will admit, they did a good job changing the place.  All the adverts, the banners for the stages and closing off one stage completely.  It’s a new festival and had a generally more laid back atmosphere than the day before.

First I went to see The Royston Club.  A great indie band from Wales.  Here’s one of their songs, Mrs Narcissistic:

Then it was time for Dylan John Thomas.  Really really good, similar to Gerry Cinnamon, Frank Turner and Beans on Toast, so it’s probably no surprise I liked him.  He also has the endearing habit of saying cheers after every song.  This is the song he started the set with:

I then wandered into one of the tents and caught most of the set from a band called Dream Wife.  They were loud and brilliant.  They also gave me my new favourite piece of band merch when they started throwing these out to the audience: 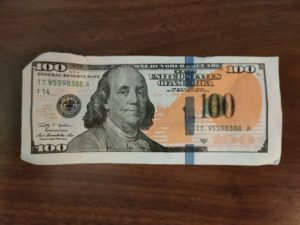 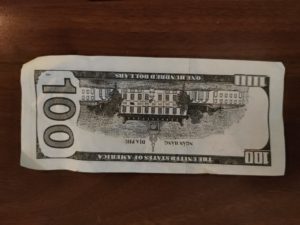 They also caused security to move faster than I had seen all weekend, when the lead singer first climbed up onto the barrier, then over it into the audience.  This is them:

Then it was time for Holly Humberstone.  I enjoyed the set, but got pissed off with the amount of people talking through her set.  Pisses me off when that happens.  This is the last song she played:

Having some time to kill before Arlo Parks, I went to see porij.  Again, the name attracted my attention and I’m glad it did, because they were excellent.  A bit of humour when someone asked for them to play one song, got told they already did that, asked for a second one and they did that as well.  This was my favourite song from their set:

The n it was time for Arlo Parks.  She was very good.  The only problem was that security didn’t like it when people climbed up on folks shoulders and the group beside me kept doing this.  One of them was threatened with being kicked out.  Here she is:

Back to the bus, the train, the hotel and bed.

Sunday, I wandered round Bradford for a bit, then headed to the National Science and Media Museum.  They had an exhibition about codebreaking and cybersecurity.  It was good, I got to see an Enigma machine, but the whole thing was a bit too much “GCHQ is your friend, do not worry about GCHQ spying on you” for me.  I know they needed GCHQ helping with the exhibition, but still.

The most interesting thing was actually a closed laptop, which had been deliberately infected with the ransomware that held the NHS hostage.

Back at the hotel, I watched the Wales – Ukraine game, listened to the radio and went to sleep.  The next day I checked out, caught the train and returned to reality.

Have I learned anything?  I’ve learned that it’s time for me to invest in earplugs to wear to gigs.  I’ve learned that next year, remember to prepare for all weathers, protect my neck, leave some money at home for buying stuff I need when I get back and to have breakfast before the gigs.

And, yes, there will be a next year.  I already have me ticket for Live at Leeds in the Park.

For a while I have been thinking of maybe spending a month or two in Bradford but I had no idea what I might find to do there except getting to experience the historical hometown of my grandfather’s family but reading this makes me think it is about time to check it out! I have not heard these songs yet but I am wondering if a song that even mentions Hot Topic can even theoretically be punk rock? LOL. Thanks for sharing about your journey.

I looked around at the Dorothy concert recently and realized that my daughter, husband and I were the only three people without earplugs. And boy, did we need them! The reason I had to get hearing aids at 50 was all the rock concerts I’ve been to that were way, way too loud. I remember Neil Young at the L.A. Forum in 1978 or ’79, when I was so stoned I couldn’t move a muscle but realized the music was so uncomfortably loud that my ears actually ached. But since I couldn’t move I couldn’t do anything about it. Dorothy was almost as loud, but I wasn’t stoned this time.