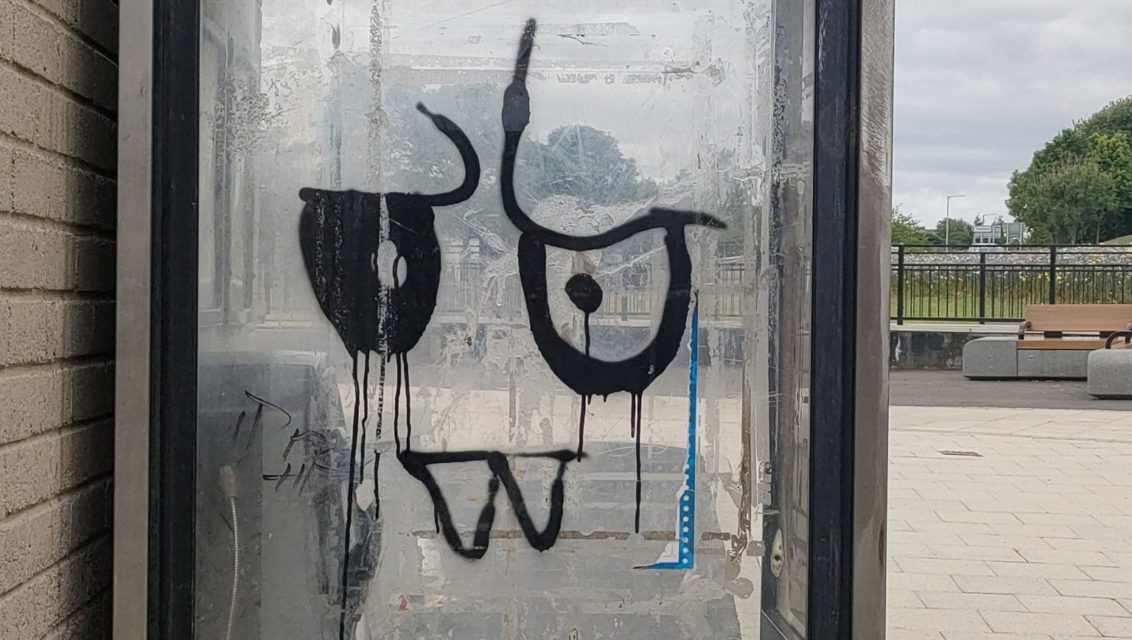 As I mentioned before, I decided to get earplugs for wearing at gigs.  I eventually settled on these ones.

And this is where the fun starts.  I got an email from the company with the tracking number for the earplugs.  About a week after I ordered them, they were still saying “DeliveryScheduled” (It’s still saying that now).  I emailed then and they admitted they were having problems with that courier and would send a second pair by a different courier.

Then I got an email saying they had been delivered.  Problem is, i had been in all day and no delivery.  Turns out, they delivered to the shop downstairs. 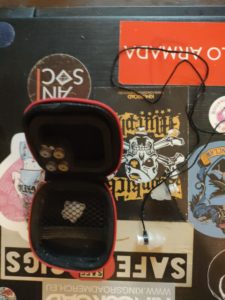 And just in time for the Grace Petrie gig the next day.

It was an interesting gig.  The support act had to cancel as she had Covid and the person who was supposed to be on stage with Grace had flown to the States to work at a music summer camp, only for it to be cancelled as he flew over.  So, it was just Grace.  But she was brilliant.  It was quite an intimate gig, there weren’t many people there, but that just made it better.  After asking for requests, she played Coldwaterproofjacket:

After pointing out that the folk who asked for it called it the wrong name.  She also played a song she had just written about Roe v Wade.

She said hi to me before the gig.  I was outside having a smoke, she walked past and said hi.  I didn’t bother her then, but I did get a pic afterwards: 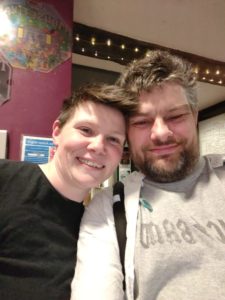 And I left with a pint glass.  That I didn’t technically pinch.  The venue have a scheme where you pay a £1 deposit for your pint glass (it’s actually plastic) and you use the glass the rest of the night.  Take it back at the end of the night, get your money back.  Or don’t, and the money goes to helping up and coming artists in the Tees Valley area.

Get a pint glass and help musicians?  Don’t threaten me with a good time.

The earplugs are great.  Comfortable and I’m able to hear both the music and normal conversation.

The next night, I was out again.  A friend was back in town for the night and I met up with her and some other people.  Highlights include telling someone that they left the Paul McCartney set at Glastonbury just before he brought Dave Grohl out, a friend trying to convince me to start a FB page or Insta for my pictures of street art and truly the worse pint I’ve ever been pulled.  Which was in a gay bar.

Saturday was a friends birthday party.  Much drunken fun was had.  I think this pic best sums things up: 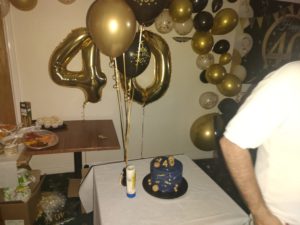 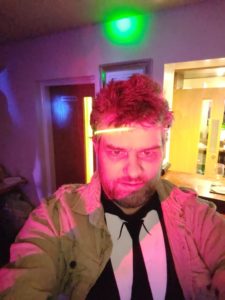 Though one of my friends, the husband of the birthday girl, pissed me off.  We were supposed to getting a minibus back to Boro.  Instead, the cab company sent four normal taxi’s.  I was sent back in the same cab as my friends parents and everyone was supposed to meet up in a particular pub.  We get there, choose a big table and wait.  And wait.  Eventually, my friends mum was able to get him on the phone, only to be told that plans had changed and they went elsewhere.

Now, I’m not bothered about myself.  I like his parents and wasn’t planning to stay out after the pub closed anyway.  It’s his parents.  They were massively upset so I’m annoyed for them.

Sunday was about watching the British Grand Prix, which was about three races worth of content in one.

Remember I mentioned before that I finally got round to getting myself a record player?  Well, I decided I needed a stand for my record sleeves while they are playing: 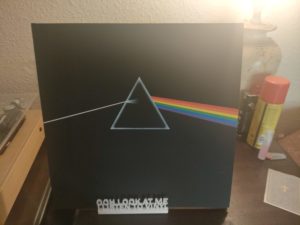 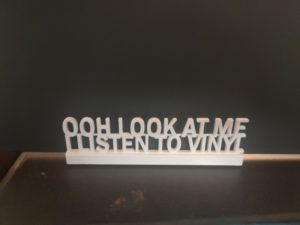 And, yes, of course I bought Dark Side of the Moon.  Had to, really.  Same today when I bought Tubular Bells.

Not much happened this week except WE GOT RID OF THE WORST PRIME MINISTER IN THE ENTIRE HISTORY OF THIS COUNTRY!

Right now, I’m watching MST3K.  Tomorrow, I’m getting a tattoo of some description.  Not sure what.  Won’t know what until I get there.  Except it’s Stranger Things related.

Next weekend I’m going to an art car boot sale.

What’s an art car boot sale? It’s a good idea to start a FB or Instagram page with your street art!

@darkmadonna from what I can gather, they’re going to have a bunch of artists set up in the car park selling affordable art

I have noise-canceling earphones in “subscribe and save” deliveries. When you know, you know.