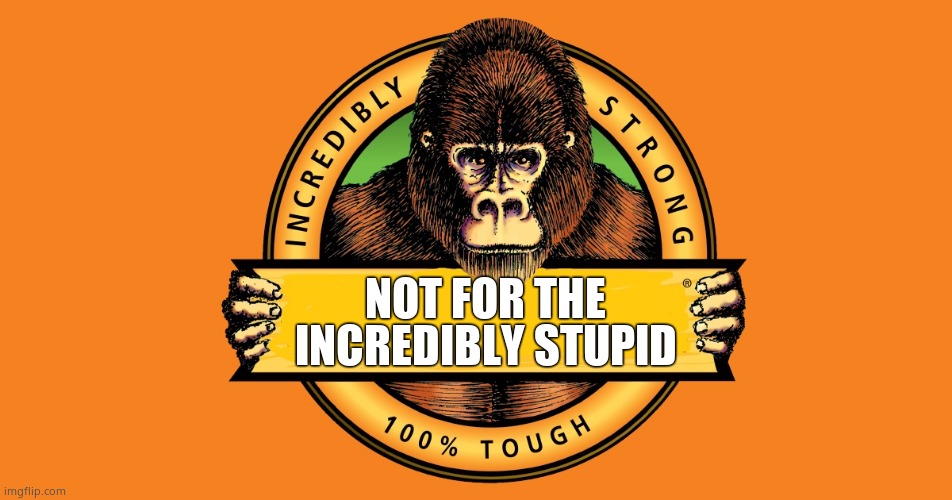 I’ve been pondering this question during isolation, having had more time to read the news.  Occasionally one would come across a news item about someone doing or saying something so utterly ridiculous that it left you in despair for the future of humanity.  But these used to be few and far between.  Today, however, such items are reported daily.  A few of my personal favorites from the past few months:

One of the most overt acts of stupidity has to be the woman who intentionally used Gorilla Glue in place of hairspray.  The fact that she’s named Tessica is probably a good indicator that she’s not exactly a Rhodes Scholar.  (Couldn’t decide between Tess and Jessica?)  I wondered if she had diarrhea and ran out of Pepto Bismol, would she substitute instant concrete mix to address the problem?

I’ve seen more misinformation and faulty logic related to COVID-19 than anything else – from laymen, physicians and scientists alike.  But the mental gymnastics required to come to the conclusions of this ultra-orthodox rabbi in Israel defy understanding.  His determination is that a vaccine made using an embryonic substrate can make the recipient gay.  I wasn’t aware immunology and virology were topics of study in rabbinical school, but there you are.

Then there was this woman who sued her employer after he called her an “old woman”.  She’s 71.  Once you hit your 70’s, I think it’s a given that you must accept being referred to as old.  Because you are, Blanche.  You ARE old.

Brexit has offered the opportunity for multiple displays of stupidity.  One of my favorites is the actors who were so pro-Brexit now arguing that they should be exempt from the visa requirements now mandated for them to perform in the EU.  Celebrities in general are not known for their brains.  In one famous interview, Anthony Hopkins went so far to admit that actors are “pretty stupid”.

Another marvelous Brexit moment was when lorry drivers had their lunch of ham & cheese sandwiches confiscated as they drove into the EU.  Remember, the Brits signed onto this, and it included abiding by EU rules, by which travelers from outside the bloc are banned from bringing in meat and dairy products.

So, my question is, has the sheer volume of stupidity always been with us and is just being better reported on today?  Or is stupidity just a growth industry?

I suspect is merely because of the internet and we HEAR of such things more. Also … yeah stupidity is increasing. Such as here in the USA. Our politicians mostly on the right are proving how stupid people are to elect a stupid person.

My guess is it’s both.  They’re multiplying faster than we can save the gene pool via the Darwin Awards.