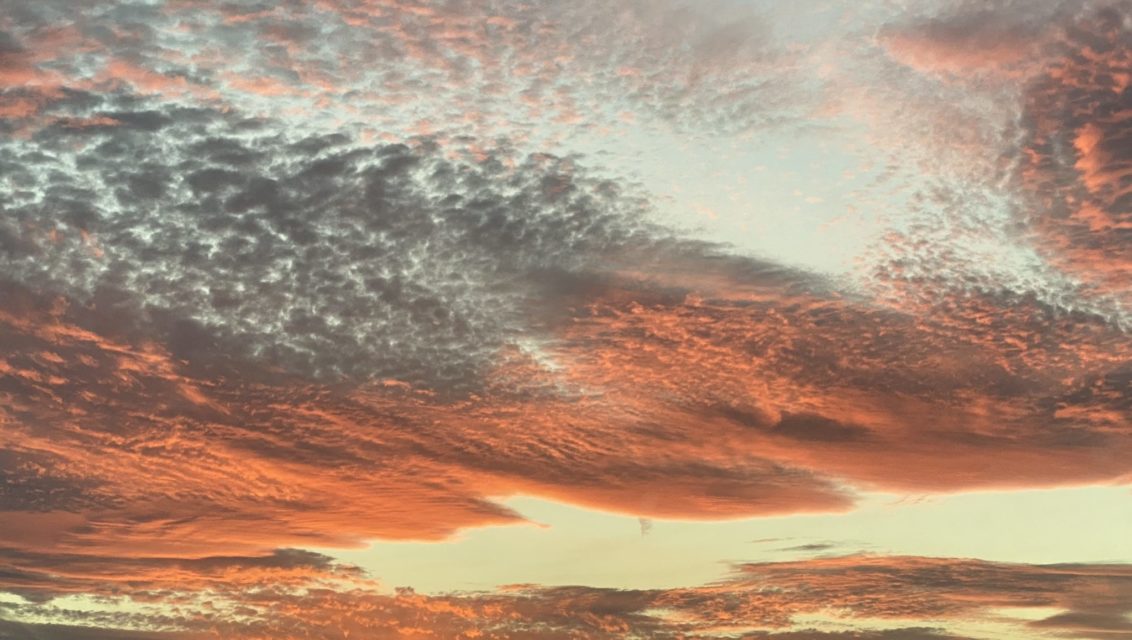 Talk about a long damn night…

My husband and I did a lot of landscaping and yard work the last couple of days…. we planted some canna Lillies no the side of the house and three ground cover roses in front of my knock out roses in the front flower bed of the house….. that way it balances out.  We also laid down rubber mulch… okay that sounds weird I know…but let me explain why..

We discovered a major termite infestation … okay technically last fall but we didn’t have the money to call the exterminator during all the covid crap and the fat that we are on my VA and SSA disability .. my husband has been my caretaker for well over the last 10 years… I have needed his help with my POTS and my PTSD and depression and it is very hard from me to be alone in the house without me having a very severe panic attack…I’m only up right now because he’s at the emergency room… Tigger is very kindly laying next to me in our bed while my husband is at the emergency room (His second trip tonight, we have two hospitals in the area… one is a major one .. New Hanover Regional Medical Center and the other is Novant Medical Center…. New Hanover is the big one but also the worst one… I hate going there…. when I went there for chest pain they did not do the right work up for chest pain and I should know… when I was active duty I was a cardiopulmonary technician and they did absolutely NOTHING right).

Anyways this is what Tigger is doing is doing right now 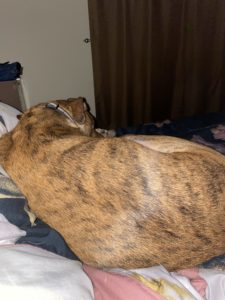 He is curled up on my husband’s pillow… right next to me….

But not even 30-45 minutes later his eye was hurting worse and it was starting to swell up… so he and I made the decision that he needed to go back to the ER but not back to New Hanover…. he wasn’t going back to that hospital anyways, the other is 20 minutes further so he went to Novant…. and there they found two moderate abrasions, one on the upper eye lid and one on the lower eye lid…. and major swelling on the itself and what appeared to be a chemical burn in his eye and at first he thought oh…. maybe the seven dust spray (not the powder we  put on the rose bushes since we have aphids… but that didn’t make sense because that we did two days ago…and this happened after he mowed the grass)… then it hit him…we just had the house treated for termites and he mowed the grass and trimmed around the house…included where the sprayed and treated for the termites..kicking up some of that heavy duty pesticide they put down to kill those nasty buggers…. (which is working by the way I see nothing but their drying husks of bodies around the foundation)…

So they gave him some antibiotic Cipro eyedrops and some hydrocodone (NOT the eyedrops for pain as those are not good for chemical burns in the eyes)… and I’m actually a little pissed (both as his wife and as a former medical professional…. they did a half ass job to start with, well to second with and to start with if a person comes in with a problem with a limb, their life or their eyes, triage says they go in for immediate treatment… we waited in the waiting area in NHRMC for 2 and half hours)….and with this new information my husband had moderate abrasions in his eyes and evidence of chemical burns…WTSF New Hanover….seriously.  Admit it, you didn’t want to deal with it so you just half assed your job and left….you major fuck faced idiots.

I prefer to drive the extra 20 minutes and go to Novant (and by the way they bought New Hanover)…. Not that that instills my confidence in New Hanover…. not in the slightest.

I’m usually asleep by now.. I spent some time playing Animal Crossing New Horizons (my latest addiction)…. and then went out to vape (my replacement for smoking … yeah yeah I know….that and coffee are my two vices and I only have one cup of coffee a day).

I’ll take pictures of my roses and lilies tomorrow, the lilies are amazing, I have two black ones and a pink one…..they are gorgeous.

I stated in my previous entry I thought I was getting new neighbors..not so sure… the house still says pending on Zillow and there were contractors today doing all kinds of work no the house…so who the hell knows…the home owners that lived there and are selling it were slobs.

I think I’m going to go, my husband is nearly home (gotta love the find my feature on Apple)…and he’ll need help with the eye drops… he cannot put eye drops in his own eyes…. he just simply can’t.

Only 12 points on Weight Watchers Green (that’s my plan).

And so so easy to make…I add a little red pepper flake to my balls (“That’s What She Said”)…to give it a little zing….

Hubby’s home…Good Night Folks…See you on the light side of day.