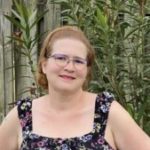 I started Open Diary way back in 2004 when my son was an infant and my daughter was a toddler.. I was also active duty at the time. That was a very long time ago and a whole lot has changed. I am now going on 41 years old, my son is going to be 18 this September and my daughter and I are estranged after a very long battle with her and her mental health issues left our relationship strained. I am now a grandmother without a grandson. Its a sad a sorrowful tale I don't really talk about, it is far too painful.

As for the military I was honorably discharged in 2005 and have been a disabled veteran since 2007. Since then until very recently I was well over 270 pounds something I resigned myself to being after being told by my toxic family was something that was simply in our genes. I'll get into that too.

I have been married to my current husband since August of 2002, our marriage is by no means perfect but it works, if it didn't I would have kicked him to him to the curb many years ago. But here I sit going on 19 years still married to the man, who has diabetes now and battles his own anxiety demons after trying to help me with my PTSD and depression or so many years. (thank you ex husband for the parting gift your abuse gave me).

So why haven't I written sooner or even come back...well for one I haven't had a laptop really for quite some time, I've been on mobile devices (iPhone, iPad, Apple Watch).... no keyboard...I can't stand hunt and peck).

And I'm not on social media. So I'm here.

So.... Moderna Day 4---shot 2: Arm pain has subsided for the most part... I was feeling chilled and thought, eh maybe it's cold in the house but noticed my son and my husband seemed to be not feeling chilled... okay... I didn't take anything besides my normal morning medication (Celebrex, Corlano...
Continue Reading...